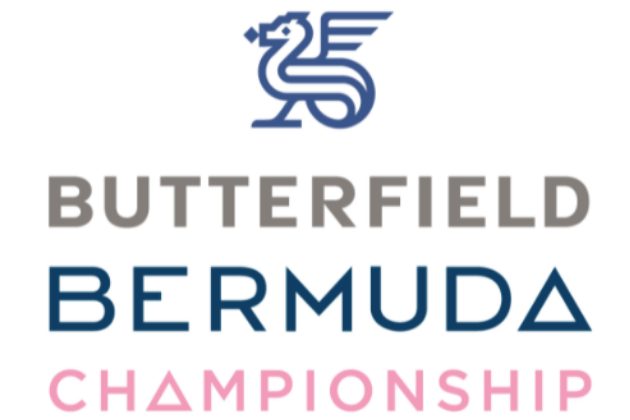 Southampton, Bermuda  — Lucas Herbert has won the 2021 Butterfield Bermuda Championship shooting a score of 15-under for the tournament.  Beating the field by just one stroke, this marks the Australian pro’s first PGA Tour victory and gains 500 points in the FedEx Cup playoffs along with the trophy, title, and just under $1.2 million in prize money.

The final round of the Butterfield Bermuda was a severely blustery day as players had to deal with intense wind and also rain throughout the round.  So much so, that play was delayed due to the weather.  Despite it being only Herbert’s third start since earning his PGA Tour Card, he acted as though he’d won on the biggest stage ever, confidently making several long putts.  On his final hole, he lipped out what would have been a birdie to win by two.

There were others who had their shot to win today too, though.  Most notably was Danny Lee, who started the day at 17-under and was leading by one stroke after the front nine was done.  Sadly, he had a bit of a meltdown going double, bogey, bogey on holes 12-14.  However, he turned it around and was only one stroke off from winning when he birdied the last three holes to finish T2 with a score of 14-under par for the tournament.  Scott Stallings was the man who had the round of the day Sunday, however. Despite the intense weather conditions, he posted a score of 9-under 62.  Ultimately, that earned him a tie for 5th place finish.

Herbert’s win is also notable in that it broke a 5-week streak of PGA Tour winners coming from inside of the top 50 of the World Ranking.  It seemed like many of the world’s best opted to take a break for this tournament.  In fact, there were only three players who began the week inside of the top 50 world rankings.  The lowest-ranked out of the three was Christiaan Bezuidenhout at 43, who finished T57 at 1-under for the tournament.  Matt Fitzpatrick coming off of his European Tour win at the Estrella Damm N.A. Andalucía Masters was 26th in the world and finished with a score of 6-under for the tournament and tied for 30th.

The top-ranked player who entered the week actually had the best chance out of the three to secure his 10th PGA Tour tournament, and that was Patrick Reed.  Reed put together a pretty phenomenal week, marred by several double bogies across his rounds that kept him from winning the championship.  Across the four rounds, he shot two 68’s, a 69, and in the final round, a 65 with seven birdies.

Next week the tour heads to Playa del Carmen, Mexico to compete in the World Wide Technology Championship at Mayakoba.  There, the Norwegian phenom Victor Hovland will look to defend his 2020 title.  He’ll have a lot more intense competition than those at the Butterfield Bermuda this week, though.  Besides Hovland, other notables set to play are Brooks Koepka, Justin Thomas, Gary Woodland, Jimmy Walker, Sergio Garcia, among other top PGA tour talents.

Lucas Herbert’s What’s In The Bag