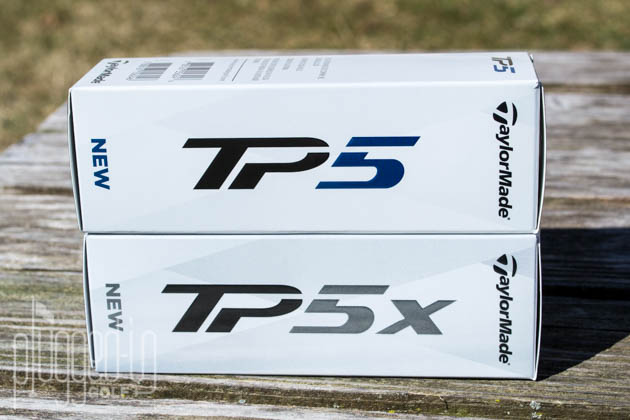 The TaylorMade TP5 and TP5x golf balls are at the top of the game when it comes to performance.  As good or better than anything on the market.

When golf equipment nerds get together, there’s a lot of talk about gear.  However, it rarely centers around the ball.  The TaylorMade TP5 is an exception: I’ve had more golfers talk to me about the TP5 than any other ball in recent memory.  With all this hype, I had to see for myself, so I brought the TP5 and TP5x in for testing. 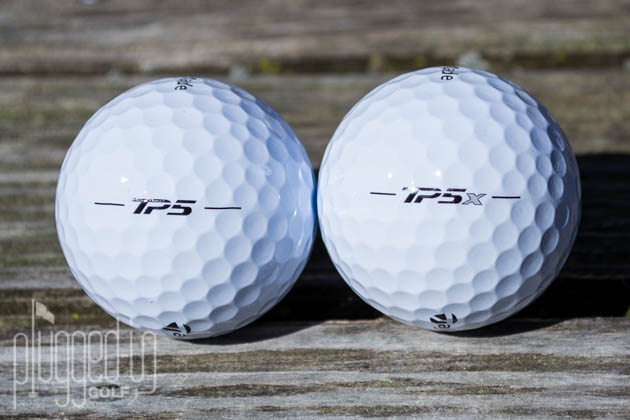 As with most company’s tour ball pairings, the “X” model is billed as being firmer feeling than the standard.  I found this to be the case, but the difference is minute.

I found the TP5 to be damn near perfect.  The “tock” it produced was very muted and low-pitched, but it didn’t have the feeling of being heavy on the putter face like some low compression balls.  The TP5x has a crisper sound that’s slightly higher pitched, closer to the ProV1.  Again, the difference is quite small, and I doubt many golfers would notice it during a round. 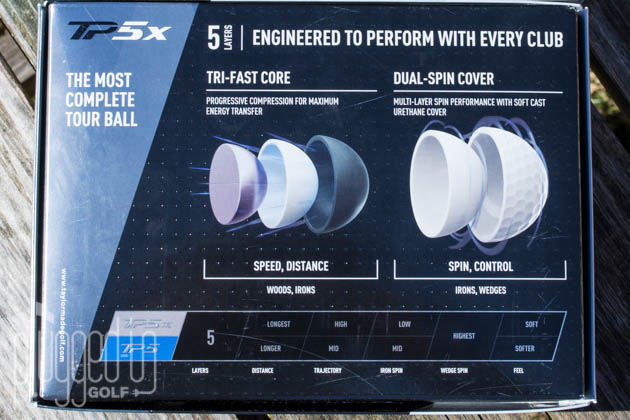 I started my testing of the TP5 balls with short pitch shots and immediately saw the kind of results you’d expect from a urethane-covered tour ball.  On everything from short pitches to half swings to full wedge shots, the spin was as high as any tour ball I’ve tested.

Interestingly, I hit my highest-spinning shots with the TP5x.  The difference wasn’t huge, and both balls are advertised as having “Highest” wedge spin, but I still expected the TP5 to have higher peaks. 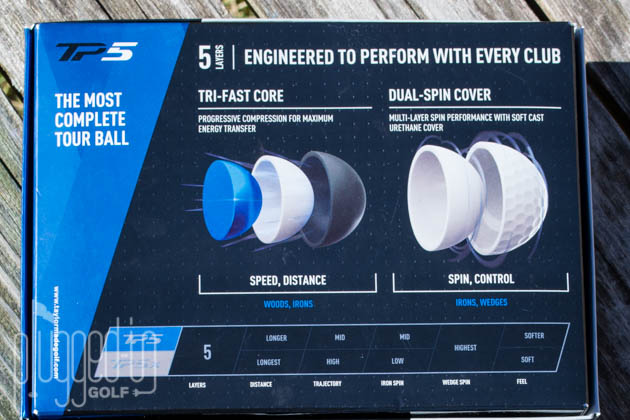 The advertised difference between the TP5 and the TP5x starts with the irons.  Spin with the TP5x is billed as “Low” whereas the TP5 is labeled “Mid.”  My results were in line with this, but the gap was fairly narrow – approximately a 7% difference.  For higher spin players, that difference could be much more significant.

The TP5x is also marketed as being “Longest,” compared to the “Longer” TP5.  My guess is that this is due to the slightly lower spin off the driver.  Again, the difference wasn’t huge for me – about 150 RPM – but I’m a low spin player.  If you’re in the market for the longest ball possible, keep in mind that the TP5 may be longer for you if you need more spin to create more carry distance.

In comparison to other tour balls, the TP5 and TP5x sacrifice nothing.  Both create as much or more ball speed in the long game while maintaining a strong trajectory and fairly low spin. 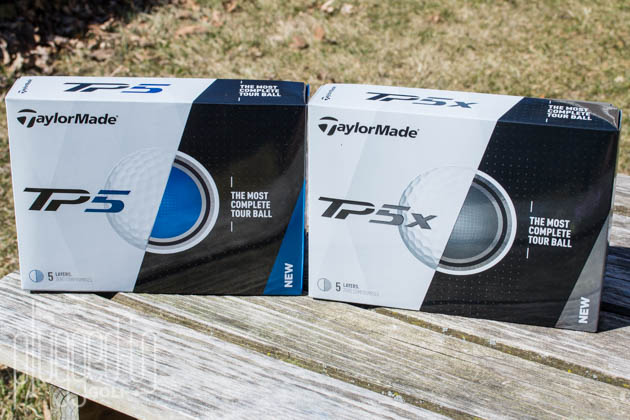 The TaylorMade TP5 and TP5x live up to the hype.  Both balls feel great, with the TP5 standing as my personal favorite at the moment.  More importantly, they perform in every aspect of the game from the tee box to the green. 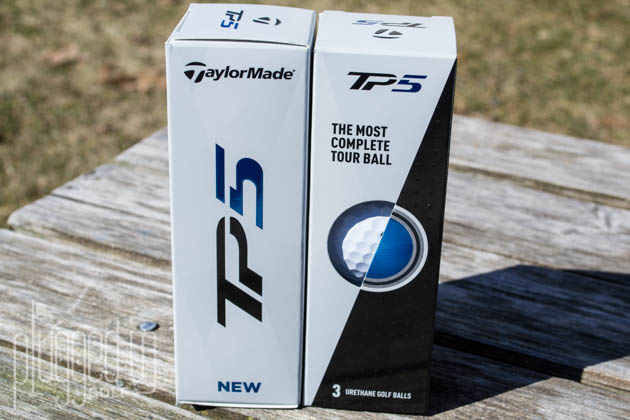 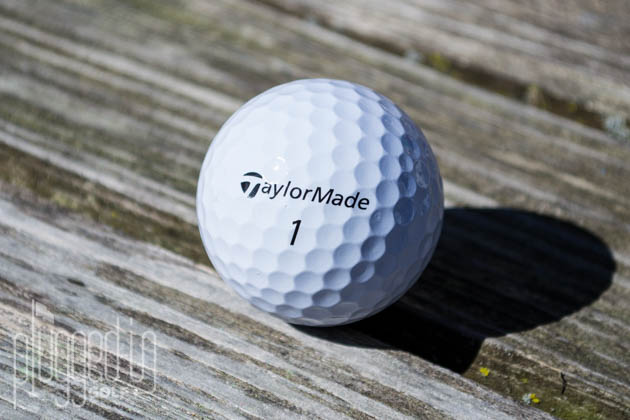 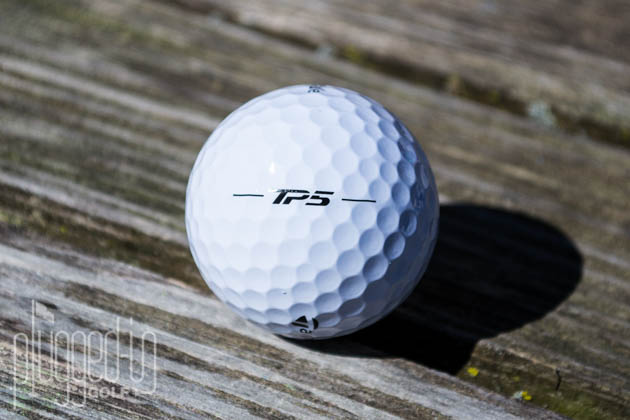 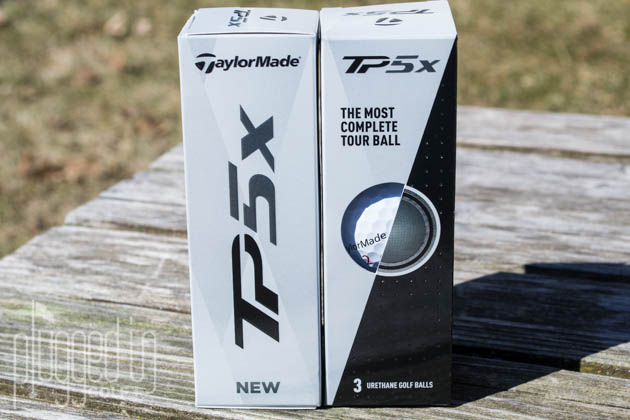 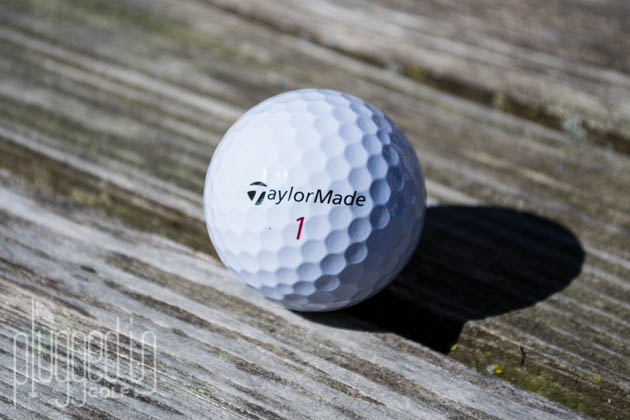 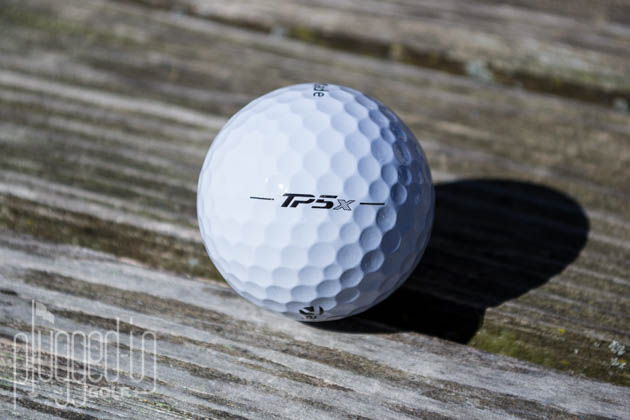