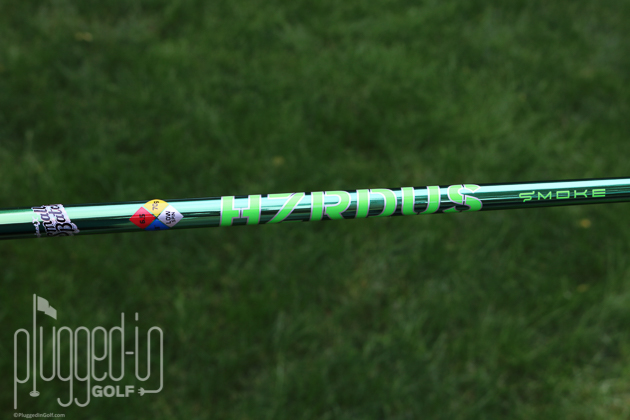 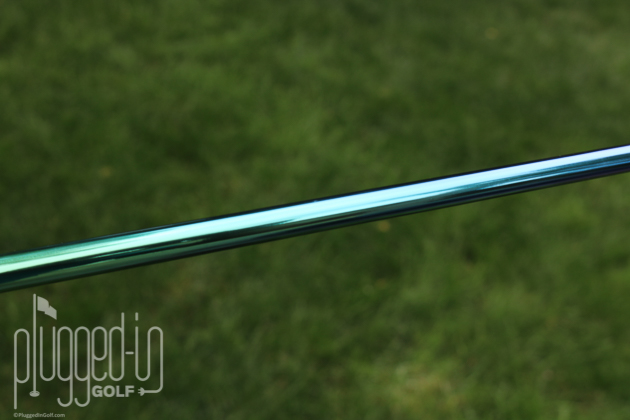 The second generation of Project X’s HZRDUS line, HZRDUS Smoke, has raised the bar for dropping spin.  The HZRDUS Smoke Black (review HERE), has proven to be a favorite among strong, aggressive players seeking more control.

With the release of the HZRDUS Smoke Green, Project X is taking that to even higher levels.  Billed as the stiffest HZRDUS yet, “The Hulk” promises to keep up with the fastest swings. 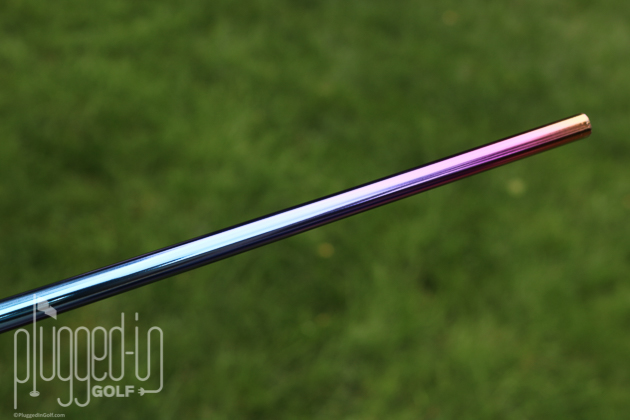 Until now, every shaft in the HZRDUS line has been pretty tame in terms of looks.  If you like that, the HZRDUS Smoke Green is available in a traditional Smoke Grey.

For those seeking more flash, check out the Gamma PVD finish seen in these pictures.  As cool as it looks on your screen, I guarantee it’s better in person.  The majority of the shaft is a shiny green, but near the tip you get blues, purples, and even a hint of orange.

The branding on the HZRDUS Smoke Green is in line with the rest of the family, but with bolder colors.  I love the bright green that “HZRDUS” and “Smoke” are written in.  The hazmat placard near the butt gives the shaft’s specs.  This model is also one of Project X’s Small Batch family, so that branding is there too, in an iridescent silver. 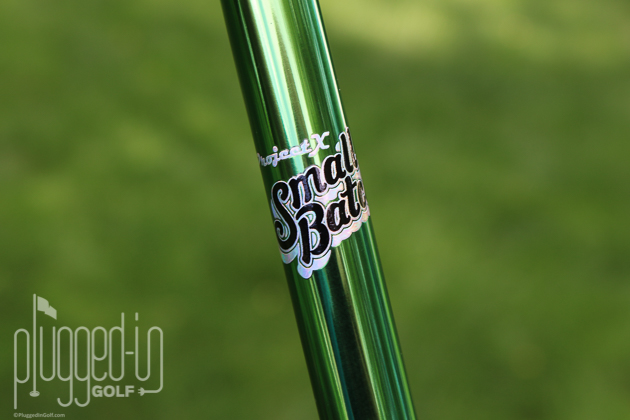 Just a few swings with the HZRDUS Smoke Green had me turning to my thesaurus to look for synonyms for “stable.”  Solid, steady, secure, strong, stout, sturdy, substantial, and, my favorite, immovable, all apply equally well to The Hulk.  This is a shaft that is simply not impressed with your puny swing.

If you think that sounds like the HZRDUS Black (review HERE), you’re not wrong, but The Hulk takes it up a notch.  I could not get this shaft to bend or kick noticeably no matter how aggressively I swung.  What makes The Hulk appealing is that, as strong as it is, it doesn’t feel harsh.

Paradoxically, this uber-stiff shaft had me swinging within myself because I knew that even my most violent efforts couldn’t make this beast kick.  I felt very connected to the club head and knew that I would get whatever result my swing deserved. 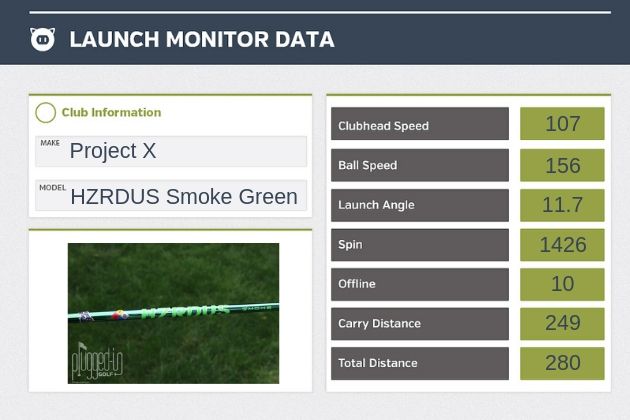 Having tested most of the HZRDUS shafts, I had a pretty clear idea what to expect from the HZRDUS Smoke Green.  I anticipated low spin, low launch, and excellent accuracy.  The Hulk delivered on all counts.

What stood out right away was the low trajectory.  I’ve been driving the ball well lately and getting back to my higher launching ways.  The Hulk knocked several degrees off my launch angle and flattened the trajectory.  If you play in heavy wind or on fast fairways, this is absolutely the shaft you want in your driver.  I was able to adjust my swing to launch some drives higher, but this shaft’s default is low bullets. 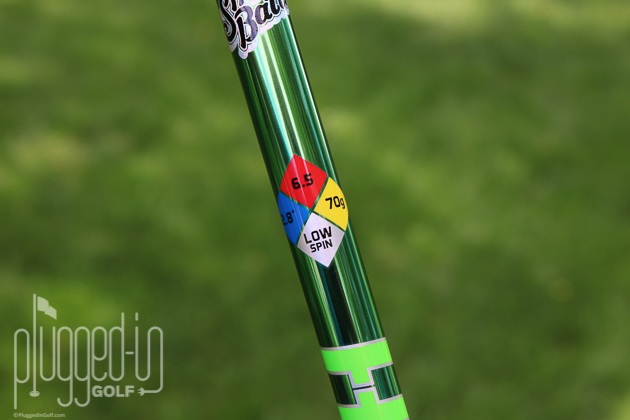 Due to the low spin, the HZRDUS Smoke Green likes to hit straight shots.  There were some pushes and the occasional pull, but my drives curved very little.  With considerable effort, I could hit cuts, but I could not get this shaft to draw. 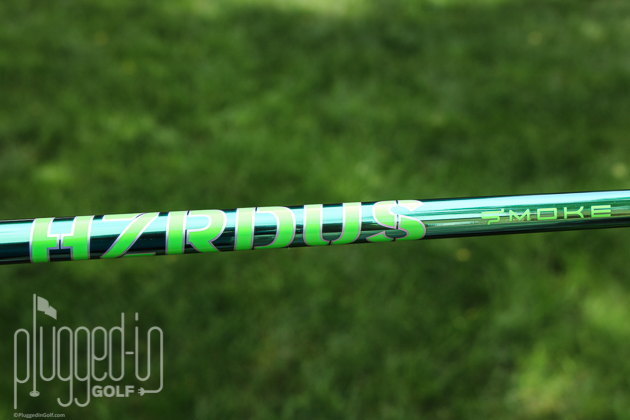 The HZRDUS Smoke Green does exactly what Project X claims: it handles the fastest, most aggressive swings and allows golfers to hit low launching, low spinning shots.  No matter how angry you are when you swing, The Hulk can keep your drives in the fairway.