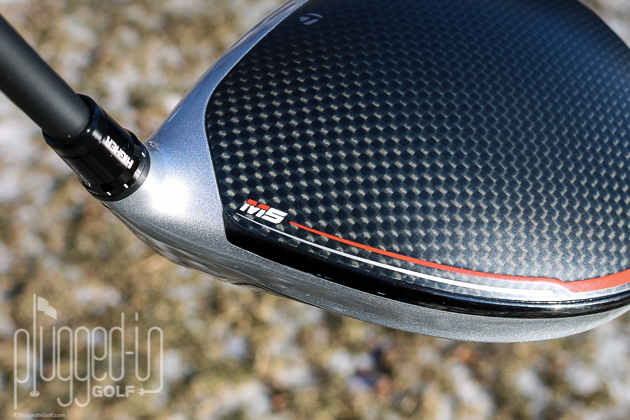 The TaylorMade M5 driver has unlimited potential thanks to its adjustability.  Good forgiveness.  Great sound and feel. 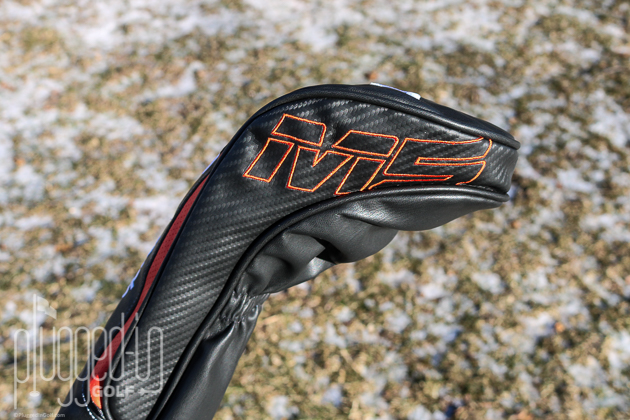 Well before I got my hands on any of the 2019 drivers, I knew that TaylorMade had won the battle for most powerful image.  The picture of a needle being inserted into the face of the M5 driver called to mind baseball’s Steroid Era and balls being launched prodigious distances at historic rates.  Regardless of how you feel about Barry Bonds and Mark McGwire, we’d all like to hit drives like they hit home runs.  Can the new Speed Injected Twist Face make that a reality?  We tested it to find out. 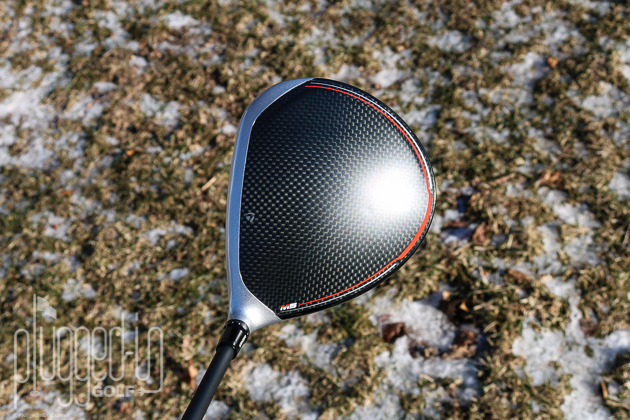 The M5 driver is at once unmistakably TaylorMade and a visual change of pace.  Like the M3 driver, the M5 has a band of silver across the front of the crown, but the band is much thinner on the M5.  Another change is that the ribbon along the back of the crown is now an eye-catching red instead of a subtle blue.  What has remained constant is the matte black carbon fiber that covers most of the crown.

My favorite aesthetic piece of the M5 driver is the pair of Speed Injection ports on the face.  These red screws identify the locations where TaylorMade inserts the “tuning resin” to bring the face down to the USGA limits for COR. 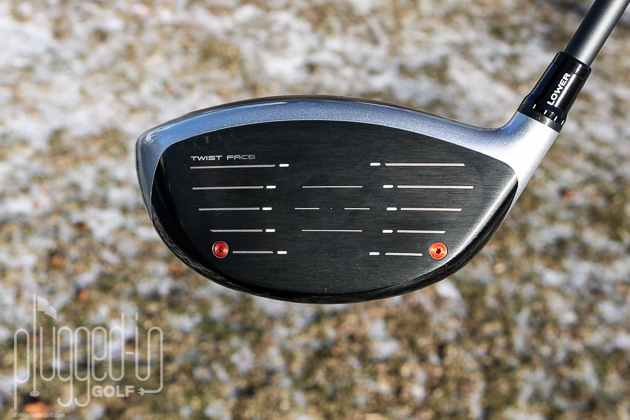 I love the sound and feel of the M5.  It is solid, and it is deep.  On a pure strike, you feel a connection from your hands all the way to the ball.  If you hate hollow, noisy drivers, you need to hit the M5.

Feedback from the M5 is average.  Through my hands, I was able to locate misses with reasonable precision.  Unless I missed the center by a wide margin, the sound was largely unchanged. 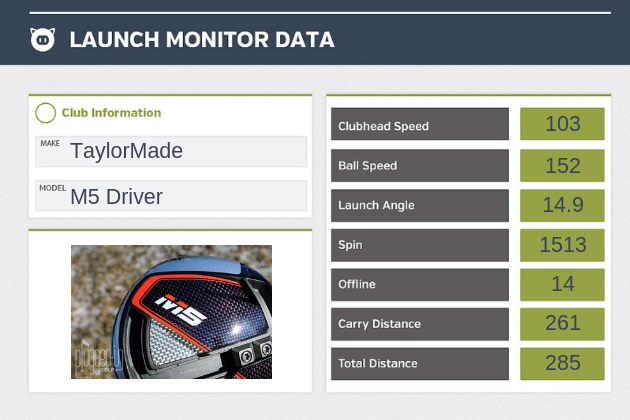 As they often do, TaylorMade has a deep technology story to tell with the M5 driver.  Twist Face returns to keep your drives in the fairway, but now it’s Speed Injected Twist Face.  The injection is designed to make sure that every head tests at – but not above – the USGA limit for ball speed.  As with last year’s drivers, Twist Face is designed with more loft in the high toe and less loft in the low heel to maximize distance and offset some of the gear effect. 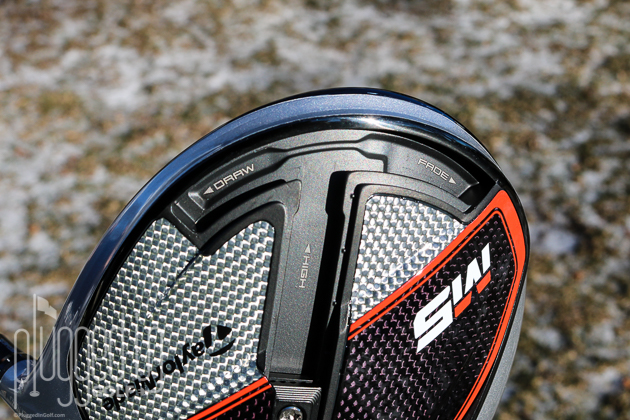 TaylorMade has also changed their adjustable weighting system.  Out is the Y-Track from the M3.  In is the Inverse T-Track.  The benefit of the Inverse T, as opposed to the T-Track seen in the M1 driver, is that the weight which controls shot shape is in the rear of the club, boosting MOI.

In the interest of being comprehensive, I’ll also mention the Hammerhead 2.0 slot.  You can see features like this on woods at many OEMs; it’s designed to improve ball speed on off-center strikes.  I found the forgiveness of the M5 to be good, but it’s probably not the best choice for high handicappers. 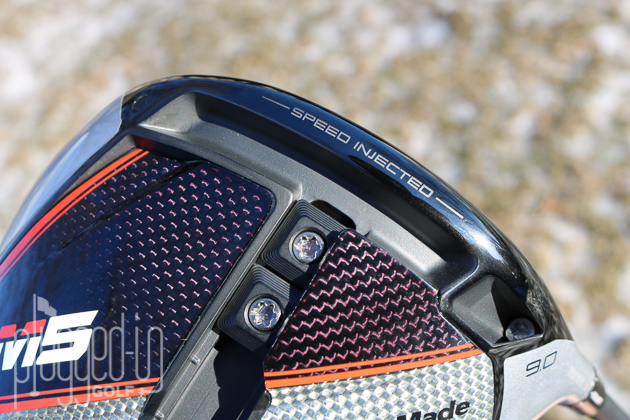 My biggest takeaway from testing the M5 is that it’s really four or five drivers in one.  I’ve never hit a driver with such a range of fitting possibilities.  With the weight loaded forward, it’s as low launching and low spinning as any driver I’ve tested.  Slide both weights back and you’re hitting high, flat bombs.  Moving the weights also changes the feel in the swing noticeably.  Finally, you can go a long way toward fixing a slice or hook by moving the weight toward the heel or toe. 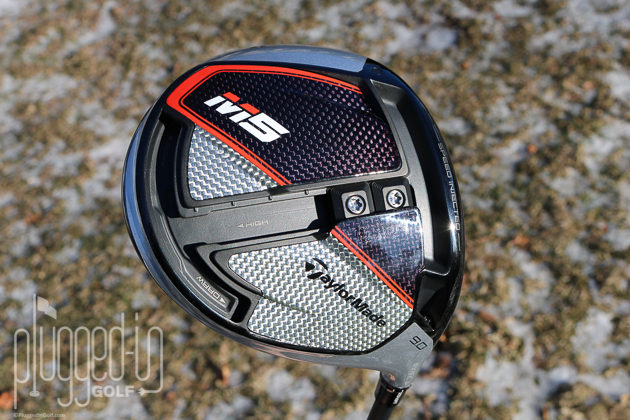 With more adjustability than any driver on the market, the TaylorMade M5 can be a high performer for virtually any golfer.  However, if you’re not someone who loves to tinker, make sure that you meet with your fitter before heading to the course.  Getting this club fully dialed in is going to translate to longer, straighter drives. 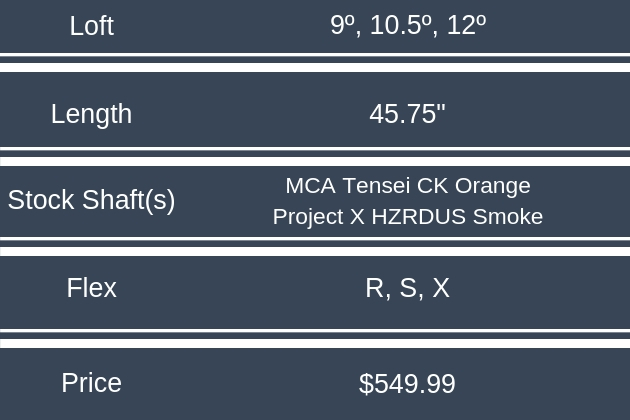