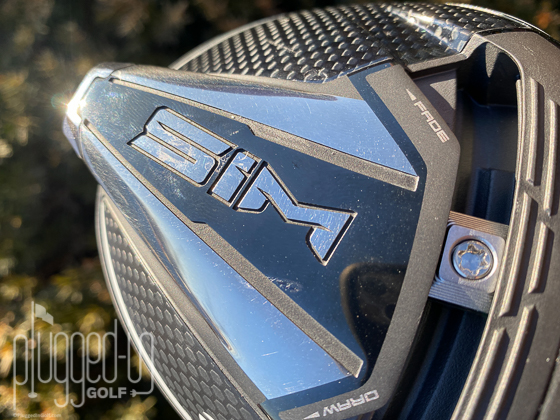 The TaylorMade SIM Driver is a solid performer with more forgiveness than previous TM Tour drivers.  Less adjustability than M5. 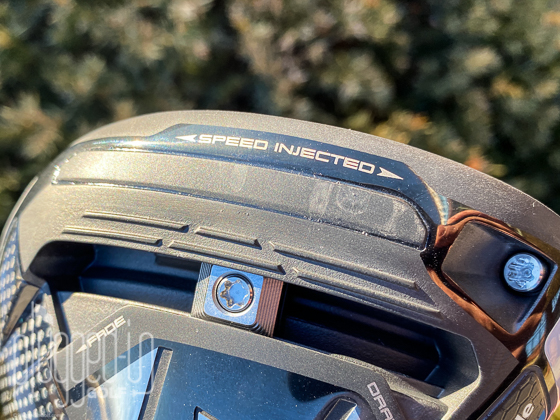 After several generations of M drivers, TaylorMade has changed to SIM – Shape In Motion.  What hasn’t changed is that their Tour model features a weight in a sliding track, though the level of adjustability has been dialed down significantly from last year’s M5 (review HERE).  I tested the SIM driver to see if there’s anything new to be excited about or if it’s another recycled product. 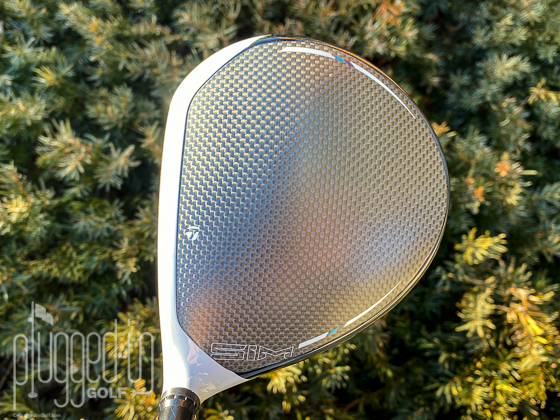 It’s amazing how much difference accent colors makes.  While the SIM driver is instantly recognizable as a TaylorMade thanks to the carbon fiber crown with the white leading edge, the touches of blue offer a stark difference from the orange/red of the M5.

At address, the SIM driver looks pretty typical for a modern driver, just a shade on the compact side.  In comparing the SIM to the SIM Max and SIM Max D, the standard model is the shortest from front to back and it has the shortest face.

When you flip the club over, the asymmetrical sole design grabs your attention.  Is the long, angular weight visually jarring?  Absolutely.  But we’ve been through square drivers, white crowns, and all other kinds of bizarre looking drivers; an asymmetrical sole weight can easily be overlooked if the club performs. 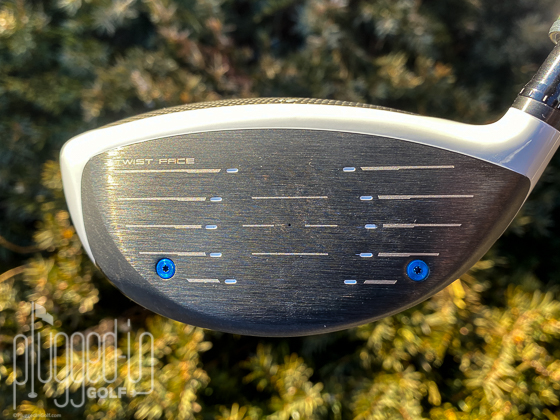 While I’ve had mixed feelings about some of the recent TaylorMade drivers, the sound and feel of their Tour models has been consistently excellent.  The SIM driver is quiet, even indoors, with a solid, mid-pitched sound.

Mishits are hard to hear but fairly easy to feel.  The impact sound does become slightly more hollow on misses, but it doesn’t change pitch or volume dramatically. 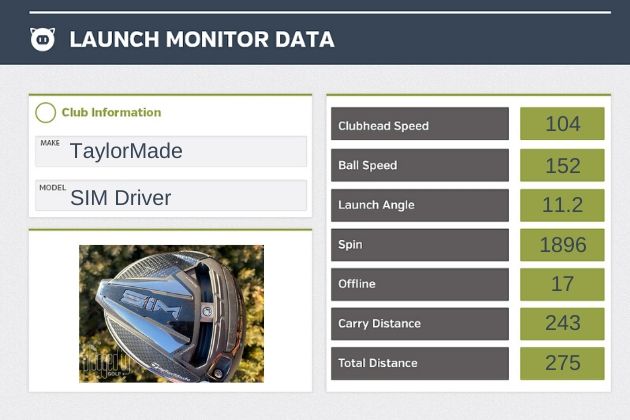 The main talking point for the new SIM driver family is that it makes no compromise between aerodynamics, forgiveness, and optimal launch conditions.  TaylorMade claims that this is made possible by the latest generation of carbon composite material which saves weight which is placed in the “Inertia Generator” at the back of the sole.

In my testing, I found the TaylorMade SIM driver to be more forgiving than the M5 with good ball speed on center and on misses.  I wouldn’t rate the forgiveness as elite, but it’s a solid upgrade over previous TM Tour drivers.

When it comes to launch and spin, the SIM is low launching and spinning.  I tested a 10.5 degree model – I normally game a 9 degree – but was seeing most drivers launch around 10 or 11 degrees.  Similarly, despite the additional loft, my spin was consistently under 2000 RPM. 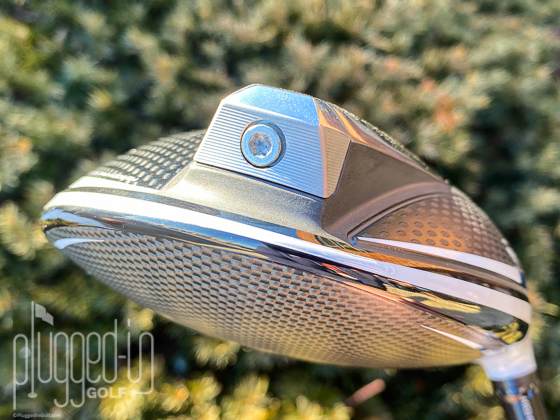 As mentioned earlier, the SIM driver has one sliding weight in a channel near the face.  This is less adjustability than the M5 which had two weights that traveled through a channel that went front-to-back and heel-to-toe.  TaylorMade states that this 10 gram sliding weight allows for 20 yards of draw or fade bias.  I found that sliding the weight to the extremes made a difference on centered strikes but wasn’t enough to save a slice or hook.

One feature that is new to the SIM driver family is Progressive Face Heights.  TaylorMade has studied the correlation between handicaps and impact locations and designed each of the three drivers with appropriately sized faces.  The SIM driver is the smallest, meant for the best players.  The SIM Max has a face which is 8% larger, the SIM Max D is 18% larger.  Putting these drivers next to each other, the difference is obvious, and players should consider their visual preference when deciding between these clubs. 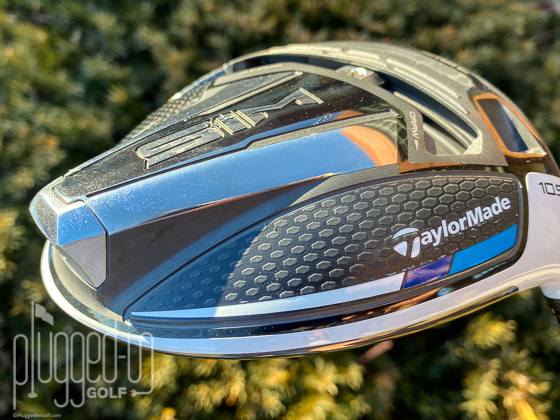 The TaylorMade SIM driver indicates a change in direction away from Tour drivers that are Swiss army knives of adjustability towards ones that are more playable.  If the low launching, low spinning profile fits your swing, I think you’ll enjoy the improved forgiveness and likely won’t miss the extra sliding weight. 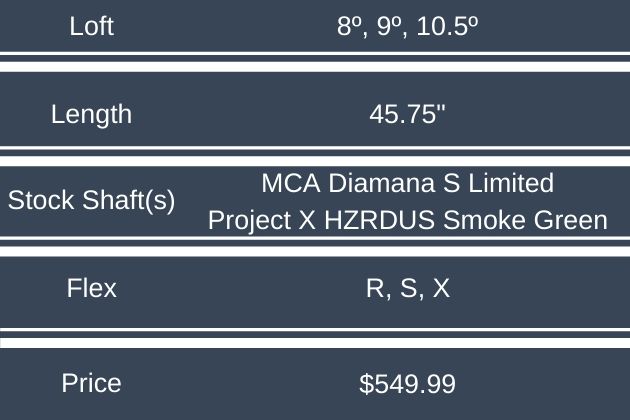