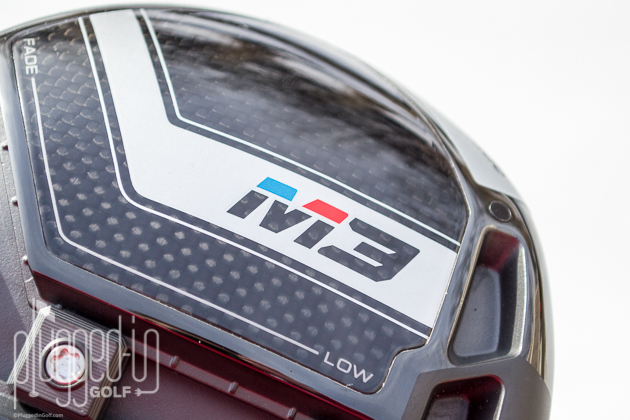 The TaylorMade M3 driver introduces the new Twist Face technology aimed at helping golfers hit the ball longer and straighter.  Updated adjustability.  The M3 is the “replacement” for the previous generations’ M1 woods. 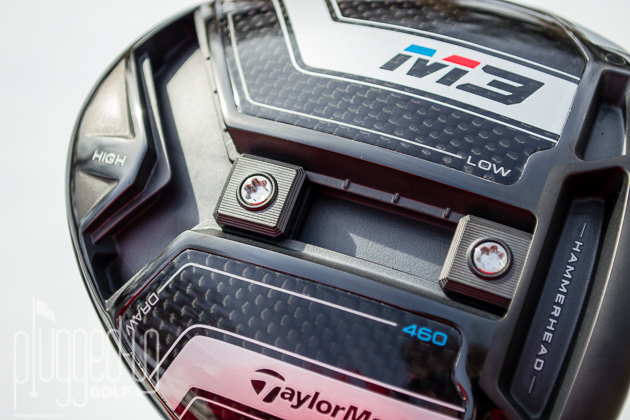 The 2018 equipment season brought quite a face lift to the TaylorMade driver lineup.  As much as I regret to say it, that pun is intended.  That’s because one of the biggest additions to the new TaylorMade M3 driver is the amateur-friendly Twist Face.  Twist Face technology is designed to make the M3 more forgiving with a corrective face curvature.  As the M1 replacement, the M3 has a double weight system to control the CG, but it’s different than the former T-Track. 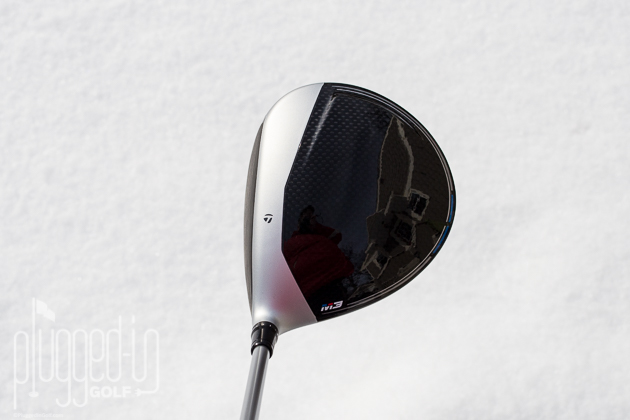 From a shape perspective, the TaylorMade M3 driver is very similar to its M1 predecessor.  The most notable changes are in the color schemes.  Yes, the 2018 woods still have the black carbon crown but gone are the neon colors and the white topline.  TaylorMade went with a red, white, and blue paint scheme and swapped out all white accenting for a new silver.  Frankly, I’m still undecided whether I like the silver or white better, but both colorways are pretty slick.

The M1 driver wears its 460cc footprint well with a pear taper in its shape.  I find the 460 M3’s toe to sit a bit higher at address. The higher toe hardly reminds me of the old R9 Superdeep, but there is a little upward pitch.

Given the concept of the Twist Face, it’s reasonable to think the face could look a little funky at address.  Throughout my testing, I found it very difficult to notice anything different looking down at the club.  Overall, the M3 sets up very nicely on the tee box. 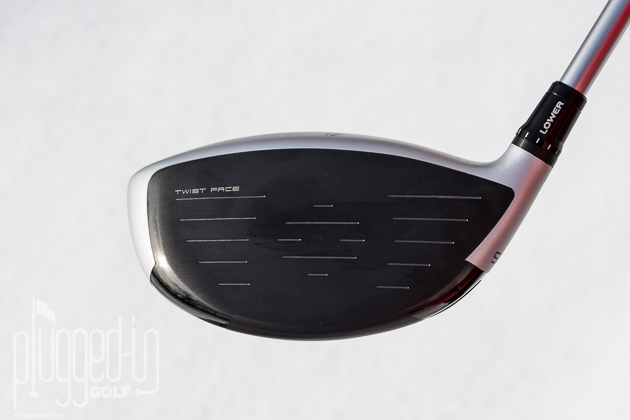 Sound is an area where the TaylorMade M3 driver caught me a little bit by surprise.  The sound is very solid but is quite a bit louder than its M1 predecessor.  Additionally, the sound is a touch more metallic than the M1 drivers.  Don’t get me wrong, the M3 sound is far from the old “ting” driver sounds and still has a “crack” element to it.

The M3 driver’s feel is very solid and has a bit of extra pop to it.  At the risk of sounding ridiculous, a well-struck shot has a little electricity to it.  Paired with the right shaft, the M3 has a ton of life and response.  I’ll cover it more in the next section, but shots toward the heel and toe feel much better than I’m used to from other drivers.  I’m not saying those misses feel as sweet as the center of the face, but you should be able to see what I mean in your own testing. 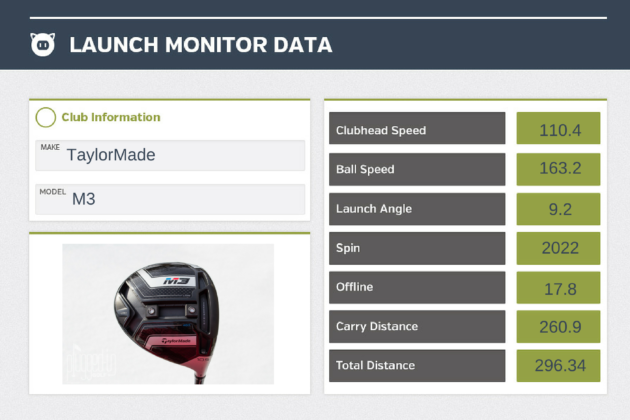 By implementing the new Y-Track in the M3 driver, TaylorMade made a major change to the way their weights are adjusted.  Previously, the fade or draw bias was done via a weight closer to the face and adjusted in a straight line.  TaylorMade’s M3 now accomplishes this with a weight toward the rear of the club that travels on a diagonal track to influence the shot shape.  The second weight slides forward and back similar to the ’17 M1 driver.  The biggest difference is that this weight can move slightly closer to the face and not as far to the rear as before.  If you really want a rear CG placement, put one weight all the way back in the draw slot and the other in the fade slot.

Another performance feature implemented in the newest M drivers is the Hammerhead slot behind the face.  This design feature is supposed to make the M3’s face more forgiving.

The reinforced outer portions of the slot allow for a lighter, more flexible face, while the center portion of the slot increases ball speed on low-face strikes and drops spin for more distance.

I don’t have loads of scientific data to support the Hammerhead design, but I do believe it helps.  Before even reading about the design, I was noticing shots low on the face were coming off oddly hot.  Admittedly, they were super low launching and my carry suffered a bit, but the ball maintained speed.  Normally I find that shot slowly tumbles down into ground at about 2/3 of my normal distance.  Like the M4, the M3 bailed me out of that low-face shot more than once and had good ball speed. 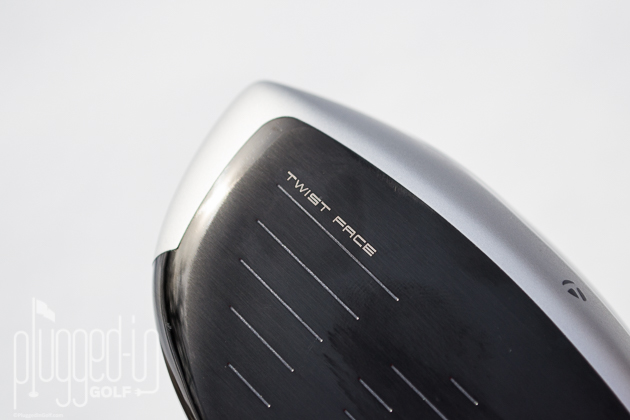 In order to discuss the Twist Face, it’s important to understand the design first.  TaylorMade created a face with curvature that added more loft in the high-toe and less loft in the low-heel.  What is this supposed to do?  These areas of the face are the most common misses for golfers and this design should help them by controlling the side spin that may cause you to lose control of your shot.  The graphic below helps explain how this is supposed to work.

We know what the Twist Face is designed to do, but does it actually work?  Most golfers know that dreaded feeling of hitting the toe or heel and the subsequent shot.  For me, there was an obvious difference in those misses.  Twist Face is designed to help when you miss the sweet spot with a relatively square face.  Hitting the ball in the problematic regions doesn’t magically become a good shot.  This is where it’s important to understand that a slice or hook face-to-path will still slice or hook.  My experience was that the ball got in the air (and stayed in the air) more easily and flew straighter. 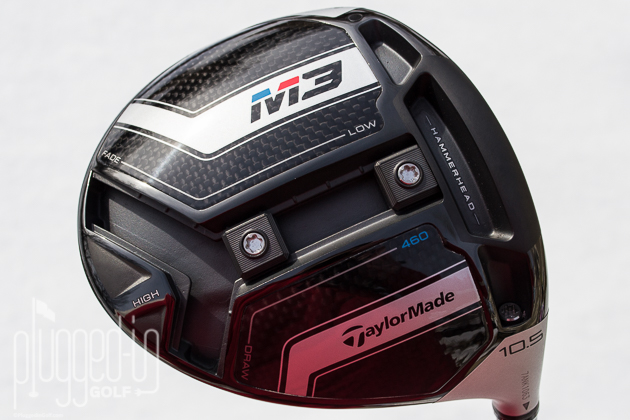 I believe a few small changes really paid off in the TalyorMade M3 driver.  The adjustability of the new Y-Track makes the M3 capable of being more finely tuned to get the exact flight and feel a player is looking for.  While the new Twist Face may not benefit someone who hits it on the screws every time, it made a notable difference for me.  I don’t think Twist Face is a total life saver, but it provides a little extra aid for less than perfect strikes.  I can’t speak for everyone, but as an amateur golfer I’ll take all the help I can get.  I admit and embrace my golf imperfections!  If you’re looking for a new driver with forgiveness, good adjustability, and strong performance, the TaylorMade M3 should definitely be on your radar. 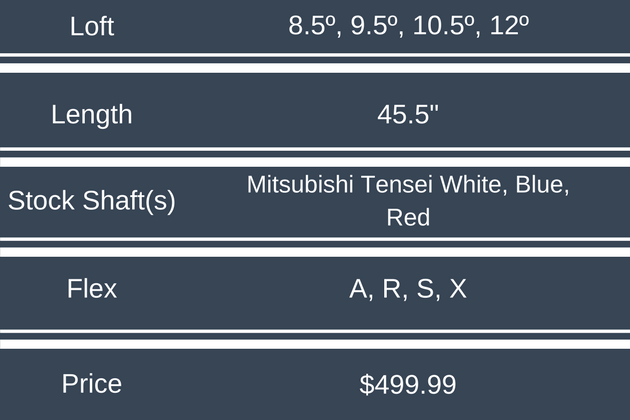 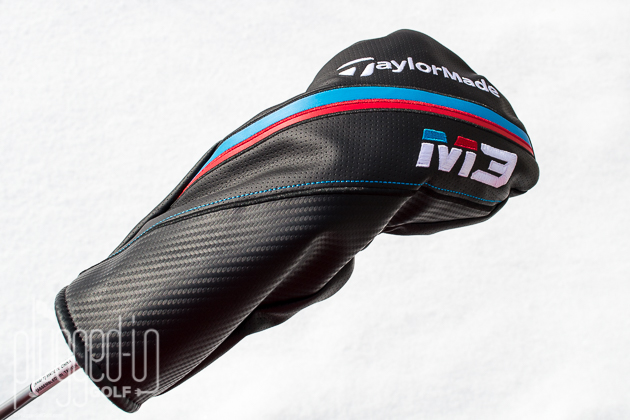 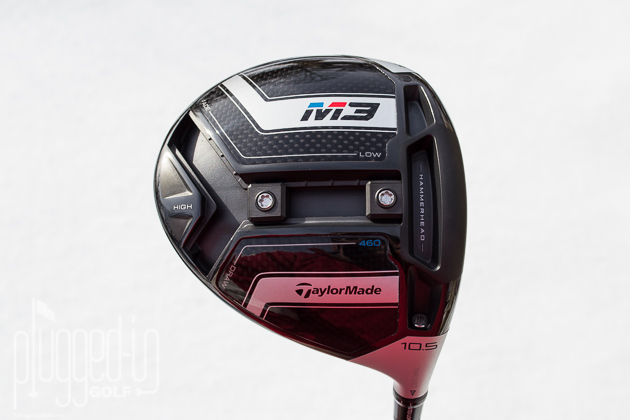 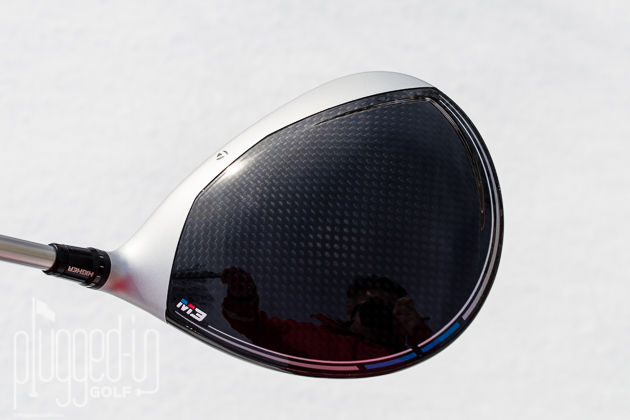 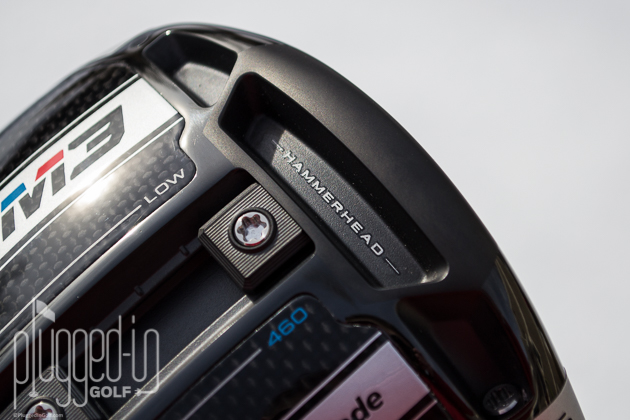 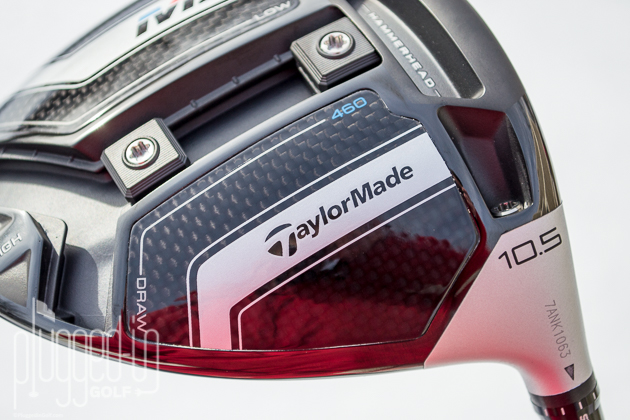 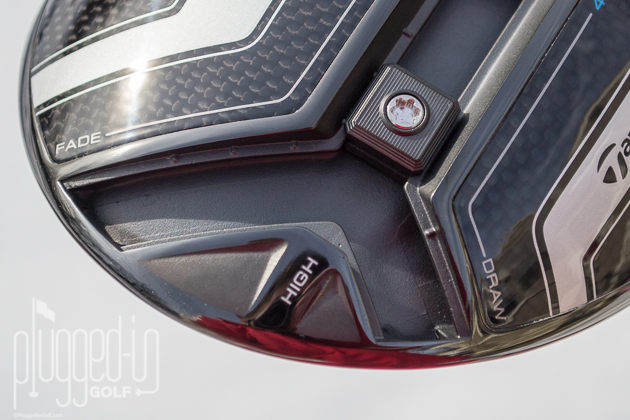 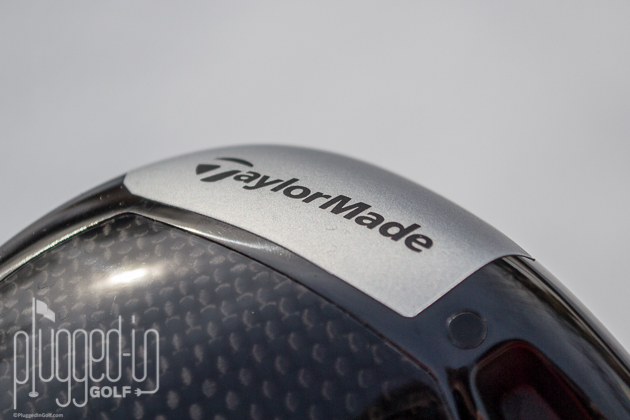 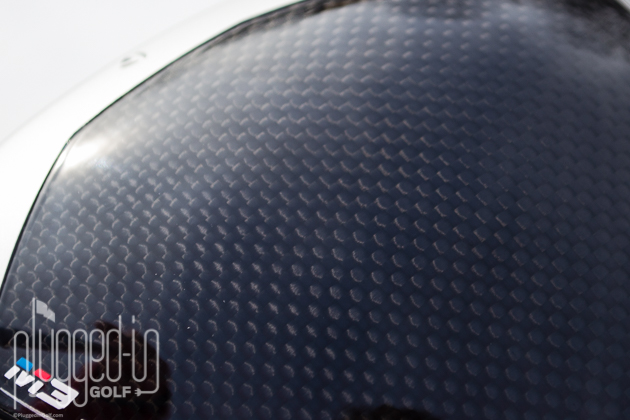 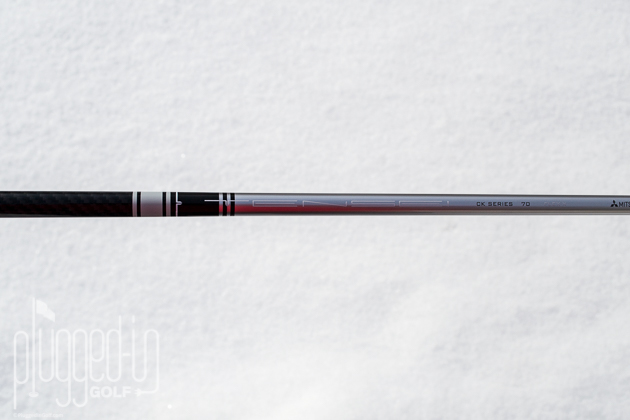 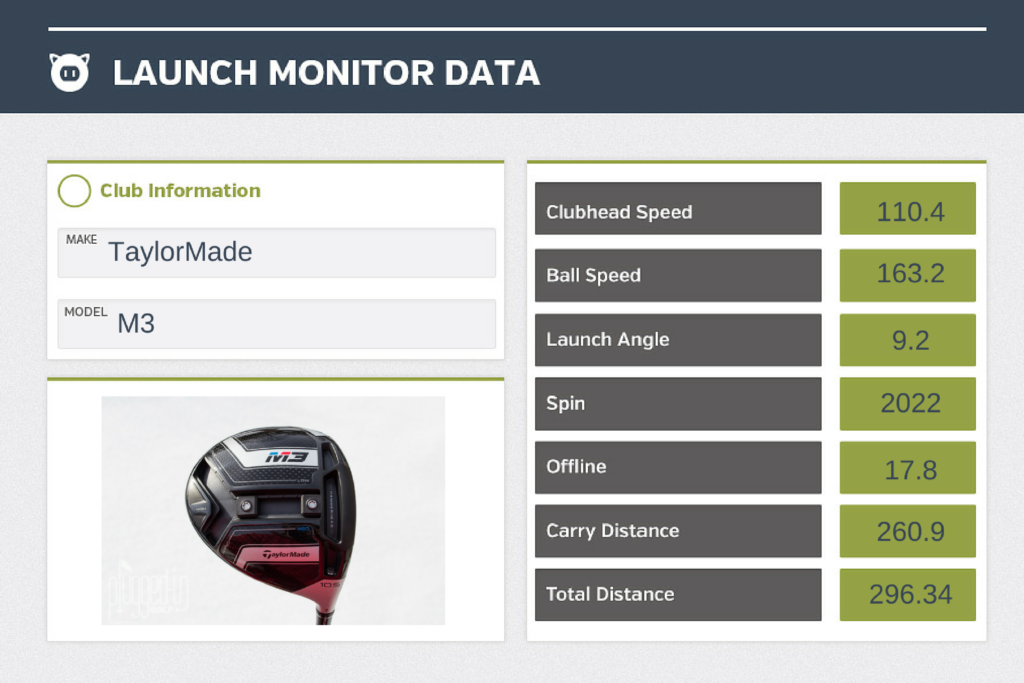