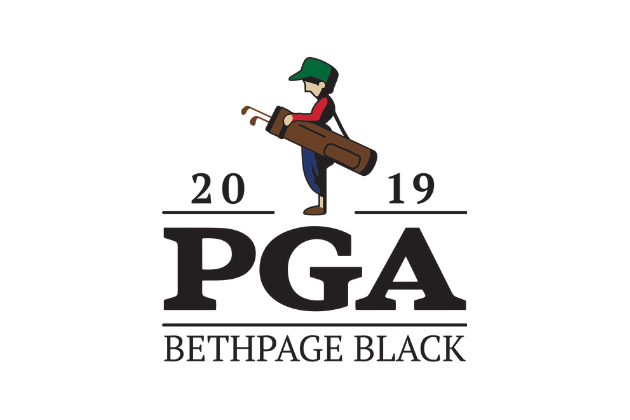 Koepka claims another major at the 2019 PGA Championship

Farmingdale, NY – Brooks Koepka (-8) was on another level than the rest of the field this week at Bethpage Black.  As the world’s top players struggled to break par over the course of four rounds, the 29-year-old American and defending PGA champion Koepka made it look easy, racing to -12 by the end of the third round, thanks largely to his opening rounds of 63 and 65.  As a result of his impressive play, most of the field remained distant in his rearview mirror throughout the weekend.

Though it looked like it would be a runaway, Dustin Johnson (solo second, -6) managed to make it interesting down the stretch, with the help of a string of bogeys from Koepka as he went around in 74.  Though his late charge came up just short after bogeys on 16 and 17 on Sunday, Johnson was the only player in the field to card all four of his rounds in the 60s, shooting 67-67-69-69 on a golf course that was playing incredibly difficult.

Other notable finishes included Tiger Woods, who missed the cut in his first appearance since winning the Masters; Jordan Spieth, who made good on his claims that his slump is over with a T3 finish at -2; and Rory McIlroy finished in a six-way tie for 8th at -1 after shooting a pair of 69s on the weekend.  Patrick Cantlay and Englishman Matt Wallace also had great weeks, having tied with Spieth for second.

With the victory, Koepka claimed the fourth major of his career.  He has now won four of the last eight majors contested and cemented himself as the best player in the world right now.  He also now has the unusual distinction of having won twice as many majors as he has regular PGA Tour events.

Next week, the PGA Tour heads to Colonia CC in Texas for the Charles Schwab Challenge.  Some of the notable players in the field include Rickie Fowler, Tony Finau, Jordan Spieth, and Xander Schauffele.