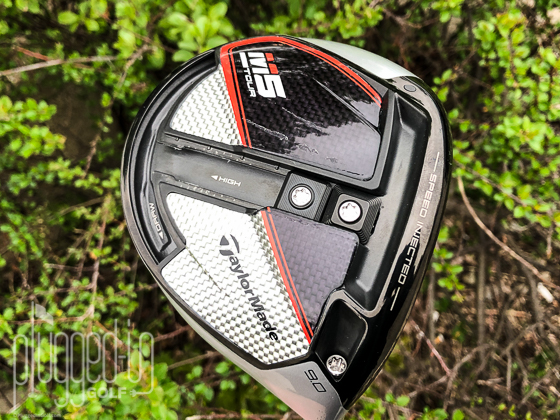 The TaylorMade M5 Tour driver is a more compact version of the hyper-adjustable M5.  At 435cc, it is substantially smaller than the standard version.  Some drop in forgiveness, but not as much as you might expect. 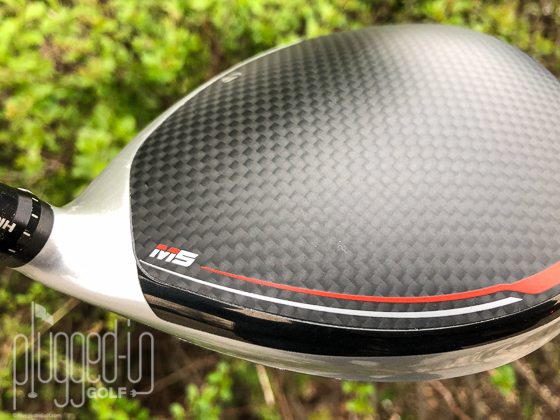 Outside of blade irons, there is no clearer way to announce that you’re a player (or at least that you think you are) than pulling out a sub-460 cc driver.  TaylorMade makes that a possibility with the introduction of their M5 Tour driver.  At “only” 435 cc, it’s noticeably smaller than the standard M5.  I was eager to test it to see if the beauty came at the cost of performance. 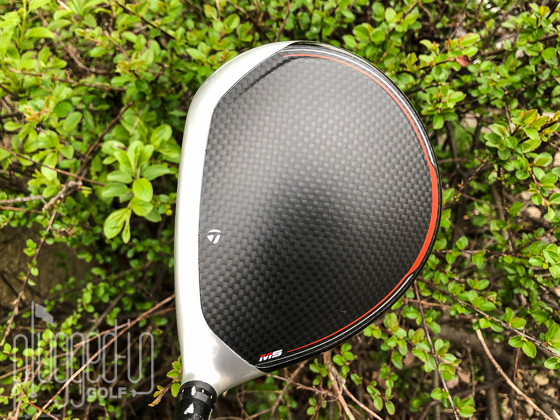 In terms of the design, the M5 Tour driver is identical to the standard M5 (review HERE).  Matte black carbon fiber is the dominant element in the crown, and it’s abutted by a ribbon of silver at the front edge.

Just like on the standard M5, my favorite aesthetic piece is the pair of Speed Injection ports on the face.  These red screws identify the locations where TaylorMade inserts the “tuning resin” to bring the face down to the USGA limits for COR. 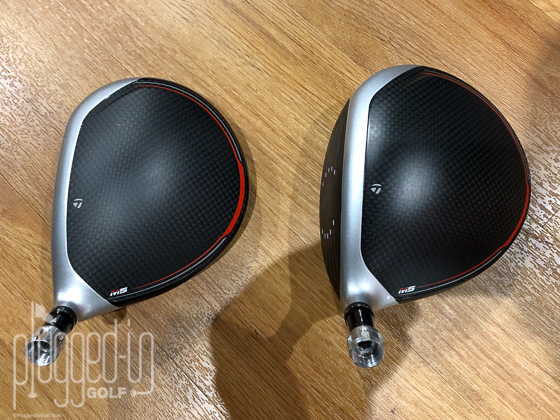 The big difference between the M5 Tour and the M5 is the size.  As you can see above, the M5 Tour is smaller in every dimension but primarily from front to back.  There’s also a subtle shape difference, with the M5 Tour having a very slight pear shape instead of being symmetrical. 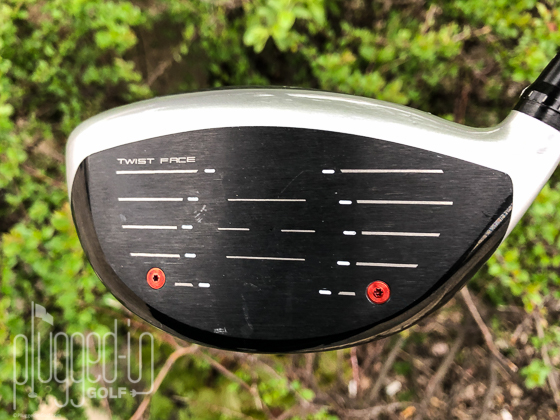 The sound and feel of the M5 Tour driver are identical to the standard M5.  Impact sounds solid and low pitched, and centered shots give you a great feeling of connection to the ball.  For players that like a more traditional sound, the M5 Tour hits the spot.

One difference between the M5 and the M5 Tour is the feedback.  With the smaller head, it seemed I was able to feel the misses more acutely.  That could be all in my head, but I felt that the M5 Tour didn’t cover up misses quite as well. 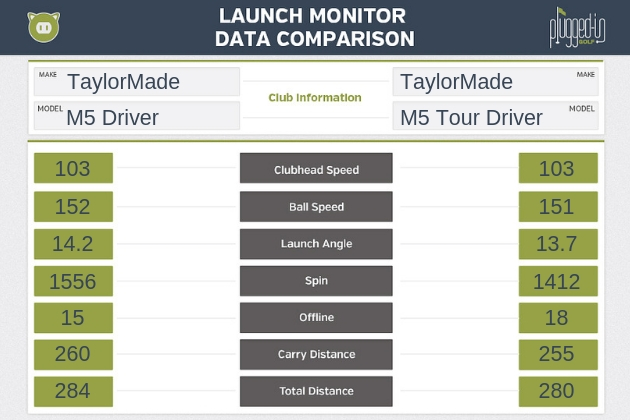 The M5 and M5 Tour drivers make use of all the same technologies.  Both have Speed Injected Twist Face for maximum ball speed and improved accuracy.  The Hammerhead 2.0 slot in the sole makes shot low on the face faster.  Finally, the Inverse T-Track and two 10 gram weights make the M5 Tour as adjustable as any driver on the market.

For me, the big story with this driver is that it’s many clubs in one.  There are so many possible weight settings that this driver can go from optimal to dismal with a few turns of a wrench.  Overall, spin is lower with the M5 Tour, and the lower MOI means that the draw and fade bias can be even more extreme.

Last season, we put smaller drivers to the test against their larger counterparts (read more HERE).  Much of what we saw in that test was mirrored in my testing for this review.  With the smaller M5 Tour, there was less forgiveness.  It’s not an enormous difference, but it’s measurable.  For someone who wants all the help available off the tee, downsizing to the M5 Tour doesn’t make sense. 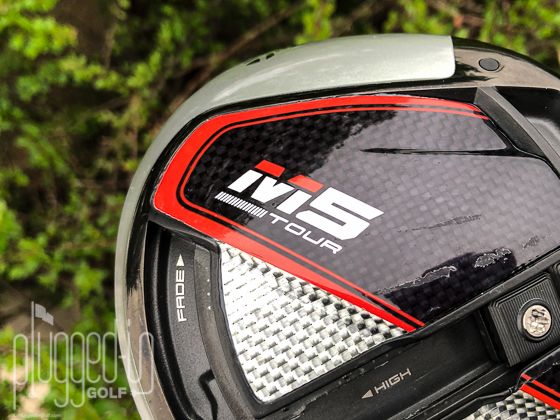 Do you need to be a plus handicap to game the TaylorMade M5 Tour?  Certainly not, but be aware that you are trading some forgiveness for your preferred aesthetics.

As with the standard M5 driver, the level of adjustability is impressive, but that puts a greater importance on being fit.  Within one club, there are many options – some optimal, some that will leave you playing from the trees. 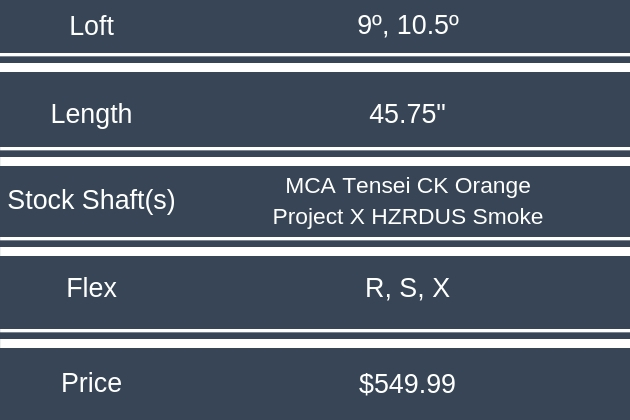