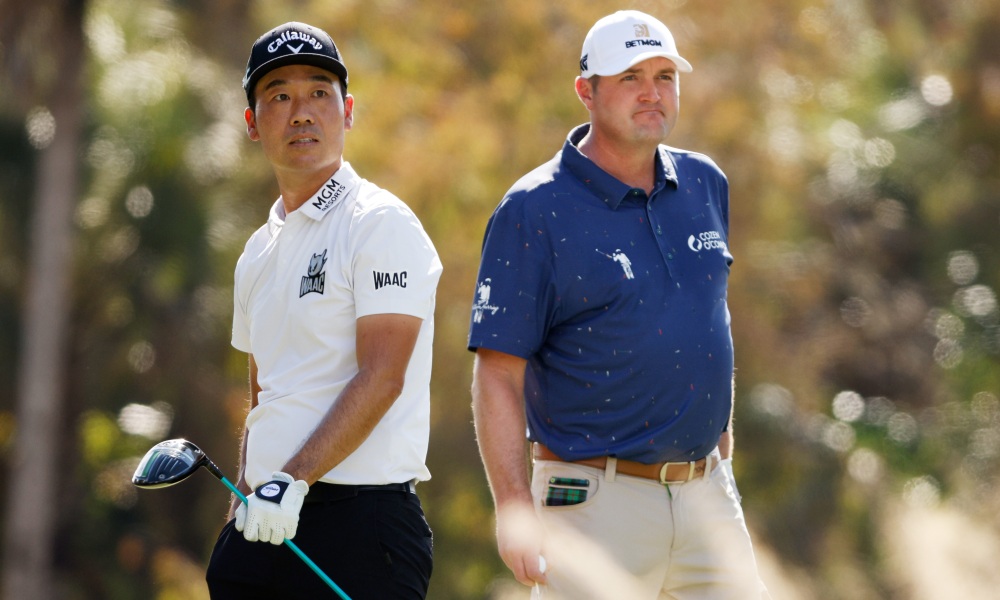 Naples, FL – In a time of year where most aren’t focused on golf,  Kevin Na and Jason Kokrak took advantage to win the 2021 QBE Shootout at Tiburon Golf Club in Naples, Florida.  The Na-Kokrak duo overcame a 3-shot lead with an almost perfect final round back nine en route to their first victory as partners.

Saturday’s alternate shot allowed Australian pair Jason Day and Marc Leishman to take a 3-shot lead going into Sunday.  Marc caught lightning in a bottle by holing out three times in the first two rounds.  3-time QBE Shootout winners Matt Kuchar and Harris English also held the lead on Saturday before Leishman and Day made an eagle on 7.   They continued their good fortune on Saturday with birdies on 5 of their last 8 holes to secure a comfortable lead for Sunday with hope they could win this event for the fourth time.  Kevin Na and Jason Kokrak had other plans on Sunday, however.

The final round best ball format typically brings low scores.  Na and Kokrak took it to a whole other level.  While they opened their final round with a pedestrian front nine of 32, which was their same front nine score as Saturday, the tournament wasn’t out of reach quite yet.  Their fortune turned on the back as the pair got hot and made everything they looked at.  They birdied every hole except the par-4 15th hole on the back nine to card a 12-under 60 and barely edge out Billy Horschel and Sam Burns for the win.

The PGA Tour will break until the new year when the 2022 schedule begins with the Sentry Tournament of Champions in Hawaii.