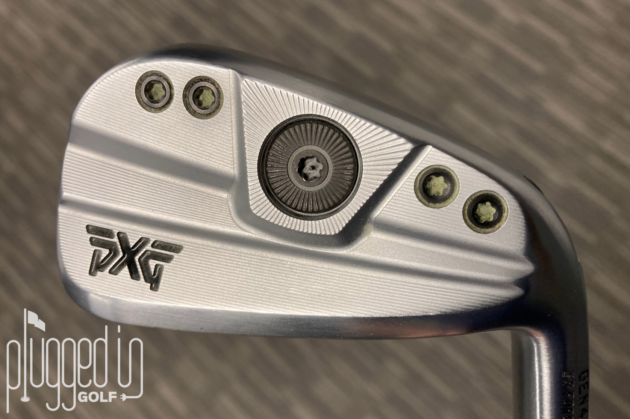 The PXG 0311 T GEN4 irons are the slim, blade-like model in the PXG GEN4 line.  Packed with new tech, the iron looks and feels as good as it performs.

You can’t set your watch to PXG’s product release calendar the way you can with many OEMs.  If you did, you’d never make your tee time!  The Scottsdale-based company only releases new clubs when they want to.  And they only want to when they have something demonstrably better for golfers to use.  I hit the new 0311 T and dove into all the tech behind it to find out what PXG’s new tour-inspired irons have to offer. 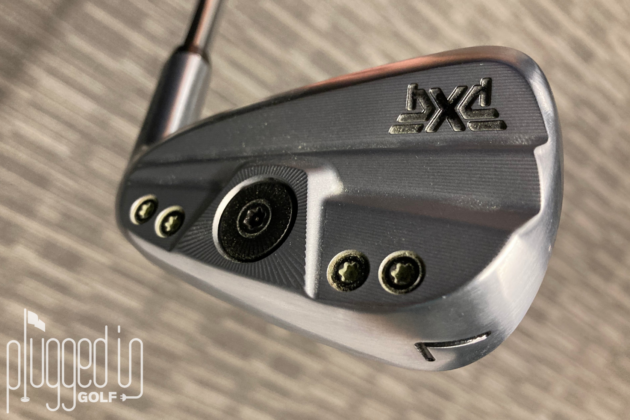 So, so good.  Cosmetically, they’re just packed with sex appeal.  From the satin finish to the intricately detailed milling on the back of the club, the aesthetics are off the charts.  You may also notice a different look to the back weighting, with one large weight now present in the center.  More on that later. 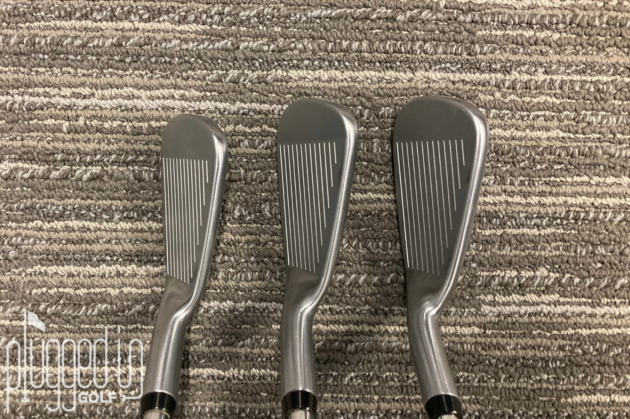 At address, you’re looking at a compact blade length with minimal offset and a thin topline.  This is exactly what better players want to see when they prepare to hit a shot.  Looking at the three GEN4 irons next to each other gives a good sense of how compact the clubhead is compared to the others and what type of player each iron is meant for.  Above, the T is on the left, the P is in the middle, the XP is on the right [full review of the XP HERE].

Players who want a true blade look can check out the 0311 ST GEN4 irons HERE. 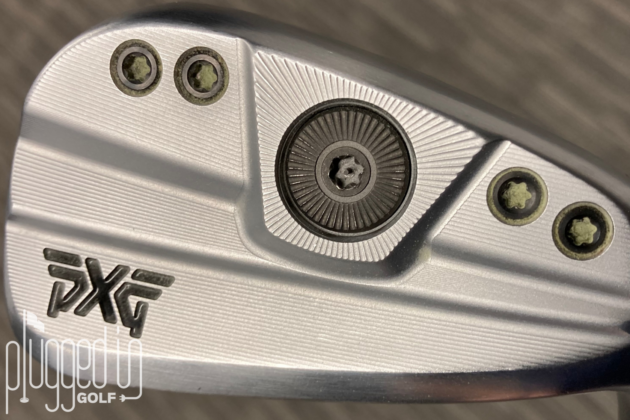 One of the improvements of GEN4 technology is the new proprietary XCOR System inside the clubhead.  While the GEN3 irons had two materials injected into the clubhead, XCOR is the result of a multi-year R&D project with a goal of creating the perfect injectable polymer that would increase ball speed and enhance feel.  Because the clubhead is the smallest of the three GEN4 models, there is comparatively less XCOR inside, but there is still enough to make a positive impact on feel. 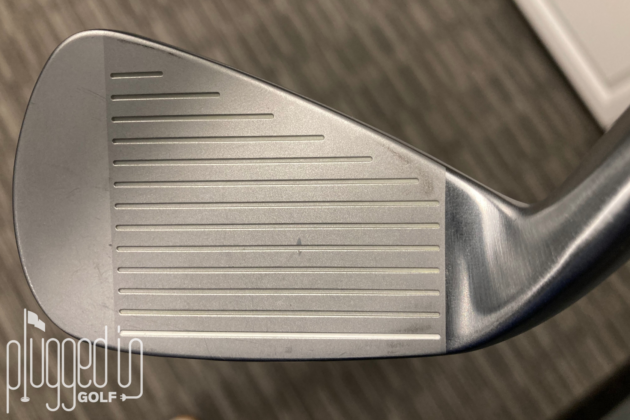 Another game-changer for GEN4 is the large changeable weight at the back of the clubhead.  This precision weighting system allows PXG fitters to dial in swing weight to better suit the player’s preference.  This is a new innovation in the world of irons and gives fitters more options for getting players into the ideal iron setup.  The weights are locked in place and cannot be changed after the fitting process.

Regarding the goal of creating enhanced feel: mission accomplished.  While the XCOR technology is undoubtedly part of this, so is the extremely thin face and 5x forged clubhead.  The feel of a quality strike with these is different than a one-piece forged blade but provides an equally pleasurable sensation – buttery soft and explosive at the same time. 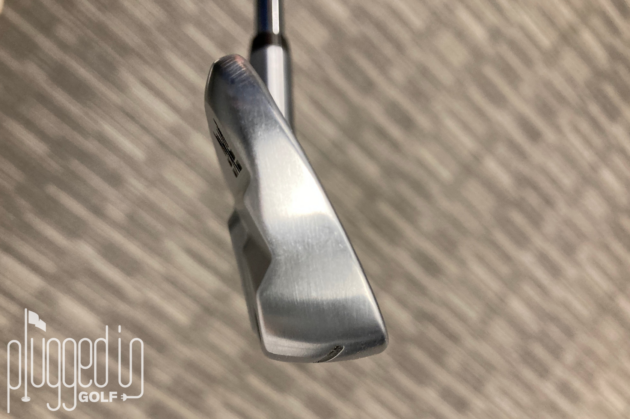 The 0311 T GEN4 is a player’s club.  For those low handicappers who want to package some forgiveness with their clubs’ ability to flight balls low, send them sky high, or curve them either way on demand, these irons perform.

This is a key difference between the T and the P and XP.  While the others will help create straighter flights and higher trajectories on all kinds of strikes, the 0311 T will respond like a finely-tuned sports car.  Hit it off the toe, and your ball flight will tell the tale.  And as you can see in the comparison photo above, there is considerably less room on the face for margin of error.  That’s not to say that they are punishing.  In fact, there’s considerably more forgiveness built into these than you’d get with a one piece forged blade.

Some golfers thinking about buying these clubs might be in the position of comparing the T to the P [0311 P review HERE].  In terms of numbers, OEM testing showed that the T spins more (about 400 revs) than the P and carries a few yards less.  It should come as no surprise that the T also produces slightly less ball speed.  Both launch in practically the same window and achieve the same peak height.  Another key difference is the lofts.  The T comes with “traditional” lofts while the P is stronger.  Keep in mind, lofts can always be changed per the golfer’s request. 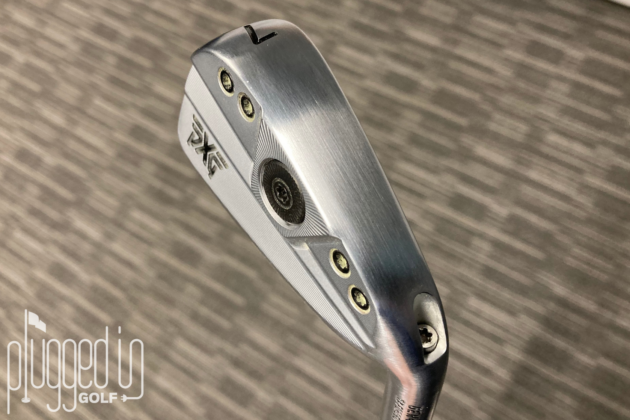 If you want to game PXG’s GEN4 0311 T irons you’re going to have to get out the checkbook.  While they obviously won’t fit into the “bargain” category, they will tick every box that a better player is looking for.  Looks, feel, and performance-wise, they are the total package. 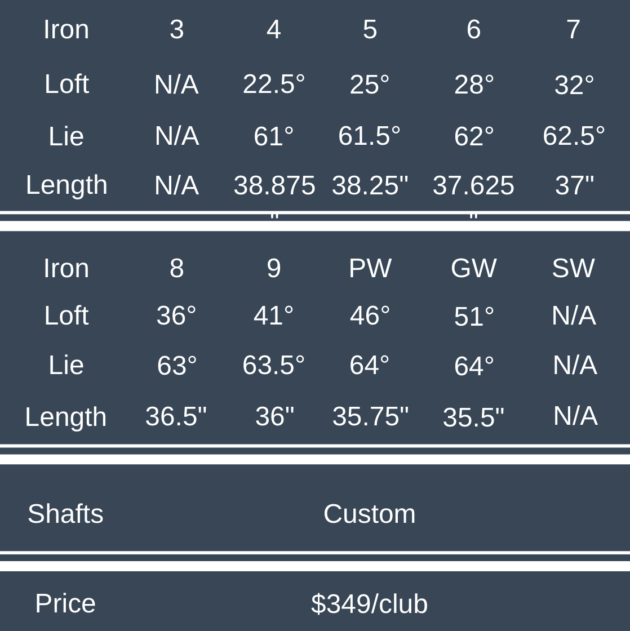