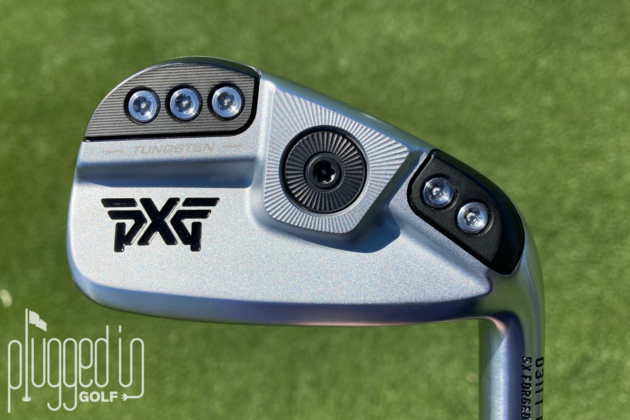 The PXG 0311 T GEN5 irons will inspire envy both in terms of looks and performance.  New tech leads to more distance without a drop off in spin.

The folks at PXG have made it known that they only release a new generation of clubs when they feel they have created something demonstrably better than what came before. In the case of the GEN5 irons, that marker is primarily distance and forgiveness.  T stands for Tour and is the most compact in the GEN5 line.  What sets it apart and how does it compare to GEN4?  Find out in this review. 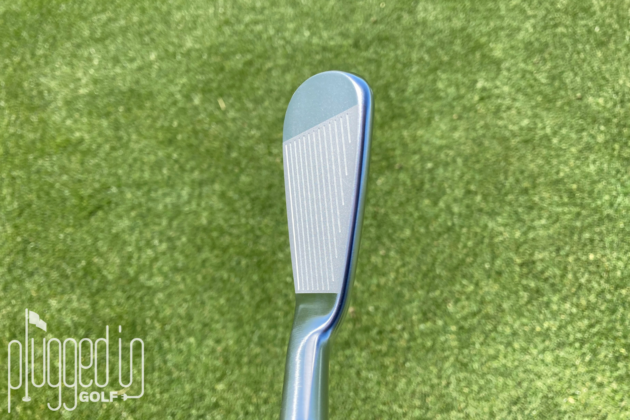 PXG has perfected marrying player-preferred looks with forgiving technology.  To me, the 0311 T is the epitome of that.  The GEN5 irons feature intricate milling on the back of the club, very similar to GEN4.  This time, they’ve added two sections of contrasting dark steel at the heel and toe.  These are milled to look like they are separate pieces, but the clubhead is actually one solid piece.

Overall, the looks feel like a logical continuation of GEN4 rather than a significant departure.  And that’s a good thing.  They’re eye-catching without being too flashy.  You’ll notice a large central weight at the back of the clubhead (Precision Weighting Technology) along with the trademark tungsten weights in the toe.

At address, you’re looking at a compact blade length with a thin top line.  While there’s plenty of tech inside the club, you won’t see any protruding from the backside of the clubhead.  The 0311 T irons are at the upper end of PXG’s range of offerings, in terms of target skill level.  You don’t need to be a tour player to game these, it helps if you find the middle of the face more often than not. 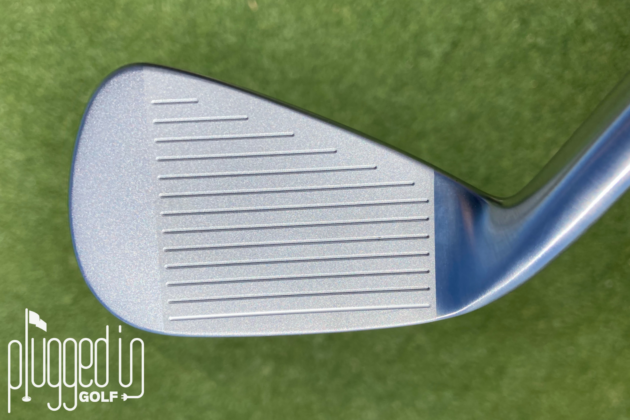 These irons sound and feel great.  For GEN5, PXG engineers worked to improve the XCOR material, creating XCOR2. This polymer has lower density and higher C.O.R. than the previous iteration.  It fills the inner cavity of the clubhead and, coupled with an incredibly thin face, creates a soft yet explosive feel at impact that is satisfying and unique to PXG.

I included the following anecdote in my review of the 0311 P (HERE) because I think it’s fascinating.  It illustrates how integral the XCOR2 material is to the iron’s sound and feel.  In a presentation on GEN5 technology, PXG Chief Product Officer Brad Schweigert stated that, without the support of the XCOR2 polymer inside the clubhead, the clubface would begin to cave in after one strike. 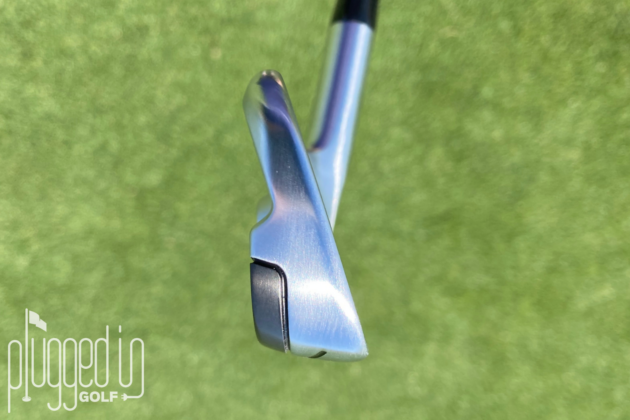 In terms of feel, one of the big innovations from GEN4 has remained.  It is the large circular weight at the back of the clubhead.  PXG calls this Precision Weighting Technology.  Used during the fitting process to dial in swing weight to suit player preference, it is locked in place and not able to be changed afterwards.  This technology adds a valuable new variable to the fitting process that other OEMs don’t currently offer.

I think that some low handicap players probably tend to be purists, in terms of wanting a traditional single piece forged steel blade.  Those that are open to adding some forgiveness to that recipe without sacrificing that buttery soft feel should keep the 0311 T in mind.  Those who are gluttons for punishment on mishits will probably stick with their traditional blades. 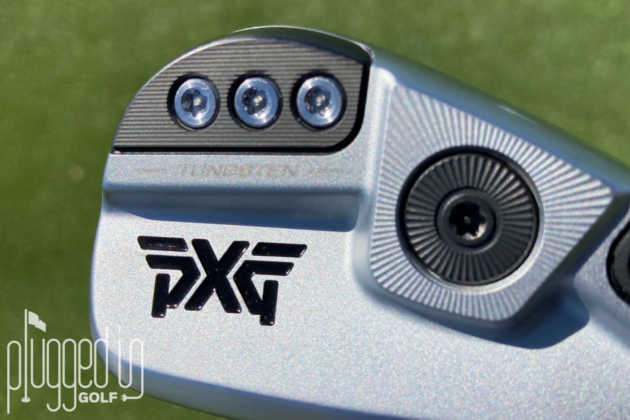 The 0311 T irons are long, precise, and workable.  They look clean at address and are eye-catching in the bag.  Let’s take a closer look at what’s going on inside the club and why it performs the way it does.

For GEN5, the tungsten weights in the heel and toe of the club have been shifted further towards the perimeter to boost MOI and forgiveness.  OEM testing shows about a 5% increase in MOI.  There has also been an additional weight added to the toe side.

Another new piece of technology for GEN5 is the power channel.  This is a singular groove milled into the inside of the clubface.  This feature helps the face flex to increases both launch angle and ball speed.  Coupled with an ultra thin face and the XCOR2 material inside, you’re looking at a touch more ball speed and distance than GEN4. 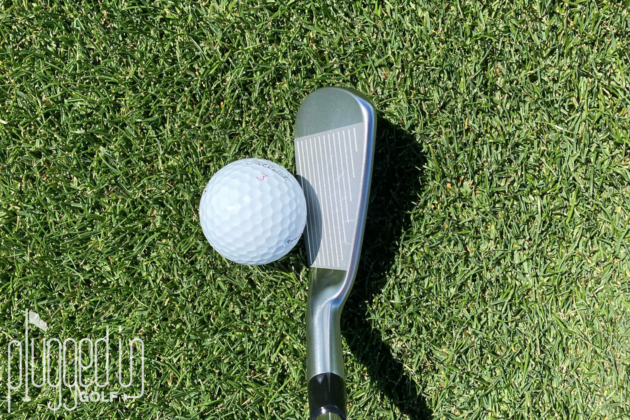 One area where some players might have questions is spin.  While PXG had to sacrifice some spin in order to gain distance in the P model, they were able to keep spin rates steady in the T model (just over 100 revs more in GEN5 compared to GEN4) while gaining about one yard of carry distance and one MPH of ball speed in OEM testing.  For context, the 0311 T spins about 700 more revs than than 0311 P.

While the T irons naturally produce more spin, I think the player that hits them will probably also create more spin with their quality of strike vs. the player who games the P.  I’m not a good enough ballstriker to play the 0311 T.  But I can tell you that good strikes feel just as pure as they do with P.  While imperfect contact is nowhere near as forgiving, you’re definitely going to get more out of it than you would with that traditional one-piece blade. 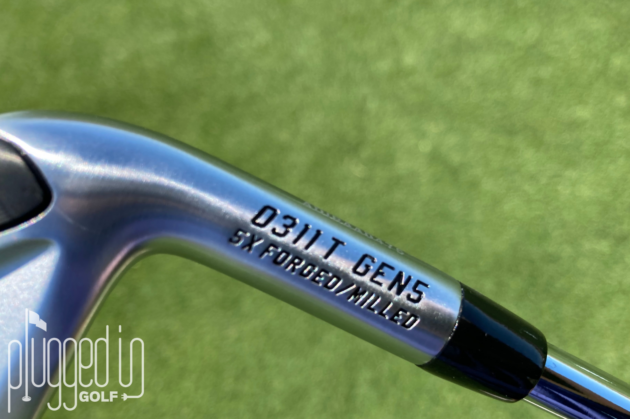 The PXG 0311 T GEN5 irons are a continuation of the company’s commitment to innovation in iron technology and performance.  They look good, feel great, and go a mile. As ever, they aren’t the most affordable irons on the market but that’s probably not news to you. 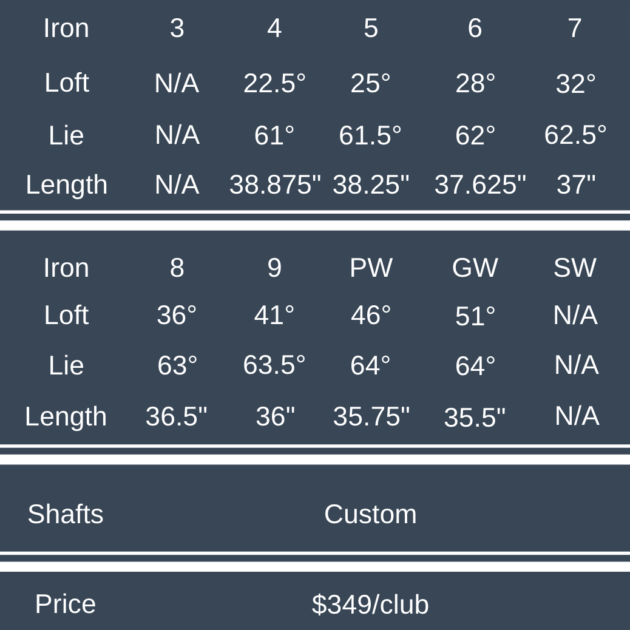