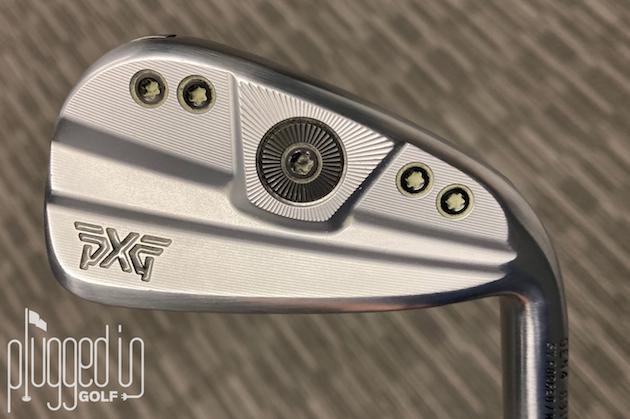 The PXG 0311 XP GEN4 irons are the longest and most forgiving of the new GEN4 line.  Stunning looks.  A logical continuation from the other irons in the line.

If you haven’t heard about PXG’s new GEN4 line of clubs yet, you clearly aren’t a regular reader and don’t watch much golf on TV.  I’ve already reviewed the P and T irons (HERE and HERE, respectively).  Today, I’m reviewing the XP, the company’s most forgiving model, to see how it stacks up to the others and what kind of golfer it might be good for. 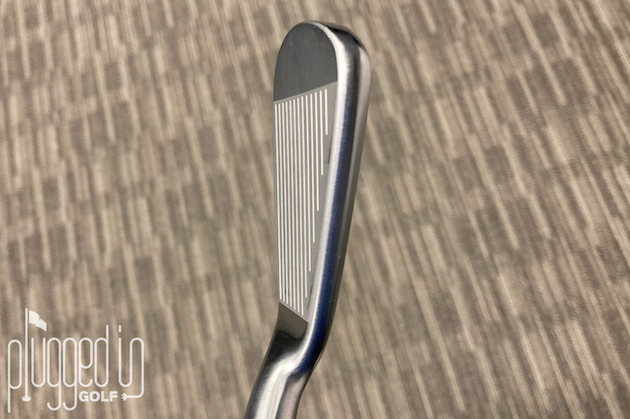 The GEN4 irons have a unique and beautiful look.  Thankfully, the XP doesn’t depart from that at all.  The milled back surface and stepped, angular muscle back lines are total eye catchers.  If you bag these, get used to catching people staring at your set. 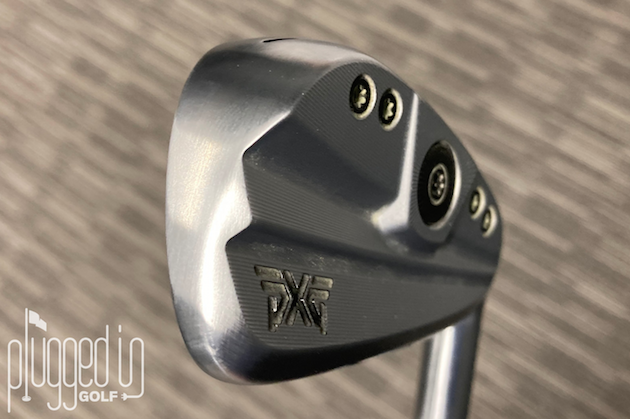 As attractive as they are aesthetically, the look at address is even more impressive.  Where I struggle with many “super game improvement” irons (my term, not PXG’s) is with the way the club looks.  Frequently, the top line is very chunky, there’s a ton of offset, and lots of visible tech protruding from the back.  Much like the P as compared to the T, the XP is subtly dialed up in terms of the size of the face, blade length, and offset.  However, at address, the club looks very clean and attractive. 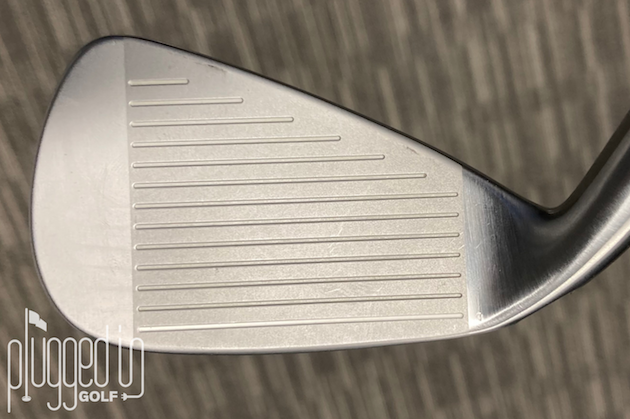 One of the major talking points of GEN4 technology is the new proprietary XCOR System.  While the previous iteration of PXG irons had two materials injected into the clubhead, XCOR is the result of a multi-year R&D project with a goal of creating the perfect injectable polymer that would increase ball speed and enhance feel.  As the clubheads get progressively larger in the GEN4 line, there’s more XCOR material in the cavity.  As a result, hitting the XP GEN4 feels great.  It’s remarkably soft and springy at the same time.  Mishits are punished much less than they might be with other irons, and feedback through the hands is less noticeable than with the T and the P. 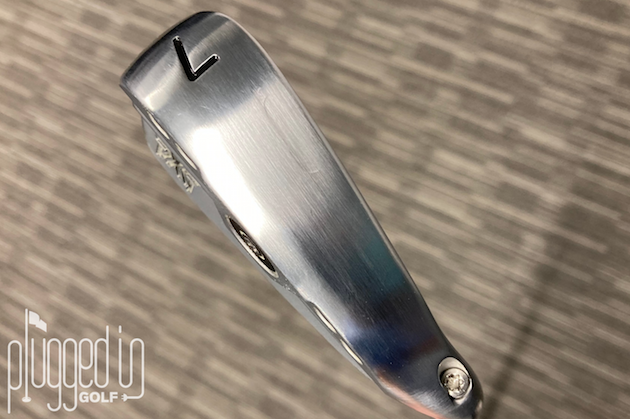 The other big change for GEN4 is the large changeable weight at the back of the clubhead.  This precision weighting system allows PXG fitters to dial in swing weight to better suit the player’s preference.  This is a new innovation in the world of irons and gives fitters more options for getting players into the ideal iron setup.  The weights cannot be changed after the fitting process. 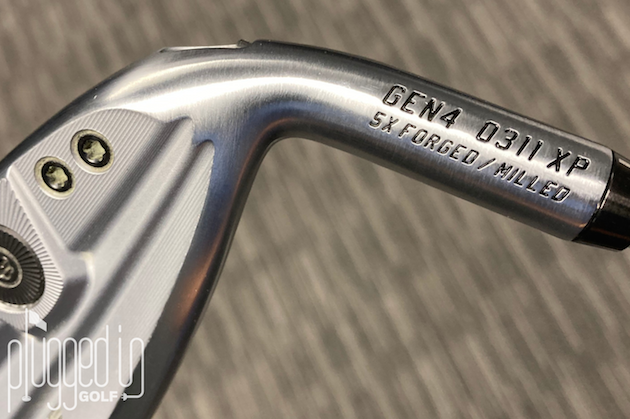 In PXG’s testing, GEN4 gained over 2 mph ball speed versus GEN3.  With the same club head speed, that resulted in more than 5 yards of additional carry and a just a touch more spin.  Compared to the P, the lofts in the XP are about two degrees stronger through the bag.  Interestingly, OEM testing has them spinning only a fraction less than the P, with a slightly higher peak height, carrying some 8 yards further. 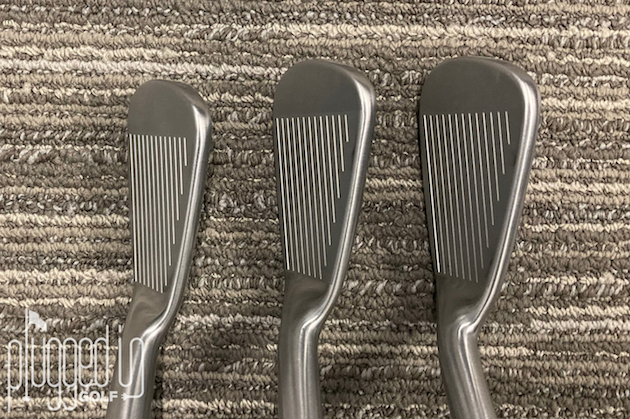 If you’re someone who has typically played game improvement irons in the past and looks for something that’s going to offer maximum distance and forgiveness, the XP should pique your interest.  If you’re someone who would like those things and also wants buttery soft feel, you’re really going to want to find a way to try them.

Performance-wise, the 0311 XP GEN4 is the total package.  In addition to performing well, the clubs have an eye-catching, player-friendly look that irons in this category typically don’t.  Personally, I appreciate the decision to make all three irons in the GEN4 line visually consistent. 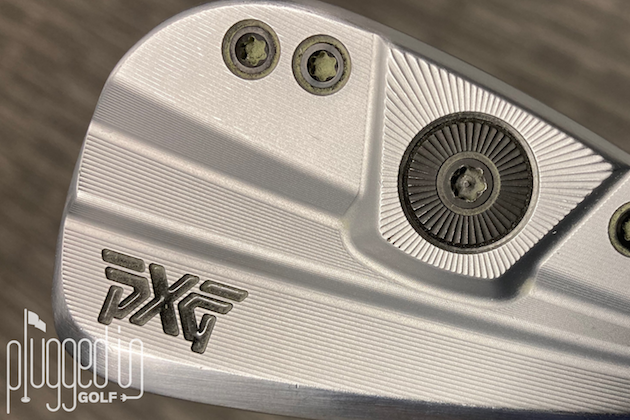 PXG is all about innovation and have always stood out with its approach to design, in both aesthetics and construction.  With GEN4, its irons have taken another significant leap forward.  I’m convinced the XP is as good as a “super game improvement” iron can get.  The new XCOR material delivers in terms of performance and feel.  Bagging a new set isn’t cheap, but the experience of hitting them is very persuasive. 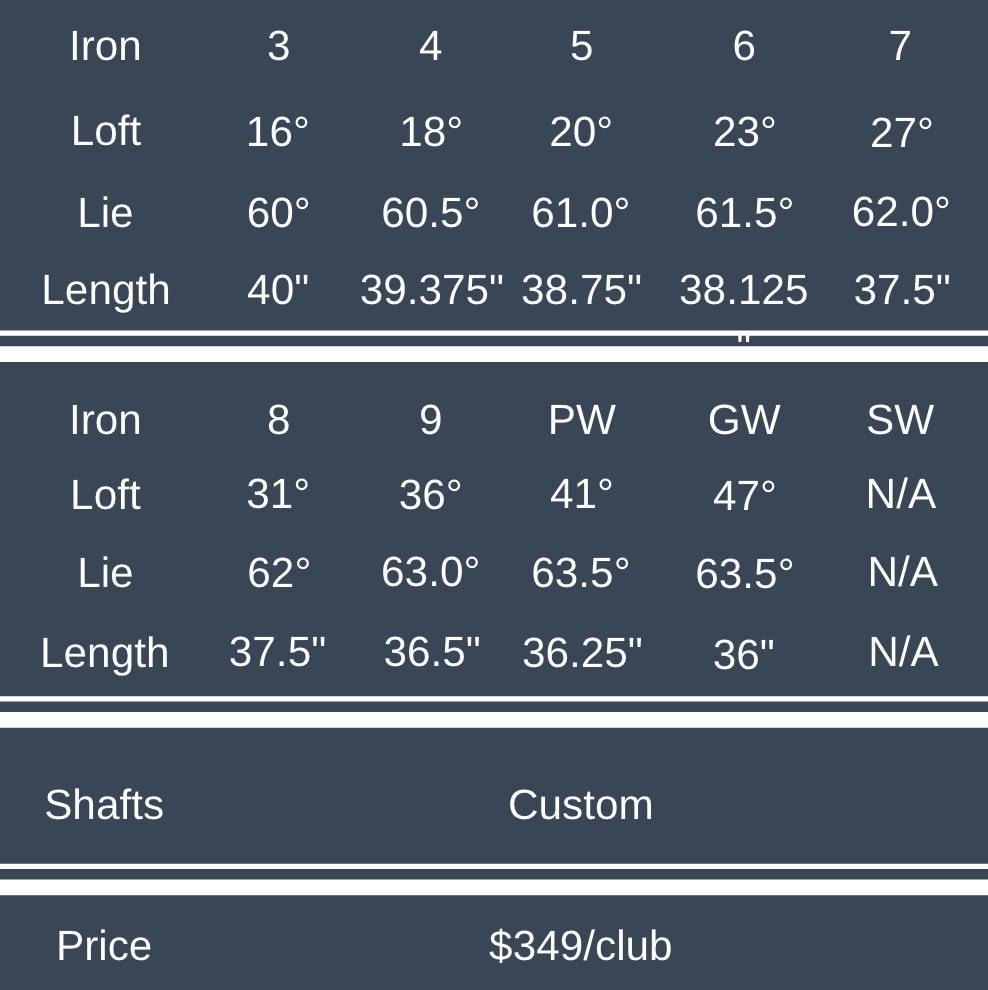