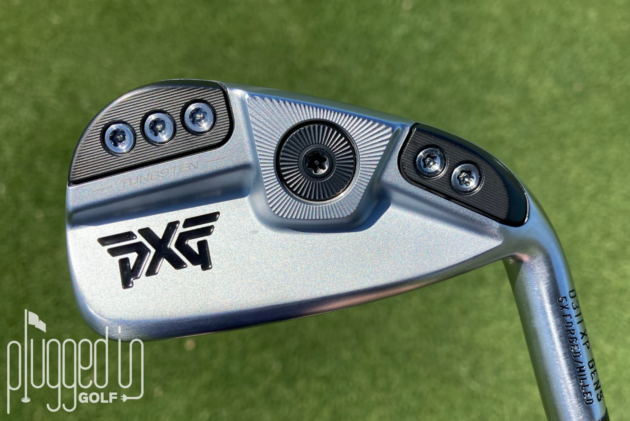 The PXG 0311 XP GEN5 irons are longer and more forgiving than their GEN4 predecessors.  Exceptional looks and feel for a “game improvement” iron.

GEN5 appeared almost exactly a year after GEN4.  But that doesn’t mean PXG is going to start operating on a traditional, predictable product release calendar.  The company has made it known that it only releases new product when it represents a clear improvement over what came before.  In the case of GEN5, that means more distance and a new and improved core material.  Keep reading and learn all about the latest iteration of the 0311 XP. 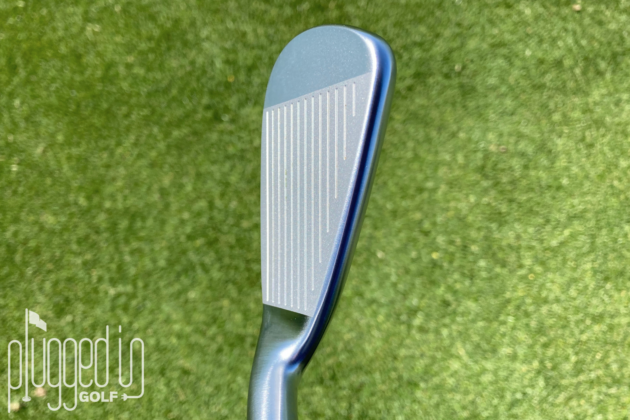 My reviews of the 0311 T (HERE) and 0311 P (HERE) have already been published so it shouldn’t be any secret that I think that PXG’s GEN5 irons look fantastic.  I’m even more impressed by the looks of the XP because of its status as a game improvement iron.  While there’s a clear difference between the models in terms of blade length, offset, and topline, it’s not as dramatic as it could be.  At address, it looks very clean, without a bunch of visible tech protruding from the back of the club.  Simply put, the 0311 XP GEN5 is as attractive as game improvement irons get.

Overall, the looks are very similar to GEN4 with a few small differences.  And that’s a good thing.  The GEN5 irons feature intricate milling on the back of the club, very similar to GEN4.  This time, they’ve added two sections of contrasting dark steel at the heel and toe. These are milled to look like they are separate pieces but the clubhead is one solid piece. They also emphasize the tungsten weights, of which there has been an additional weight added to the toe side.

The 0311 XP (Xtreme Performance) is the most forgiving of the three irons in PXG’s core lineup, after the T (Tour) and P (Players). 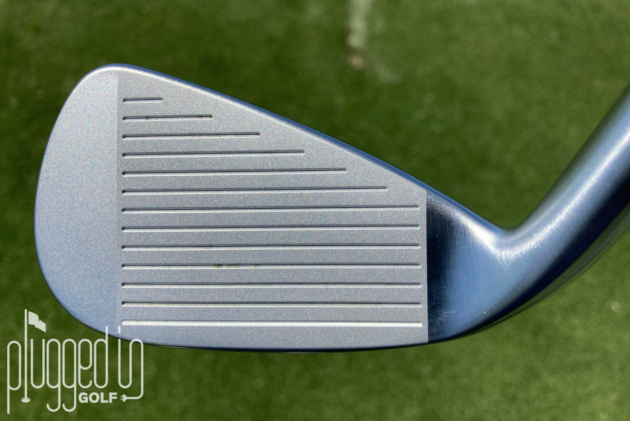 The sound and feel of the 0311 XP is fantastic.  It’s unmatched in its category, as far as I’ve seen.  For GEN5, PXG engineers worked with its partner supplier to improve the XCOR material, creating XCOR2.  This polymer fills the inner cavity of the clubhead and, coupled with an incredibly thin face, creates a feeling at impact that is satisfying and unique to PXG.

If you’ve read my reviews of the 0311 T and 0311 P, the following anecdote will sound familiar.  But I want to include it here too because it illustrates how thin PXG iron clubfaces are and how integral the XCOR2 material is to the sound and feel of the irons.  In a presentation on GEN5 technology, PXG Chief Product Officer Brad Schweigert stated that, without the support of the XCOR2 polymer inside the clubhead, the clubface would begin to cave in after one strike. 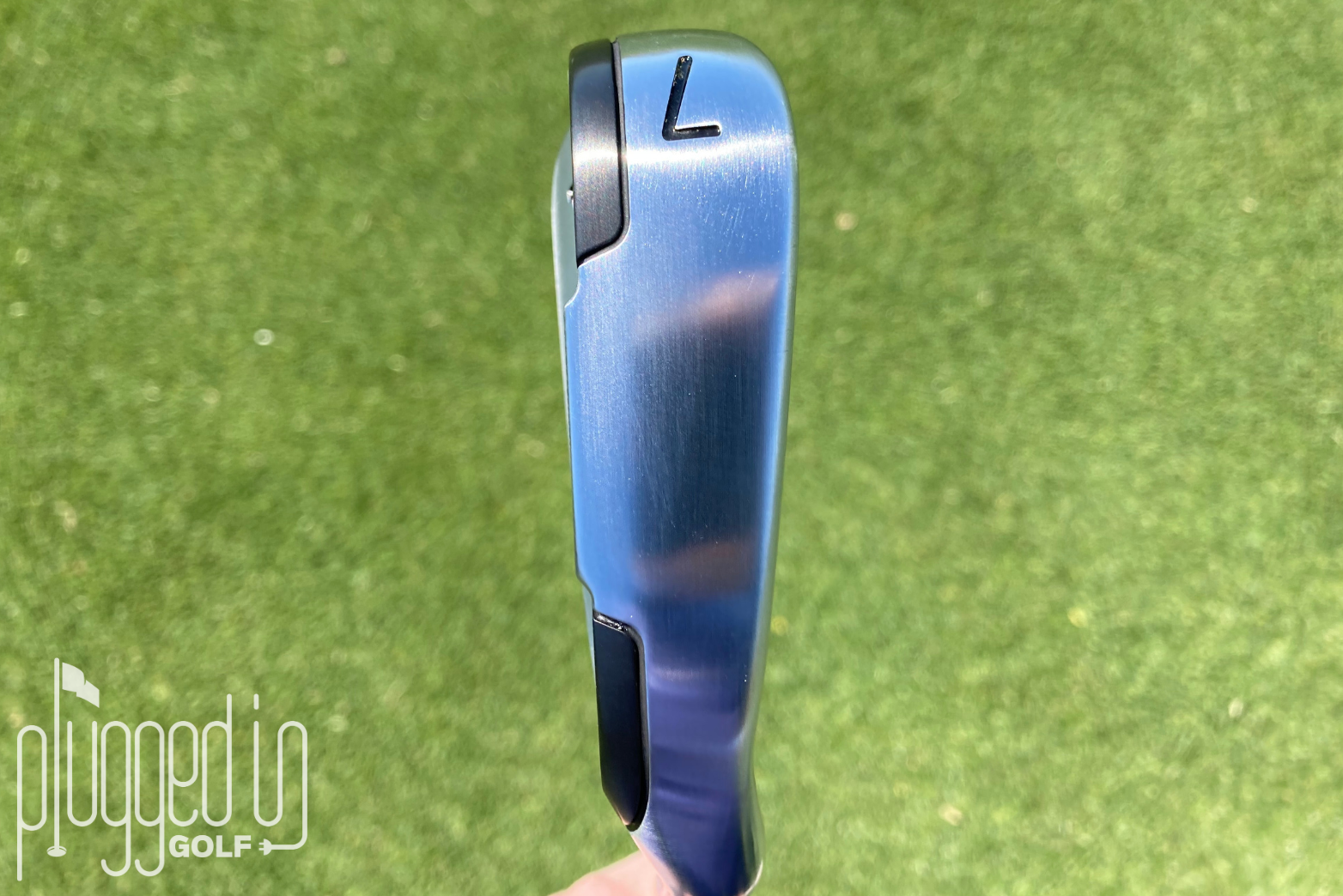 Hitting these is a pleasurable experience.  It’s soft and explosive at the same time.  There isn’t nearly as much feedback as with the T model, and slightly less than the P, but it’s not that far off.

In terms of feel, one of the big innovations from GEN4 has remained.  It is the large circular weight at the back of the clubhead.  PXG calls this Precision Weighting Technology.  Used during the fitting process to dial in swing weight to suit player preference, it is locked in place and not able to be changed by the consumer like the changeable weights in woods.  This technology adds a valuable new variable to the fitting process that other OEMs don’t currently offer. 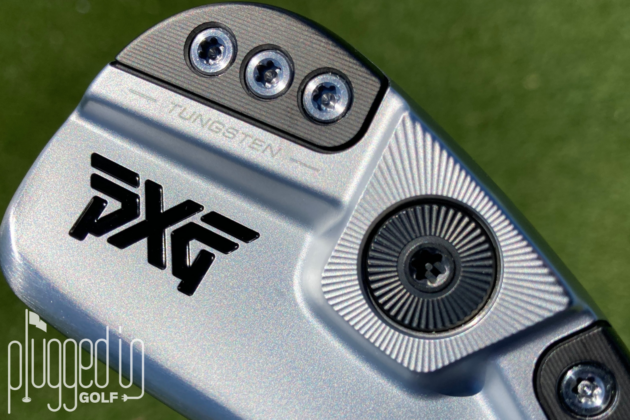 The 0311 XP is a monster of an iron.  Shots launch high, fly long, and feel good.  It looks great both at address and in the bag.  Let’s take a closer look at the tech and compare it to other models and the previous generation.

One new piece of technology for GEN5 is the power channel.  This is a singular groove milled into the inside of the clubface.  This feature helps the face flex in a way that slightly increases both launch angle and ball speed.

For GEN5, the tungsten weights in the heel and toe of the club have been shifted further towards the perimeter of the club to boost MOI and forgiveness.  OEM testing shows about a 5% increase in MOI.  There has also been an additional weight added to the toe side. 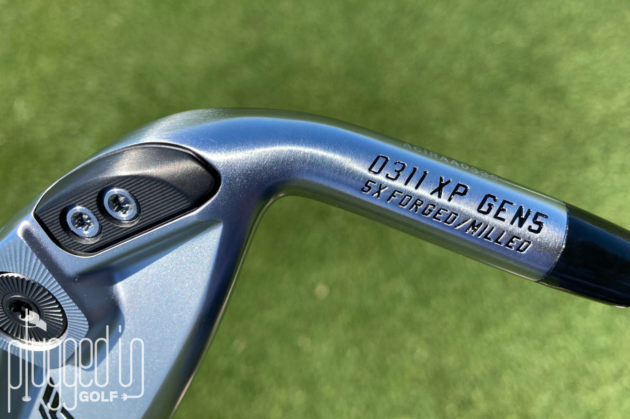 Let’s get into some quick comparisons.  When comparing the XP GEN5 to GEN4, the XP carries about 2 mph more ball speed, resulting in just under 5 yards of extra carry.  This comes with a small reduction in spin of just under 100 revs.  Bear in mind that the XP is PXG’s lowest spinning iron model.  Compared to the 0311 P GEN5, the XP carries about 10 yards more and spins about 300 revs less.

The 0311 XP does have stronger lofts than the 0311 P.  Some people like to point to this and cry foul, as if the distance gains were manipulated by way of loft jacking.  The reality is that the tech employed by PXG has produced distance gains, as the lofts have not changed since the prior generation.

In terms of performance, this iron is geared toward the player that is looking for help in terms of forgiveness and distance.  This player just wants to hit the ball straighter and further.  They aren’t necessarily going to care if the ball doesn’t stop on a dime as long as they were able to get it onto the green. 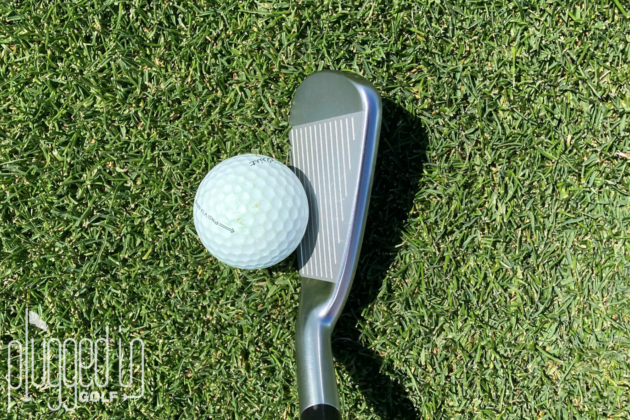 The PXG 0311 XP GEN5 irons are a continuation of the company’s commitment to innovation in iron technology and performance.  They look good, feel great, and are super long.  Gaming them isn’t cheap but that won’t come as any surprise. 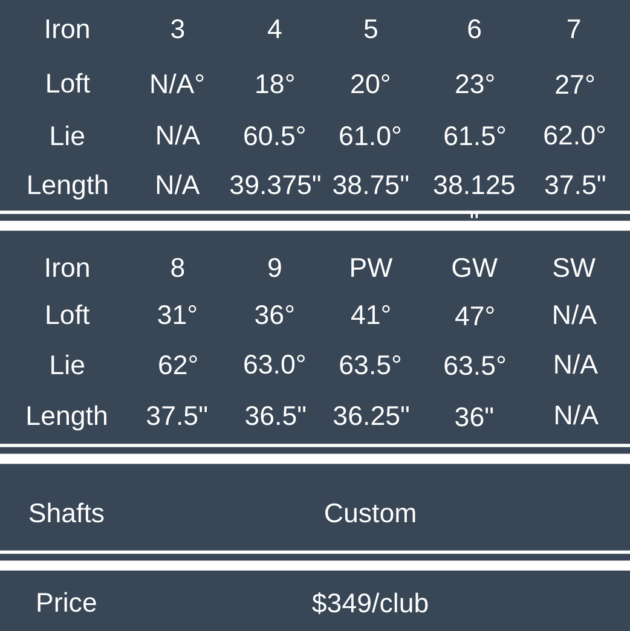