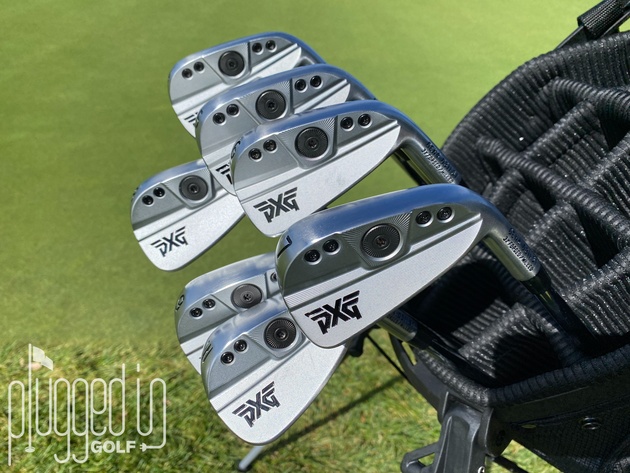 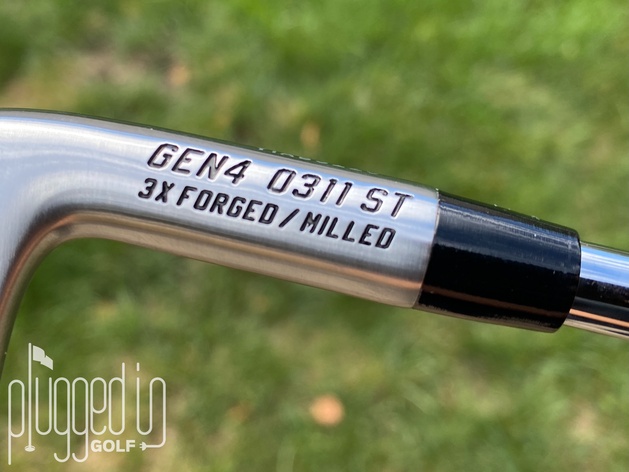 PXG is a brand known for pushing the limits.  They’ve raised the bar on forgiveness and ball speed in irons [GEN4 iron reviews HERE] and created putters as stable as a brick house [reviews HERE].  With the 0311 ST GEN4 irons, however, PXG turns its attention not to pushing limits but to fine tuning a well-honed concept – the blade iron. 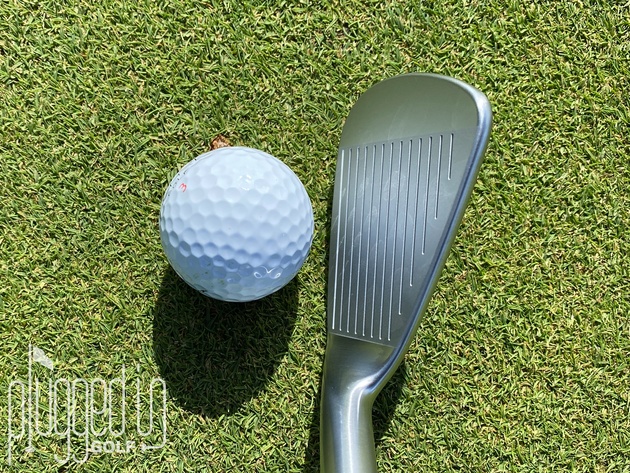 You can’t look at that picture above and tell me this isn’t a beautiful iron.  While some people do get a measure of confidence from a bigger iron, the thin top line, compact blade length, and minuscule offset of the 0311 ST GEN4 irons is everything that I want to see when I look down at address. 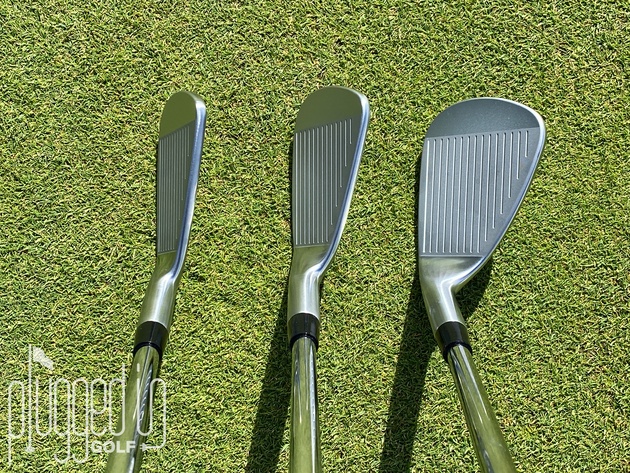 This set does feature progressive blade lengths, but that progression is very minimal.  Even holding the 4I (left) and the PW (right) next to each other, the difference is not obvious.  But in a set of blades, that should be the case.  This set was built with feedback from PXG’s Tour Staff to meet the standards of the best, most sensitive players in the world. 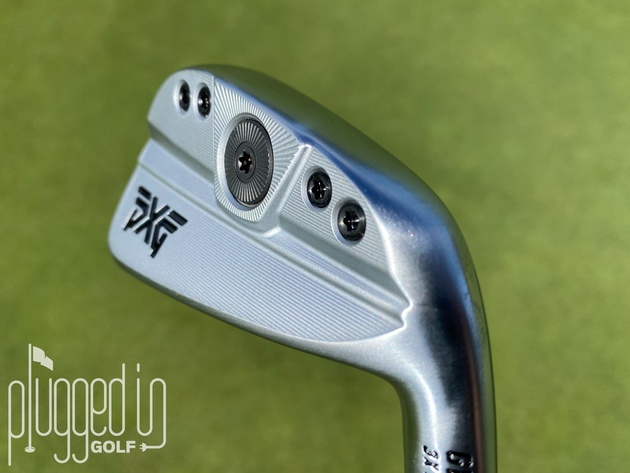 As much as I like the address look, what I like even more is the way that the 0311 ST GEN4 irons look in the bag.  I love the contrast between the traditional size and shape and the modern look of the milling and weights.  As with the 0311 Milled Wedge [review HERE], I find the milling on the back of these irons to be hypnotic, and I’d hate to admit to how much time I’ve spent staring at it. 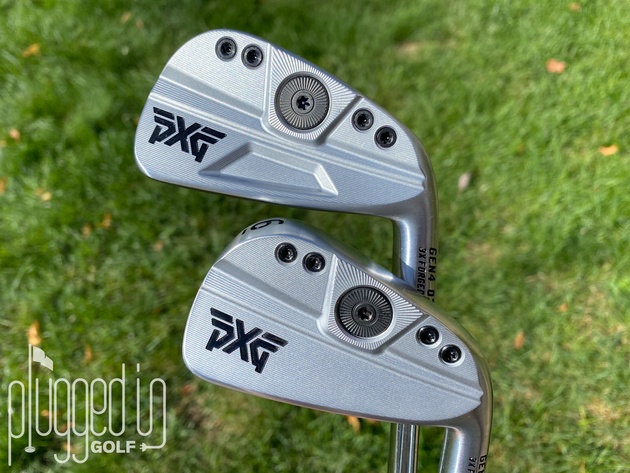 It should also be noted that there’s a difference between the back of the 3-5 irons and the 7-GW.  In the higher lofted irons, the back is a pure blade.  In the long irons, there’s a small trapezoidal cavity near the top. 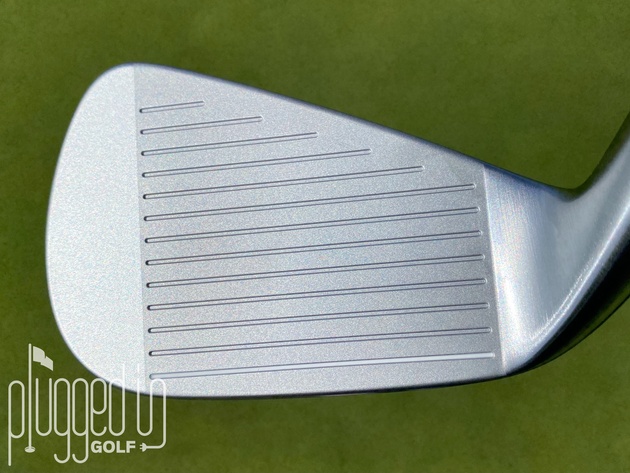 With so much technology available in modern irons, why would anyone still play a blade?  A big part of that answer is what you feel in your hands when the PXG 0311 ST GEN4 irons meet the ball.  Every shot I hit with these clubs felt strong and solid.  The reward for a perfect strike is the sensation that impact didn’t even happen.  That sounds unusual, but every time that I hit these irons perfectly, the feel was so harmonious that calling it “impact” seemed like a misnomer.

That solid feel is complemented by an understated impact sound.  Contact is very quiet and low-pitched.

Having played a couple sets of old blades, I will note that the one area where modern blades have improved is in taking the sting out of misses.  The feedback from the 0311 ST GEN4 irons is precise, but even the ugliest mishits won’t hurt your hands. 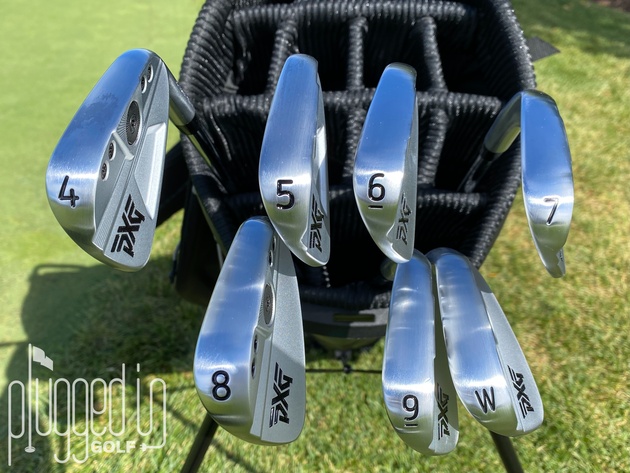 Typically, blade iron reviews are pretty short because everyone knows what a blade is supposed to do.  But this is a PXG blade, so it’s a whole different story.

Let’s start with the basics.  One of the top reasons to play a blade is having precise control over ball flight, and the 0311 ST GEN4 irons have that in spades.  If you have the skills, these irons will flight the ball high or low and bend it left or right.  I loved every minute of testing these irons, because for me, imagining a shot and then creating it is the most enjoyable part of golf. 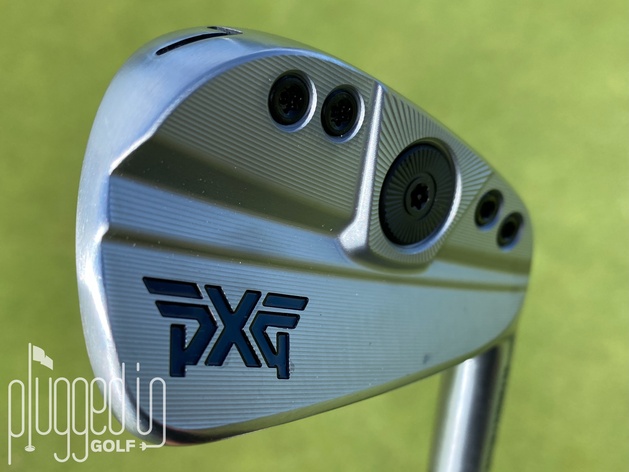 One thing that starts to set the PXG 0311 ST GEN4 irons apart from other blades is that they’re slightly lower spinning.  I’ll emphasize again that we’re talking about fine distinctions, a couple hundred RPM, not the difference between a screaming bullet and a weak balloon.  There’s still more than enough spin to shape shots or hold greens, but a higher spin player might find these to be a touch longer and better in the wind.

I chalk up that lower spin to a slightly lower CG due to the weights near the sole.  The CG gets pushed just a little lower by the cavity in the long irons.  I found the 4I and 5I to launch a little higher and a little more easily with slightly less spin.  Not only is this higher launch helpful for getting the ball on a playable trajectory, it can also make them longer.  In the long irons, where distance gaps often start to shrink, this can be extremely useful. 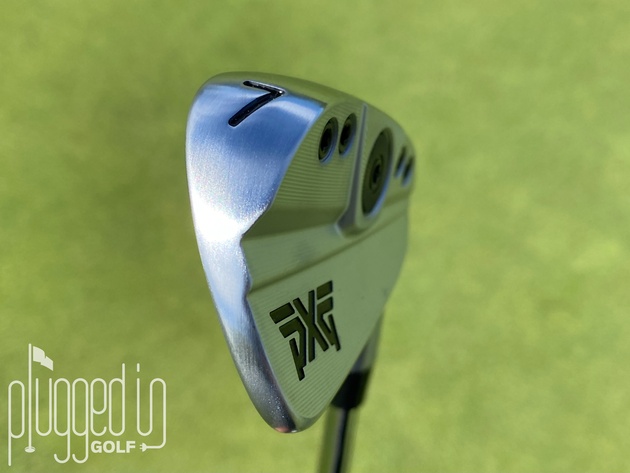 While no blade is very forgiving in the grand scheme of irons, I did find the 0311 ST GEN4 to be a bit easier to hit than other blades.  Part of that is the ability – thanks to a lower CG – to lift up thin shots.  I also found that the ball speed stayed a touch higher when shots wandered toward the toe or heel. 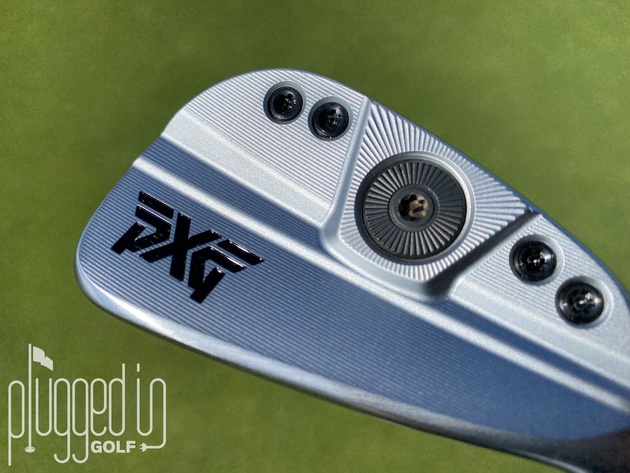 Finally, I want to mention Precision Weighting Technology, PXG’s name for the large weight in the center of the head.  During your fitting, this weight can be adjusted in 2 gram increments to allow you to try different swing weights.  Swing weight is incredibly important to a club’s performance and feel [learn more HERE], so I’m thrilled to see PXG building that into their fittings.  This weight is not meant to be altered once the set is built, so be sure to get fit. 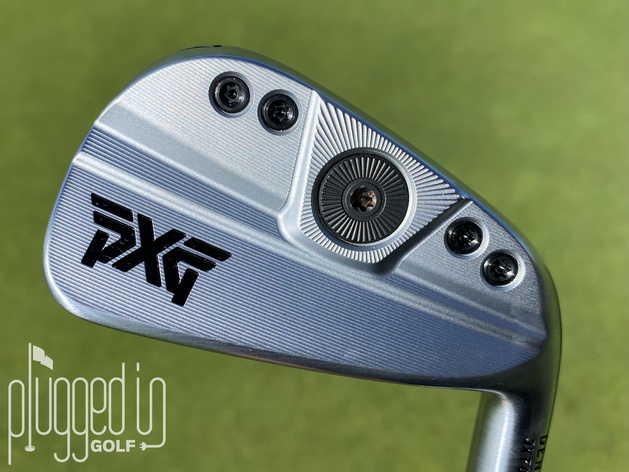 PXG has walked a tightrope with the 0311 ST GEN4 irons, at once paying homage to the most traditional piece of equipment and injecting it with new life.  These irons deliver everything that a blade player wants while also allowing the most precise fit available.  Visit your local PXG fitter to give them a try.

*Price at the time of this writing is $249/club, our spec sheet reflects the original list price. 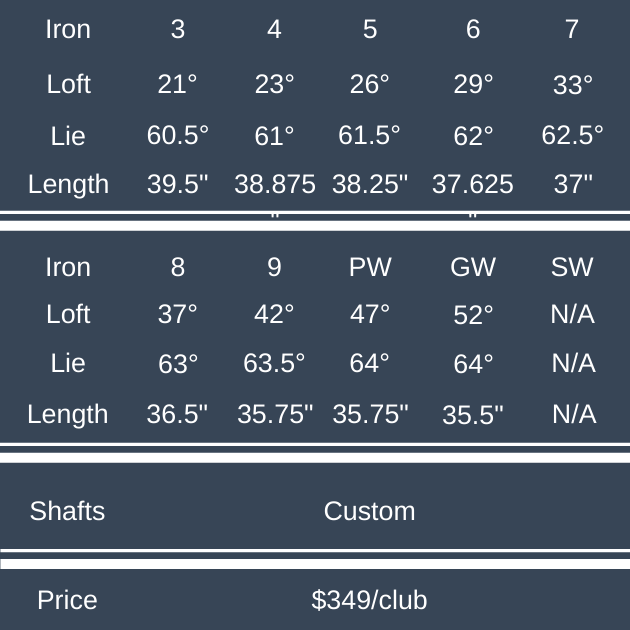