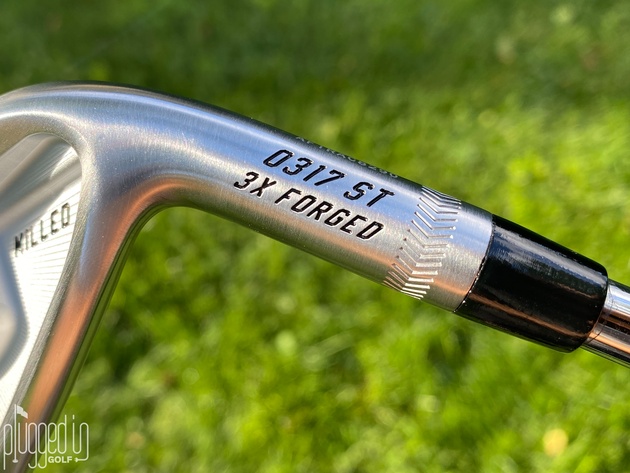 The PXG 0317 ST irons are beautiful irons with sweet feel and consistent performance for the strong ball striker.  Cavity backs in the 3I and 4I make a real difference in playability. 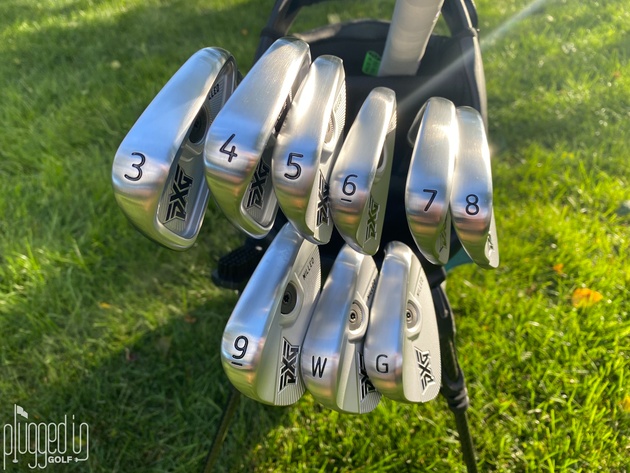 For 2022, PXG made substantial changes to the naming (numbering) of their clubs.  When GEN5 was released, every club in their premium line bore the 0311 name.  As we move toward 2023, one exception has emerged: the new 0317 ST irons.  Named for the US Marine Corps Scout Sniper, PXG’s newest blade is a precision instrument built for the most highly skilled players. 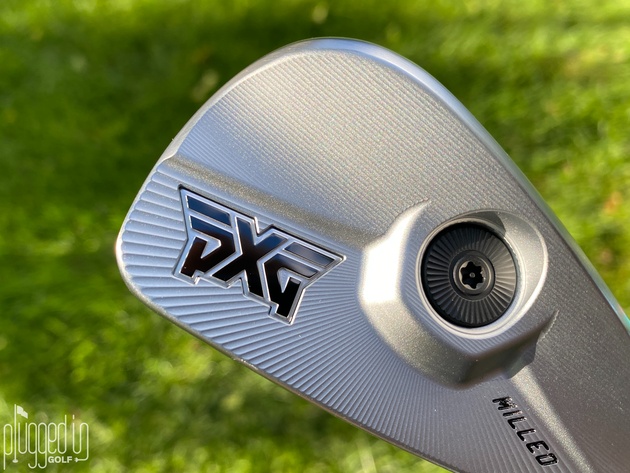 The PXG 0317 ST irons are a departure from the 0311 GEN5 irons not only in their name but also in their looks.  Where the 0311 GEN4 ST irons [review HERE] looked very similar to the other GEN5 irons, the 0317 is clearly a different animal.  One of the most obvious differences from the 0311 GEN5 irons is the lack of tungsten weight screws on the back.  This leaves the back of the iron as a canvas for the beautiful milling patterns.  PXG has also applied their logo in a new, eye-catching way. 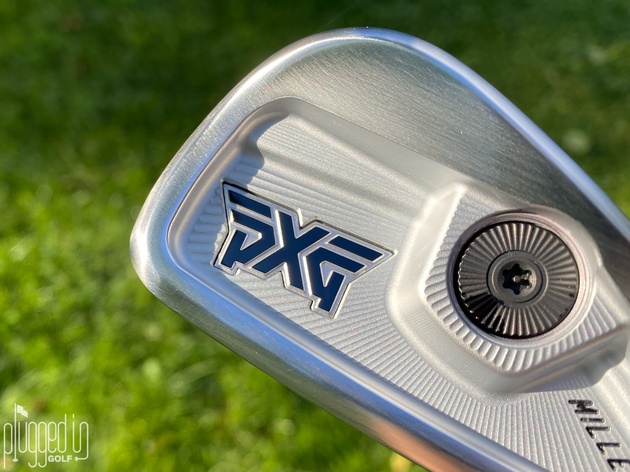 It’s also noteworthy that this is a blended set.  The 5I through GW are pure blades, but the 3I and 4I are cavity backs.  The design is very traditional – save for the Precision Weighting Technology – and still displays the mill marks radiating from the center of the head. 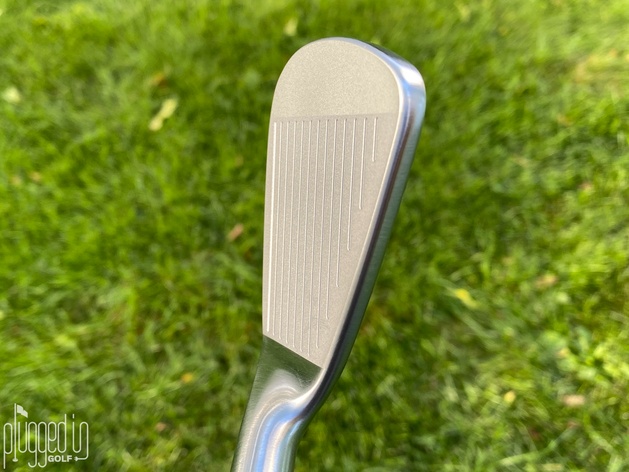 Moving to the address position, the 0317 ST irons has a clean, traditional look.  The blade is compact from heel to toe with minimal offset.  Players may notice that the top line is not as razor thin as some blades, but it’s still well within the bounds of a players iron and very attractive.  Looking through the entire set, there’s a noticeable rounding to the leading edge as you move toward the wedges. 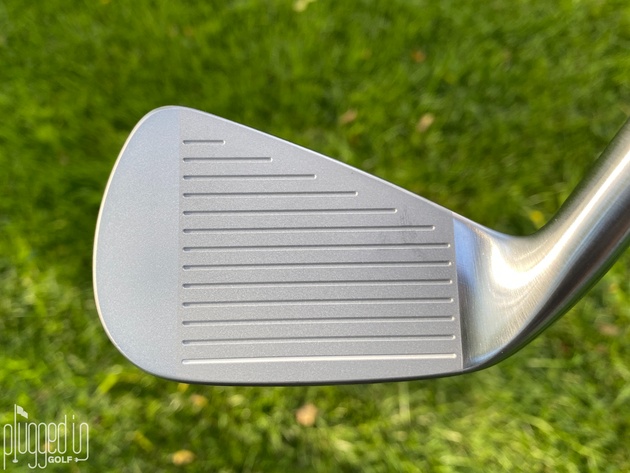 PXG has created a trademark feel in their 0311 irons that’s consistent from the T [review HERE] through the XP [review HERE].  However, just as with the looks, the 0317 ST is the outlier.  The 0317 ST is a solid body, forged iron, so it doesn’t have the bouncy feel of the XCOR2 material inside the head.  Instead, players are rewarded with a very traditional, soft, solid feel when they strike a shot well.  The accompanying sound is a quiet “thud” that varies slightly in pitch depending on the ball you’re using.

Feedback is a primary reason for playing blades, and the 0317 ST deliver there.  Through your hands, you can locate your strike location precisely, even if you’re barely paying attention.  Mishits don’t sting, but the feel is decidedly firmer.  Those misses make it that much sweeter when you pure the next one. 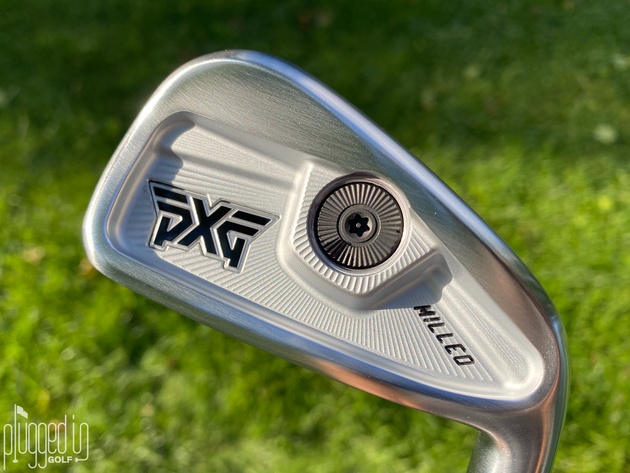 The biggest departure from previous ST sets is the addition of the cavity back 3I and 4I in the 0317 ST.  PXG did this because they observed that, even on Tour, virtually no one plays a pure blade long iron.  This is a very positive change.  My testing notes say it best: “4I is a big deal!”  I tested the PXG 0317 ST 4I against the pure blade 4I from my current gamer set.  The results clearly showed that the cavity back makes a difference.  Not only is the ball speed more consistent, all my shots launched slightly higher.  This combination led to higher top end distance and better distance consistency.  That’s an unbeatable combination. 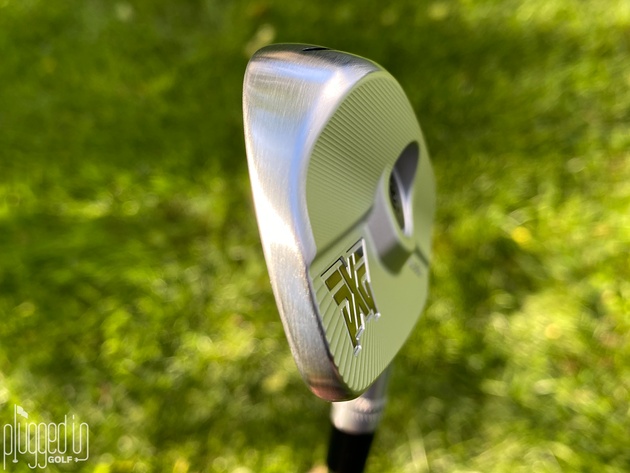 Shifting our attention to the rest of the set, the performance is the very best of what you would expect.  PXG poured immense effort into making this set as consistent as possible.  Their forging and milling process creates head weight tolerances of just 1 gram (the industry standard is 3 grams).  They use robotic polishing and milled grooves to make every edge and groove perfect.  For the high end player that wants total control of their ball, this set is impossible to beat. 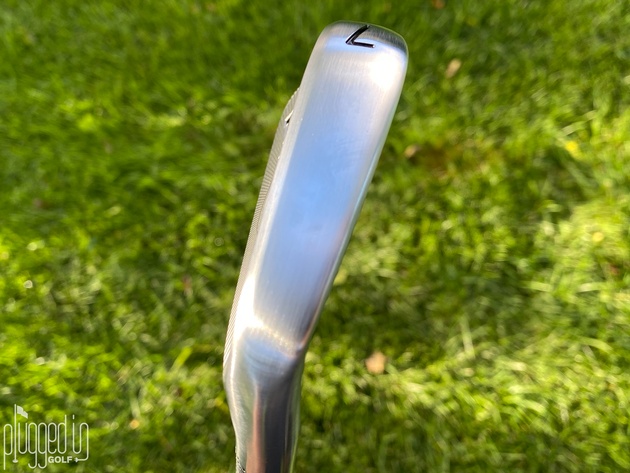 It is worth discussing exactly who this set is and isn’t designed for.  If you want maximum distance and forgiveness, stick with the 0311 P [review HERE] or XP.  The PXG 0317 ST irons have very traditional lofts to produce higher spin and launch.  This is best for players who A) have enough speed that they’re not worried about optimizing for distance and B) want that spin for shaping shots and holding greens.

I can’t emphasize the predictability enough.  Hitting these irons on a launch monitor, it’s shocking how every well-struck shot produces carbon-copy numbers.  The only time the speed, launch, spin, and distance varied was when I made a poor swing. 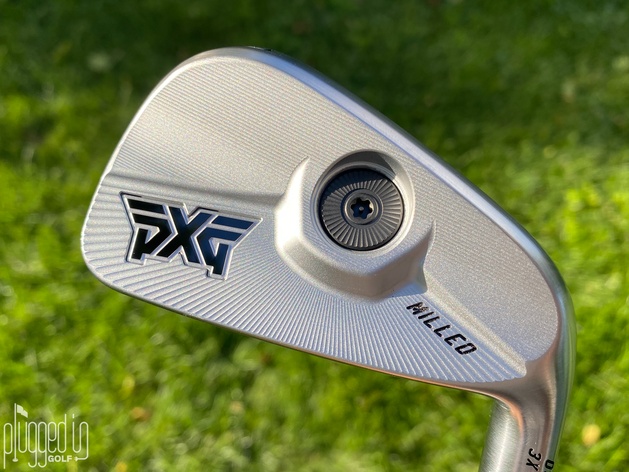 Finally, I want to highlight the one obviously “new school” element of these clubs: the Precision Weighting Technology.  PXG positioned this weight behind the center of gravity so that they can alter swing weight without moving the CG off center.  They put a ton of emphasis on fitting, and the PWT gives them the ability to control swing weight in a way that no other OEM does.  You can experiment with lighter or heavier swing weights to find what works best for you during a fitting with PXG. 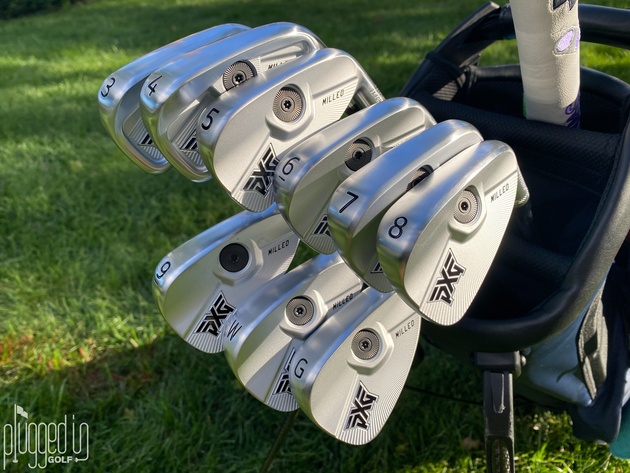 For the high quality ball striker, the PXG 0317 ST irons deliver everything you could want.  They look and feel great, but the consistent performance is the real jaw-dropper.  Add in sensible cavity backs in the 3I and 4I and you have a set built to demolish course records. 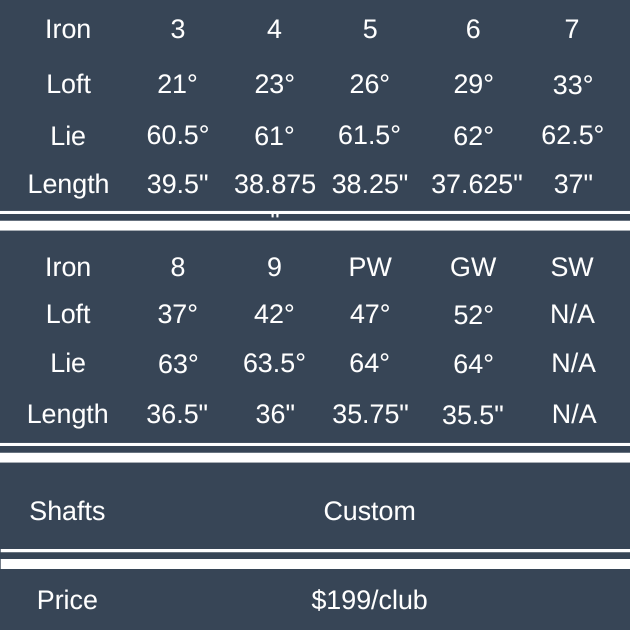