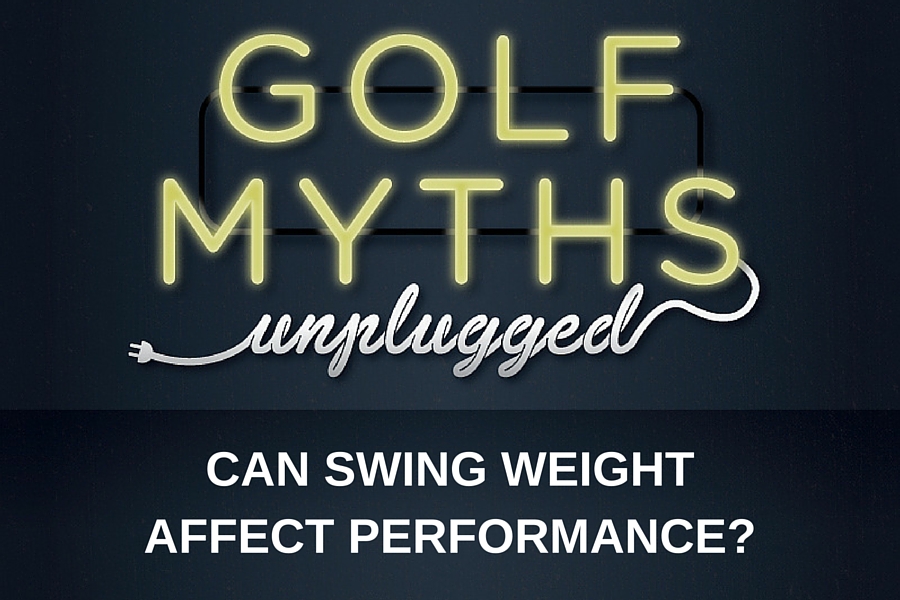 What Is Swing Weight?

Every player has a favorite club in their bag.  You hit lots of good shots with it, and something about it just feels right.  A big part of that is swing weight.

Have you ever picked up a new club and immediately known that it wouldn’t work?  Again, swing weight.

So, whether you’re aware of it or not, you have a preferred swing weight.  The question we set out to answer is, does swing weight actually impact performance, or is it simply a personal preference like the color of your grips? 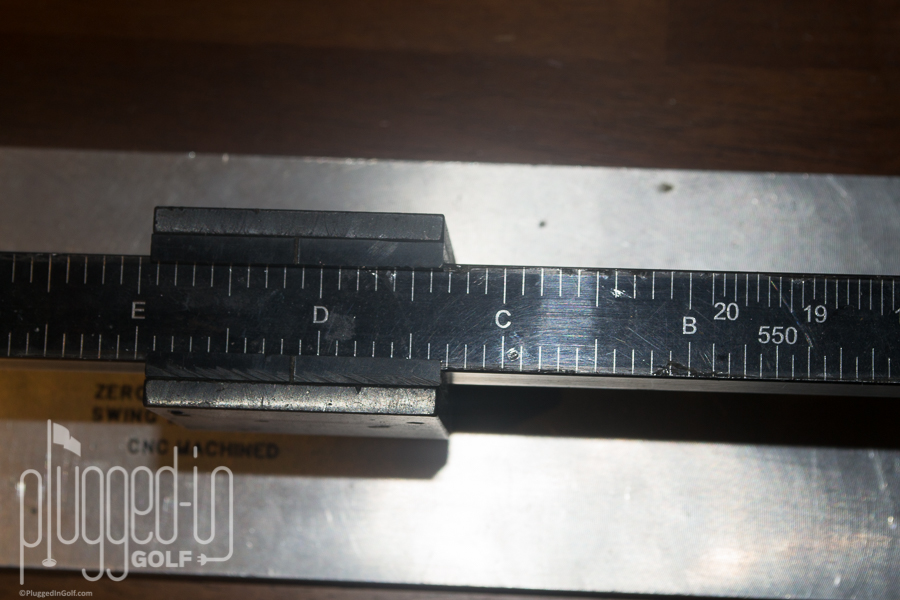 In simple terms, swing weight is how heavy the club head feels when you swing it.  More technically, it’s how much the club tips towards the club head when you balance the club on a fulcrum.

Swing weight is measured on a swing weight scale and is referenced with an alphanumeric code.  Swing weights range from A0 at the lightest to G10 at the heaviest, with most men’s clubs coming in around D0-D2 and women’s clubs weighing C5-C7.  The difference between two swing weights, D0 and D1 for example, is approximately two grams of weight in the club head. 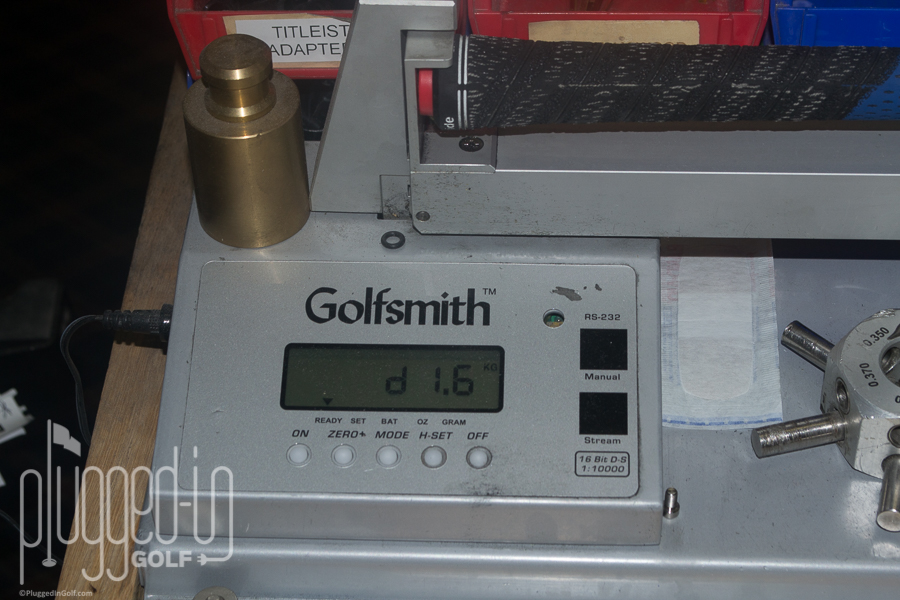 Myth #5 – Swing weight affects the way you swing the club

Myth #6 – Golfers can only sense large changes in swing weight

We brought together six golfers with handicaps ranging from scratch to the low teens for this test.  Using the same six-iron, each player hit five shots at each of four different swing weights – D0, D3, D6, D9.  All the shots were recorded on Trackman. 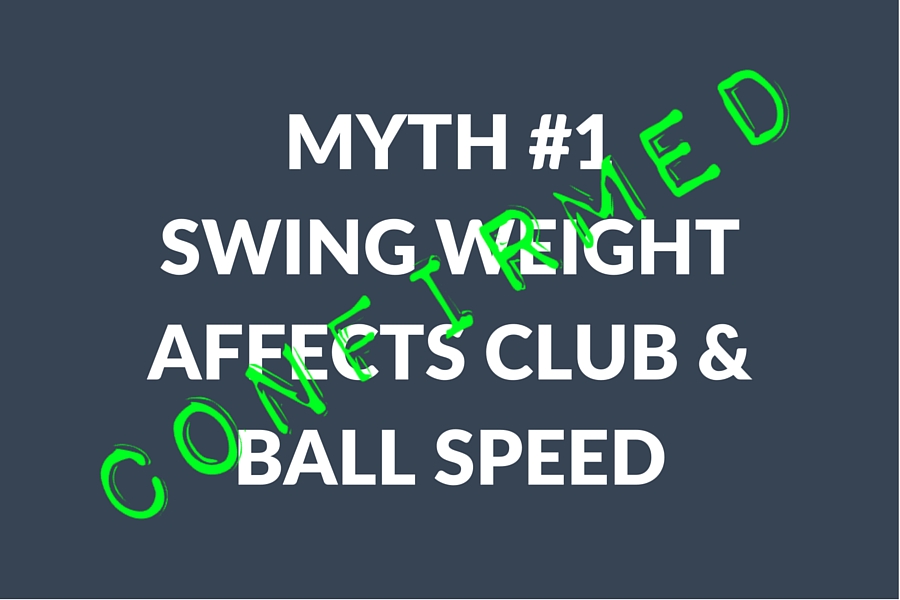 In past tests, like our shaft weight study, we’ve shown mixed results for the theory of “lighter is faster.”  In the case of swing weight, however, there is a clearer relationship between weight and speed.  5 of our 6 testers saw their median club speed drop when moving from a swing weight of D0 (light) to D9 (heavy).  The six testers lost an average of 2.75 MPH – a very significant amount of club head speed, especially with an iron.  In the most extreme case, a tester lost nearly 5 MPH.

Interestingly, the relationship between swing weight and ball speed was not as clear.  5 of 6 testers lost ball speed when going from D0 to D9, an average loss of 2.2 MPH, however, two players posted their highest ball speeds at swing weights above D0 – one at D6 and one ad D9.

How is this possible?  Smash factor.  Smash factor measures how efficiently energy is transferred from the club to the ball, and 4 of 6 testers posted their highest smash factor with the heaviest club.  Simply put, heavier heads create more ball speed given the same swing speed which is why you see so many manufacturers making their club heads heavier. 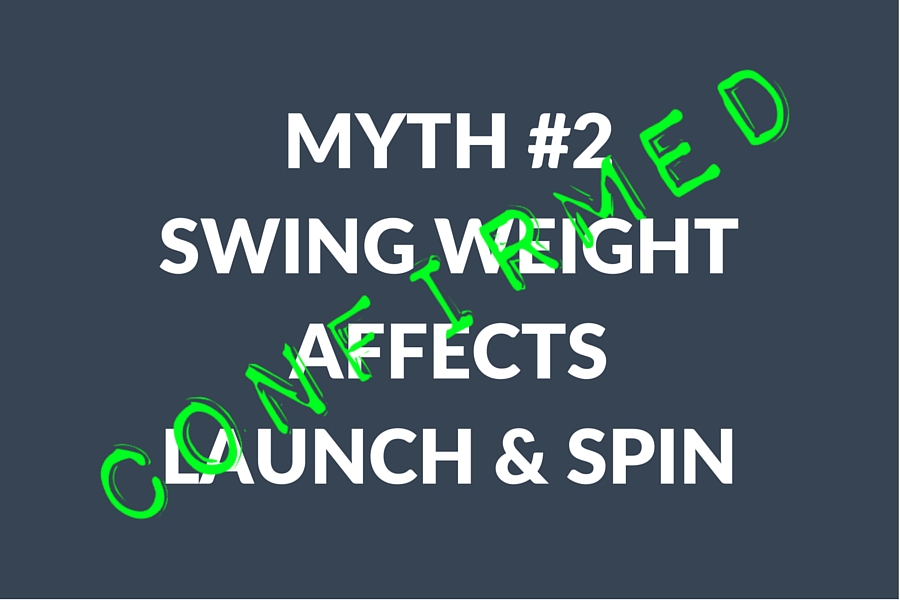 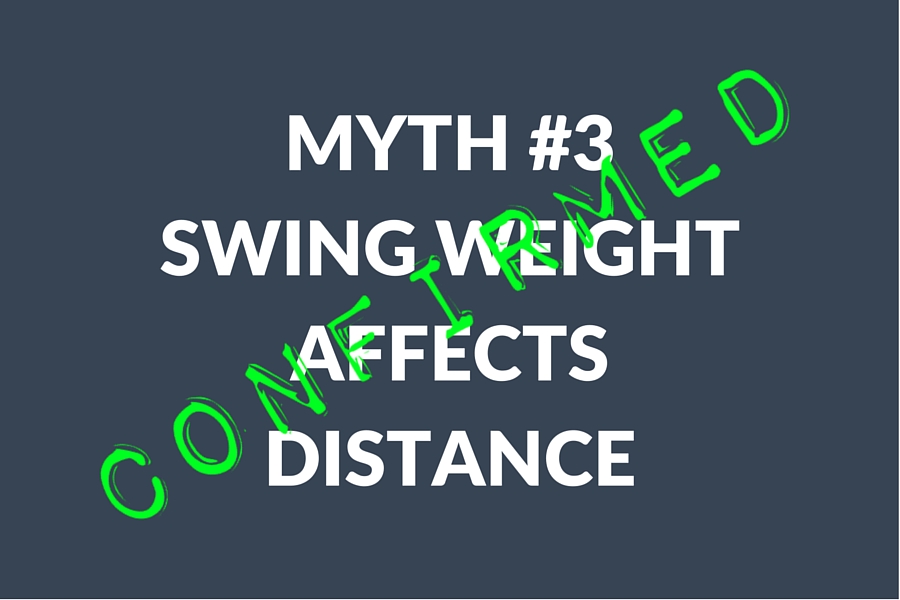 Did you ever think that hitting your irons at least a club longer was just a matter of adding some lead tape?  It’s true.  As they worked through the range of swing weights, our testers saw their median distance change a minimum of 7 yards and a maximum of 39 yards!

Sadly, we’re about to disappoint anyone who was looking for a simple rule to use to gain these yards.  Half of our testers produced their longest shots with the lightest swing weight, but two were longest at D6 and the biggest gainer was longest at D9.  Just as with launch and spin, every player has their own swing weight that will produce maximum distance. 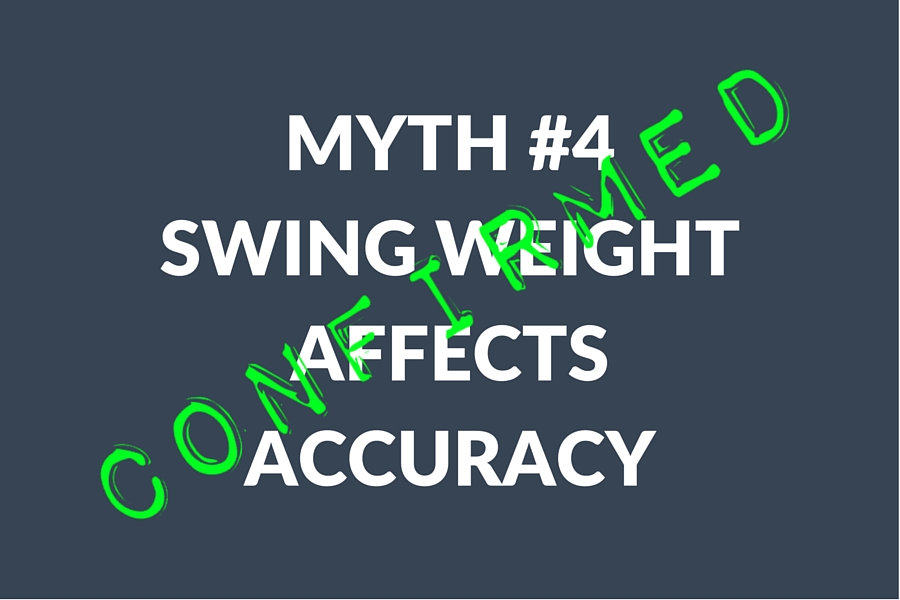 At this point, no one should be surprised that swing weight had a large impact on accuracy.  When looking at median accuracy, our testers’ shots moved as much as 18 yards from left to right as they worked through the different swing weights.  We had testers go from painting flag sticks at one swing weight to missing the target by 15 yards at another. 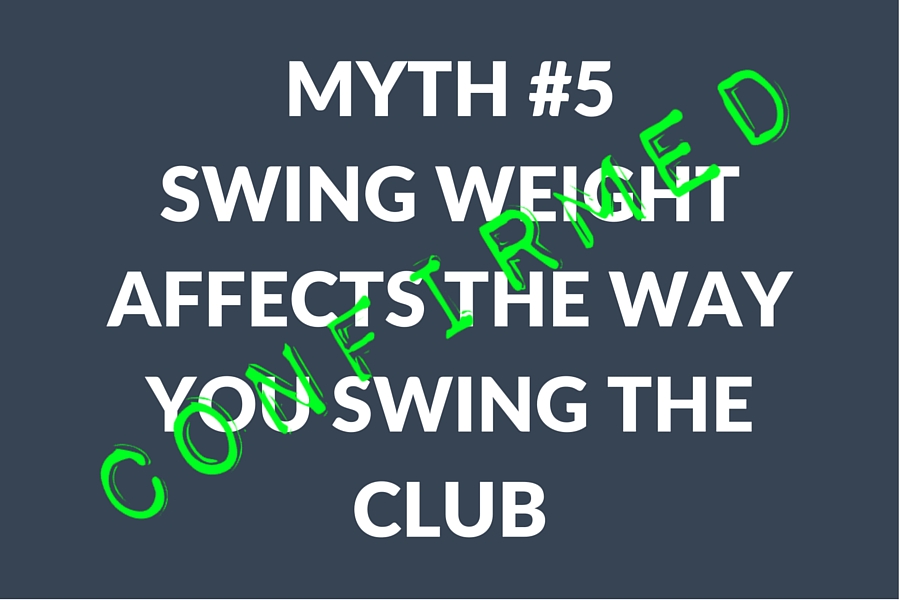 Given the huge changes in speed, distance, and accuracy, you would be right to expect that changes in swing weight changed our testers’ club path, face to path relationship, and angle of attack.

4 of 6 testers swung the club more left with higher swing weights, two swung more right.  Most of the changes were significant – approximately two degrees – and one was an amazing eight degrees!

Predictably, face to path changes followed the same pattern: four were more right (fades and slices), two were more left (draws and hooks).  Again, all of the changes were noticeable, and a couple were extreme.

The results for angle of attack were mixed.  You might expect that the heavier head would lead to steeper, more negative angles of attack, but only two players showed that trend.  The other players had somewhat erratic patterns, but three of them registered their shallowest AoA with the D9 club.

Nick Sherburne, Club Champion’s Founder and Master Builder and Fitter, explained this result by saying that the body often responds to the heavier head by pulling up harder, resulting in the shallow AoA. 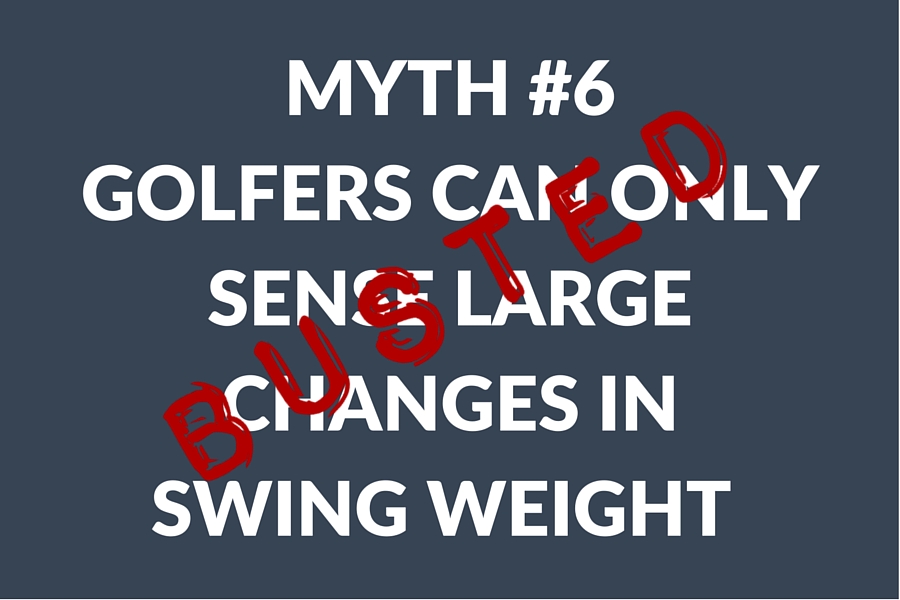 This myth was busted very early in our testing.  Though the change from D0 to D3 only represents six grams of added head weight, each of our testers found it immediately noticeable.  Not only did they comment on the change in feel without prompting, but the data shows that their swings knew the difference, too.

If you look at the data, you can see that any given change, whether it was from D0 to D3 or D6 to D9, can make a huge impact on the way the club performed. 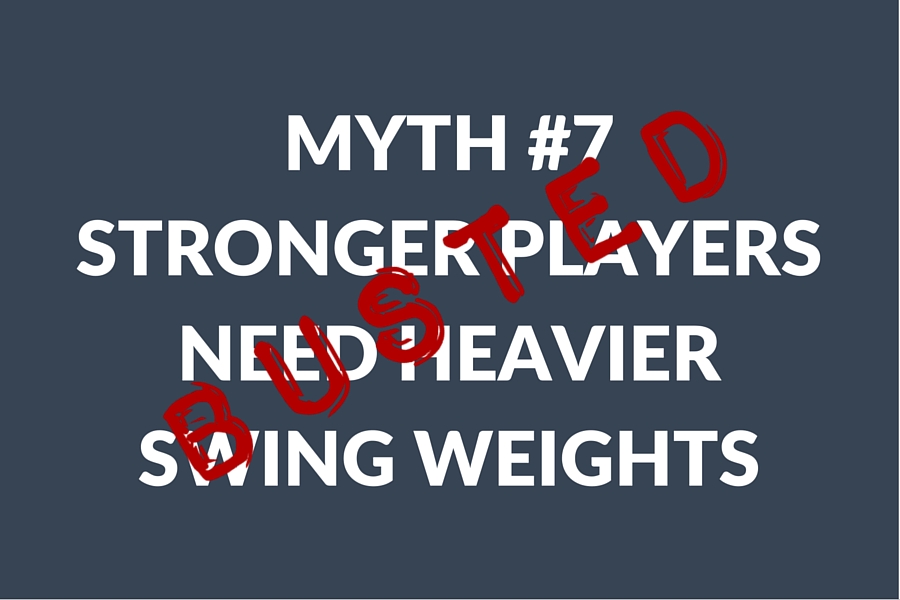 Whether you measure strength in terms of club speed or the ability to pick up heavy things, this myth is busted.  Our fastest swinger hit the lightest club the farthest and hit a relatively light club the most accurately.  Similarly, our strongest tester had his swing go to pieces with heavier swing weights.

Just as with every other element that we’ve tested to date, swing weight is a personal thing that can’t be fit with simple rules of thumb.

This also gives you one more factor to consider when being fit.  Make sure your fitter is aware of, or helps you find, your preferred swing weight so that one club doesn’t outperform another simply based on having the correct swing weight for you. 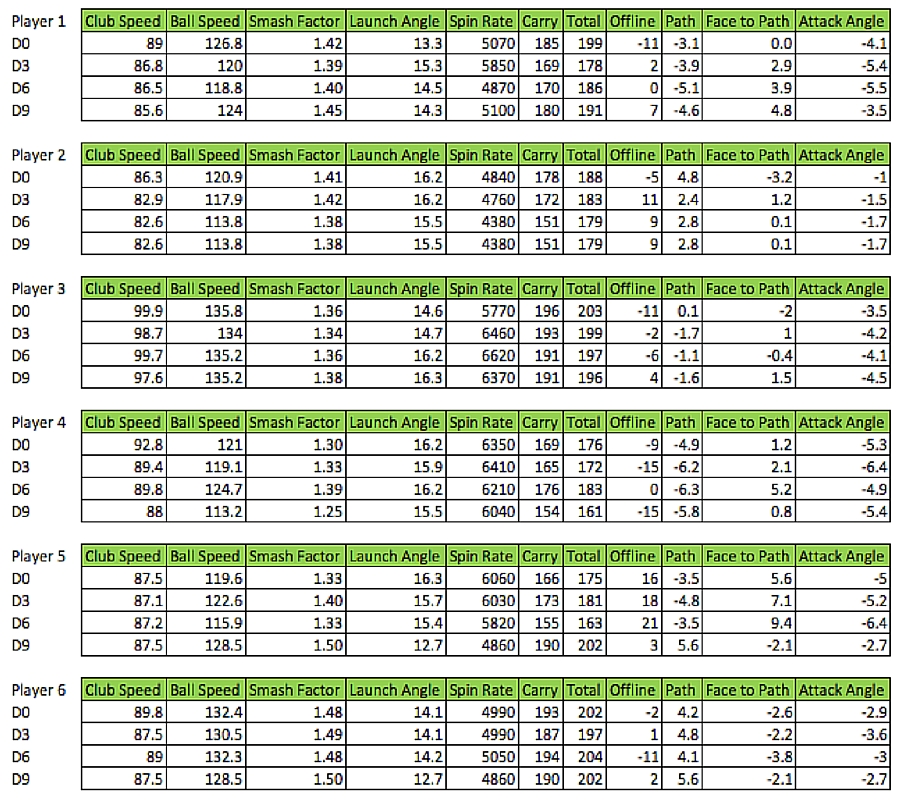