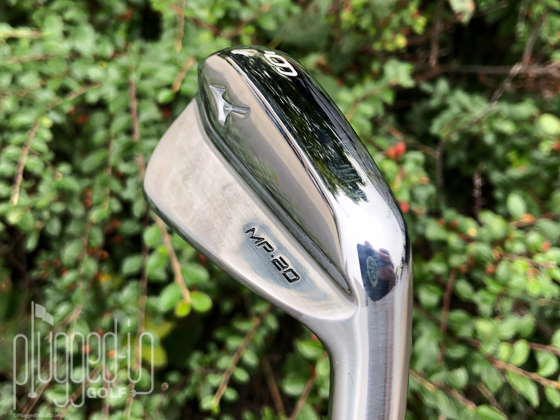 Though not a lot changes from one model to the next, the release of a new Mizuno blade still manages to get the golf internet fired up.  The MP-20 was no exception.  With a thin layer of copper promising to enhance the feel, elite players (and those that wish to be) were dying to get this new blade in their hands. 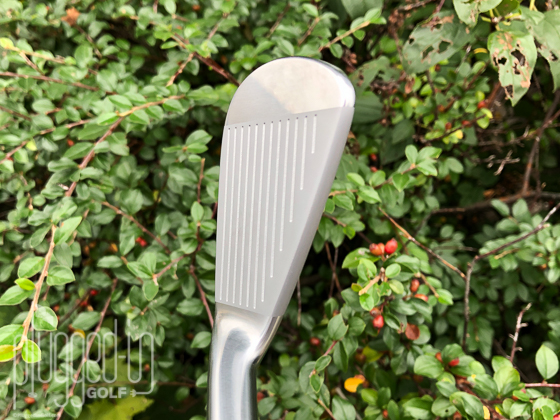 Both in the bag and at address, the Mizuno MP-20 irons announce that their owner is a player.  Set the club down and you’ll see a slim – but not razor thin – top line and virtually no offset.  To my eye, the shape of the toe is beautiful – squared up without being boxy or angular.

Mizuno also nailed the look in the bag.  The chrome finish is classic and the branding is tastefully done.  The running bird logo sits on the toe without any paintfill, and the small MP-20 branding is located near the heel.  The club doesn’t even say “Mizuno” because if you don’t know, you don’t know. 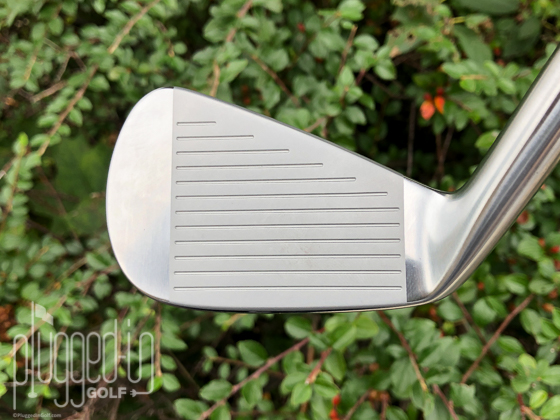 Being a new Mizuno blade is like being the child of a Nobel laureate: the bar is set pretty high.  The new MP-20, with its copper underlay, does a good job of living up to the hype.  Centered shots are everything you’d expect: very soft, satisfying, the kind of feeling that says “This is why I play golf.”

When you miss, you get the feeling that says, “This is why you need to practice more.”  These irons don’t sting your hands, but they deliver a clear message that you missed your mark.  Feedback is very precise, which better players should appreciate. 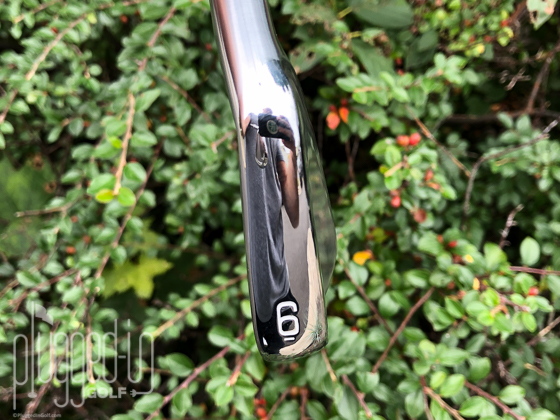 While the MP-20 looks like a typical blade, Mizuno has done some subtle things to enhance performance.  What they call “Flow Tapered Blade” means that the center of gravity is lower in the long irons to make them easier to launch.  The higher CG in the short irons makes them easier to flight down and control.

Compared to the other MP-20 irons – and the vast majority of other modern irons – the MP-20 is fairly high spin.  For the elite ball striker, this can be a positive as it makes it easier to shape shots.  However, for the high spin player, this can be detrimental to distance.  Speaking of distance, the MP-20 has weaker lofts than the MP-20 MMC and MP-20 HMB, so be careful if you’re trying to create a combo set.

The one unequivocal downside of playing a blade is the lack of forgiveness.  The MP-20 is a true blade in that it is more than happy to leave your ball two or three clubs short of the target when you make a mediocre swing.  The highs are high when you play a blade, but the lows of drowning balls in water hazards are pretty low. 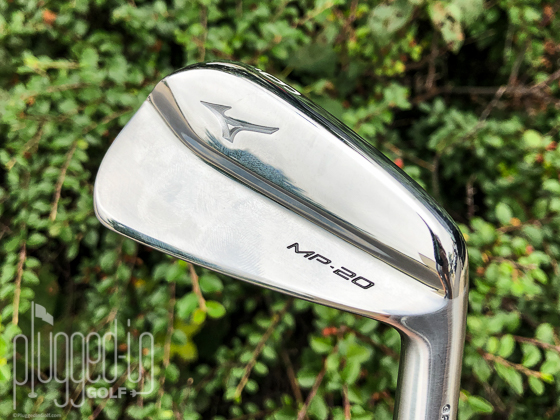 As much as I wish there was an interesting take to deliver in this review, I just don’t see one.  The Mizuno MP-20 is everything it’s supposed to be and nothing it’s not.  The Mizuno fans and the high end players will be head over heels for these irons.  However, if you’re looking for any forgiveness at all, stick to admiring these from a distance. 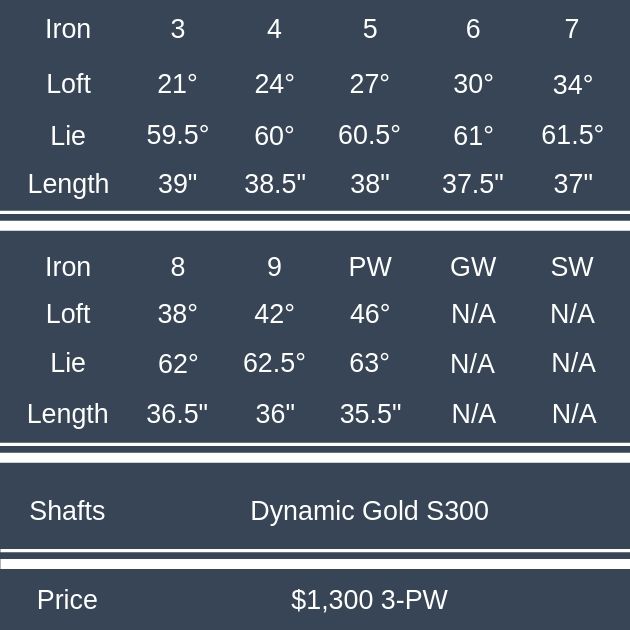