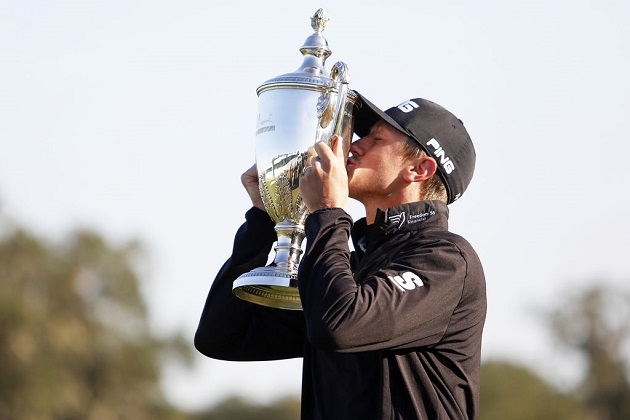 Hughes was able to put himself in a position to win at Sea Island by playing flat-out consistent golf.  There’s no other way to describe it.  The rookie finished with all four of his rounds in the 60s.  He had a forty-one hole run without a bogey.

Hughes came out firing with an impressive 61, then continued to string together rounds of 67-68-69.  He finished the weekend at 17-under par, putting him in a five man playoff with the likes of Henrik Norlander, Blayne Barber, and Tour veterans Billy Horschel and Camillo Villegas, who all finished three shots clear of the field.  On the first playoff hole, Horschel was the only player eliminated after missing a 3 foot par putt.

The remaining four players returned to the par 4 18th for the second playoff hole with daylight dwindling.  Similar to the first playoff hole, all four players were able to convert for par, and the finish had to be pushed to Monday due to lack of daylight.

On Monday morning the players went to the par 3 17th hole, which wasn’t nearly as kind as the 18th.  After Norlander and Barber could not make pars, Hughes capitalized with a par from off of the back of the green.  While Villegas had a chance to match him, he was unable to convert.  Hughes was the last man standing for the 2016 PGA Tour Season.

Hughes’s victory came in only his ninth Tour event.  Previously, his best finish was a 13th place finish at the Safeway Open.  After narrowly grabbing his Tour Card from the Web.com Tour, Mackenzie Hughes is now a PGA Tour Victor.  Take a bow kid, and get ready for next year. 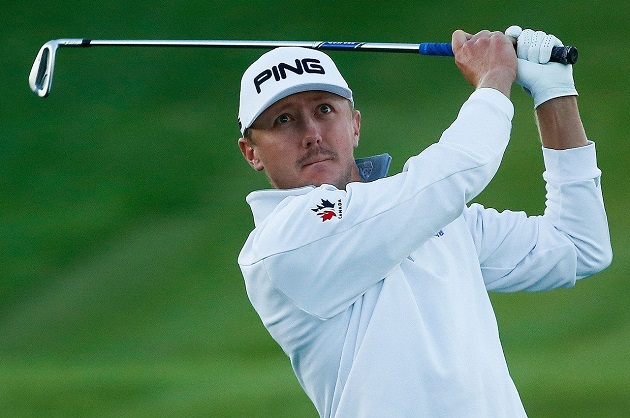