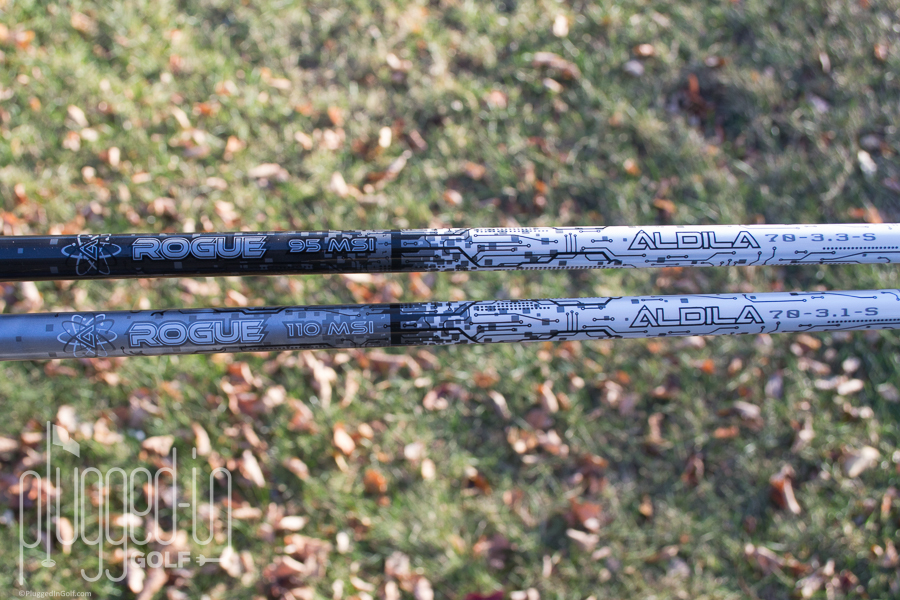 No recent shaft or club has received the PGA Tour validation that the Aldila Rogue has.  If you have the game – and wallet – for the Limited Edition Rogue, the shaft that’s played on Tour, that is available to the public for around $800.  For players without superhuman swings who want to play something similar, Aldila has released the Rogue Silver and Rogue Black. 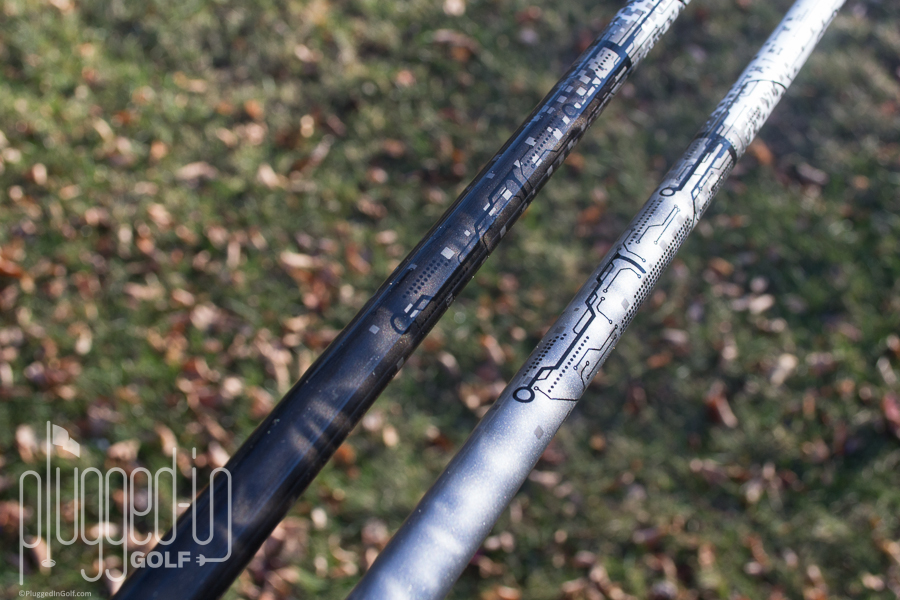 The Aldila Rogue Silver and Rogue Black both aspire to the Rogue’s unprecedented combination of stability and smooth feel, and both come fairly close.  They have the smooth kick of the LE Rogue, but are slightly lacking in the taut, stable feel.  That’s not to say that either is loose or inaccurate, they just don’t match the high standard set by their $800 brother.

In comparing the Silver to the Black, they are much more alike than they are different.  The sole difference comes in the tip section: the Black has a softer tip, the Silver has a stiffer tip.  What I like is that the Black offers the softer tip without also bringing a huge amount of torque with it.  The Black does feel a little more lively, but it’s not a torque-y hook machine like many softer tip shafts. 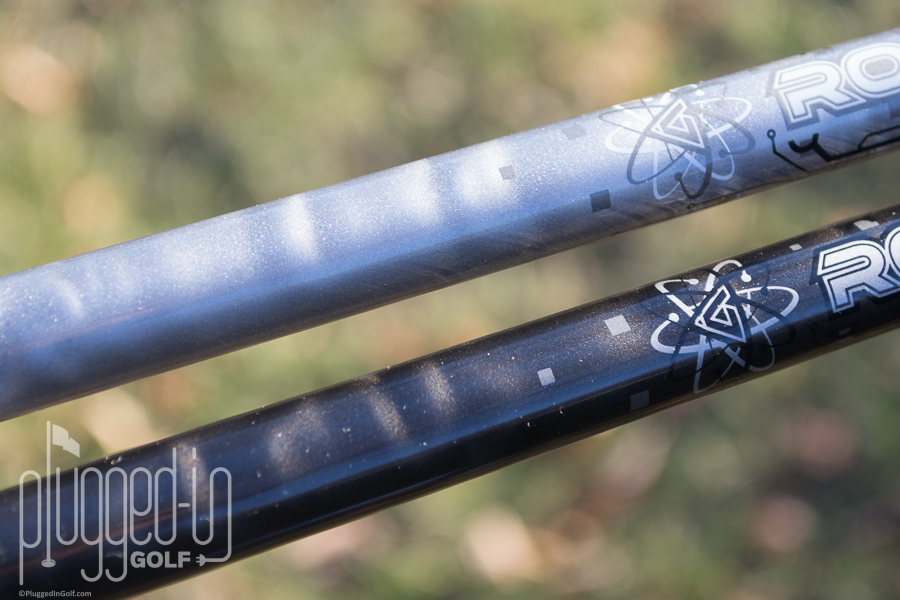 The Aldila Rogue Silver and Rogue Black both have the same graphics as the Limited Edition Rogue.  The Rogue Silver, in fact, looks nearly identical to the Limited Edition Rogue.  The Rogue Black has the same graphics but is black near the butt.  Overall, both are solid looking shafts, but not the biggest eye-catchers on the market. 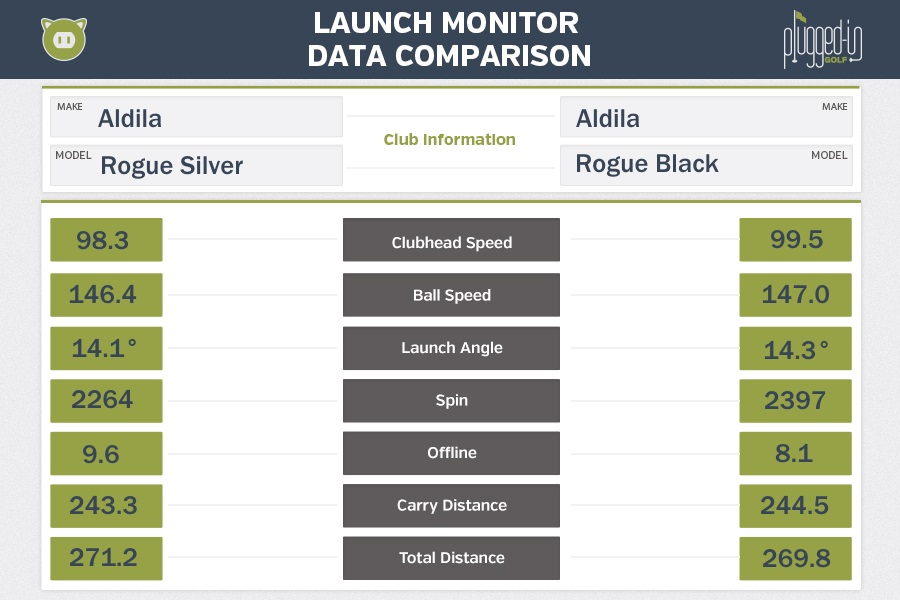 The numbers on these shafts are both really solid, and, just like the feel, very similar.  You can see that they both keep the spin fairly low while maintaining a reasonable launch angle.  My numbers with the Black were slightly better in terms of ball speed and accuracy, but I feel that on a different day, those numbers could easily go the other way.  The Black did produce slightly higher launch and spin, but the difference is not night and day.  Both shafts are well within the low or mid-low spin category.

What I liked most about both shafts is that there was enough stability throughout the shaft that I didn’t feel the need to “hold on” through impact.  I was able to make free swings without fear of hitting hooks.

Please note that the Limited Edition Rogue was tested with a different drive head, on a different date, so the numbers are not directly comparable. 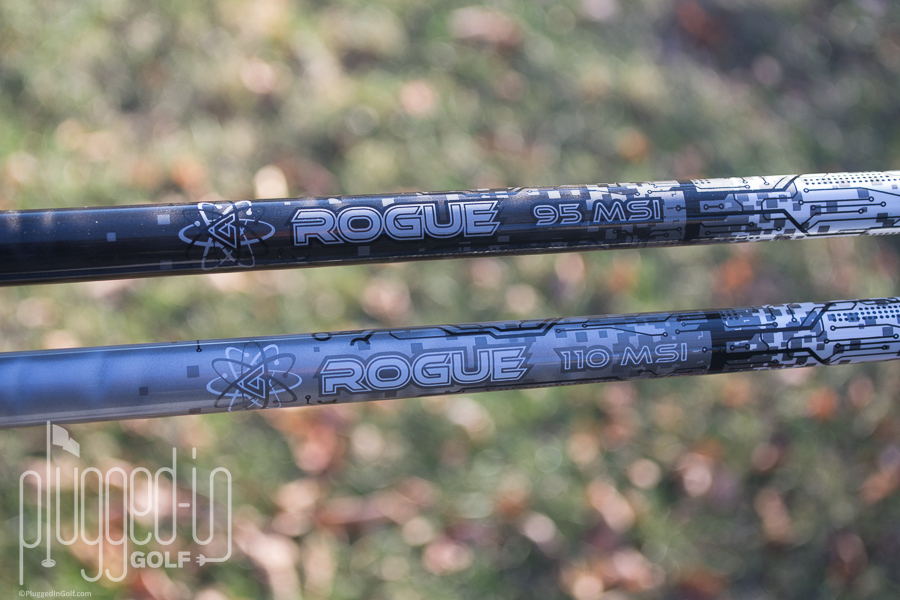 Usually I recommend avoiding “down market” options, but when big brother is the #1 shaft on the PGA Tour, little brother can still deliver.  The Aldila Rogue Silver and Rogue Black both perform really well and preserve most of the feel of the Limited Edition Rogue, but at nearly half the price.  Visit your local Aldila fitter to give these a try. 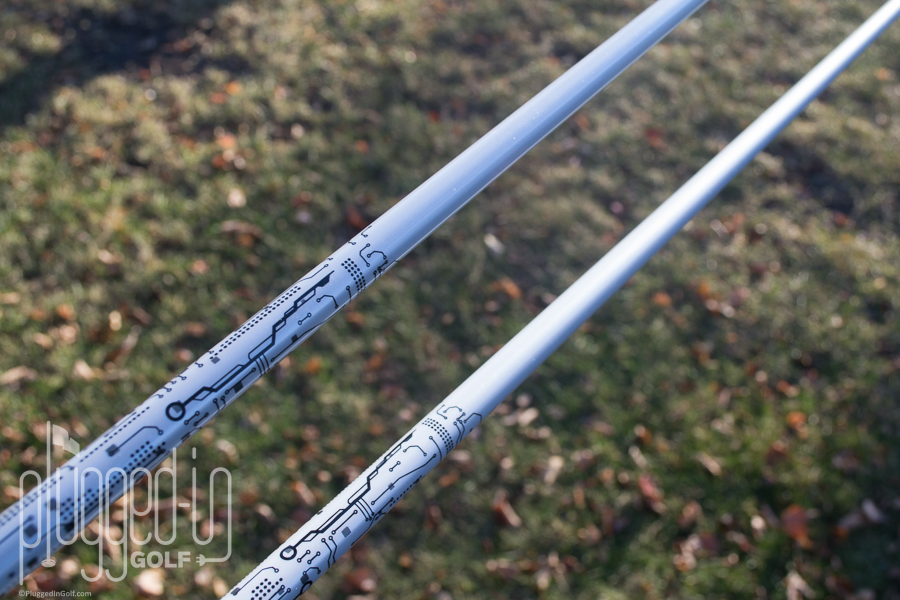