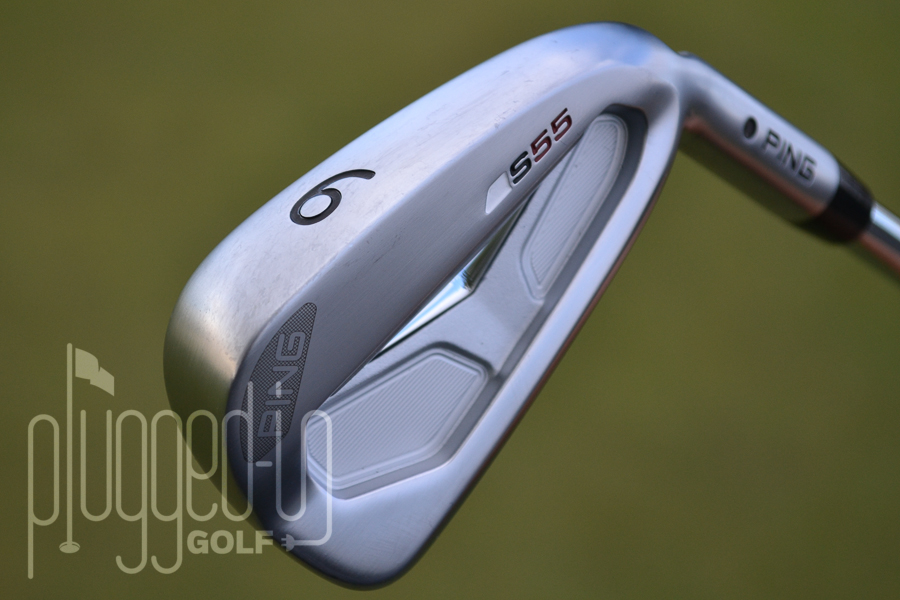 PING’s best-ever irons in terms of looks and feel.  A surprising amount of forgiveness for a club geared towards top-tier ball strikers. 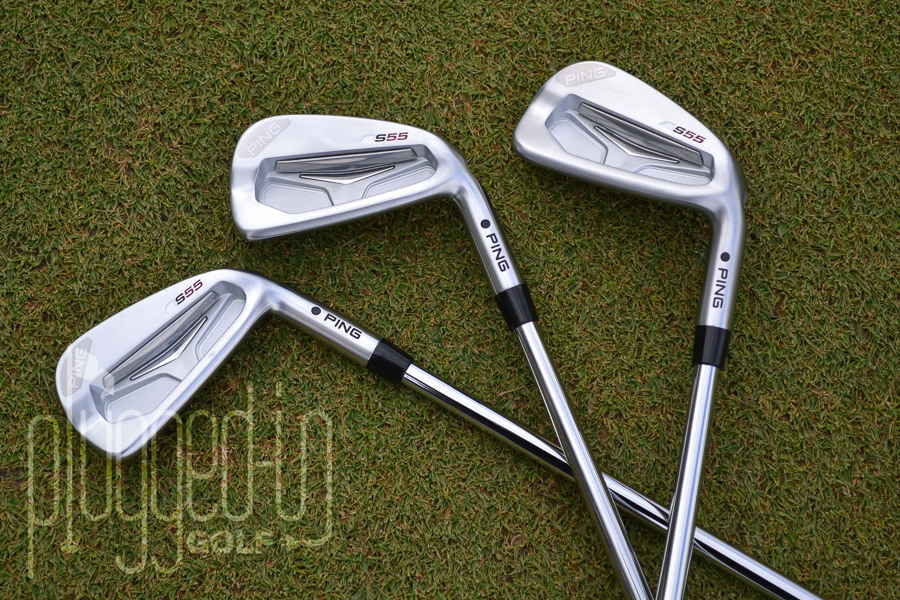 I don’t know if Bubba actually said that, but PING should make him say it and turn it into a commercial.

Seriously, though, by Tour standards, Bubba Watson never changes irons…until now.  The new S55 irons have finally replaced his beloved S59’s.  Why change?  Because PING has maintained the compact profile that players have come to expect from S-series irons while adding higher launch and more forgiveness. 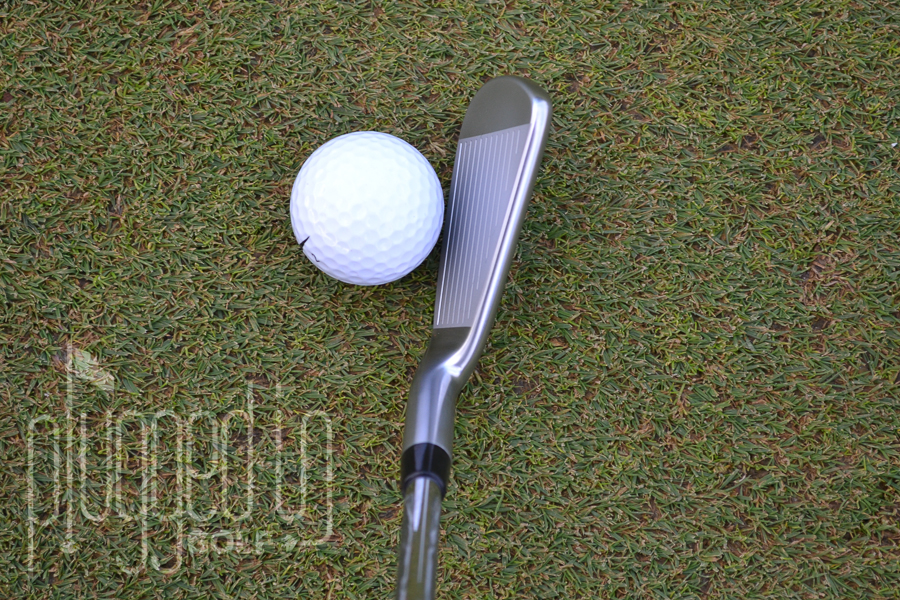 When I think of PING, I think “function before form.”  After seeing the S55 irons that may have to change because they’re as good looking as any player’s iron on the market.  In the bag, they are totally understated: there’s very little branding at all.  The cavity hints at the multi-material technology without screaming, “Look at me!”  It’s one of the few irons that isn’t going to look dated in 2 or 5 or 10 years.

At address, it’s everything you’d want in a player’s iron.  The offset is minimal and the top line is quite thin.  What really stood out to me was the length of the blade from heel-to-toe.  I’m not sure if it’s reality or just the shaping of the club, but it appears shorter than most other irons.  I found that the S55 framed the ball really well and the shorter heel-to-toe look reminded me to concentrate. 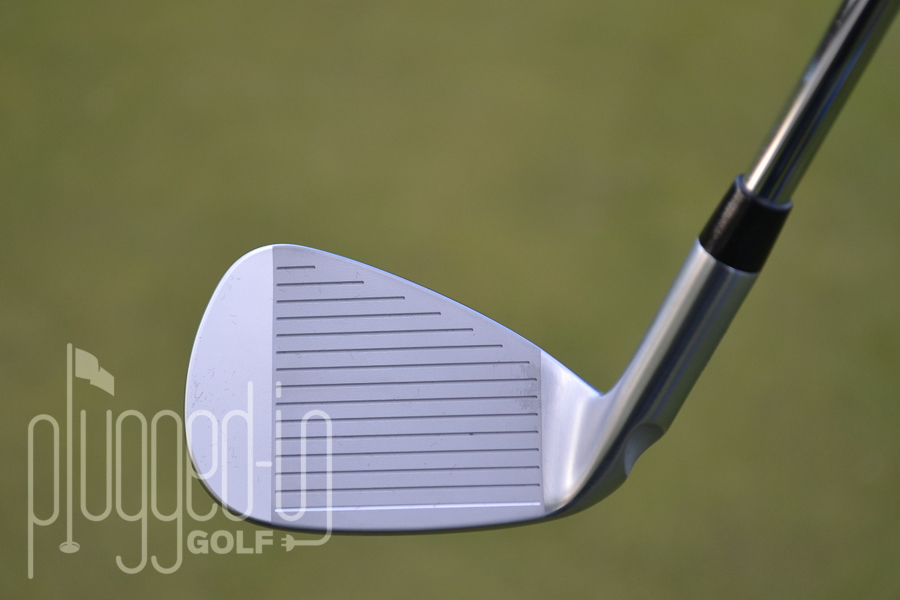 The feel of the S55 is, in my opinion, the single biggest improvement over previous generations of S-Series irons.  Having played forged irons almost exclusively, past S-Series irons felt too hard, sometimes even harsh.  The S55, by contrast, feel solid, but never hard.  Pure shots feel absolutely outstanding. 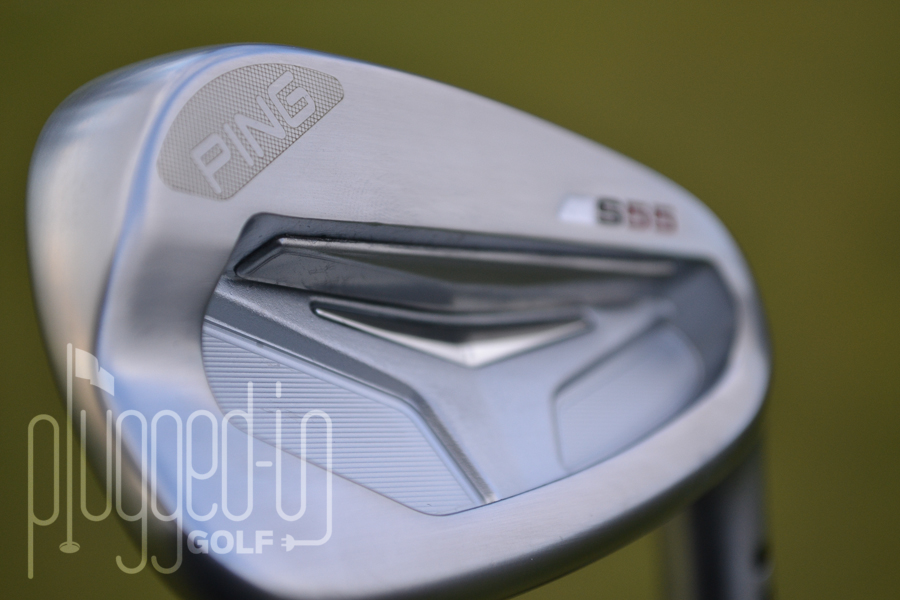 When I first spoke with PING about reviewing the S55, I was asked a question I had never encountered from an OEM before, “What’s your handicap?”  This was a fair question; these are not irons for the average double digit handicapper.  That said, they are not nearly as punishing as the looks would suggest.  I actually came away from each of my sessions with the S55 impressed with the level of forgiveness that PING has packed into this very small blade.

The element of forgiveness that surprised me the most was that you can hit a thin shot and still get a playable trajectory.  With a typical blade, hitting a thin shot is death because the CoG is fairly high.  With the S55, however, the CoG is lower, so you can hit it a little thin and get a result that looks very close to your best shot.

Everything else about the performance of this club is exactly what you’d expect: it’s a player’s club that’s all about precision and shot-shaping.  If you have the skills, the S55 will allow you to hit any trajectory or shape that you want. 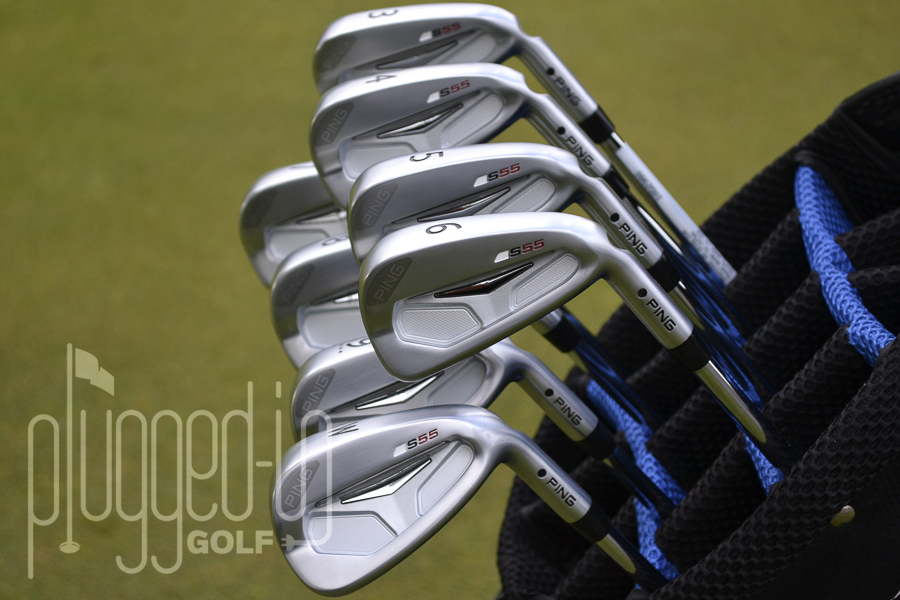 If you have the game for them, the PING S55 is a fantastic iron.  The aesthetics should please even the pickiest golfer, and the feel is very solid.  Most importantly, they perform.  They offer all of the ball control that you’d expect from a player’s club, with enough forgiveness that you can still play them on your off days.

The stock shaft options are PING’s CFS, Z65, or TFC 189I (graphite).  Other shafts from True Temper, Project X, and KBS, among others, are available through custom order.