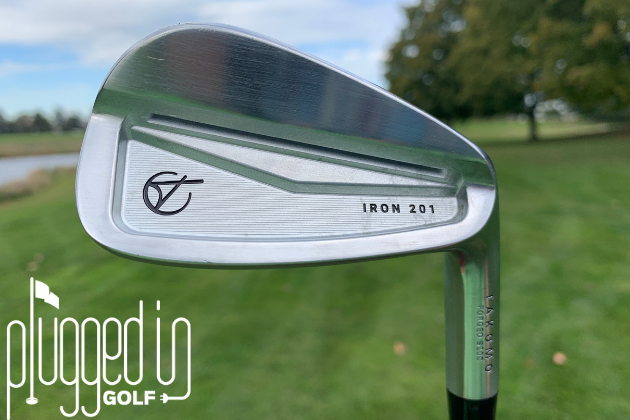 Takomo 201 irons may be one of the best-kept secrets in golf.  They have quietly appeared on the scene and are offering tremendous feel and value in a player’s cavity back iron. 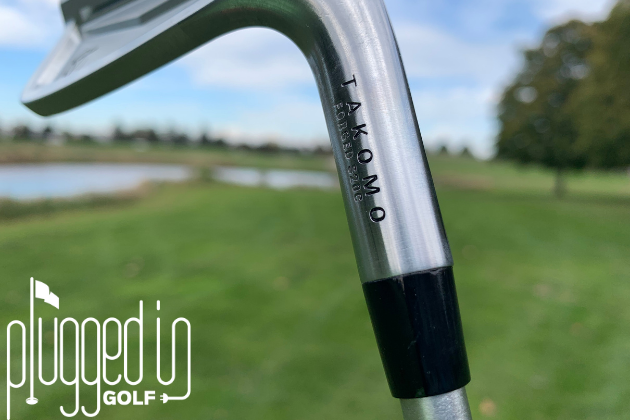 For Takomo, value is central to their whole identity.  There isn’t much on their “About” page, but what is there is all about value.  It reads, “Our sole mission at Takomo Golf Company is to offer the highest quality golf products at an affordable price…No, we don’t run any expensive TV and magazine ads.  Yes, that cost-saving goes directly to our consumers’ pocket.”  Customers will notice this too because the price for a set of clubs from 4-PW is just $589. 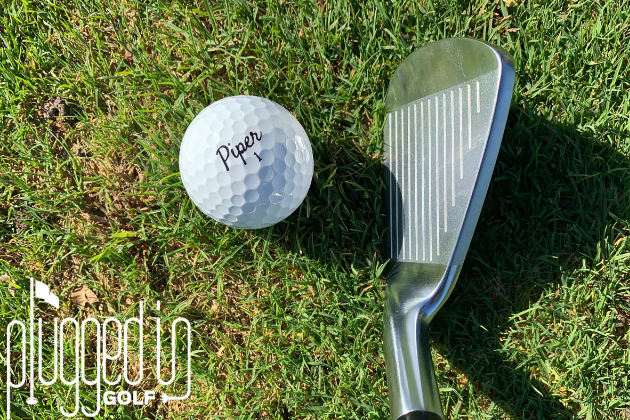 Our Editor-In-Chief Matt Saternus has told me a number of times that clubs are “tools, not jewels.”  But man, these are pretty golf clubs.  They are simple, without many frills.  One frill that does stick out though is the CNC milling on both the face and backside of the club. 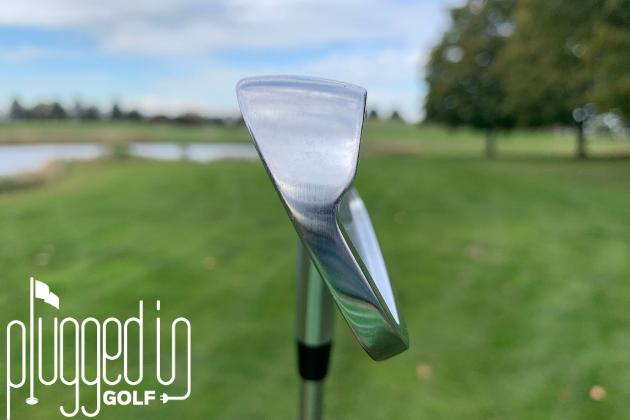 In the bag, the defining features are a simple black Takomo logo, the text “201 Irons,” and a cut-out cavity in the muscle design.  I’d prefer to see the text removed, but that’s just personal taste.  For those of you who remember the PING i210 irons [review HERE], these clubs look similar but more modern: thinner, sleeker, sexier. 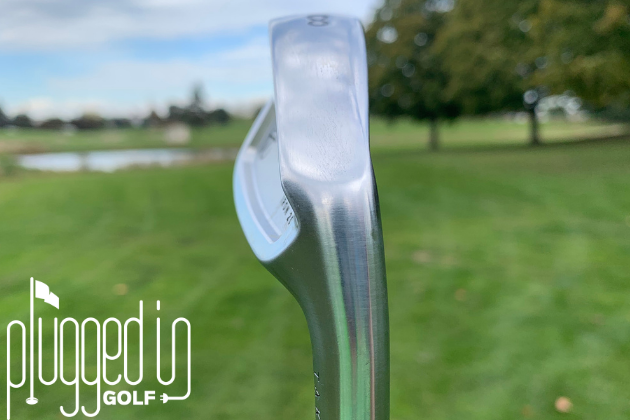 At address, I would expect a thinner top line and a bit less offset for a player’s iron.  The top line feels very squared off and boxy.  While some may find that comforting and confidence-inspiring, I think many that play these sort of irons will think it looks a bit too thick.  The blade length is spot on, however. 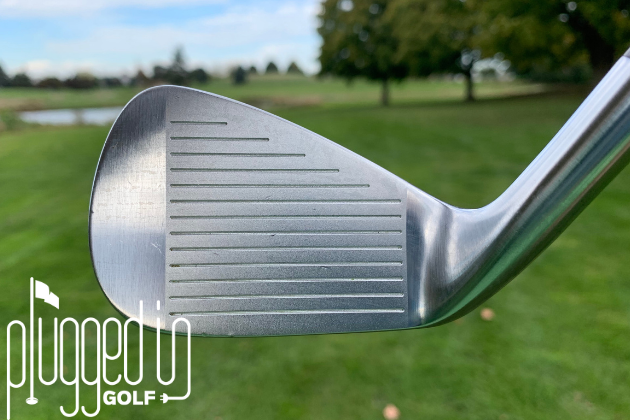 The word “Takomo” means “forge” in Finnish, and for golfers, forged means soft.  That was absolutely the case when I tried out these irons.  The 201s feel incredibly soft and smooth.  They utilize precision-forged S20C steel — the same material Miura Golf uses for their own irons.  I wouldn’t say these feel as lovely and smooth as Miura irons, however, I was very easily able to feel the locations of every strike I had.  I also found the slight camber on the leading edge of the sole of the irons felt quite pleasant when it came to turf interaction. 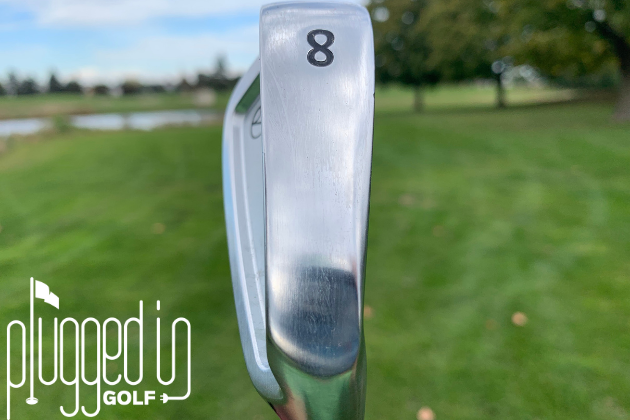 The sensation of each kind of strike, whether that be towards the toe, heel, bottom, or top of the clubface felt wholly unique.  That sense of certainty you feel when hitting each iron boosted confidence even when it wasn’t struck perfectly because you knew where the miss was and could address it during the next swing.  That soft feeling was strengthened by the lovely sound of the crispy, deep, “clip” these irons provided off the turf. 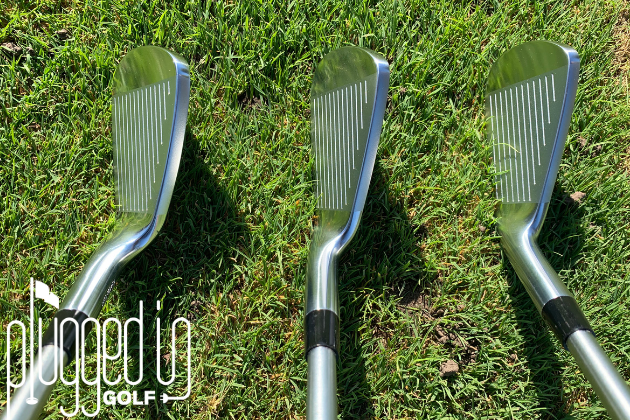 Forged cavity-back clubs of this type are traditionally for low to mid-handicap golfers, and, as someone who finds themselves in that category, they worked for me.  My numbers with the clubs were pretty much as I would expect.  There were a couple of yards of additional carry and more spin than my current gamers, but that could be attributed to the KBS C-Taper Lite shafts I was using (I game the KBS $-Tapers). 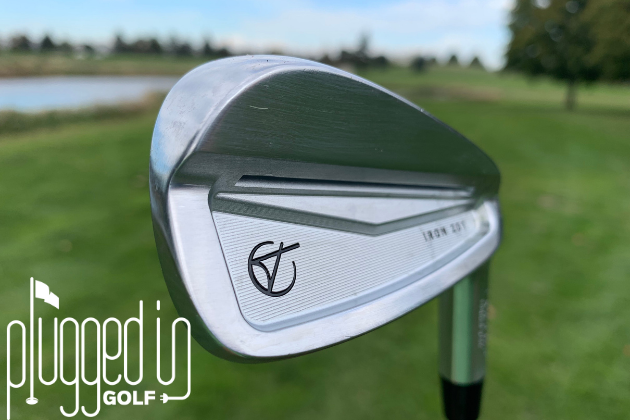 I also am happy to report that these irons were very workable.  I was able to open up the face of the pitching wedge and hit nippy, checking chips.  I was also able to pull out the 4-iron to keep shots low under trees and fade or draw each of the irons when I needed to.

There are a number of customization options that golfers can choose to fine-tune their clubs, as well.  They can make the irons up to three degrees flat or upright or can add or subtract nearly two inches in length.  While they don’t currently offer the clubs in a left-hand variant, you can customize pretty much every other aspect of the golf clubs.  Takomo offers the Fujikura Atmos Red, as well as the KBS Tour, C-Taper, and C-Taper Lite (all in Regular, Stiff, and X) as stock options.

Need something more forgiving?  Check out the Takomo 101 irons HERE 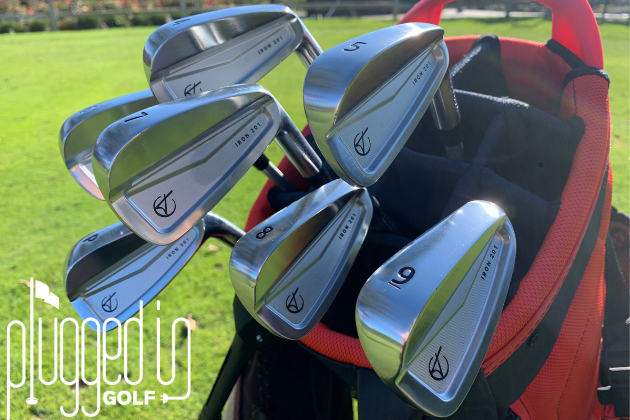 Sometimes when discussing the price of a product, people can think cheap means poor quality.  That’s simply not the case with Takomo.  Not only are the club heads premium soft carbon steel, but you’re also getting your choice of several KBS shafts (or Fujikura if you prefer graphite) and Lamkin Crossline grips.  These irons would be perfect for hobbyist club builders, golfers working with limited budgets, and those who just want a great feeling iron. 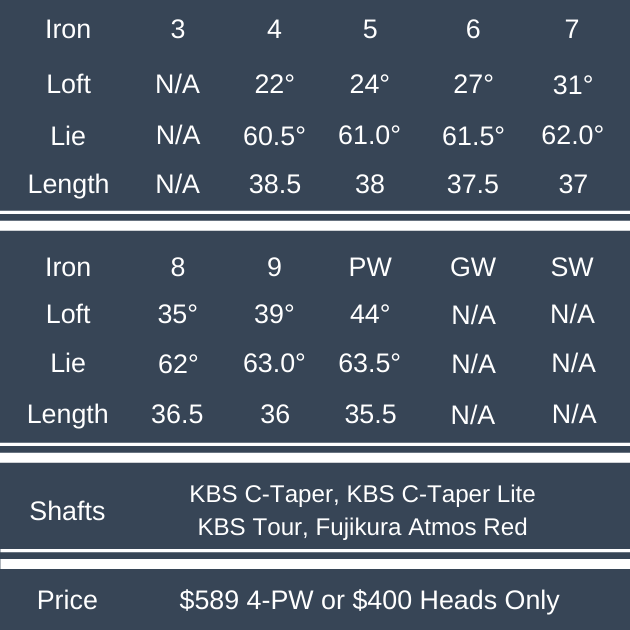