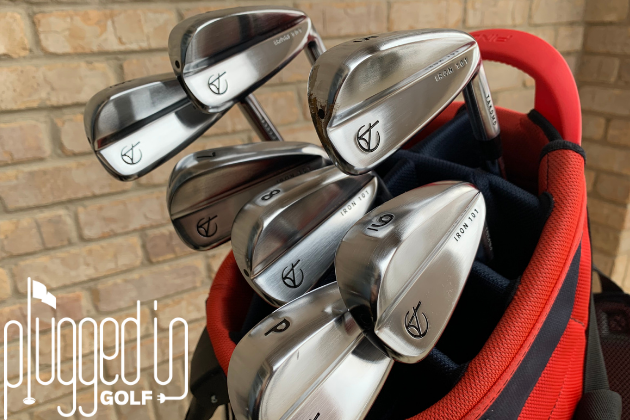 The Takomo 101 irons are a set that beginners and improving players should be interested in.  Distance and forgiveness meet in a hollow-bodied design that won’t break the bank. 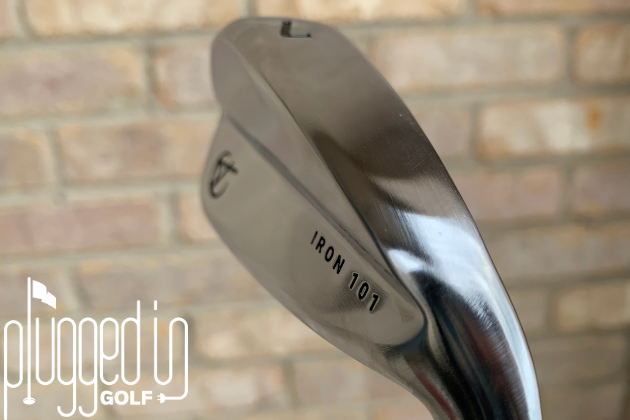 I have already written articles about Takomo’s endeavors for better players.  Their Skyforger wedges (review HERE) and their 201 irons (review HERE) offer great value, are extremely soft-feeling, and perform well to boot.  The 101 irons though, as the name implies, are a freshman class of sorts.  These clubs represent an intro to the golfing world.  While not a fit for me, I’m happy to report that they are fantastic for a wide swathe of golfers, including the price-conscious, as this set of clubs is only $459 for a set from 4-PW. 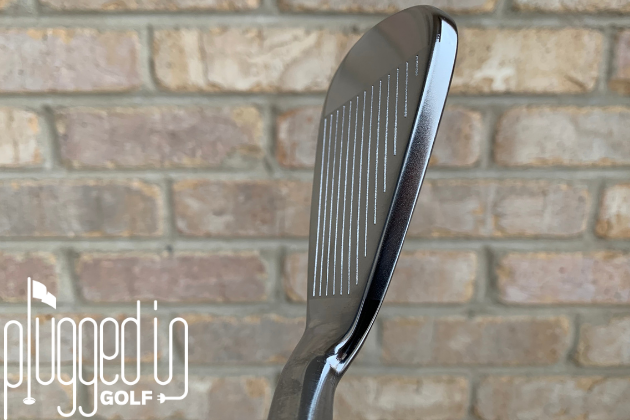 Aesthetically, the clubs look very modern.  The chromed-out look with a rather understated logo looks quite handsome.  I’m not a huge fan of the “Iron 101” on the back of the club, because I think it takes away from the minimalism and clean aesthetic.  The clubs also feature a small, circular port on the toe of each club that’s common to many other hollow-bodied designs like the Taylormade P790s (review HERE).

Although a bit bulky in the bag, the clubs don’t look too bulky behind the golf ball.  For beginner players or those looking to improve their game, the thicker sole and top line should instill a sense of confidence.  Those who need slim, sleek profiles need to look elsewhere. 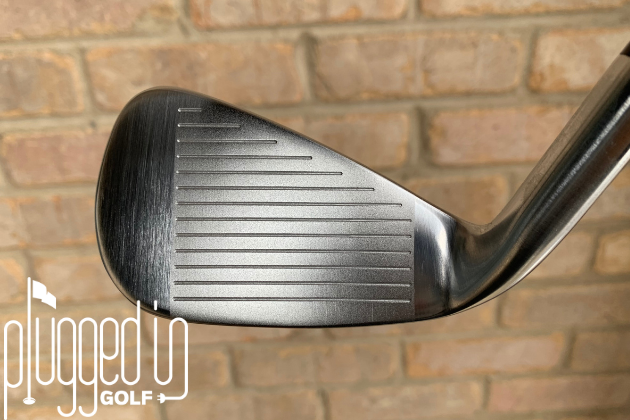 While the feel is alright, it’s much firmer compared to the forged S20C steel of the 201 irons and Skyforger wedges that Takomo also produces.  For someone who loves the extremely soft feel of those other clubs, that feeling will be lacking here.  While certainly not bad, those sensitive to cast clubs or firmer feeling clubs may prefer the 201s.

As for sound, that firmer feel translates to a “click” off the clubface.  While certainly not the worst sounding iron, there are other irons that Takomo produces that sound much better. 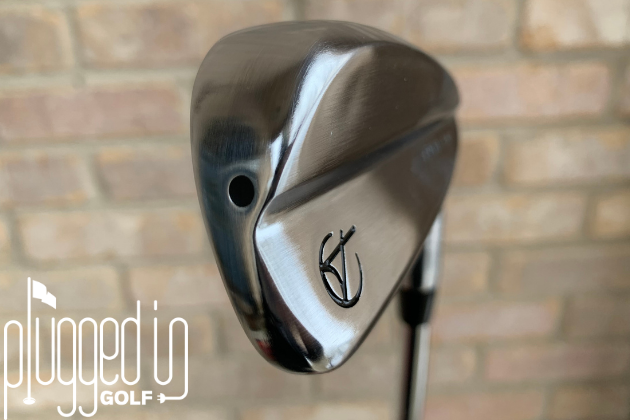 Billed to be forgiving and go far, the 101 irons do just that.  Compared to 201, they are higher launching and farther flying.  They’re more forgiving on mishits but are also lower spin and of course, stronger lofted.  When I say more forgiving, I mean directionally, they stay closer to that centerline.  While straighter, mishits were noticeably lower, with less carry, but total distances remained similar to well-struck shots. 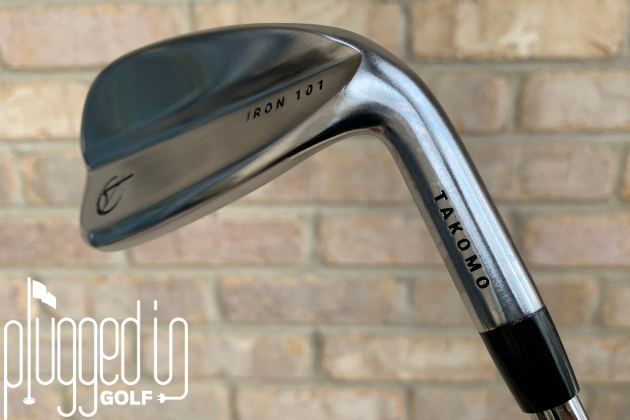 Other important details include a rather substantial amount of offset on most of the iron set.  That feature was not ideal for me, because I have a tendency to over-draw the ball.  However, for those who struggle with a slice or a general miss to the right, this feature will absolutely help correct that miss.  These 101s straddle the line between player’s distance and game improvement irons, with a strong lean towards the latter.

That’s not to say low-handicappers won’t appreciate certain aspects of these clubs.  In fact, with how well the 4-iron played for me, it made me wish that Takomo sold an even lower-lofted driving iron to put in my own bag. 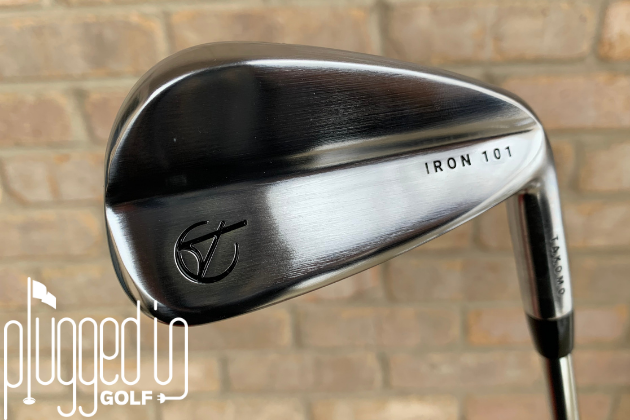 While the Takomo 101 irons are being marketed to intro golfers, they’ll work for a lot more golfers than that.  The forgiving, hollow-bodied designs are great for young or aging golfers looking for more distance, and for those who need more forgiveness than a standard set.  Takomo, as a company, always offers tremendous value. The 101 irons absolutely continue that tradition – this set comes in hundreds of dollars less than many other sets.  While not as soft-feeling as the other clubs in Takomo’s lineup, these are clubs that won’t disappoint their intended audience. 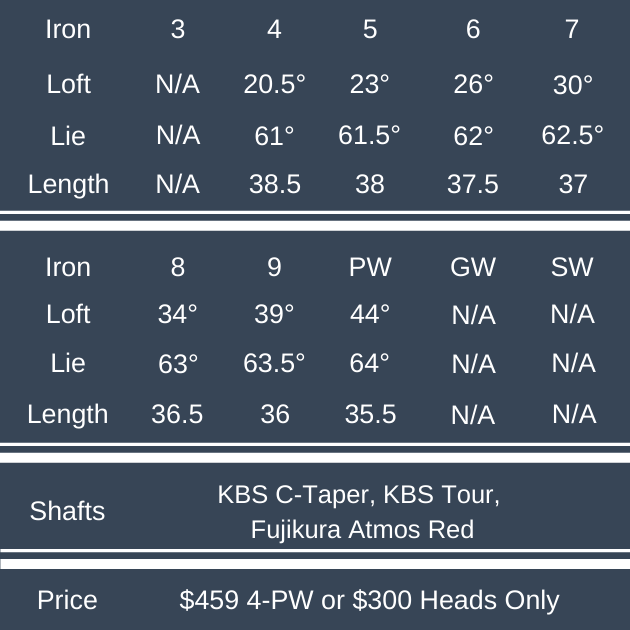