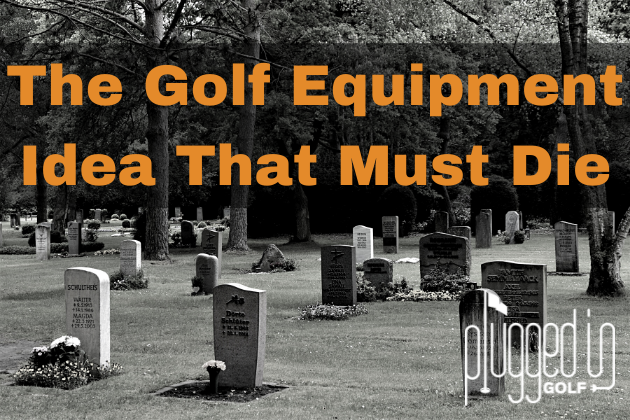 Many of the lessons I write are prompted by readers.  This is one such lesson, because at least once a week, I receive a comment or email that deals with the idea of “outgrowing” golf clubs.  Most often, the writer has seen their handicap drop and decided they need new clubs.  Sometimes it’s the preemptive concern about not buying clubs while they’re still improving.

I’m not writing this to dump on those readers.  I’m writing this because I think the idea of outgrowing your clubs is unhelpful and potentially damaging.  Additionally, I want to have a long form response to those readers that will, hopefully, help them with their decision.  I hope it helps you, too.

If you want to check out this lesson in podcast form, click HERE. 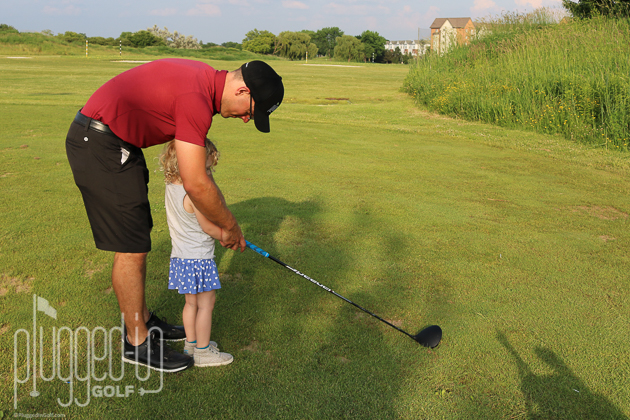 This Doesn’t Apply To You If…

Before you go running to the comments to tell me why I’m wrong, there are four categories of people who this doesn’t apply to.

Kids literally outgrow their clubs by getting taller and stronger.  Just like they need new shoes when their feet get bigger, they need new clubs as they grow.

If you’ve lost a significant amount of weight (“significant” can vary depending on height and build, but I’m thinking 30 pounds or more), you may need new clubs.  This can also apply if you’ve gained a lot of weight.  If your body changes a lot, the geometry of your set up position is likely going to be different.  This may require longer or shorter clubs or clubs that are flatter or more upright.

You Need Something Specific From New Clubs

If you’ve gained or lost 5 MPH of club head speed, you probably want to take a fresh look at your clubs and shafts.  Similarly, if you’re seeing a consistent problem in your ball flight over a significant period of time, you might need something new.  Neither of these is the generic “I’ve outgrown my clubs” because you’re going into the fitting with a specific goal: more spin, lower ball flight, more draw bias, etc.

Never forget that I am always the guy who encourages golfers to play whatever clubs they want.  If you are simply tired of what’s in the bag, by all means, get new clubs.  If something new and shiny has caught your eye, get it.  Play what makes you happy.

Why This Idea Must Die

Golf Clubs Do Not Have Handicap Limits

Just as there’s nothing stopping a 25 handicap from playing blades, there is no law that says a single-digit golfer needs to give up their forgiving irons.  To prove this, you need look no further than the bags of Tour players.  Some of the best players in the world use blades, but many do not.  They play whatever fits the needs of their swing and their preferences.  You should do the same.

It Only Applies to Irons

I’ve never received a comment that said, “I bought a big mallet putter when I started, but now I’m a good player, so I need a smaller putter.”  Similarly, no one has ever asked me at what handicap level they need to ditch their 460cc driver.  Somehow, this idea of “outgrowing” clubs is applied only to irons.

The Clubs You’ve “Outgrown” Made You Good

This is, perhaps, the most compelling point: the clubs you’ve “outgrown” are the ones that got you to this new, lower handicap!  Why are you leaving them behind?

I have no issue with a little flex.  A certain amount of ego is healthy, perhaps even necessary, for playing good golf.  But let’s be honest about it.  If you want new clubs because you’re now a single digit player, just say that.  Don’t offer a phony justification.

The entire purpose of Plugged In Golf is helping people play better and enjoy the game more.  The concept of “outgrowing” your clubs runs counter to those goals.

I could fill several books with the stories golfers have told me about “the clubs that got away.”  These stories always start with, “I thought I needed new clubs…” and end with “…I never played as well as I did with those old clubs.”  I don’t want that for any of you.  And before you say, “Just keep the old ones, too,” understand that’s not feasible for many golfers.  Golf clubs are expensive.

Finally, I want you to be happy when you buy new gear.  If you’re going into the process dishonestly or with a misguided notion of what you need, you’re going to be disappointed.  When your game truly demands something new, work with a fitter and find it.  If you want a shiny new toy, buy it honestly, knowing that it might not be best for your game but that you’re going to enjoy having it in the bag.