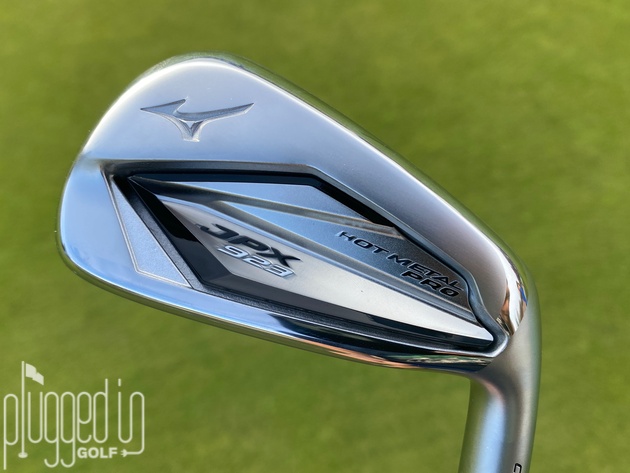 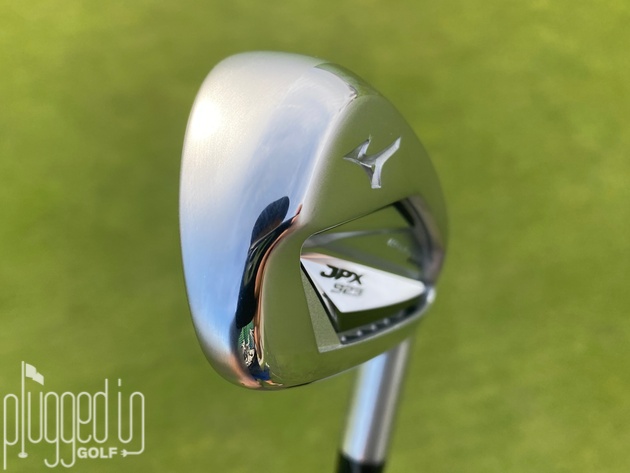 Over the last several years, Mizuno has built line-ups that have an iron for every different type of player.  Where some brands would be content with a long, forgiving set like the JPX923 Hot Metal irons [review HERE], Mizuno goes a step further by adding the Hot Metal Pro.  The Pro version features the same distance-enhancing construction but in a smaller head with less offset.  This is one of my favorite Mizuno offerings, so I was eager to check out the latest iteration. 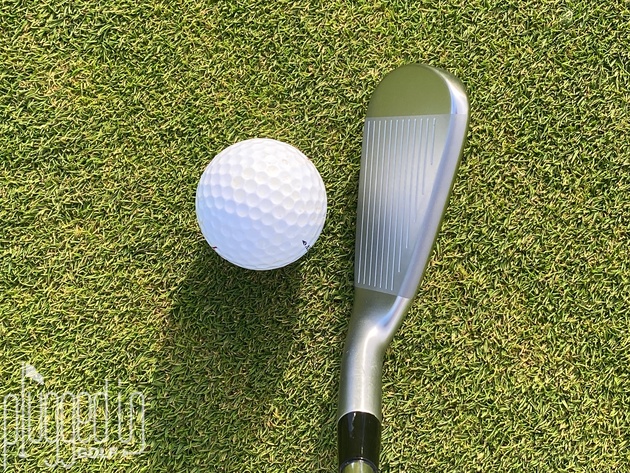 The Mizuno JPX923 Hot Metal Pro has been one of my favorite irons since its inception because it fills a void that no one else does: game improvement with minimal offset.  It’s more “player-ish” than the standard Hot Metal in other ways, too – the blade is noticeably shorter and the top line is slimmer – but the offset is the real standout.  The Hot Metal Pro has only slightly more offset than the Mizuno Pro 225 [review HERE] and Pro 223 [review HERE].  It’s an address look I absolutely love. 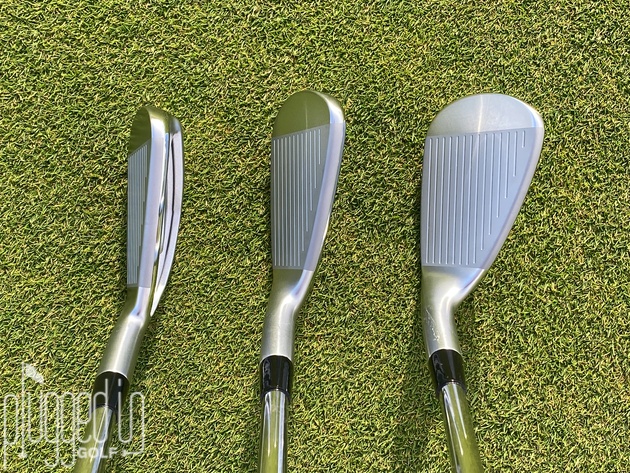 As you move from the 4I to the PW, the blade length and offset decrease steadily.  Interestingly, the top line is the exact same width from the 4I through the 7I and again from the 8I through PW.  The difference is only 0.2 mm, however, so it’s effectively the same through the entire set.

In the bag, the JPX923 Hot Metal Pro looks nearly identical to the Hot Metal.  The cavity eschews color for a range of silver finishes, from matte to chrome.  Both have the running bird logo in the toe above the “JPX923” branding.  The only difference is the “Pro” below “Hot Metal” near the heel. 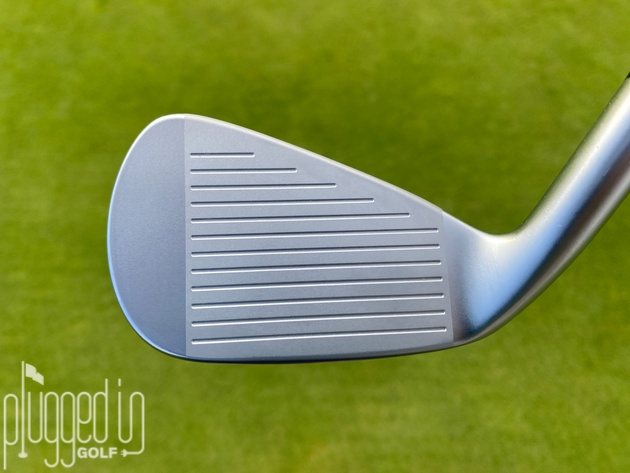 With the same materials and construction as the standard Hot Metal irons, the Mizuno JPX923 Hot Metal Pro irons create a very similar feel at impact.  In the short irons, they feel very solid.  As the irons get longer and ball speeds climb higher, the feel becomes slightly more snappy and explosive.

This same transition occurs in the sound.  Your scoring clubs will produce a firm “thump,” especially on less-than-full swings.  As you reach back for full power, the sound becomes a bit louder, more of a “clap.”

Feedback from the Hot Metal Pro irons is good.  You can easily feel the location of the strike, and there’s a noticeable change in the way mishits sound versus pure strikes.  That said, even ugly misses don’t sting your hands. 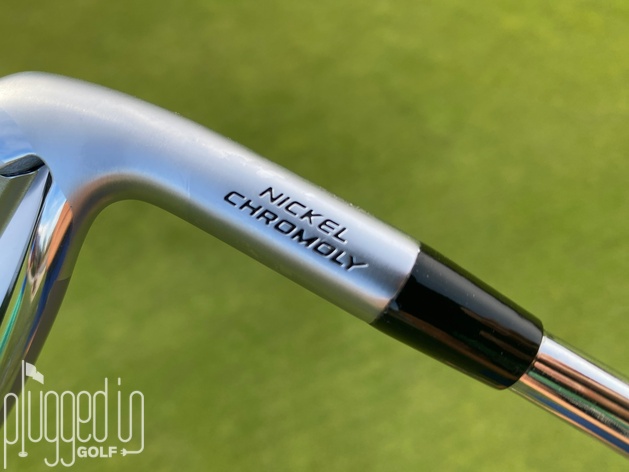 What makes the Mizuno JPX923 Hot Metal Pro irons unique is the combination of elite ball speed and strong forgiveness with minimal offset and a smaller head.  Typically to get those first two, you need to accept a larger head with significant offset.  With this in mind, the first thing I wanted to see was whether the Hot Metal Pro sacrificed any speed or forgiveness compared to the standard Hot Metal irons. 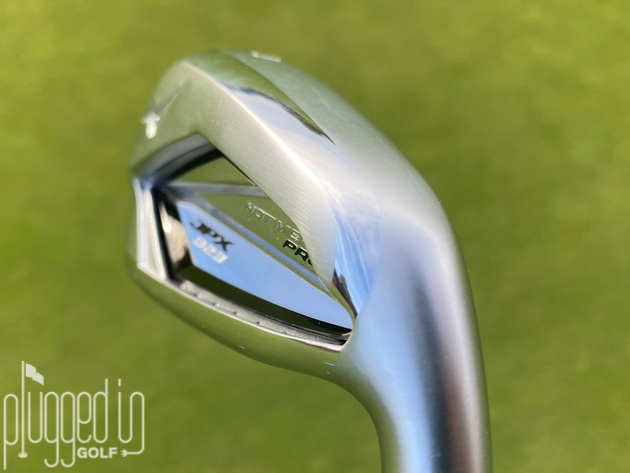 Both the Hot Metal Pro and Hot Metal irons are made of a new Nickel Chromoly that’s 20% stronger than the original Hot Metal material.  This allows for a face that’s 8% thinner, thus creating more ball speed.  In testing the HM and HMP head-to-head, they produce equally impressive ball speed.  They have matching loft specs, so the comparison is truly apples-to-apples.  Both irons are among the fastest you can find.

In terms of forgiveness, the Hot Metal Pro gives up nothing to its larger brother.  They are more than happy to take a small mishit and put it on the green alongside a pure strike.  I actually found that I had slightly higher average ball speed with the HMP, though I attribute this to my comfort with the look rather than anything inherent to the club. 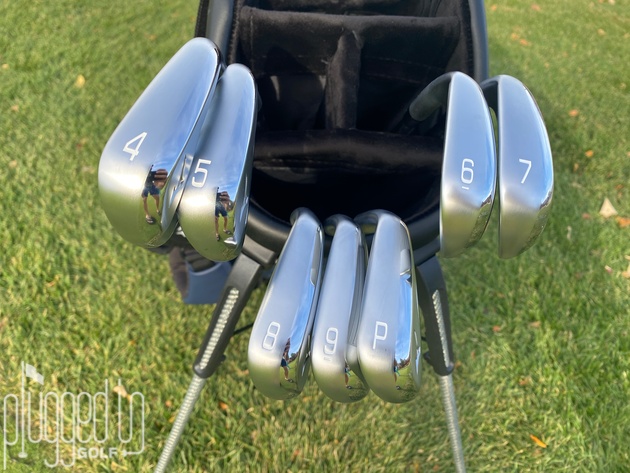 A final similarity between the two sets is that Mizuno dialed in the CG perfectly with both.  The Hot Metal Pro is long, but it’s not an unrefined bomber.  It has plenty of spin to hold a green from 4-PW, and there are meaningful distance gaps between each club.  I found slightly higher spin in the HMP vs. the HM, but not enough to compromise a blended set.

What makes the JPX923 Hot Metal Pro irons unique, and so appealing to me, is the lack of offset.  The address look is very comfortable to me, and it helped me to strike the ball really well.  I felt like I could hit all types of shots with relative ease [more on the effect of offset HERE].  Also, while the sole is not razor thin, it is roughly 1mm slimmer than the Hot Metal and heavily beveled on the trailing edge.  This made the turf interaction very pleasant, something that was particularly noticeable on the cold, firm fairways of fall. 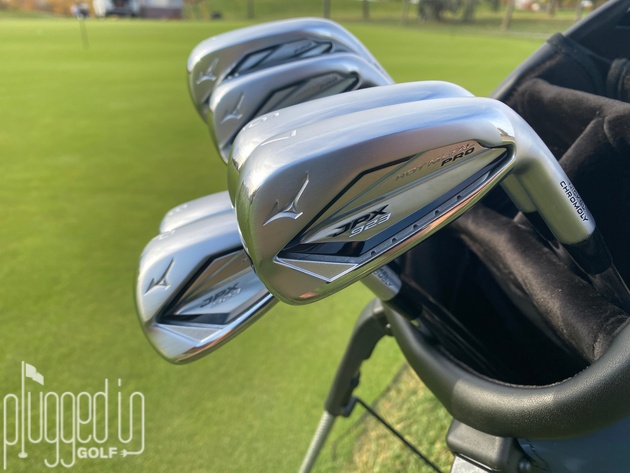 Often in my conclusion I highlight one type of golfer for whom the club might be really good.  That’s tough with the Mizuno JPX923 Hot Metal Pro irons because of its broad appeal.  High level players might bag one or two to replace their long irons.  Quality ball strikers in need of more distance will love them.  So will aspiring players who don’t want to give up on forgiveness.  No matter your reasons for loving them, make sure you get them fit so they perform their best for you. 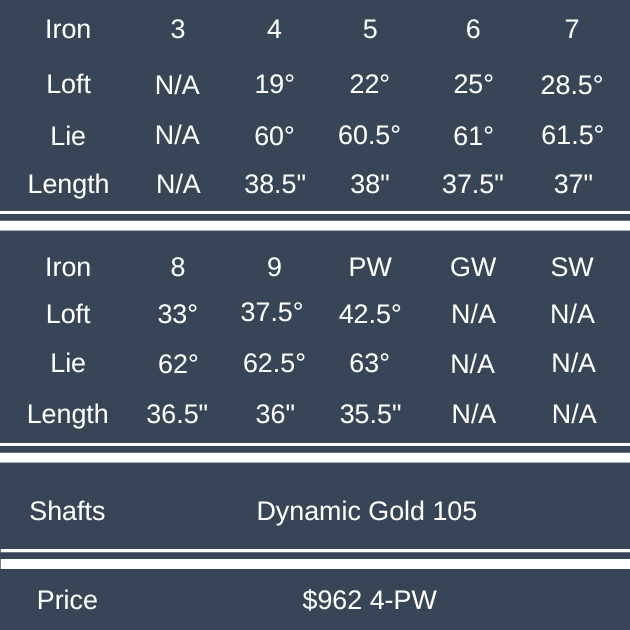