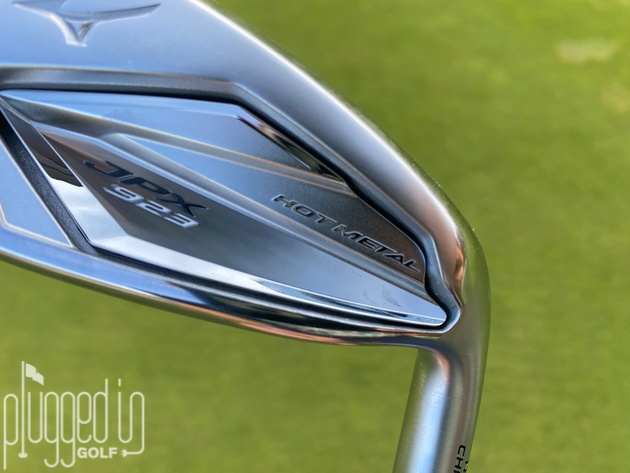 The Mizuno JPX923 Hot Metal irons produce elite ball speed and very strong forgiveness.  A good blend of distance and control.  Very easy to mix with the other Hot Metal irons for a personalized combo set. 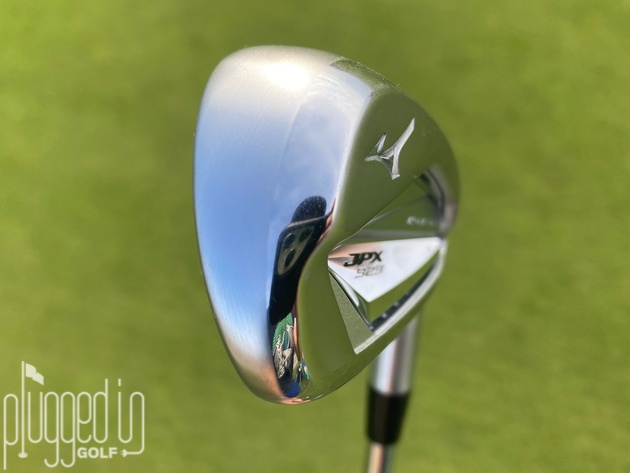 Since its inception, Mizuno’s Hot Metal line has been hugely popular.  Golfers seeking more distance and forgiveness have been able to find both in a package that retain the brand’s signature appeals.  The new Mizuno JPX923 Hot Metal irons continue that tradition while balancing the desire for distance with the need for control. 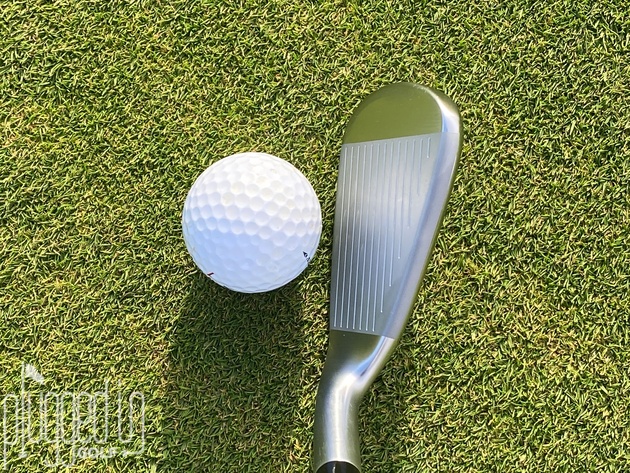 The Mizuno JPX923 Hot Metal irons sits in the middle of the new Hot Metal line up.  At address, it has prototypical game improvement looks.  The top line has a little weight but it looks slimmer thanks to contrasting finishes and heavy beveling.  There’s a healthy amount of offset, but it’s nicely shaped.  The blade is long enough to give you a little comfort without dwarfing the golf ball.

One thing that stands out to me is the finish.  Mizuno calls it White-Satin Brush.  It’s not a fully-dull matte finish, but it’s not a shiny, high-glare chrome either.  I think it gives the JPX923 Hot Metal a lot of appeal at address. 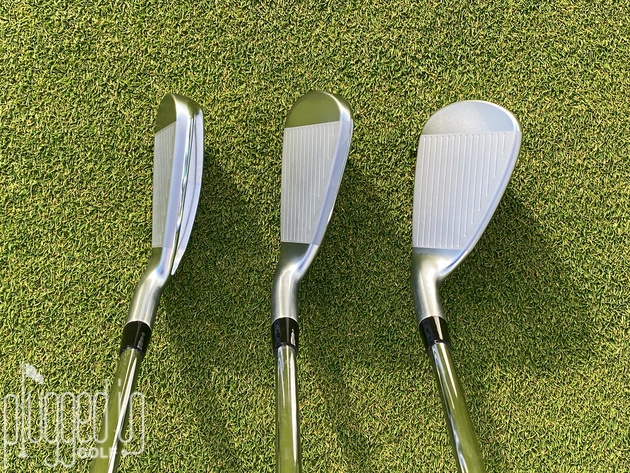 Moving from the 4I to the PW, the blade length and offset smoothly diminish.  You also get a slightly more rounded leading edge in the scoring irons.

Mizuno has given the entire Hot Metal family a similar appearance in the bag.  This makes sense given their focus on combo sets.  The cavity eschews color for a range of silver finishes, from matte to chrome.  Each model has the running bird logo in the toe above the “JPX923” branding.  The name “Hot Metal” rests in heel, and you need a second look to notice the additions of “HL” or “Pro.” 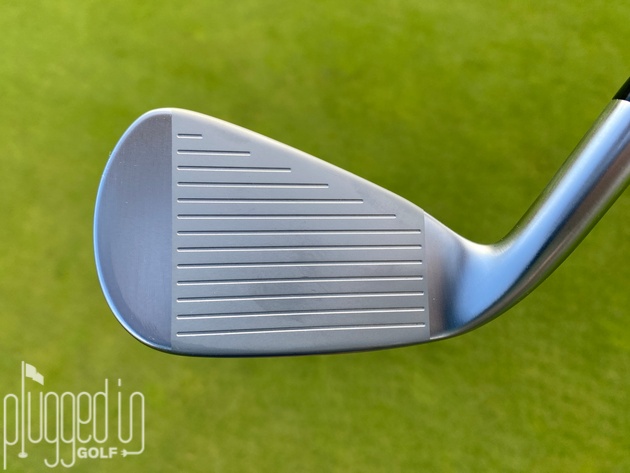 With a material and construction that’s miles from Mizuno’s forged offerings, you shouldn’t expect the usual buttery feel from these irons, but that doesn’t mean they aren’t satisfying.  In the short irons, contact produces a firm, satisfying thump in the hands.  The sound is a medium volume “clap.”  This sound gets a touch louder as you move into the longer irons, and I actually like it better there.  Hitting shots with the mid and long irons feels explosive, which is a good match for the performance.

The JPX923 Hot Metal irons produce good feedback, also.  They don’t slap you in the face when you mishit a shot, but there’s a noticeable change in the sound and feel.  Unless you’re totally out to lunch, you’ll easily differentiate your pure strikes from the merely good ones. 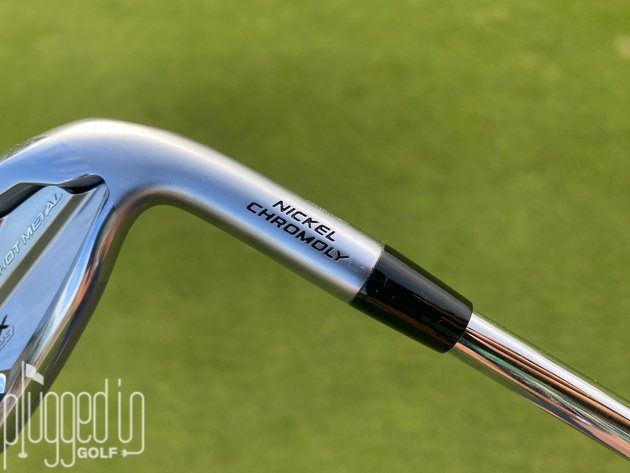 The main performance engine of all three new Mizuno Hot Metal irons is Nickel Chromoly.  This material is 35% stronger than the original Hot Metal material.  Mizuno uses that strength to make the club face 8% thinner for faster ball speed.  According to Mizuno, this new material performed so well it allowed their engineers to turn all their attention to feel and spin.  It shows on the launch monitor: these irons produce elite ball speeds and smash factors. 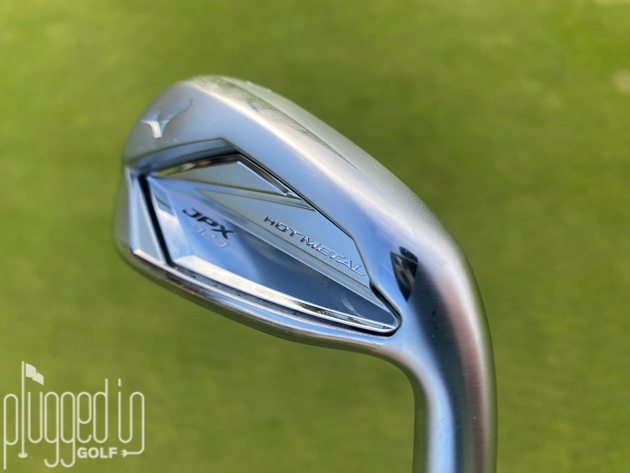 In an iron that, per Mizuno, is geared toward “Mid to High Handicaps,” forgiveness can be even more important than peak performance.  To enhance ball speed across the face, Mizuno made the thinnest part of the sole 18% wider for better energy transfer.  That also showed up in launch monitor testing.  It was hard to see more a couple MPH dip in ball speed without a substantial mishit.

While most players are focused on speed, I was most impressed with how the Mizuno JPX923 Hot Metal irons spin.  In the scoring irons, there’s lots of spin for stopping power and even a little shot shaping.  Through the middle and long irons, the spin stays in the average range to promote more consistent carry and the ability to hold greens.  Zooming out to look at the whole set, this intelligent spin production creates meaningful distance gaps from the 4I through the wedges. 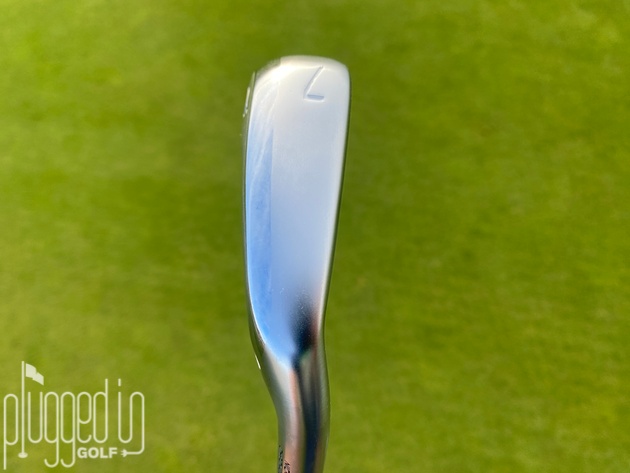 Finally, Mizuno continues to be an industry leader in combo sets.  Not only do all of the JPX923 Hot Metal irons share a similar look and feel, Mizuno provides a tool on their website to help you properly meld the sets together.  Click HERE and scroll to the bottom of the page.  There you can input which scoring irons you want, which long irons you want, and where you want to cross over.  The tool will generate your set make-up with suggested loft changes to smooth the transition.

Make the top of your set extra forgiving with a JPX923 Fli-Hi Hybrid. Review HERE 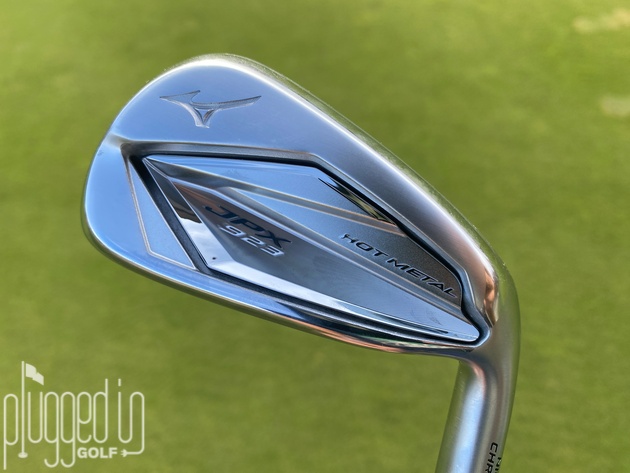 The JPX923 Hot Metal irons further entrench Mizuno as a first tier OEM for irons regardless of handicap.  While this latest version has the ball speed and distance that’s made them so popular, what really impressed me is their spin and intelligent distance gapping. 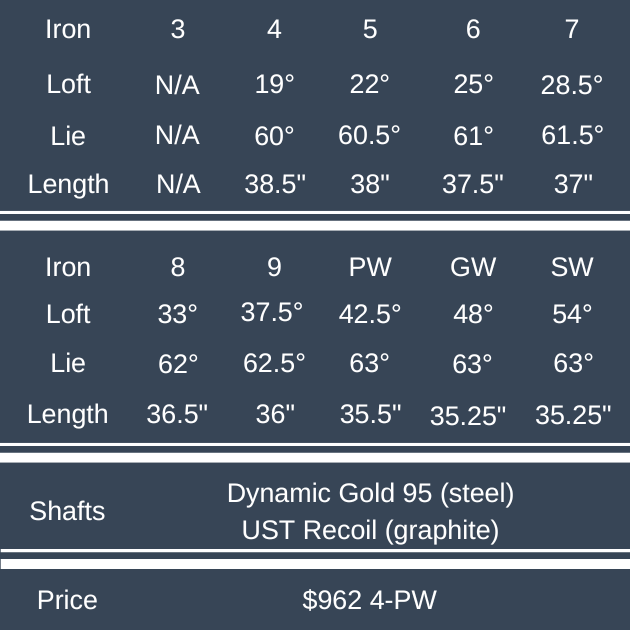