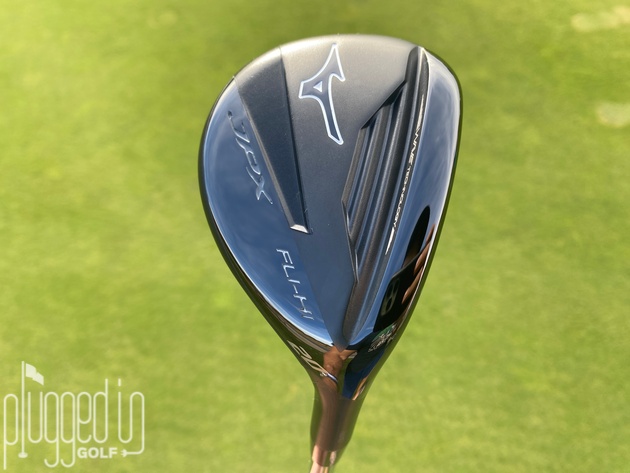 The Mizuno JPX923 Fli-Hi hybrid is one of the best iron-replacement hybrids available.  Predictable distances and high, soft-landing ball flight. 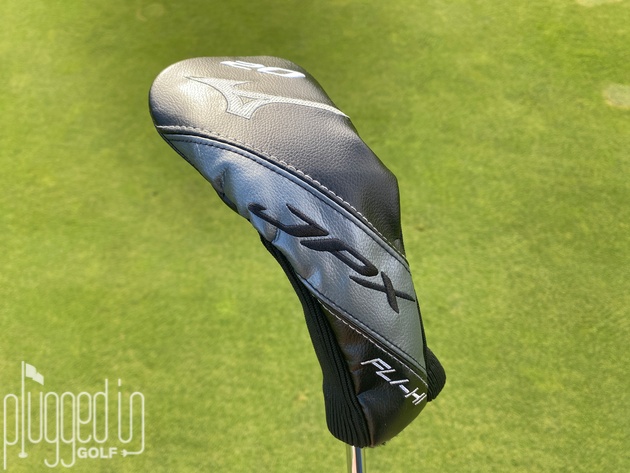 Mizuno has long been known as one of the premier iron makers in golf.  Over the last several years, they’ve expanded into other parts of the bag, including iron replacements.  This fall, alongside the JPX923 Hot Metal irons [review HERE], Mizuno released the JPX923 Fli-Hi hybrid.  Having recently tested the Mizuno Pro Fli-Hi [review HERE], I was eager to see what this hybrid offered golfers. 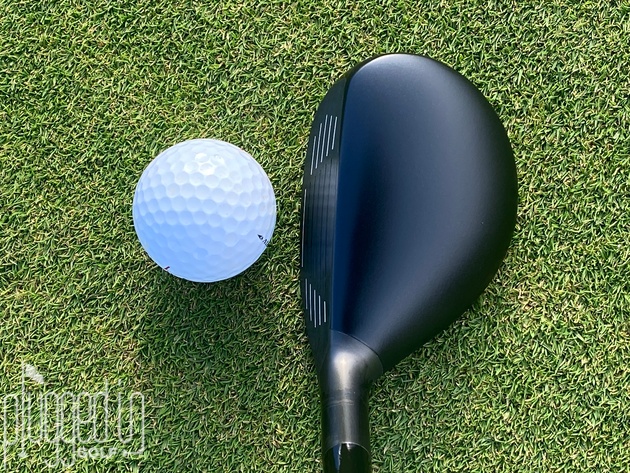 The Mizuno JPX923 Fli-Hi hybrid balances its larger footprint with a clean, matte black crown.  It’s roughly average from heel-to-toe but rather large from front-to-back.  This gives the symmetrical head a slightly triangular appearance.  The face is average in height, and I like the way that Mizuno painted the score lines to frame the ball.  Overall, I think Mizuno did a tremendous job making a larger club very attractive at address.

In the bag, the JPX923 Fli-Hi hybrid has a much busier look.  Though the sole is entirely black, white, and silver, there’s a lot for your eye to take it.  The running bird logo, outlined in white, grabs my attention first before it moves to the “JPX” and “Fli-Hi” branding.  Less obvious, but very cool-looking, is the Wave Technology near the leading edge. 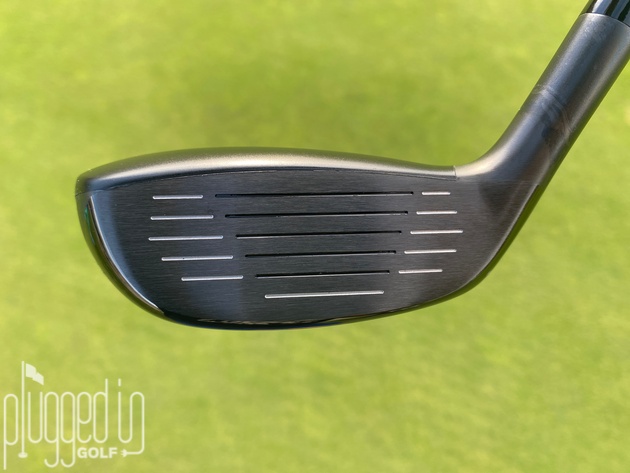 When I see a larger hybrid, I expect a louder impact sound.  The Mizuno JPX923 Fli-Hi hybrid surprised me with a sound that’s no more than average in volume.  On center, the sound is a crisp, low-pitched, metallic “snap.”  This matches the feel of pure strikes – very zippy off the face.

You’ll need to pay attention to both your hands and ears to get great feedback from the Fli-Hi.  Mishits lose their crisp “snap,” turning into something a bit duller.  My hands were able to feel the impact location, but it required some focus.  This club wants to boost your ego by making most shots feel quite good. 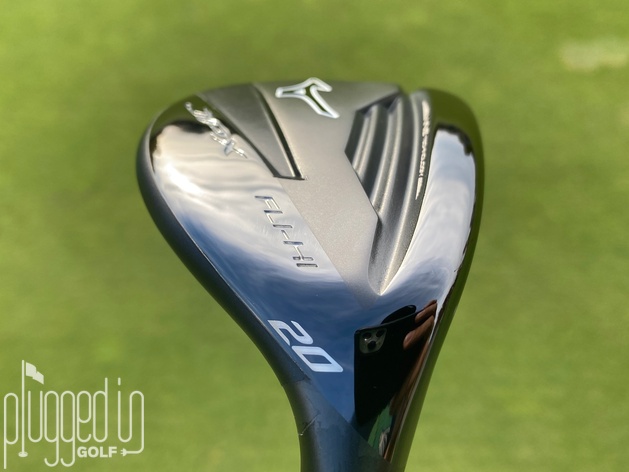 My expectations for a larger hybrid were defied again when I got the Mizuno JPX923 Fli-Hi hybrid on the launch monitor.  The bigger footprint led me to believe this would be a low spin distance monster.  While this club does have strong ball speed, it’s actually built to be a pure iron replacement.

The first thing that jumped off the screen during testing was the spin.  This club produced more spin than most irons at a similar loft.  The result was shots that carried far and landed softly with very consistent distances.  This is a stark contrast to some modern hybrids that are built for pure distance.  On your best strikes, those hybrids can go forever, but the range of outcomes is wide.  With the Fli-Hi hybrid, the key word is predictability. 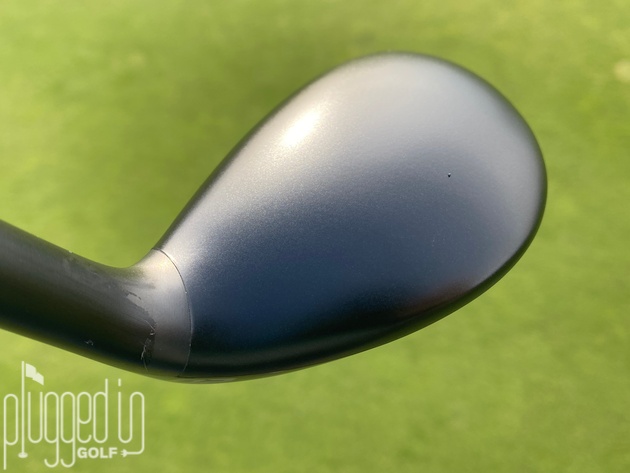 That higher spin is paired with medium-high, consistent launch angles.  Again, this is done to optimize carry distances and make the club more consistent.  Most golfers launch their long clubs far too low to create meaningful distance gaps.  The Fli-Hi hybrid works to combat that.

When it comes to ball speed and forgiveness, the Fli-Hi hybrid was more in line with my expectations.  Good strikes produced ball speed that was very good.  More importantly, the ball speed was consistent.  One of the keys for this is Mizuno’s Wave Sole which helps to add speed to mishits, particularly those low on the face.

Ultimately, the Mizuno Fli-Hi hybrid ranks as one of the best iron-replacement hybrids that I’ve tested.  This club won’t win a pure distance contest, but it won’t gather dust under its headcover either.  The forgiveness and predictable distance make this a club you can confidently reach for to take on long approach shots. 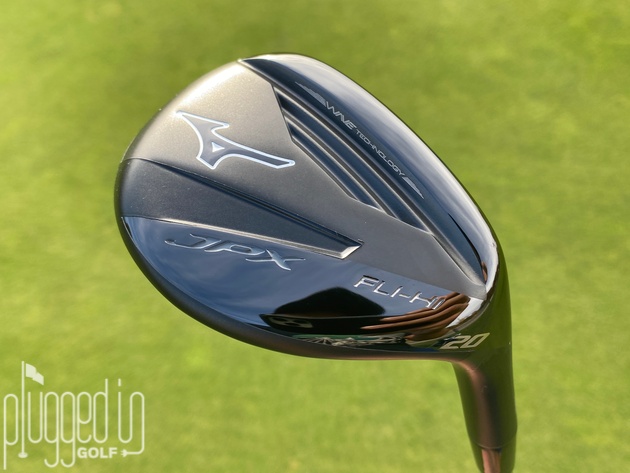 If you judge the Mizuno Fli-Hi hybrid by it’s looks, you’re going to completely miss the picture.  This is a larger hybrid, but it uses that size to deliver great forgiveness, not wild, unpredictable distance.  If you want to swap out your long irons for something easier to hit, this is a must try. 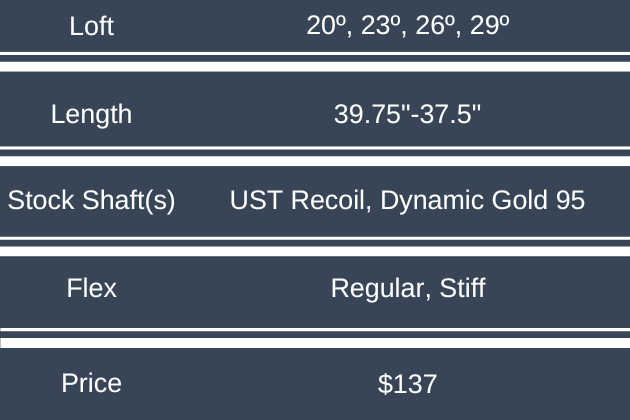