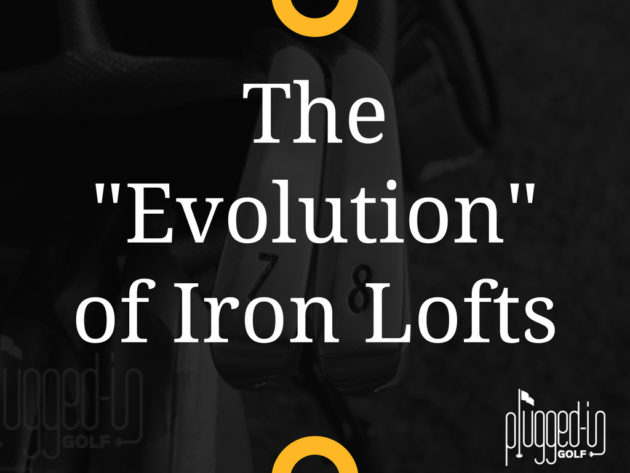 Any time a new set of irons is released, particularly a set making claims about distance, the topic of iron lofts come up.  Why is this such a hot button issue?  Is it worth getting upset about?  I’ll present the facts and my evolving opinions, and I hope you’ll share yours, too.

How much have the lofts of irons changed over time?  A lot.

If we look at the most traditionally-lofted modern sets (blades), we see a slight change from this.  The average 3I is 20 or 21 degrees.  7 irons are 34 or 35 degrees, and pitching wedges can be found as weak as 47 degrees.

On the other end of the spectrum, today’s super game improvement irons ditch the 3I in favor of a 19 degree 4I.  You can find 7 irons as strong as 27 degrees and pitching wedges at 41.

In short, today’s irons are as much as two full clubs stronger than those of previous generations. 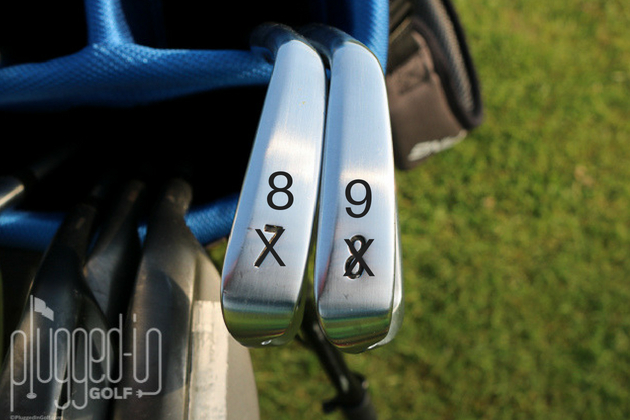 In addition to realizing how strong lofts have gotten over time, the other thing to notice is the lack of standards in the golf industry.  You can walk into a store and try two different 6 irons that are going to be a club to a club-and-a-half different!

Why Has This Happened?

There are at least two different explanations for why lofts have gotten so strong.

The first comes from the OEMs.  They will tell you that because the center of gravity (CoG) is so low in modern clubs, they need to make the lofts strong to create playable trajectories.

This explanation has never held water for me.  Every set, regardless of design, has a club around 30 degrees with a particular CoG, and they could stamp any number on that club.

The other explanation comes from the critics.  They will argue – correctly, in my opinion – that it’s an arms race.  If a golfer goes to a fitting, they will typically buy the irons that go the longest.  Knowing that, why wouldn’t the OEMs make their 6I as long as possible?  A longer 6I means stronger lofts which then necessitates a lower CoG. 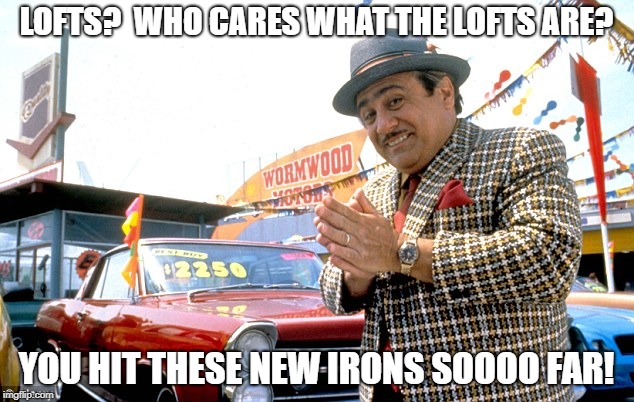 There is a vocal group of golfers who believe that stronger lofts are a crime against the game.  But why?  Who is being harmed?  I’ve seen a couple answers put forward.

1) The consumer.  Golfers are being fooled into thinking that their new irons are magically longer than their old ones or that one set is longer than another.

2) Egos.  Specifically, the egos of better, stronger players.  If I drive it 40 yards past you, we should not be hitting the same club into a par 3.  At least that’s how the thinking goes.  When the strong, single-digit player and the 30 handicap are both hitting a 6I, that’s just not right.

If we were to start this discussion over again, I think we would begin with the question, “What should an iron set do?”  My answer would be, “An iron set should be a group of clubs that you can use to hit the ball onto the green from a variety of distances.”

With this in mind, I return to the question of, “Does it matter?”  My answer is, “No.”  So long as the consumer has some level of awareness that the irons they’re testing may not all be the same, I can’t get too excited about what number is on the sole.

What do you think?  Am I on target?  Missing the point?