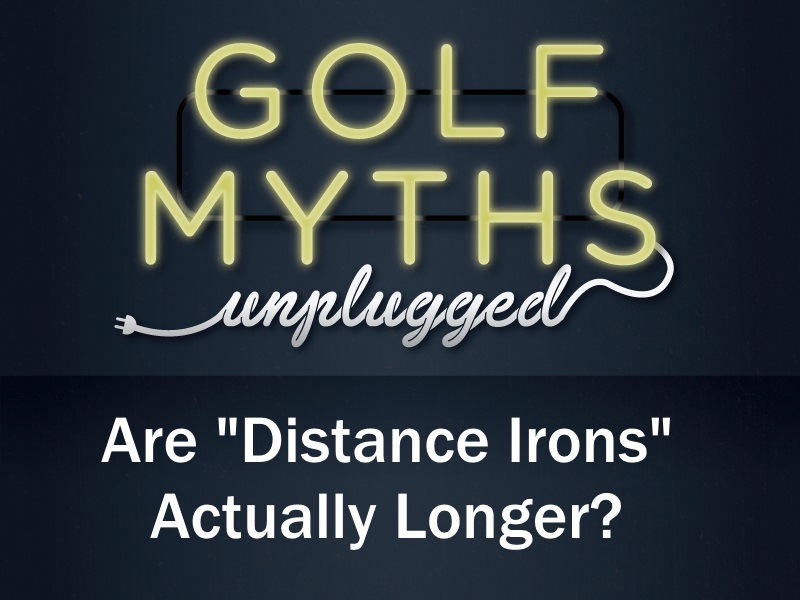 Is there any better feeling than hitting a club or two less than your playing partner?  Nothing strokes your ego and shames your opponent quite like it.

Of course, this is not a secret.  The OEMs know that you want to hit your irons farther.  Why else would Callaway be touting their new Big Bertha irons as “Up to 2 clubs longer”?  They know that, all other things being equal, you’re going to buy the longest irons that you try.  The problem is that this leads to some questionable practices: strengthening lofts and lengthening shafts, essentially turning yesterday’s 5 iron into today’s 6 or 7 iron.  So are these so-called “distance irons” really longer?  That sounds like a myth worth testing. 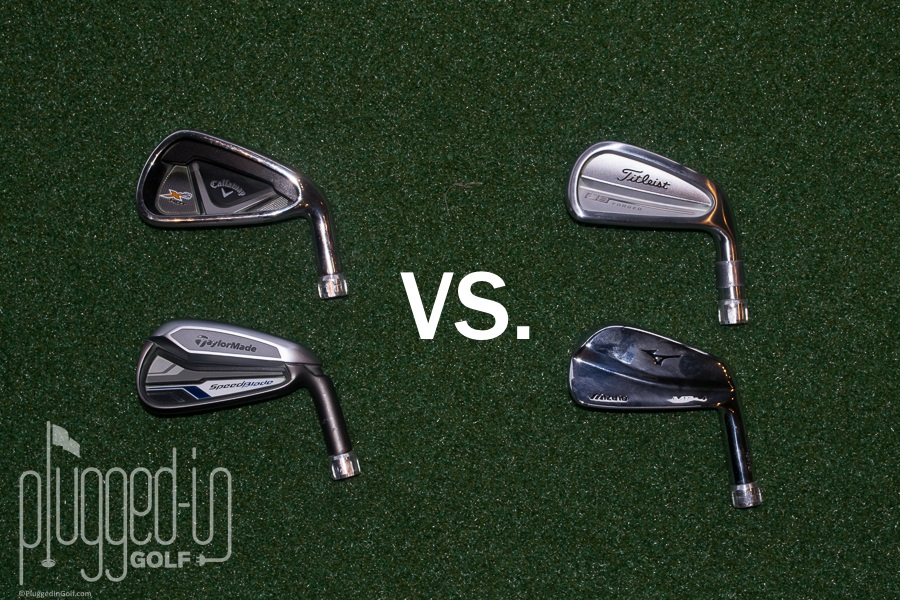 For this test, we are looking at the distance iron issue from both sides: the believer and the skeptic.  Here are the myths: 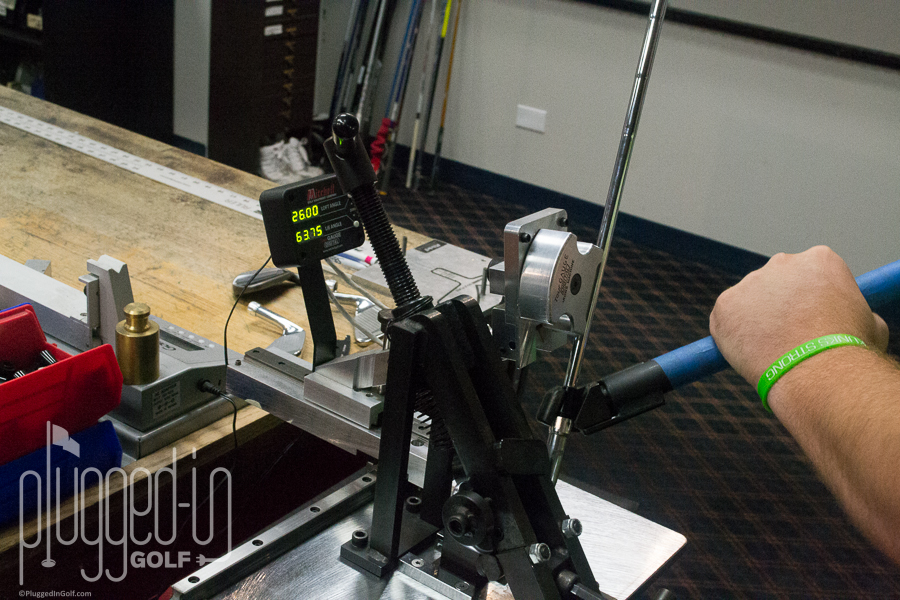 For this test, we pitted two of the most popular distance irons – the TaylorMade SpeedBlade and the Callaway X2 Hot – against two traditional irons – the Mizuno MP4 and the Titleist 714 CB.  We brought in 5 golfers, ranging in ability from scratch to high handicap, who each hit 5 good shots with each 6-iron.  After each iron head was tested at its stock loft, we strengthened the lofts of the traditional irons to 26° – the same as the distance irons – and tested them again.  Each golfer hit all of his shots with the exact same shaft.  Additionally, each golfer tested the clubs in a different, random order. 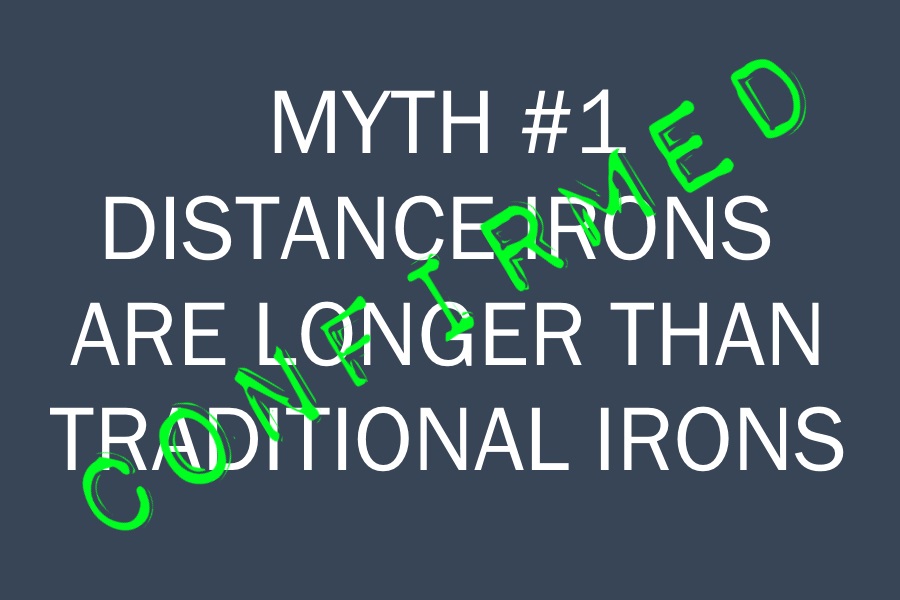 The data on this one is pretty clear: off the rack, distance irons are significantly longer than traditional irons. 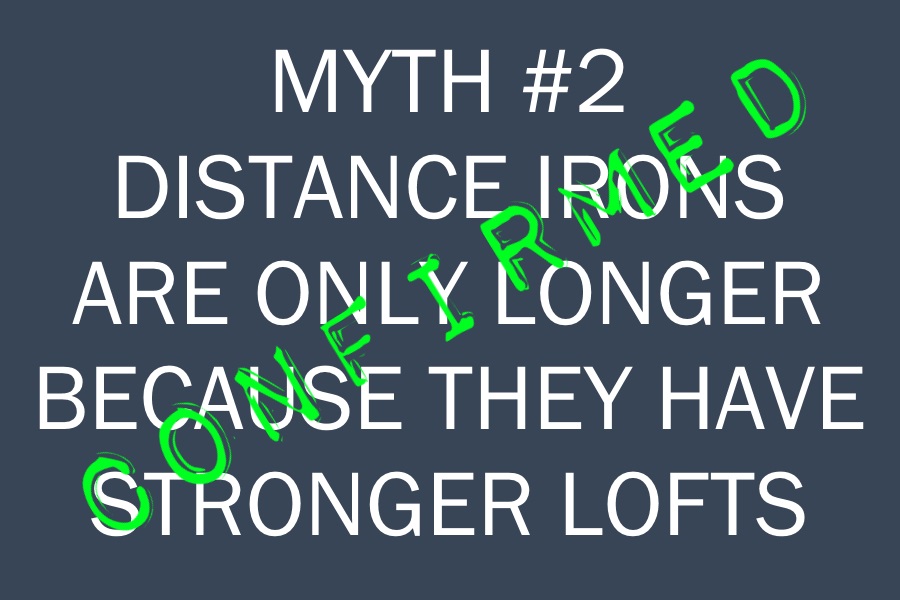 Skeptics rejoice!  It’s true, distance irons are only longer because of stronger lofts.

While the distance irons are longer, the real advantage is in their forgiveness.  On mishits, the traditional irons produced results that ranged from mediocre to dreadful.  With the distance irons, everything got up in the air and went a reasonable distance.  If we were to perform the test again and include all shots, not just good ones, the distance irons would have been longer even with equal lofts.  This is important to consider given that there is no “Delete Shot” button on the course.

One of the more unpredictable results was that our testers swung the traditional irons faster.  On average, it was nearly a 2 MPH difference, and it held true even for the high handicap testers who hated the traditional irons.  This is something we really can’t explain given that the shafts were identical and the order was totally random.

One anecdotal result: the location of the sweet spot is really important, especially to higher handicap players.  In traditional irons, the sweet spot is commonly closer to the heel, whereas in game improvement irons it’s centered.  We observed that better players were better able to adjust from one club to another and quickly get back to striking the sweet spot.  Higher handicap players took longer to adjust and in some cases never did.  This further underscores the importance of getting fit and trying clubs before you buy them.

As always, all the data from this test is at the bottom of the post.

So, in the final analysis, are distance irons longer?  Yes.  Is that largely due to loft?  Yes.  But that doesn’t mean you shouldn’t play them.  Our testing showed that the real advantage to distance irons is the forgiveness – they’re longer than traditional irons on pure shots and much longer on mishits.

Ultimately, the takeaway here is a familiar one: you need to know what you want from your equipment – forgiveness, distance, looks, feel, etc – and then get fit into clubs that can provide that.  With the help of a qualified club fitter and builder like Club Champion, you don’t even have to compromise distance for looks and feel – just bend your irons 4° strong! 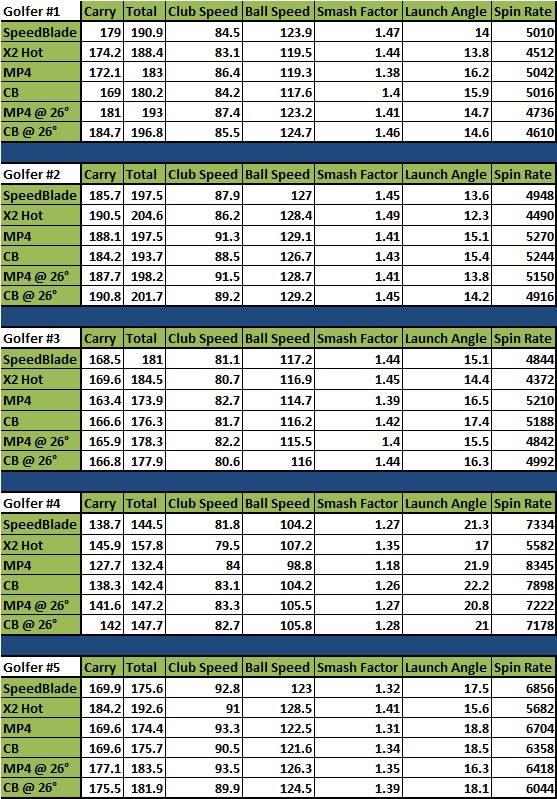