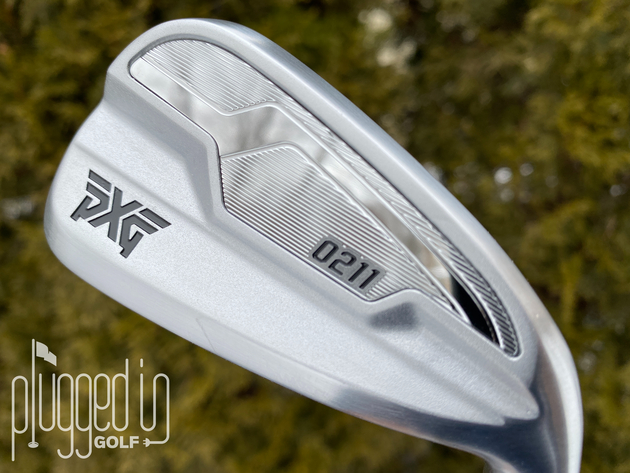 The 2021 PXG 0211 irons are a blended set that offer strong performance throughout the bag.  Very long and forgiving.  Same technology as the 0311 GEN3 irons. 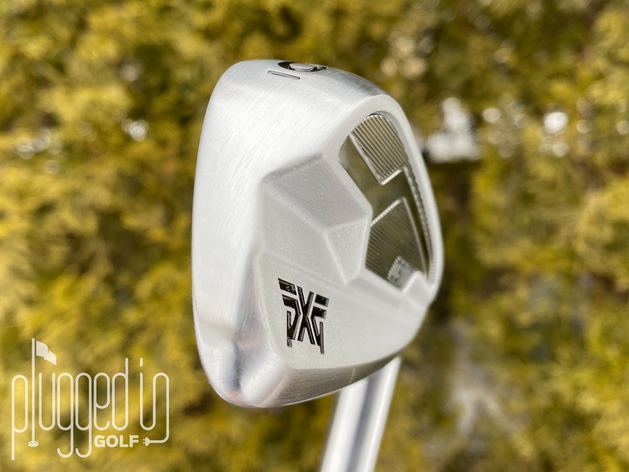 PXG made their name by offering the most premium golf clubs at the most premium price points, so it came as a big surprise when they released the 0211 irons in the spring of 2019 [review HERE].  For roughly half the price, golfers could access the technology and performance of the vaunted 0311 irons.

For 2021, PXG is releasing the second generation of 0211 irons along with complementary woods.  I tested a set of the new irons to see if they continue to offer the same level of performance as their more expensive brethren. 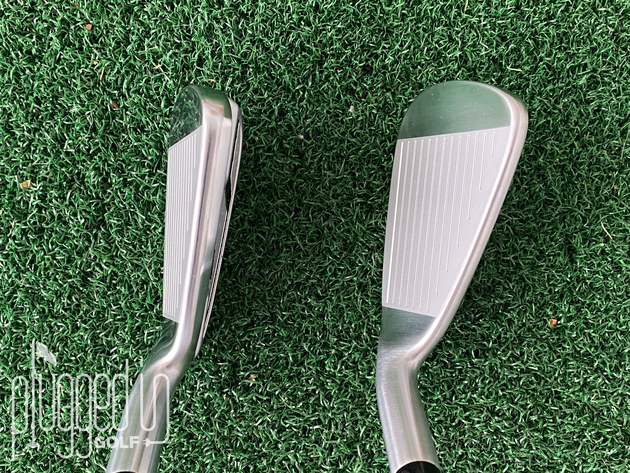 In the bag, the new version of the PXG 0211 irons are both very PXG and very of-the-moment.  PXG’s trademark black and silver color scheme is very popular with other OEMs right now, and it gives the 0211 a classic look.  This is balanced with the blingy chrome badge near the sole.  Overall, they look a little more streamlined than the original 0211 irons, which I like. 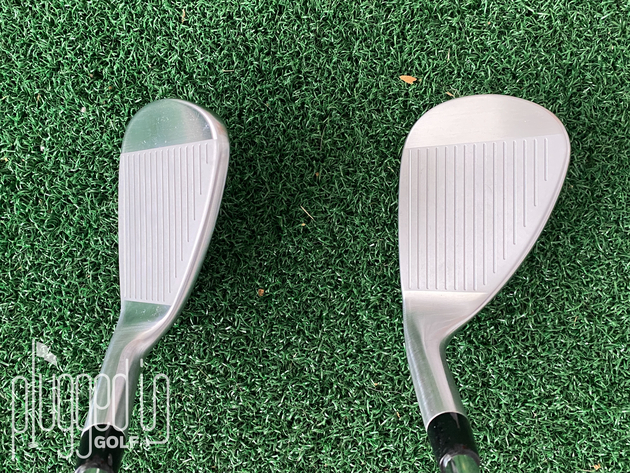 Due to the progressive set design, you can’t describe the address look of the 0211 irons in one go.  In the long irons (first address photo, 4I left, 6I right), these clubs have a longer blade length, more offset, and a square toe.  As you get to the wedges (above, PW left, LW right), the face and toe become more round and the offset shrinks to almost nothing.  Additionally, the leading edge of the wedges is round where the mid and long irons are square.

Throughout the set, PXG put a substantial bevel on the top line to make it appear slimmer.  It’s a very effective design, and it makes the mid and long irons more appealing to the better player. 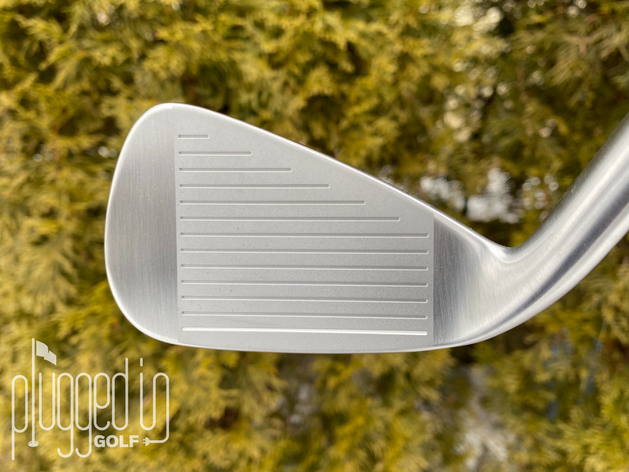 Due to the DualCOR material, PXG’s GEN3 irons have a signature feel that no other iron quite duplicates.  Because they share the same technology, that feel is present in the 0211 irons, too.  On center, you can feel the ball springing off the face, but the club face feels solid and supported.  This solid feel is enhanced by the quiet, robust “click” of impact.

The one thing that is lacking is feedback.  As I always say, this is a double-edged sword.  If every shot performs like a pure strike, it may not be a problem that all shots near the center of the face feel similar. 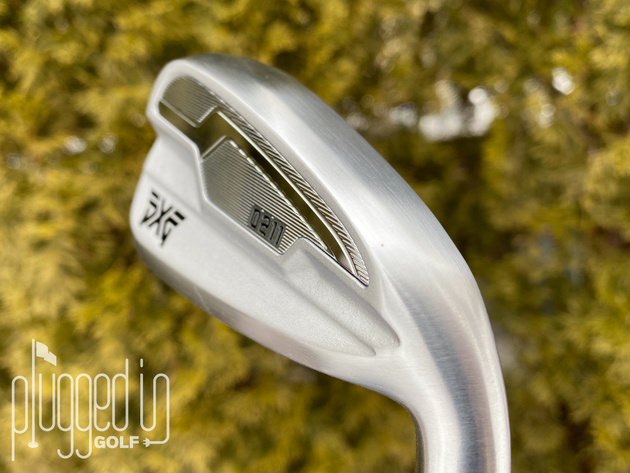 What will stand out most to the majority of golfers is the distance they can get from the 0211 irons.  The loft structure of the 0211s is the same as the 0311 GEN3 XP irons [review HERE], which is to say the lofts are strong but not nearly the strongest available.  These lofts, combined with DualCOR and the “World’s Thinnest Face,” make for higher ball speeds than you’ll find in any other iron.  High ball speed plus strong launch angles and fairly low spin equals lots of distance.

While raw power is wonderful, I was most impressed by the forgiveness in the 0211 irons.  These clubs look good, particularly through the mid and short irons, but they have the consistent performance of much larger irons.  I particularly like that this much forgiveness is packed into a set without huge offset.  For comparison, the 0211s have offset specs somewhere between the XP and P irons [review HERE] in the 0311 series. 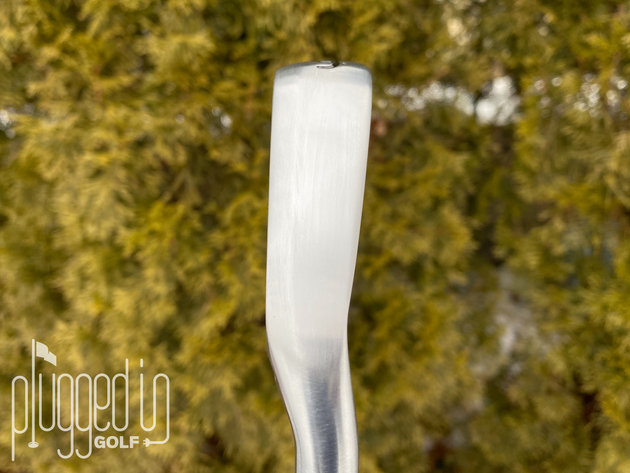 I wrote this for my review of the original 0211 irons, and it’s worth including here, too.

With the price of the 0211 irons roughly half of that of the 0311 irons, it’s obvious to wonder, “What’s the difference?”  Here are the key differences.

To me, the last point is the most important.  In paying for the 0311 GEN3 irons, you have the ability to choose the loft/offset/head size that works best for you in each iron.  That might be minimal offset throughout, it might be a blended set of all three models. 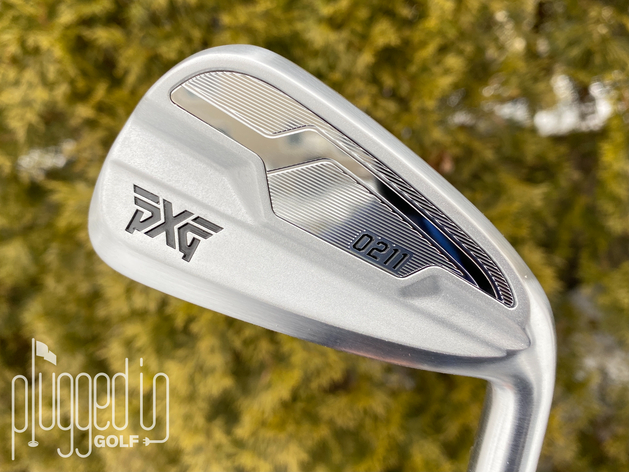 While the 0311 GEN3 irons still have tremendous appeal, particularly when it comes to customization, the PXG 0211 irons simply can’t be beat in terms of performance for the money.  These irons can go toe-to-toe with their more expensive brethren on every important metric.  If you want that high end performance without the huge price tag, you need to give these a look. 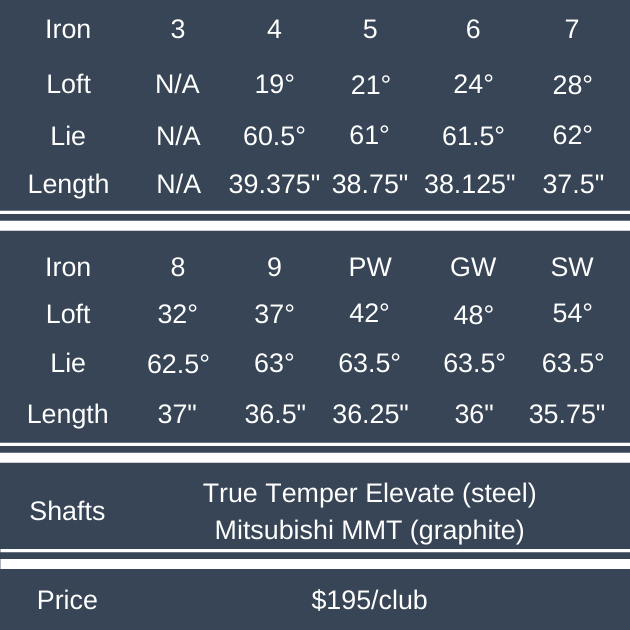