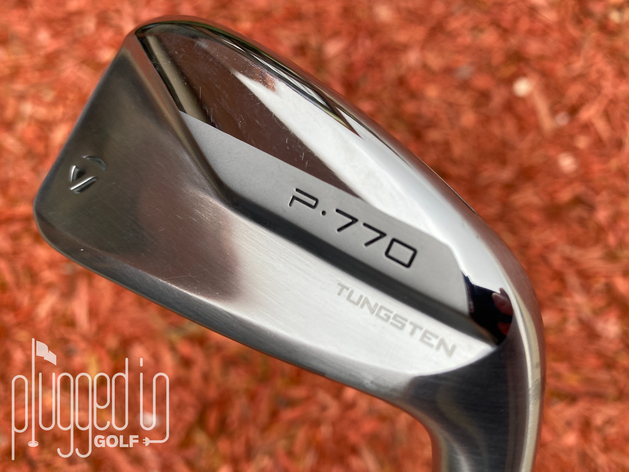 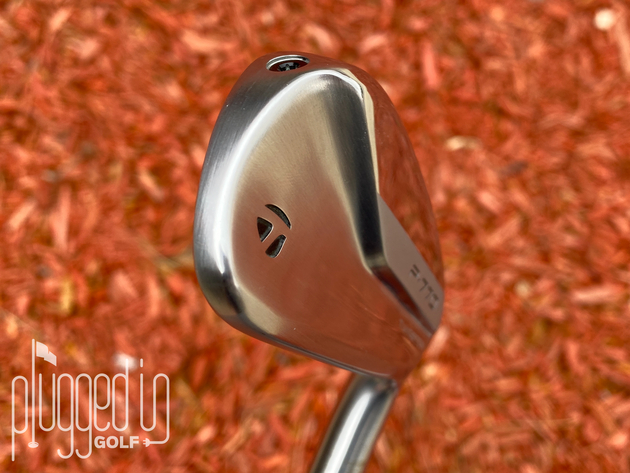 TaylorMade’s P790 irons [review HERE] have been some of the most popular irons in golf over the last couple years.  The reason is obvious: huge distance and a lot of forgiveness.  With the P770 irons, TaylorMade is attempting to bring those same characteristics to the better player in a smaller package.  I tested them to see how much performance TaylorMade could squeeze into a more compact head. 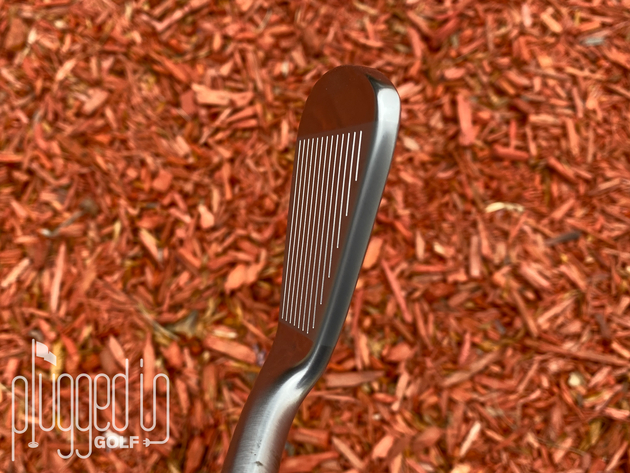 At address, there’s no doubt that the P770 is the better looking sibling to the P790.  As the Zoomers say, “I ain’t never seen two pretty best friends.”  Most noticeable are the thinner top line and smaller face.  There is also less offset, but the difference is quite small.  In the broader scope, the TaylorMade P770 is passable as a players iron, but it’s substantially bigger than the P7MC [review HERE].

The in the bag look is a big part of the P770’s appeal, just as it is with the P790.  At a glance, this hollow body design looks like a blade and is more convincing than the P790 because of it’s size.  The “muscle” on the back has an interesting triangular shape akin to the P7MB [review HERE], and both of those irons share minimalist branding. 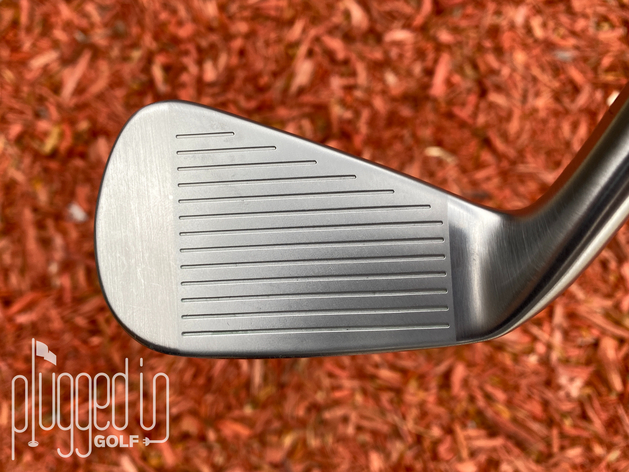 TaylorMade didn’t just change the look of the P770 to appeal to better players, they also dialed in the sound and feel.  Where the P790 was very crisp and snappy with a fast face, the P770 is quieter with a solid impact feel.  It’s neither hard nor soft, even with a Tour ball, but contact has a satisfying, connected feel.

Feedback on strike quality is good.  When you move off the center, the feel is noticeably firmer.  I never found a conflict between where I felt impact and where it actually occurred. 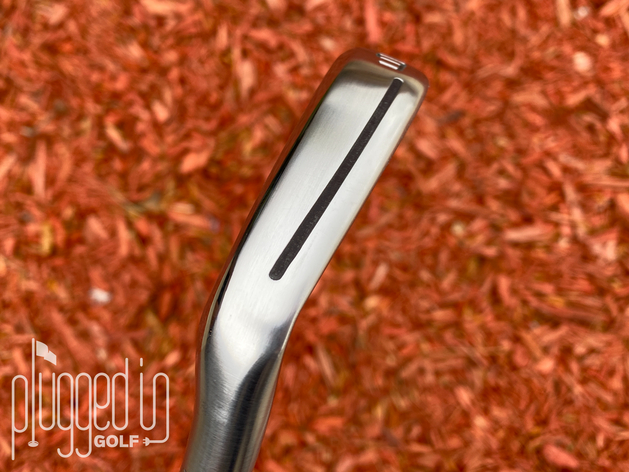 The main gist of TaylorMade’s marketing around the P770 irons is that they have the “DNA” of the P790 in a smaller head.  There’s little doubt that these irons are fast.  On center they create a lot of ball speed thanks to the extremely thin face.  While they’re not quite as fast or as long as the P790, there aren’t many irons this size that can compete.

To dive further into the sibling comparison, it’s worth noting the loft differences between the P770 and the P790.  As more of a players iron, the P770 has weaker lofts than the P790.  At the top and bottom of the set, the differences are small – as little as 0.5 degrees.  However, in the 6 and 7 irons, the difference is 2.5 degrees, and it’s 2 degrees in the 5 and 8 irons. 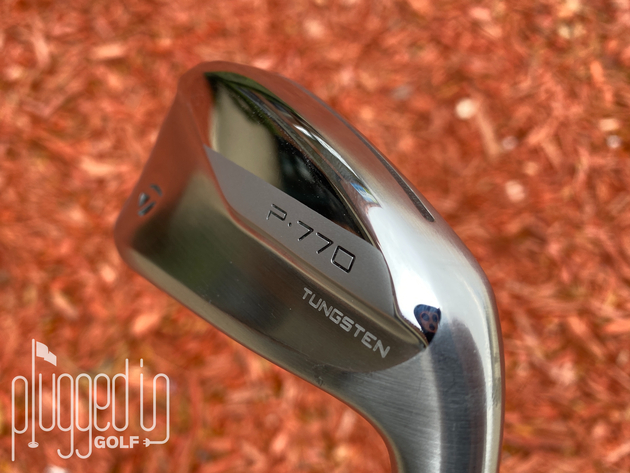 Similarly, while the P770 isn’t as forgiving as the P790 due to its smaller size, it does a very good job retaining speed and distance on mishits.  This is due to features like the Progressive Inverted Cone Technology face and the Thru-Slot Speed Pocket.  You won’t find many irons this size that do a better job getting your misses onto the green.

Finally, I want to note the launch and spin characteristics of the P770 irons.  In my review of the P790, I emphasized how the design combined with the strong lofts led to extremely low spin which may hurt some players.  In the P770, the weaker lofts go a long way to fixing that problem.  The P770 is still lower spin than traditional players iron, but, especially with the right shaft, most players won’t have a problem holding greens. 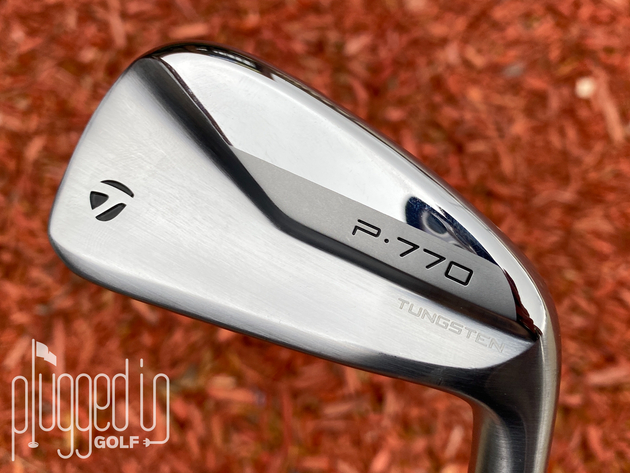 The TaylorMade P770 irons are impressive.  For the player that wants a lot of ball speed and distance from their irons but also craves a more traditional look, these are hard to beat.  As always, make sure to be fit for the right shaft so that you get the optimal launch and spin to compliment all this ball speed. 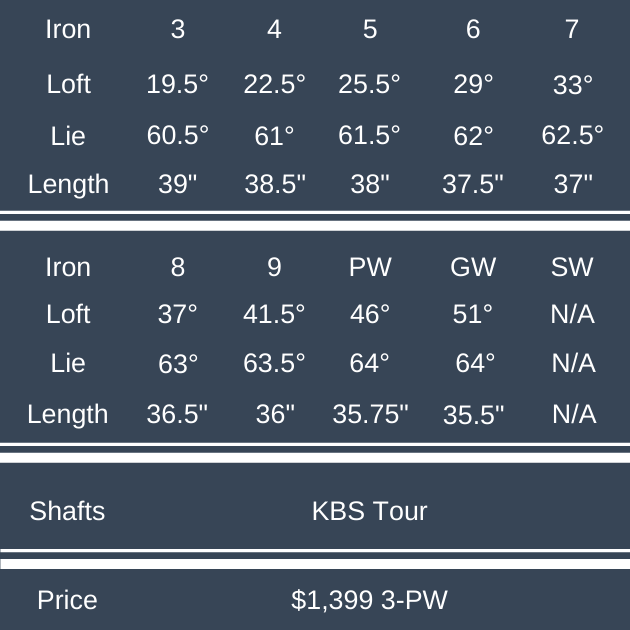