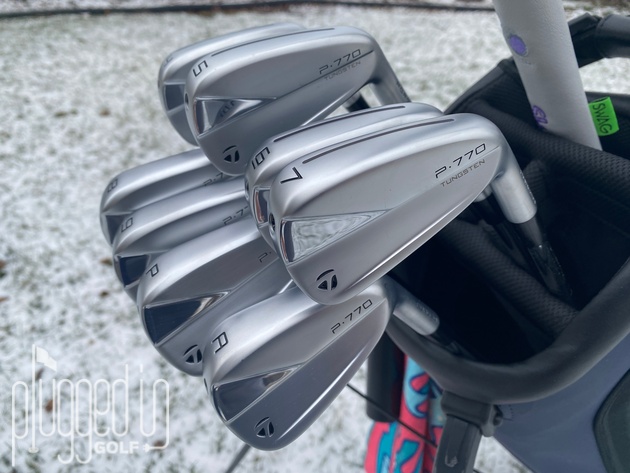 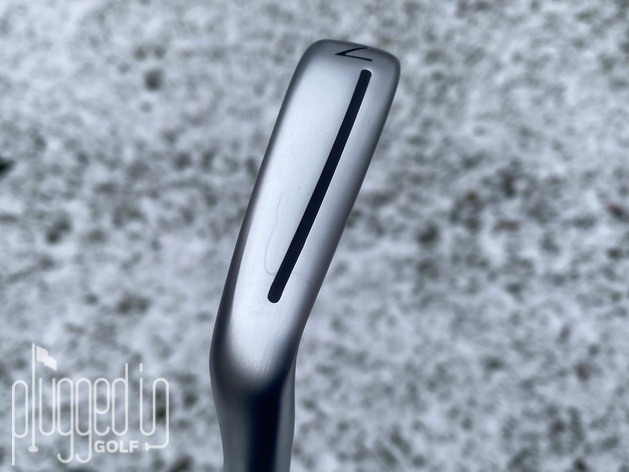 The TaylorMade P770 irons are meant to bridge the gap between the hugely popular P790 and the player-oriented P7MC and P7MB.  If you want a more traditional look at address but don’t want to sacrifice the distance and forgiveness that modern technology offers, these are made for you. 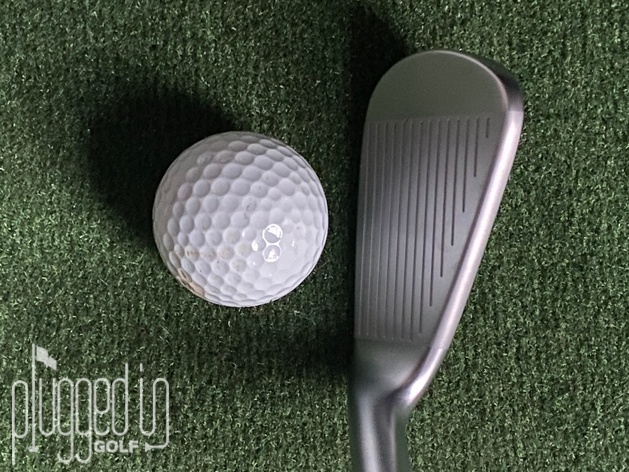 Visually, the 2023 TaylorMade P770 irons are an excellent blend of old and new.  TaylorMade packs in a lot of modern design and technology, but it fits within a very traditional silhouette.

In the bag, they have a look that is very similar to the current P790s [review HERE].  They both have a triangle of shiny chrome in the toe, futuristic branding used very sparingly, a Speed Pocket in the sole of the 4I-7I, and a weight in the toe. 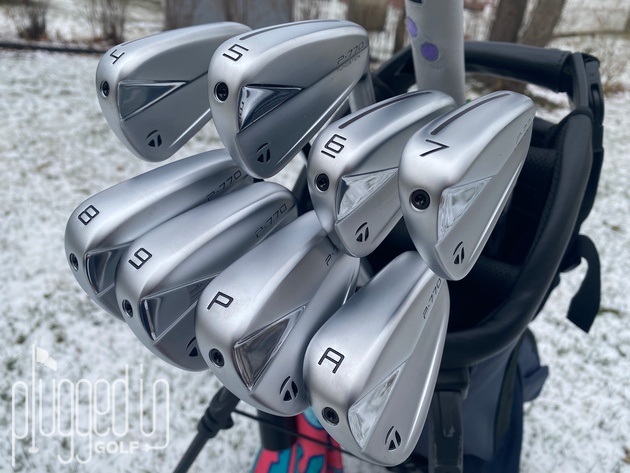 Where the two models differ substantially is at address.  The P770 irons are shorter from heel-to-toe and have a thinner topline and less offset than the P790.  Zooming out, the P770 sits toward the larger end of the players iron spectrum.  When it’s next to the P7MB, it’s obviously larger, but it’s a step larger not leaps and bounds different. 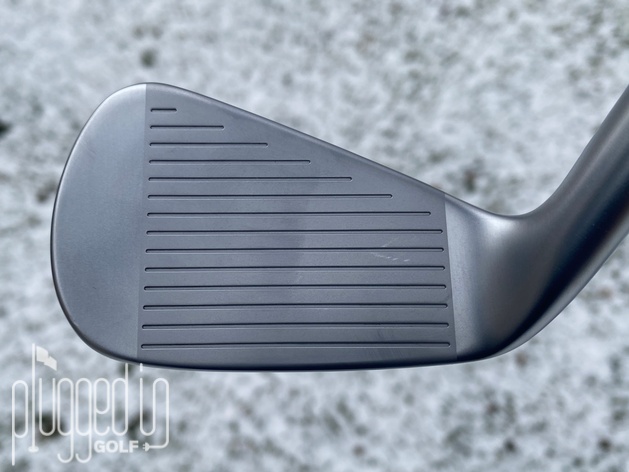 The look of the P770 irons mixes old and new, but when it comes to feel, you can’t have both.  This iron clearly chose to go old school.  Impact is fairly quiet and low pitched, getting slightly louder and moving toward a mid-pitch on longer shots.  The feel is medium-soft with a strong, connected sensation.  It doesn’t feel like the ball is trampolining off the face; it feels like a solid smash. 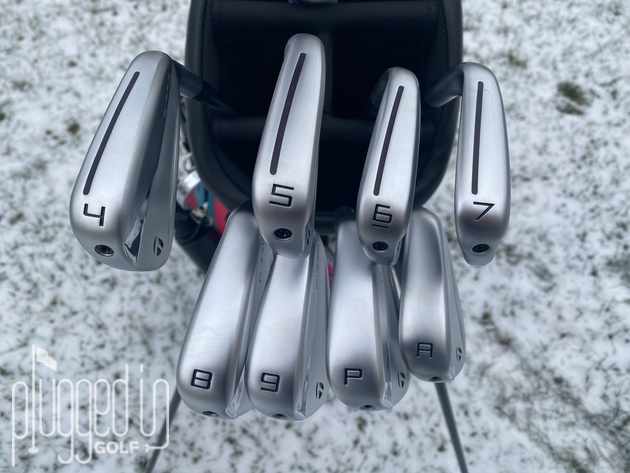 With a “blended” set like this, I’m always careful to check the feel difference between the two irons on either side of the divide.  In the P770, the irons 7 and longer have the Speed Pocket, the scoring irons do not.  I was pleased to find that I could not feel the difference between the 7I and 8I.  These irons felt the same on both pure strikes and mishits.

The feedback on strike quality comes primarily through the hands.  A bad thin strike will sound different than a flush shot, but the impact sound is so quiet that it’s not the primary mode of feedback.  Your hands will tell you everything you need to know about where the ball met the face. 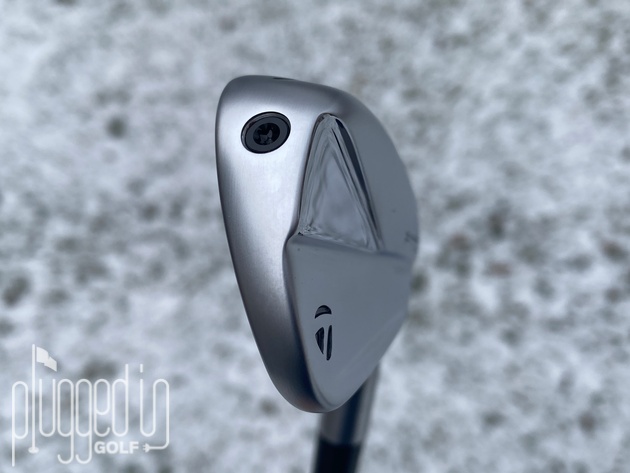 When testing the new TaylorMade P770 irons, the first thing that jumped out to me was the ball speed.  Comparing the P770 to the other sets in my database, they are near or at the top when it comes to peak ball speed.  This is also seen in the smash factor, which was consistently over 1.4, even in some of the scoring irons.  What produces this high speed is the thinnest P770 face yet supported by SpeedFoam Air. 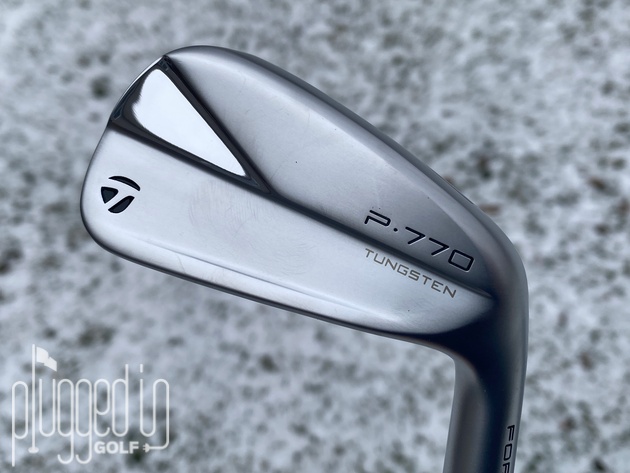 Regular readers know that peak ball speed is great, but the key to scoring is consistency.  The P770 has that, too.  Thanks to the combination of the Thru-Slot Speed Pocket and the mass relocation afforded by the lighter SpeedFoam Air, the P770 is exceptionally long all across the face.  I hit a shot with 1.47 smash, thought it was great, then looked at my face tape and realized it was a heel shot.  Similarly, I hit a toe shot that made me groan, looked down at the launch monitor and saw that it was within 30 feet of the target. 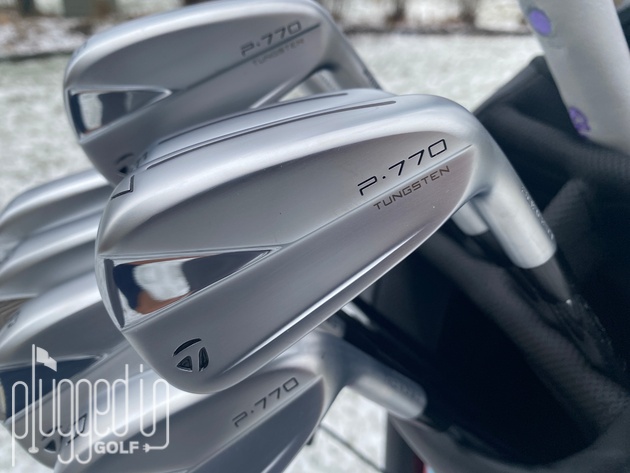 The P770 separates itself from the P790 with weaker lofts.  As in the previous version of the P770 [review HERE], the lofts are as much as 2.5 degrees weaker than the P790 with the gap shrinking to 1 degree in the scoring irons.  This gives the P770 higher launch, more spin, and more predictable distance.  Throughout all my testing, I did not hit any “jumpers” or “fliers” where the spin dropped off and the ball flew far beyond normal.

Speaking of spin and launch, the P770 has a very steady, predictable progression throughout the set.  This is thanks to TaylorMade’s FLTD CG which moves the CG lower as the lofts get stronger.  This promotes higher launch and more playability in the long irons and more spin in the scoring irons.  It also helps to create sensible, even distance gaps from the 4I through the AW. 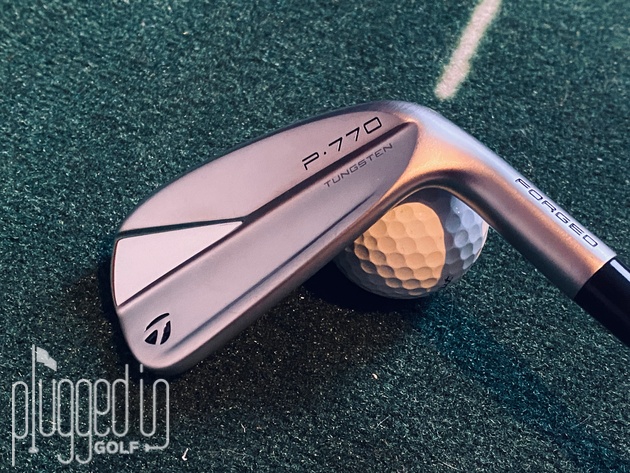 The 2023 TaylorMade P770 irons prove that you don’t need a massive iron to take advantage of the best technology.  This set is long and forgiving from top to bottom despite having a traditional look at address.  It also provides predictable launch and spin throughout for shot making and control. 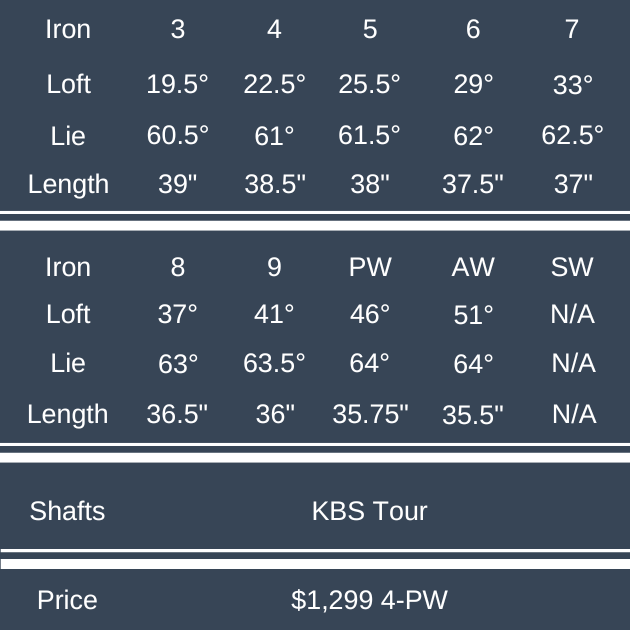