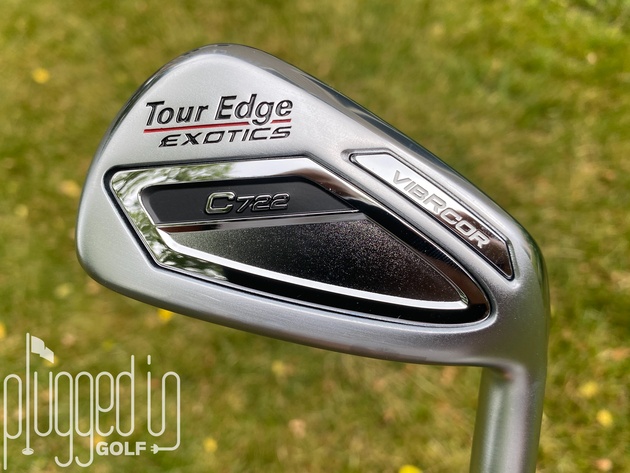 The Tour Edge Exotics C722 irons are fast and long, but they don’t give up anything in terms of shot shaping and stopping power.  Great, solid feel. 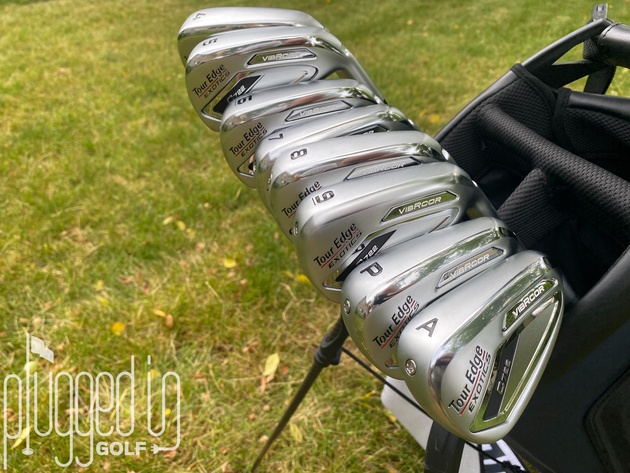 Last year, Tour Edge Exotics dropped the category-busting C721 irons [review HERE].  Call them players irons, call them distance irons, call them game improvement – either way you’re right and wrong.  For 2022, TEE had the unenviable task of trying to improve on that.  I tested the C722 irons to see if they could. 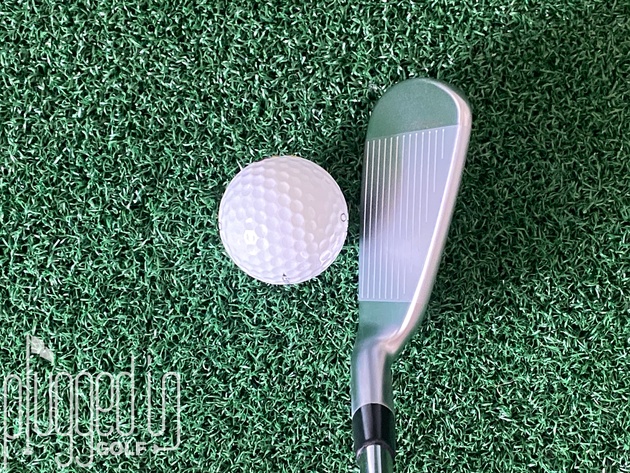 In the bag, the Tour Edge Exotics C722 irons look very similar to the C721.  The “cavity” portion has been reshaped and given a different visual texture, but the rest remains the same.  A Tour Edge Exotics logo sits in the toe just above the C722 designation.  Opposite the TEE logo is a call out to the Vibrcor technology. 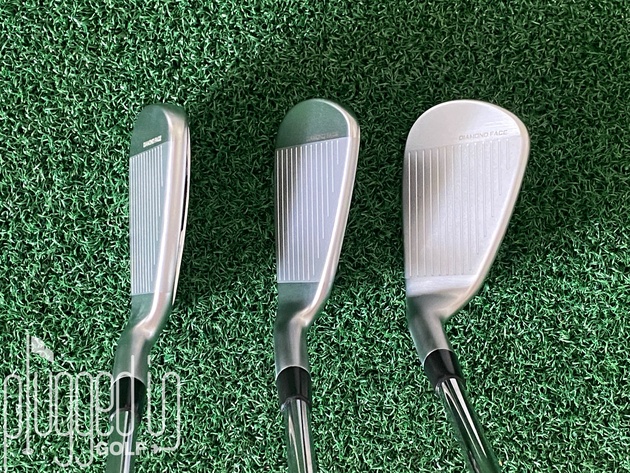 At address, the top line of the C722 is thinner than the C721.  There also appears to be less offset.  This pushes the C722 away from the game improvement category, at least visually.  The blade length isn’t oversized, but it’s not compact either.

Compared to its line mate, the E722 [review HERE], the C722 irons have much thinner top lines and much less offset. 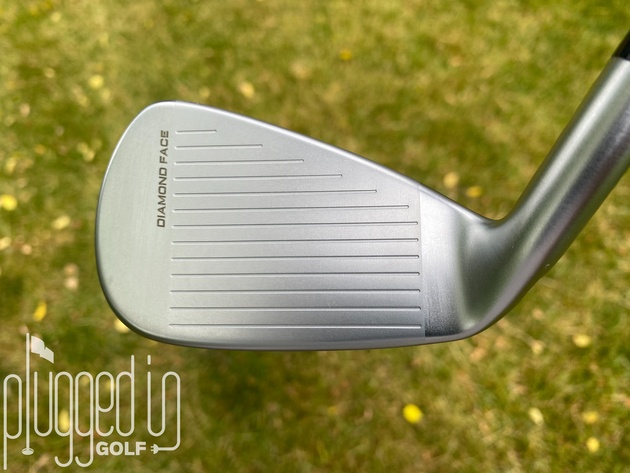 Tour Edge Exotics has put a tremendous focus on sound and feel in the last few years, and that shows in the C722 irons.  Despite being a hollow body iron, the C722 is extremely solid.  It feels like you’re delivering a gut-punch to the golf ball, knocking the wind out of it.  This strong feel is paired with a quiet “thud” – easily the quietest impact sound of any hollow iron I can think of.

TEE’s Dual VIBRCOR Technology enhances the feel without robbing the C722 of feedback.  As you move away from the center of the face, the sound gets a little louder and transitions from “thud” to “snap.”  There is also some feedback through the hands, but it’s subtle. 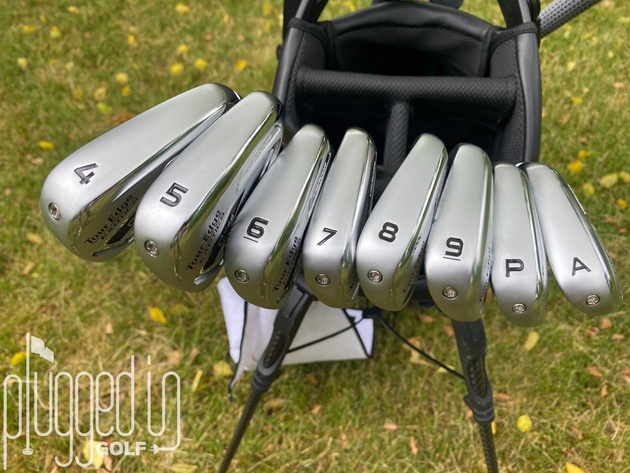 Tour Edge Exotics calls the C722 an “ultra premium player’s distance iron.”  Like so many categories, “player’s distance” is ill-defined, but I’d suggest we start using the C722 as the benchmark.  This is a true players iron in terms of launch, spin, and shot control but it also manages to be impressively long and forgiving. 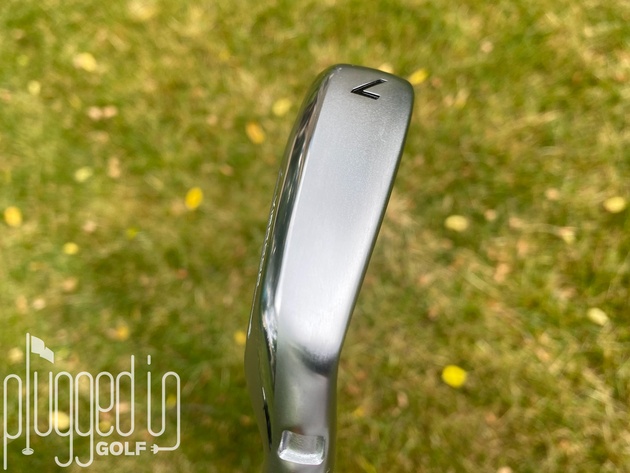 To start my launch monitor testing, I ran the Tour Edge Exotics C722 irons against my gamer PING Blueprints [review HERE].  This isn’t an apples-to-apples comparison by any means, but I wanted to see how much of the “players-ness” the C722 gave up in the name of distance.  The answer: none.  From the long irons through the scoring irons, the launch and spin numbers from the two sets were virtually identical.  This is particularly hard to believe given that there’s as much as a four degree difference in loft, but it’s true.

There are several reasons why it’s so important – and impressive – that TEE kept the spin in these irons.  Most obviously, spin is a big part of what keeps an approach shot on the green.  No one wants to see an iron shot land pin high, then bounce and run over the back.  Additionally, spin is what allows players to shape shots.  For an iron to carry the “players” moniker, I think that should always be an option. 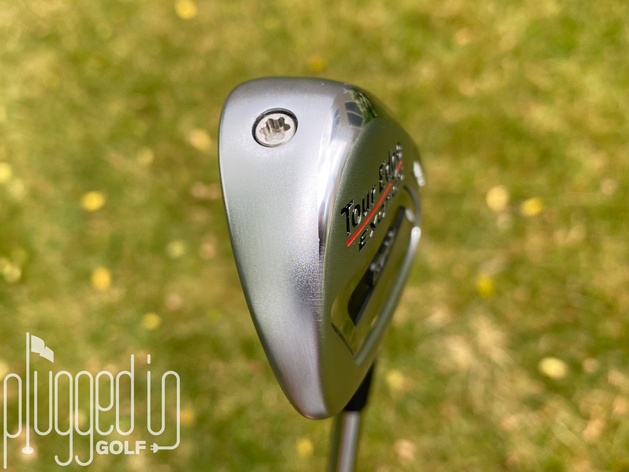 Where the C722 and Blueprint diverged was on ball speed, and diverge they did.  Thanks to the Diamond Face VFT and Maraging Steel L-Cup Face, the C722 has ball speed on par with the fastest irons available.  In the long irons, the smash factors easily climb into the high 1.4s.  The C722 irons left the Blueprints in the dust with enhanced ball speed translating to at least an extra club of distance.

Finally, the other massive advantage of the C722 irons is consistency.  With their hollow body design and strong perimeter weighting, the C722s deliver predictable launch, spin, and speed shot after shot.  This means that whether you’re striking it like a true player or having an off day, you can rely on repeatable distances from your irons. 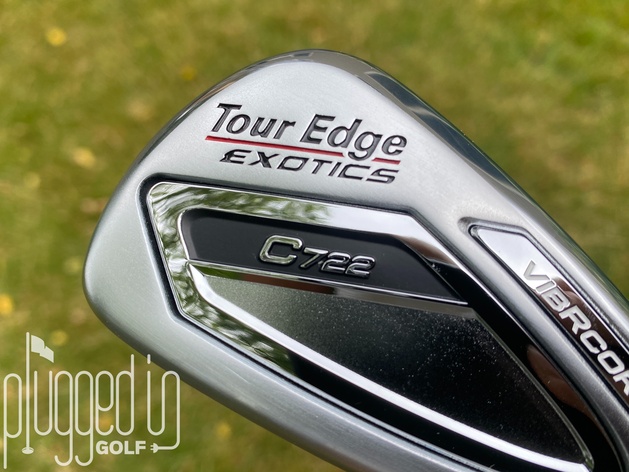 The Tour Edge Exotics C722 irons truly deliver on both sides of the “player’s distance” promise.  These irons have all the spin you need to shape your shots and stick the landing on the green.  That’s paired with tremendous ball speed and enough forgiveness to get you through some bad swings.  The C722 irons show that you can get the best of both worlds. 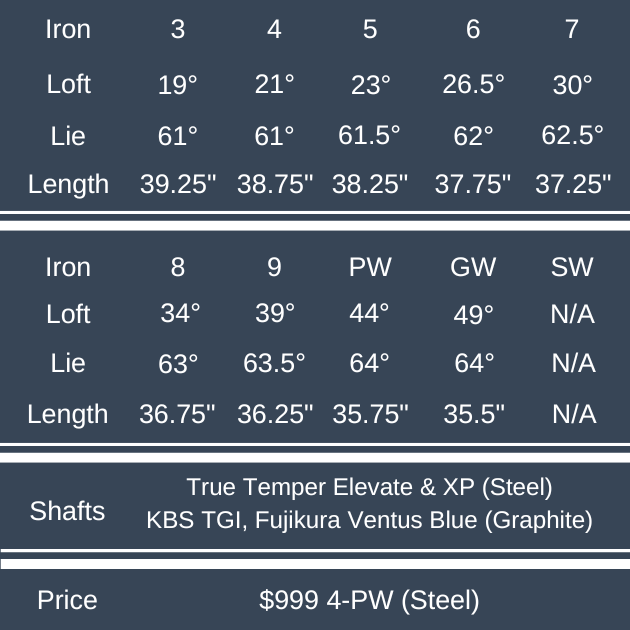