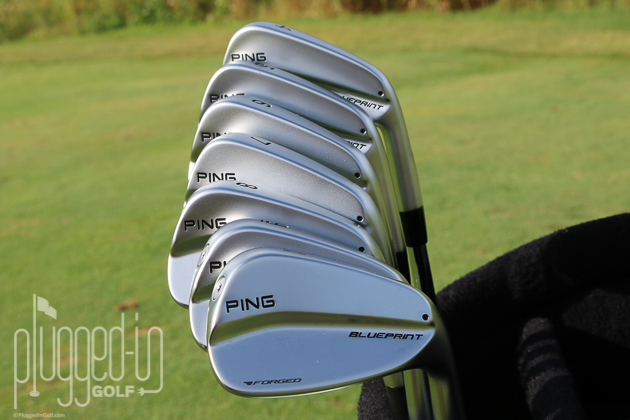 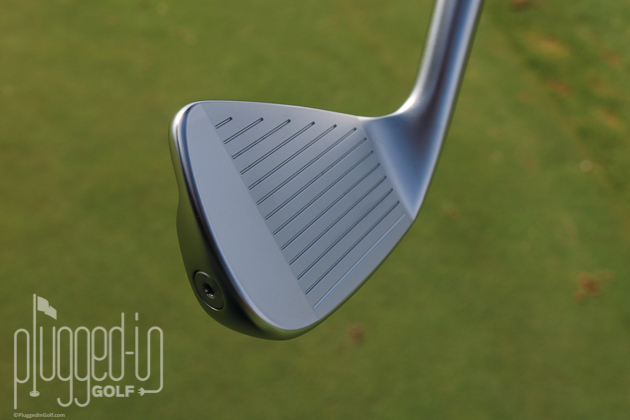 Ever since I saw them at the 2019 PGA Show, I have been dying to get my hands on the PING Blueprint irons.  With the iBlade (review HERE), PING took a near-blade and somehow packed in the forgiveness of a full cavity back iron.  I couldn’t wait to see if they could repeat that magic with a true blade.  The minute that these clubs arrived on my doorstep, I unboxed them and ran to the range to begin testing. 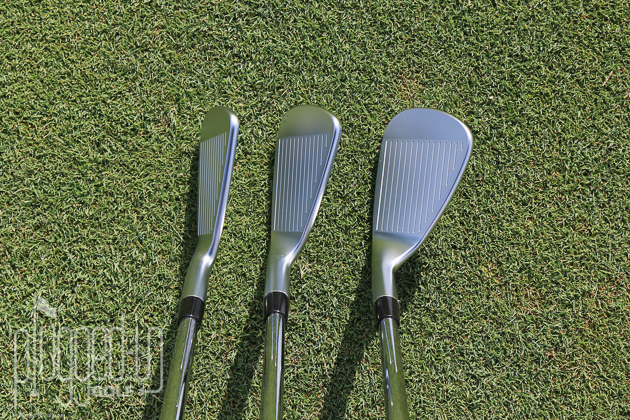 If you have preconceived notions about what a PING iron looks like, throw them out the window.  This is not your daddy’s PING iron.

The PING Blueprint irons were designed based on their Tour staff’s desire for a true blade.  This is a very compact blade with a thin top line, narrow sole, and virtually no offset. 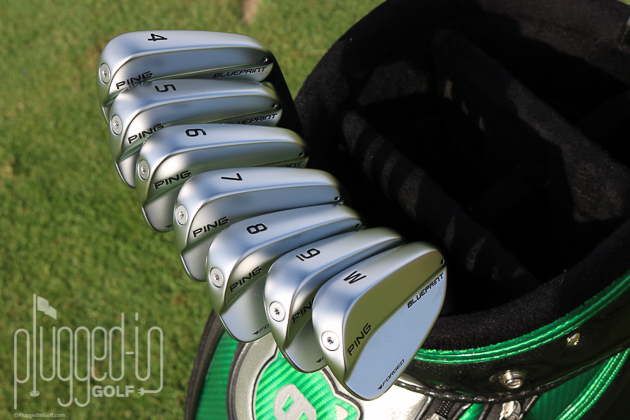 As good as they look at address, I think they look even better in the bag.  The shape of the muscle is simple yet unique, and the branding is clean and minimal.  I also like the weight plug in the toe – a gentle nod to the fact that, despite the appearance, this is a highly engineered PING club. 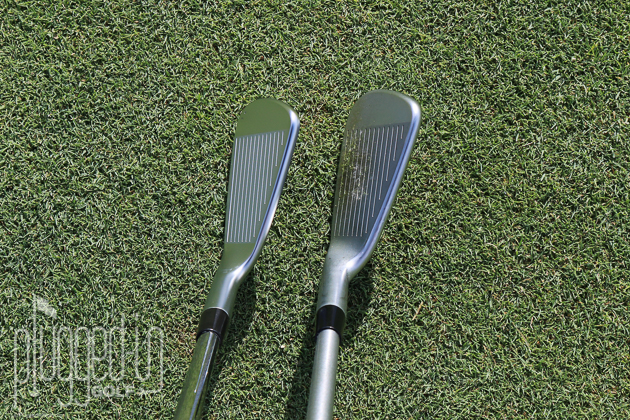 Above you can see the Blueprint (left) next to my gamer iBlade (both are 7 irons).  The top line is noticeably thinner, and the blade is shorter.  Additionally, the soles of the Blueprint irons are much thinner than the iBlades, though they have nearly identical bounce specs. 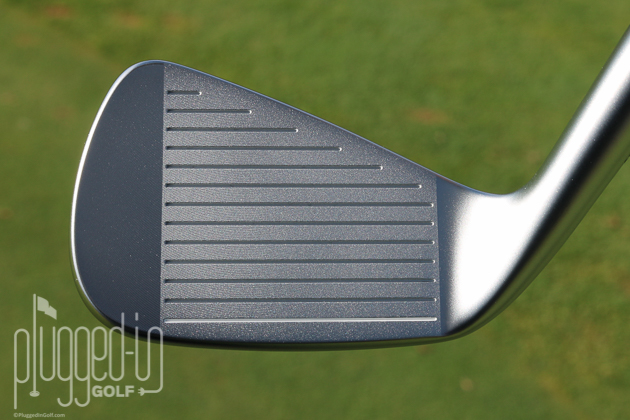 The PING Blueprint has a solidness at impact that is unparalleled (yes, solidness is a real word) .  The Blueprint checks all the expected boxes – soft, muted, etc – but what makes it unique is that feeling of connection to the ball.

These irons are forged from 8620 carbon steel.  The result is that the feedback is exceptional.  Every shot can be precisely located through feel, but, pleasantly, the mishits don’t sting your hands. 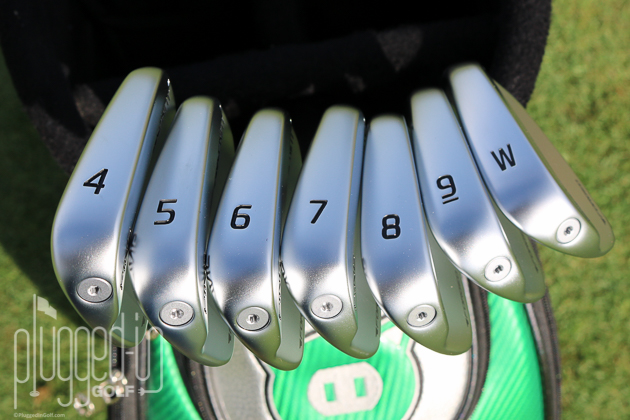 As I sped to the range with my shiny new Blueprint irons in the trunk, I had visions of all the shots I was going to create.  I didn’t leave until the irons were no longer shiny and every one of those shots had been hit.  Assuming you have the right shaft for your swing (and PING has plenty of stock options), these irons will give you control over every aspect of your ball flight.

The shot control was exactly what I was expecting from the Blueprint irons.  What I was not expecting was the forgiveness.  These are the easiest-to-hit blades I’ve ever played.  Now, before anyone goes crazy, let me be very clear: these are no substitute for the G410 irons (review HERE).  That said, the Blueprint irons are more than happy to forgive a slightly thin shot.  Additionally, the tungsten screw in the toe boosts stability making small mishits virtually identical to pure strikes. 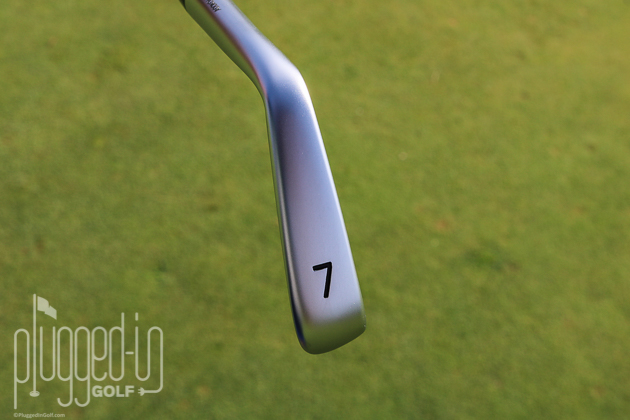 This summer I’ve spent more time practicing than I have in many years, and I’ve gotten more in touch with club/turf interaction.  That’s made me appreciate the versatility of the narrow sole on the Blueprint.  By this point in the season, my range is a minefield, and I found all manner of sketchy lies.  The Blueprint was able to pluck the ball out of any of them, but there was enough bounce to keep the club from digging.

The loft specs on the Blueprint irons mirror the iBlades, which is to say they’re fairly weak by modern standards.  These are designed for better players who are more concerned about stopping power on the greens than they are about hitting their 6I longer than the next guy.  For those that do want stronger lofts, the Blueprint is available in Power Spec Lofts which are 1-2 degrees stronger. 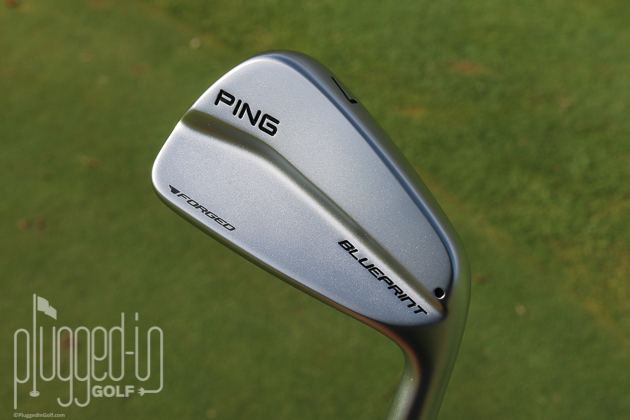 I came into this review with high expectations, and the PING Blueprint irons exceeded them.  They delivered the look, feel, and shot control that I was hoping for with more forgiveness than I expected.  The Blueprint will be getting a lot of time in my bag for the rest of 2019 and beyond. 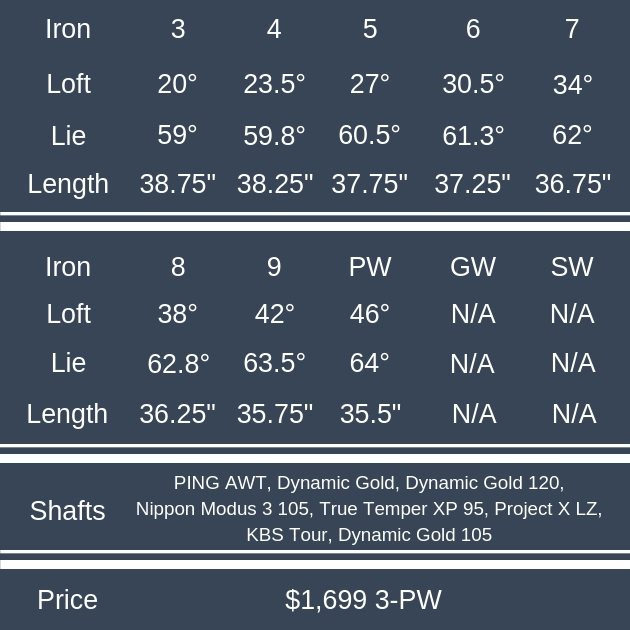