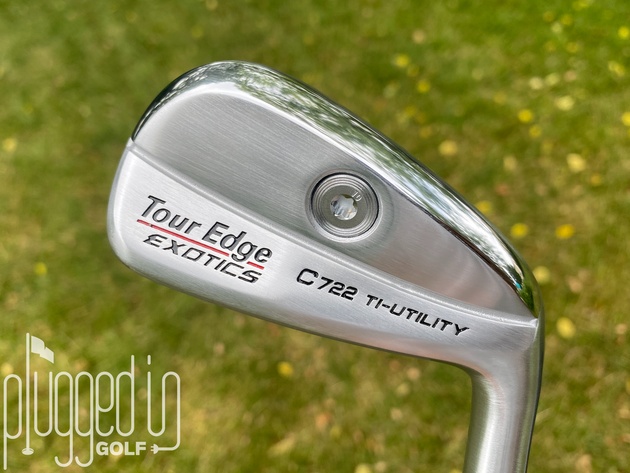 The Tour Edge Exotics C722 Ti-Utility Iron has loads of ball speed, but it’s a lot more than a long iron.  Has enough spin to allow skilled players to shape shots and hold greens.  Very robust speed across the face. 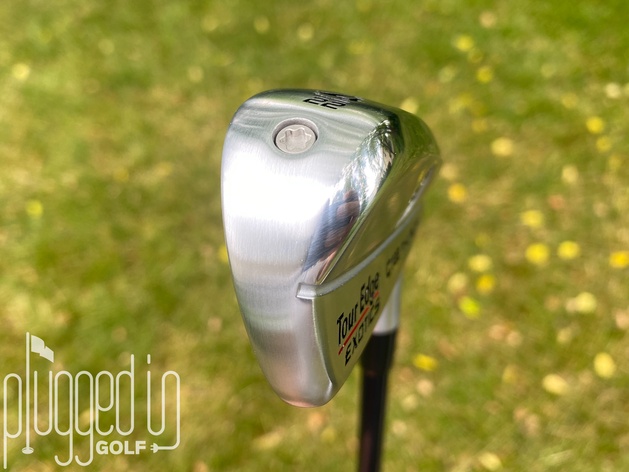 Tour Edge Exotics know how to make fast clubs.  Their name was built on exceedingly hot fairway woods, and the recent EXS Ti-Utility [review HERE] showed that this knowledge extends to other categories, too.  For 2022, TEE has brought out the C722 Ti-Utility Iron to complement their C722 irons [review HERE].  I tested it to see if it delivers the same blistering ball speed its predecessor was known for. 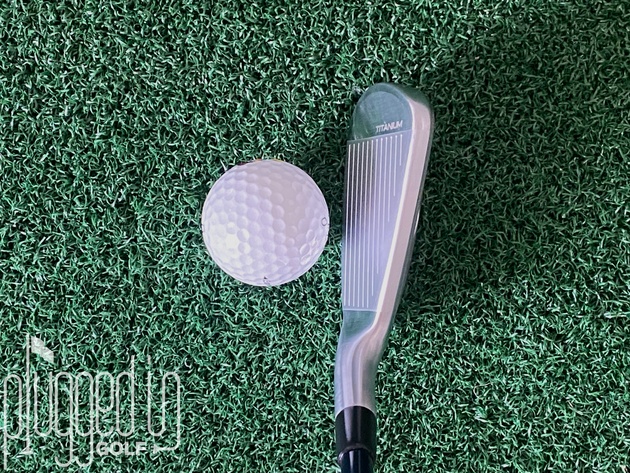 At address, the Tour Edge Exotics C722 Ti-Utility Iron walks the very thin line of being easy on the eyes without scaring players away.  For the better player, the top line is medium-thin and there isn’t much offset.  The face frames the ball well without having that low profile, stretched look that many utility irons do.

In the bag, the C722’s hollow body, faux-blade look gives it more players appeal.  The weight port in the center of the head adds some modernity without alienating the more traditional players.  There is a healthy dose of branding across the lower part of the back, but the primarily black paint fill keeps it looking clean. 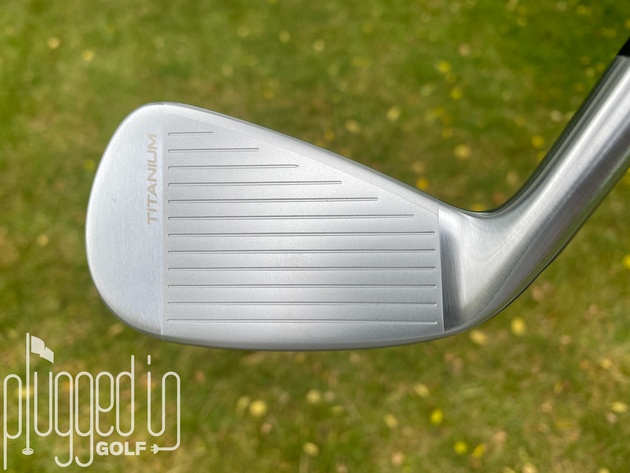 Striking a pure shot creates a low-pitched, authoritative “snap” that will cause your opponents to second guess playing you for money.  This version is louder than I remember its predecessor being, but the traditional tone makes it viscerally satisfying.

This intimidating sound is paired with a feel that’s quick without being thin.  It’s not a totally traditional feel; it’s a marriage of solid and rewarding with speedy and modern.  The feel also does a good job communicating strike quality.  You’ll be able to feel mishits, even if the performance of this club covers them up. 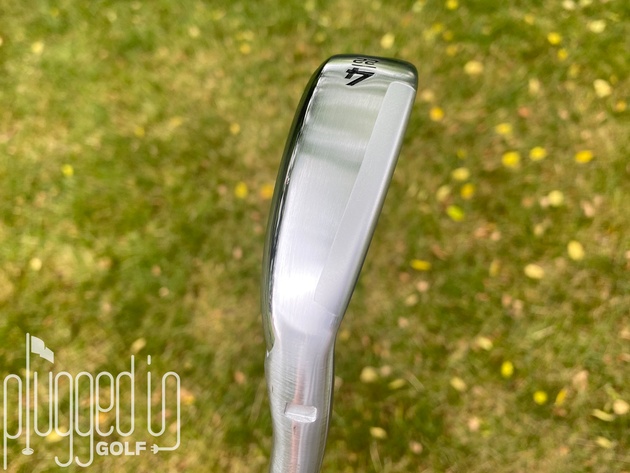 When I don’t know how to start this section, that’s either a really good sign or a really bad one.  In the case of the Tour Edge Exotics C722 Ti-Utility, it’s a very good thing.  It would make sense to start with the ball speed.  I could also start with forgiveness.  But instead I want to talk about the thing that separates this club from many others: the spin.

If you follow golf equipment closely, you know that over the last few years, many OEMs have been adding distance to their clubs by dropping spin.  “Low spin” has been promoted as synonymous with “long.”  The problem with this is that you need spin to keep the ball in the air, shape shots, and keep the ball on the green.  With the C722 Ti-Utility, TEE has injected above average spin so that your long approaches result in a GIR, not a trip to the bunker behind the green.  This spin also keeps the ball in the air for more consistent carry distances.

Don’t be worried that a little extra spin will result in shorter shots.  The C722 Ti-Utility has distance to spare thanks to tremendous ball speed.  This club features a Beta Titanium L-Cup Face that wraps around the leading edge, acting as a hinge and providing explosive speed.  What’s even better is that you don’t need to hit every shot perfectly to enjoy the speed.  I hit shots off the heel that still registered smash factors near 1.4.  This is the rare utility iron that can be played by a wide range of handicaps. 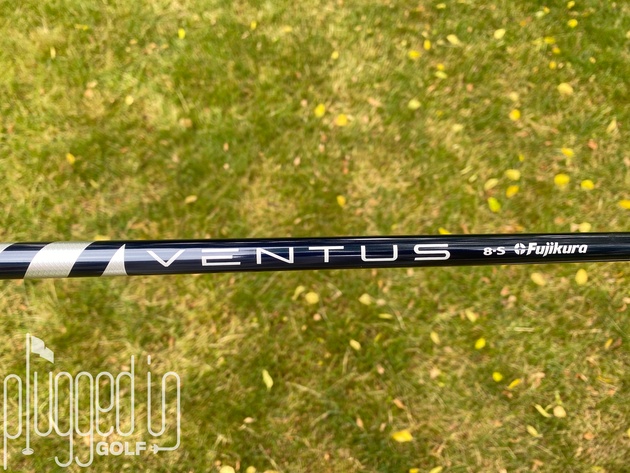 Something new for the C722 Ti-Utility is the adjustable weight in the back of the head.  The club comes with a 10 gram weight, but plugs of 2.5, 5, 15, and 20 grams are available for modifying swing weight and performance.

One thing that has not changed is that this club is not extremely high launching.  It is consistent and quite forgiving of thin strikes, but low launching players will want to consider lofting up.  As always, get fit to maximize this club’s potential. 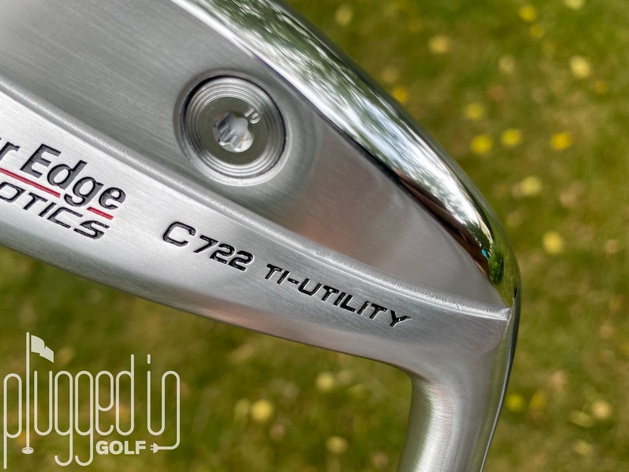 Tour Edge Exotics has put a heavy focus on the PGA Tour Champions, and it’s evident from their recent run of products that they’re getting tremendous feedback from this group.  The C722 Ti-Utility is fast and long, but it’s the spin and consistency that better players will really appreciate.  If you have a hole to fill in your long game, this is a club worth considering. 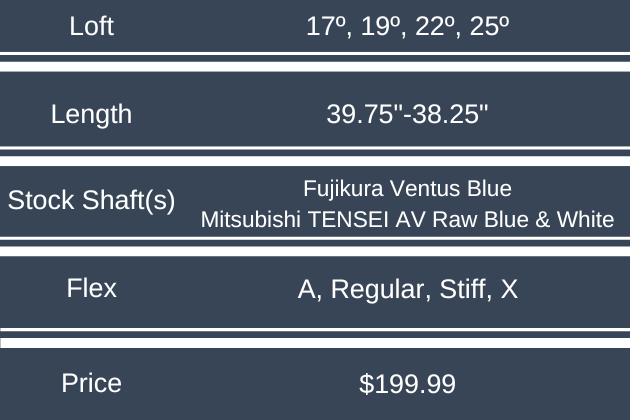