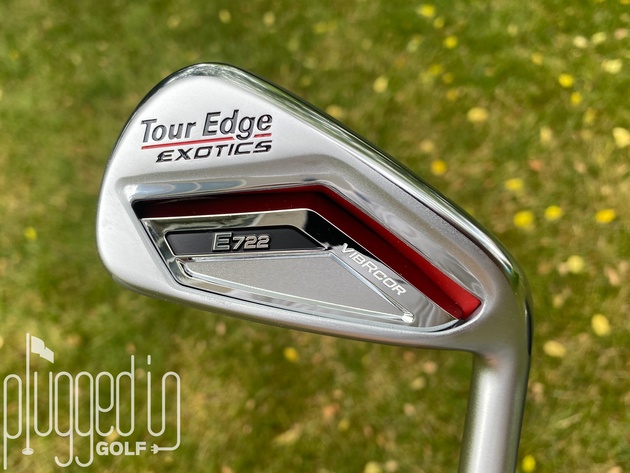 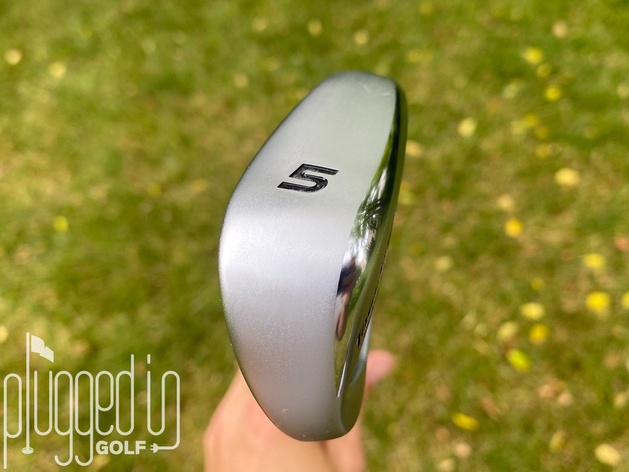 For 2022, Tour Edge Exotics has released another split line – E and C.  The C stands for Competition, a line geared toward the highly skilled player.  E stands Extreme, as in extreme forgiveness and extreme distance.  If more consistency and length sound appealing to you, you just might be an E player and a good fit for the E722 irons. 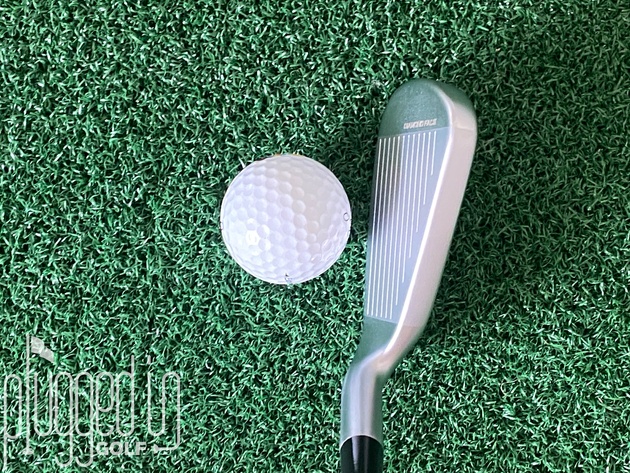 While the C722 irons evolved to move closer to the players category, the E722 irons lean more toward super game improvement.  Compared to the previous version, the E721, the E722 looks to have a slightly thicker top line and equal or greater offset.  For players that get confidence and comfort from a bigger club head, this is a great change. 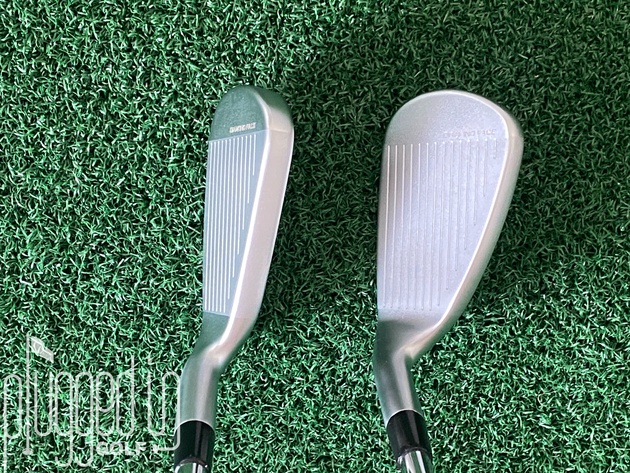 One thing that I really like about the TEE E722 irons is that there isn’t any “extra” hanging out beyond the top line.  This is a big iron, but it still looks like an iron, not a hybrid.  For players that want maximum forgiveness but don’t want to play a set of hybrids or hybrid-irons, the E722 might be the perfect solution. 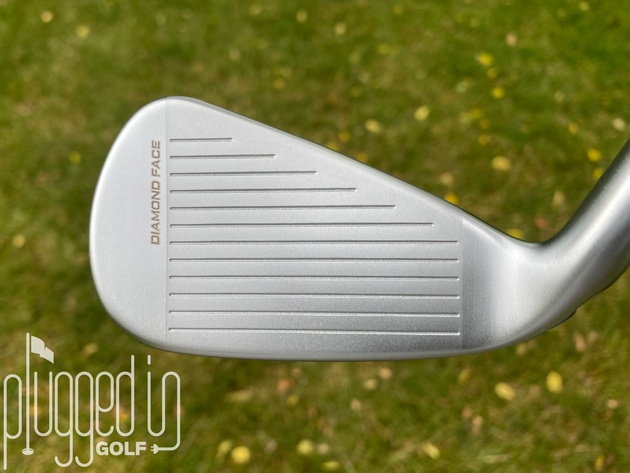 I tested the E722 and C722 irons [review HERE] head to head.  I intended to start with the E722.  After my very first swing, I stepped back and said, “Wow, that’s incredibly solid…did I grab the wrong club?”  I flipped the club over, and it was indeed the E722 in my hand.  I hit another ball.  And then another.  It was no fluke: this is the most solid-feeling GI iron in recent memory.  TEE’s Dual Vibrcor technology does an amazing job with the sound and feel.

Speaking of sound, the partner to that solid feel is a quiet “thud” in the short irons that gets a little louder and snappier in the long irons.  The whole set is quiet, but it does get progressively louder as the irons get longer.

Feedback through the hands is subtle.  Outside of the big misses, you’ll need to pay attention to locate the exact impact location.  Similarly, mishits are slightly louder than pure strikes, but the difference is not stark. 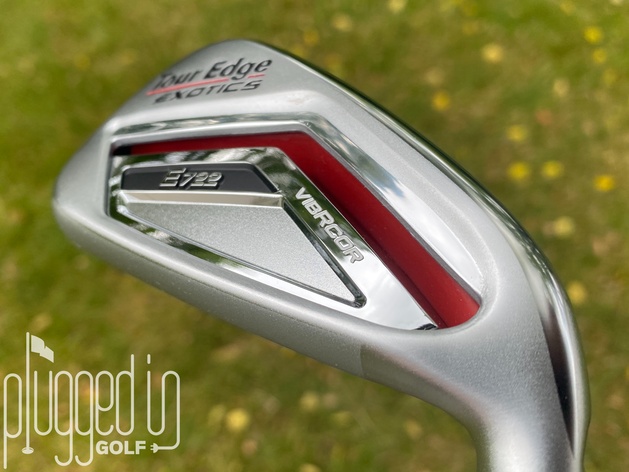 Tour Edge Exotics is a company that I frequently tell people to stop sleeping on.  For several years, they’ve been putting out full lines of clubs that are absolutely the equal of any other OEM.  And yet, when it came time to test the E722 irons, I was the one napping on my own review of their predecessor, the E721 [read it HERE].  But that did give me a chance to be impressed all over again with the E722.

One of the first things you’ll notice when comparing the specs of the C722 and E722 irons is that the E722 are roughly two degrees stronger throughout the set.  You would not know this from the launch monitor testing.  The E722 irons do launch and spin slightly lower than the C722, but the difference is far less than you’d expect.  The E722 is able to negate the strong lofts with a 360 undercut design that adds ball speed and increases launch angle.  This is a big iron with strong lofts, but it still launches towering shots that can stop on a dime. 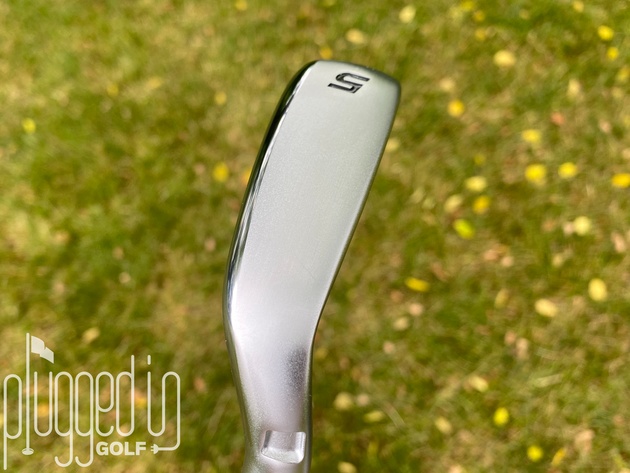 Where you do see the effect of the “power lofted setup” is in the ball speed.  The lofts combine with Diamond Face VFT to create smash factors that look like they belong to a driver.  When you combine those high ball speeds with high launch, you get shots that carry forever.

But I’ve saved the best for last.  While all those traits are impressive, what I love most about the E722 irons is the forgiveness.  I was testing the E722 head to head against the C722 and my gamer Blueprints.  This gave me the chance to observe that the E722 is longer out of the heel than the Blueprints are from the center of the face.  You can almost hosel the ball and still send it flying.  If your ball striking is erratic, these irons are a dream. 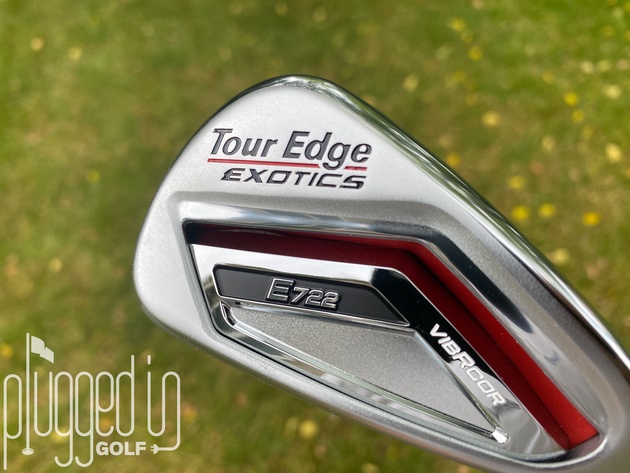 The Tour Edge Exotics E722 irons give you a lot to love.  You can love their distance, their forgiveness, or their ability to be long and hold a green.  Get fit for the right shaft and set composition and you can love it all.  Just be warned that your opponents won’t feel the same. 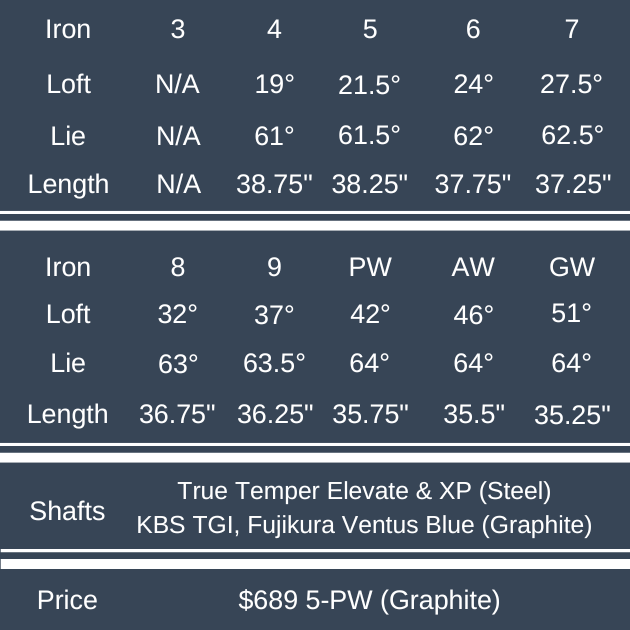