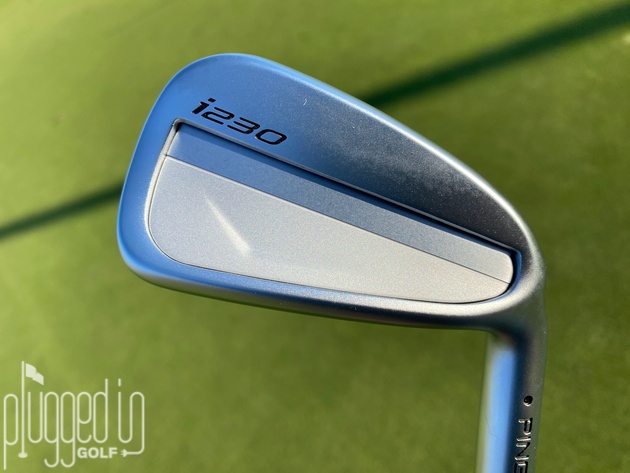 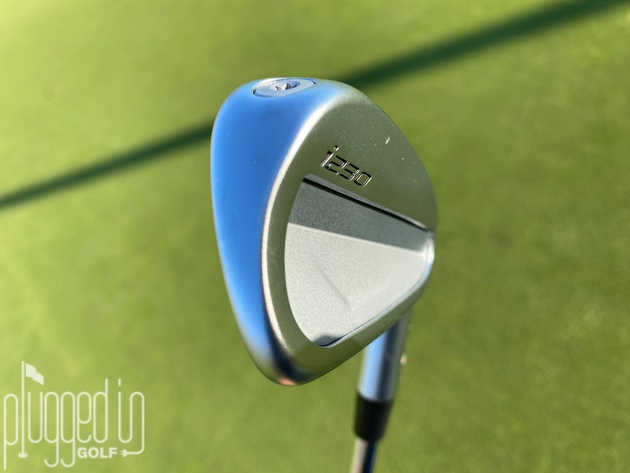 I regularly say that there are hundreds of ways to enjoy golf.  If your golf happiness comes from seeing that one perfectly struck iron shot soar fifteen yards beyond your target, you should stop reading this review.  The PING i230 irons are not for you.

However, if you love low scores and watching your approach shots do the same predictable thing swing after swing, you’ll want to post your current irons for sale now.  The PING i230 irons may be the most consistent players iron I’ve ever tested. 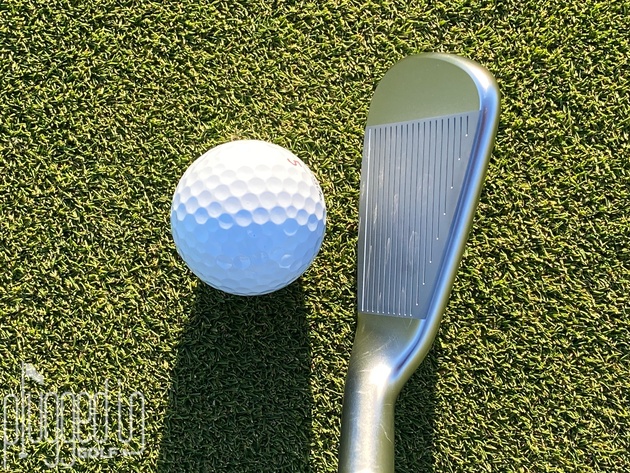 The PING i230 irons are extremely clean in the bag.  PING has never made particularly loud irons, but these raise the bar on minimalism.  The cavity is very straightforward, and the “i230” engraving on the toe is small with black paint fill.  There is one interesting detail – the small depression in the cavity –  that speaks to the precision of the weight distribution. 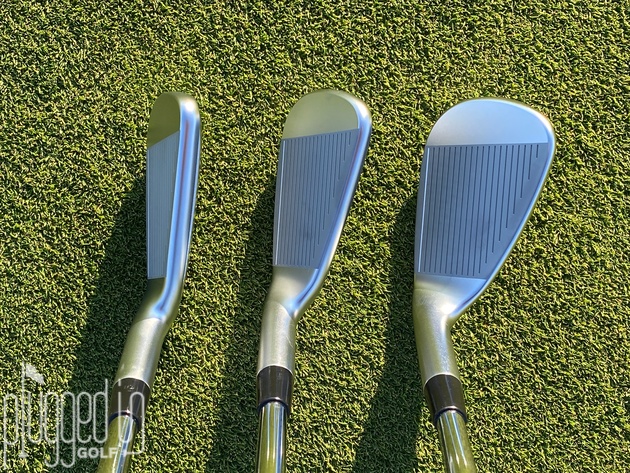 At address, the i230 irons have a compact look that’s in line with previous i-Series irons.  PING has made the long irons (3-5) slightly smaller than the i210 irons [review HERE], but the rest of the set is similar in size.  Throughout, you get minimal offset, a gently rounded leading edge, and a thin top line.

For those interested in comparison, the i230 is slightly larger than the Blueprint [review HERE] in every way.  There’s a touch more offset, the top line is a bit thicker, and the blade is a little longer.  These differences are obvious when the two irons are side by side, but, on their own, they’re definitively in the same ballpark. 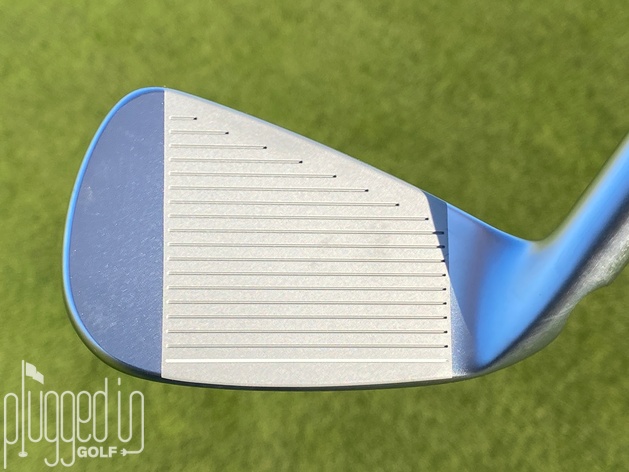 The sound and feel of the PING i230 irons is as understated as the look.  Impact creates a quiet, staccato “tock” that barely changes on mishits.  Thin strikes are a bit more abrasive to the ears but are still fairly quiet.

Through the hands, the strike simply feels solid.  There’s no spring, no bounce, no explosion, no ball-mushing-into-the face.  It’s just a clean, straightforward impact.  There is, however, very good feedback through the hands.  Mishits don’t change the character of impact, but you can feel precisely where the ball met the face. 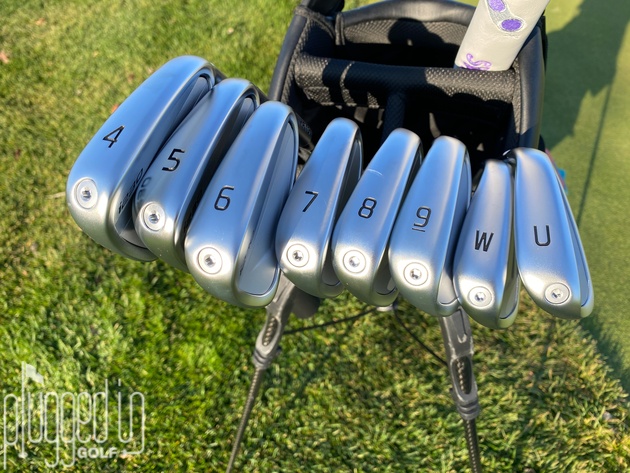 Sometimes it takes me a minute to see the forest for the trees.  I started my testing of the PING i230, as I always do, with the pitching wedge.  I hit several mediocre shots, noting the distance was just a few yards below my normal “good strike” number.  Then I absolutely melted one, 10/10 perfect impact…and the distance only ticked up six yards.  I shrugged, hit a few more, and moved on. 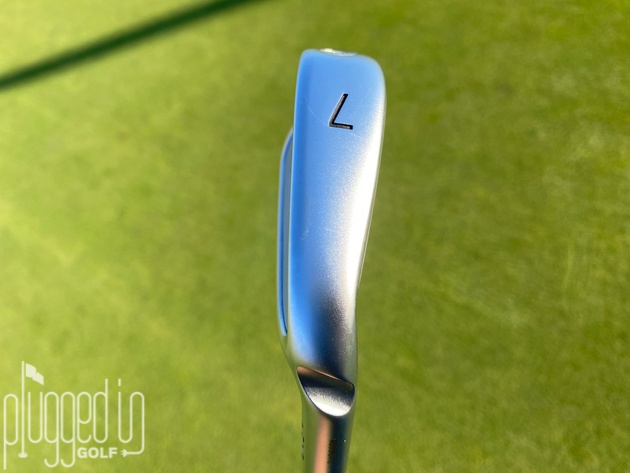 Next, I jumped to the 7I.  Again, I started with a couple stinkers that landed within five yards of my expected number.  The third shot was pure, and it landed five yards past my number.  This time the message sank in.  The PING i230 irons have an incredibly tight dispersion pattern.  They are remarkably forgiving of mishits, and, just as importantly, they don’t produce fliers.  Every key number – ball speed, launch, spin, and carry – is consistent whether you miss it a little or flush it. 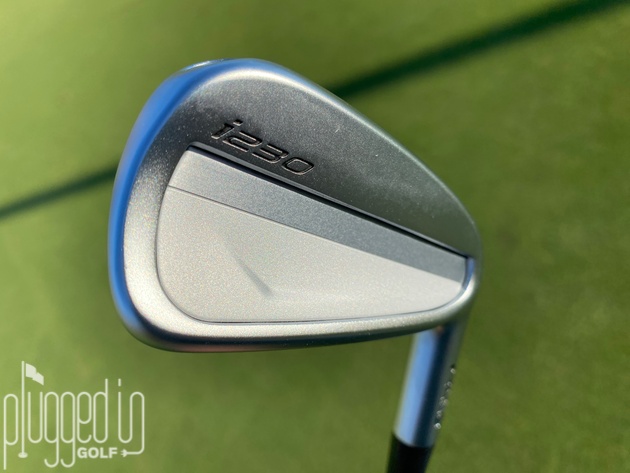 As impressive as this was, I hadn’t even hit the best club yet.  When I got to the 4I, I found ball speed that was on par with elite distance irons alongside easy, high launch and spin.  Even for players who are committed to their blades, throwing in an i230 long iron is the obvious move. 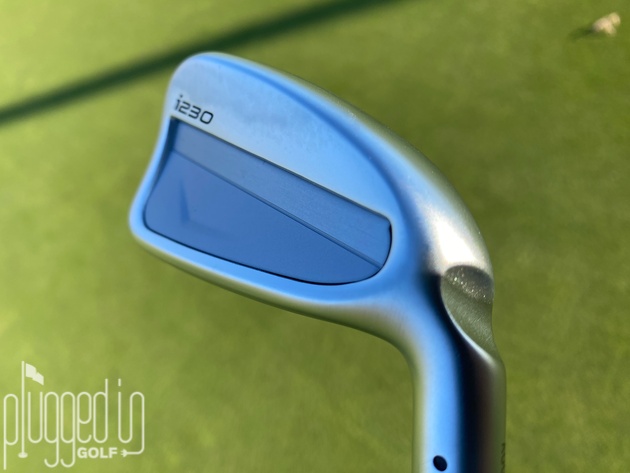 Comparing the i230 irons to my Blueprints, the biggest difference was, of course, the forgiveness.  I still regard the Blueprints as the most forgiving blades out there, but the i230 is in a different class.  It’s also worth noting that the i230 is one degree stronger throughout the set.  The stronger lofts along with a lower CG lead them to be about half a club longer on the best strikes.

Finally, PING continues to set the standard when it comes to custom fitting options.  First, they offer the i230 with standard lofts, Power Spec Lofts, and Retro Spec Lofts.  They also have an array of stock shafts including the Nippon Modus 105 [review HERE], two graphite options, and several weights of Dynamic Gold. 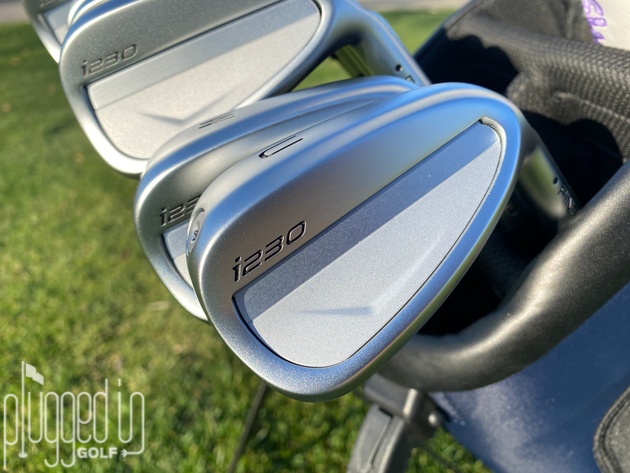 If my brain has anything to do with my WITB [always up to date HERE], the PING i230 irons will be there in 2023.  These are the most consistent irons I can remember testing.  As a players iron, they do absolutely everything I could ask for.  The tag team of my heart and ego will be battling hard to leave the Blueprints in place, and it will be a long, epic struggle. 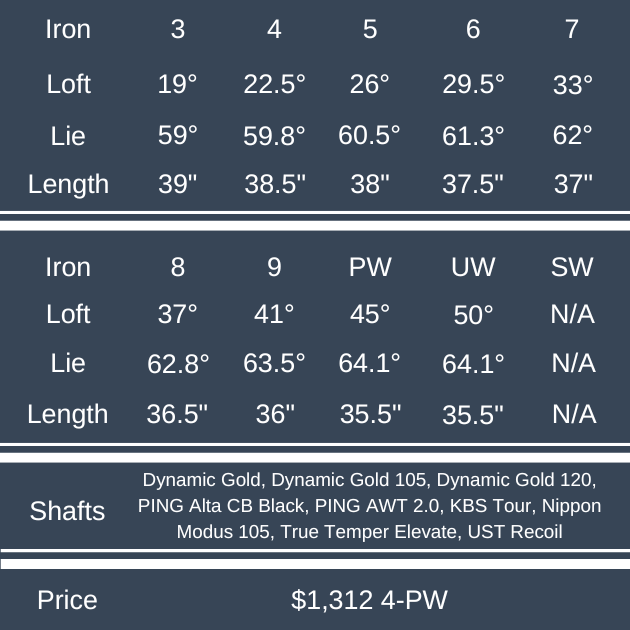