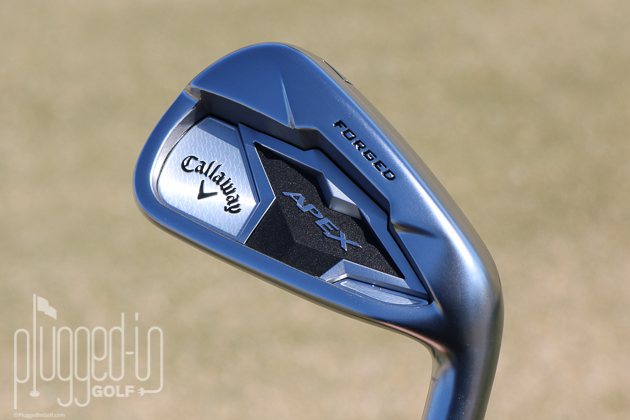 The Callaway Apex 19 irons manage to improve on the exceptional 2016 Apex.  Looks are excellent, feel has been upgraded, and they’re still long and easy to hit. 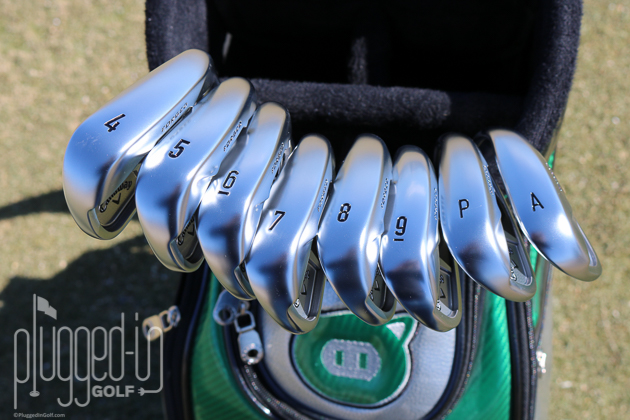 The 2016 version of the Callaway Apex irons (review HERE) were a sensation.  They were one of the very first irons to fuse players iron looks with game improvement forgiveness and massive distance.  In fact, they were so popular and so good, that Callaway didn’t replace them for three years – an eternity in the world of modern golf equipment.

But, like Father Time, the churn of new gear catches everyone eventually, so we now have the Callaway Apex 19 irons.  Can they live up the standard of their predecessor?  Let’s find out. 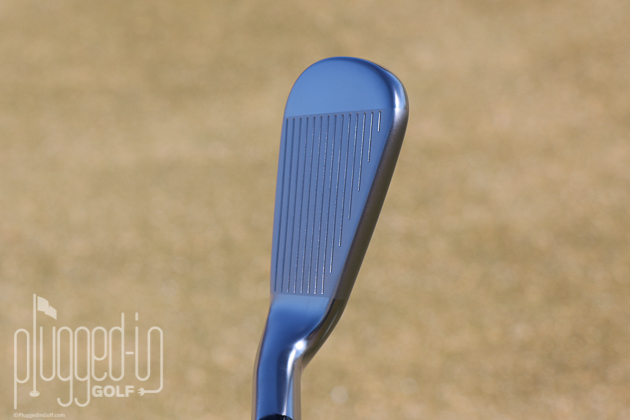 In the 2016 Apex, Callaway designed what might be the best looking game improvement iron ever.  With the Apex 19 irons, the thinking appears to have been, “If it ain’t broke, don’t fix it.”

The Apex 19 has enough offset to aid performance but not enough to bother the eye.  The top line and sole are slim without being razor thin and intimidating.  And as much as I like the look at address, I like the way these irons look in the bag even more. 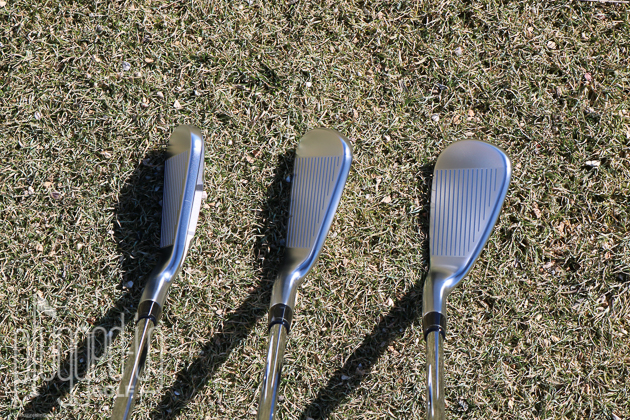 In comparing the Apex 19 to the Apex Pro 19, the differences are predictable.  The Apex 19 is thicker in the top line, has a bit more offset, and a slightly thicker sole.  Additionally, the Apex 19 has a brushed chrome finish, the Apex Pro a shiny chrome.  Both irons are also available in a Smoke finish which is extremely slick. 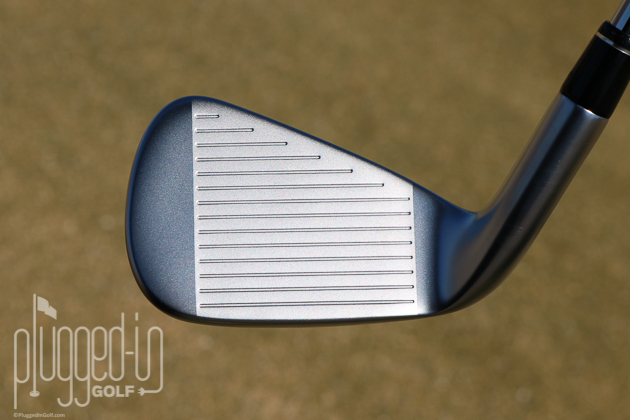 With so many irons chasing distance, it seems that the louder, clickier sound and feel has become more common.  The Callaway Apex 19 is a welcome change of pace.

Impact with the Apex 19 feels solid and heavy.  When you strike the ball perfectly, there’s a crispness that goes away on mishits, but the word I keep coming back to is heavy.  Every shot transmits the sense that you’re using a premium, solid, well-made iron.

Callaway attributes the improved feel to urethane microsphere technology, a pocket of microspheres behind the face that absorbs unwanted vibrations.  I will certainly attest to the fact that there are no harsh, jarring feelings, even on the worst mishits. 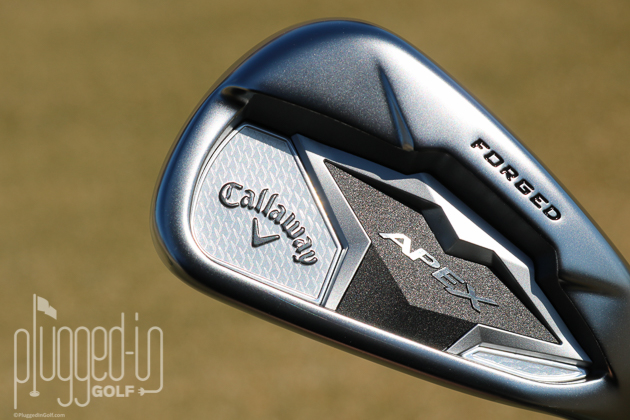 The first thing I looked for when testing the Apex 19 irons was distance.  My lasting impression from the 2016 version was how easy it was to hit bombs with the mid and long irons, and that is something Callaway has certainly brought forward to the Apex 19.  These irons are roughly a club longer than my gamers throughout the set.

Next, I was interested to see how much forgiveness Callaway could pack into this sleek iron.  My swing is still heavy with winter rust, so this wasn’t hard to test.  I was impressed to find that it took a substantial mishit to lose 10 yards of carry.  From a players iron, that’s far from the norm. 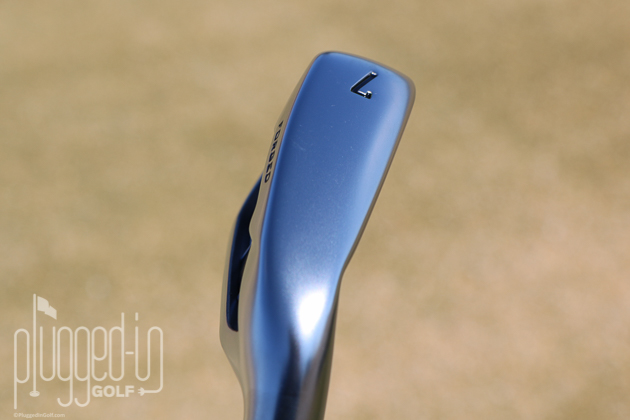 The Apex 19 offers distance and forgiveness without robbing you of control.  If you want to hit cuts and draws, you can.  Flighting the ball down takes little effort.  These irons really do offer the best aspects of both players and game improvement irons. 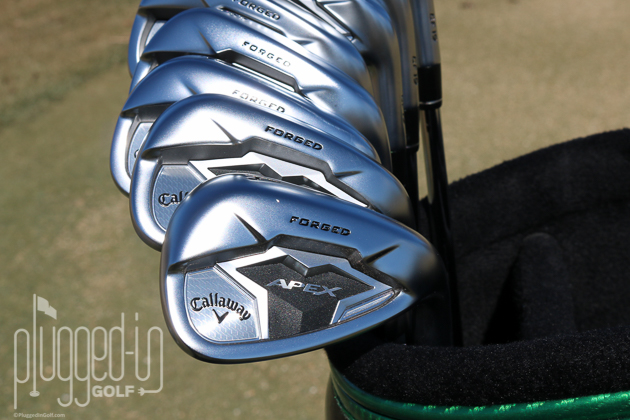 Most gear heads enter each year knowing which parts of their bag they want to change.  I was pretty set on changing my driver, but I had no intention of considering new irons in 2019.  The performance of the Callaway Apex 19 has me thinking that I should reconsider.  With great looks and feel plus superior playability, they deliver in every way imaginable. 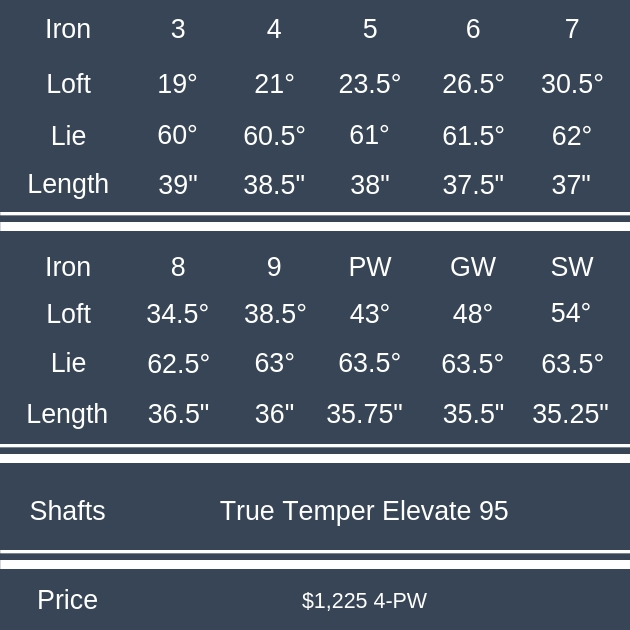