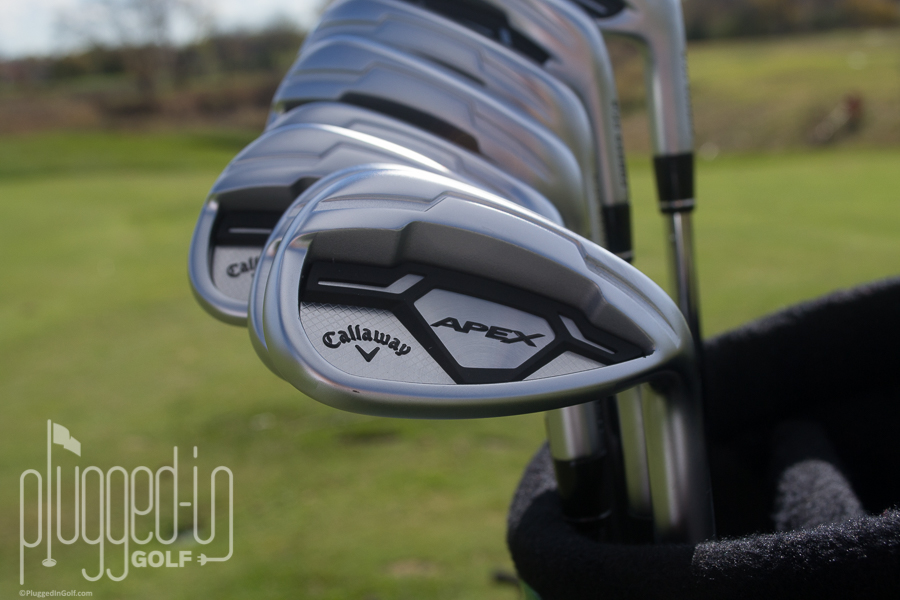 The Callaway Apex CF 16 irons are beautiful, really long, and easy to hit.

“Apex” is a bold name.  It’s bolder still in the golf world where it carries the legacy of Ben Hogan and some of the best irons ever made.

The Callaway Apex CF 16 irons don’t shy away from the challenge of their name.  With distance-enhancing technology, superb aesthetics, and the shot control that better players demand, these irons live up to their billing. 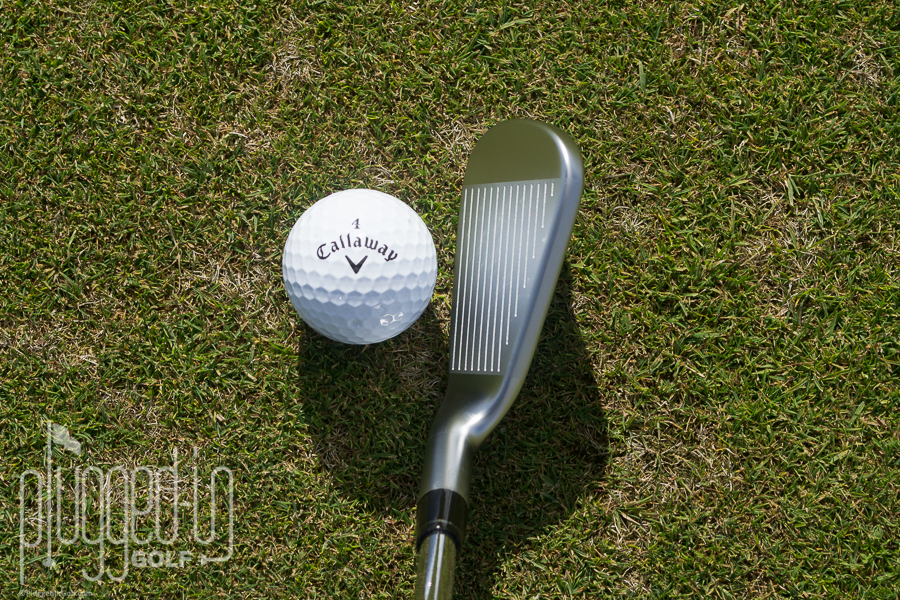 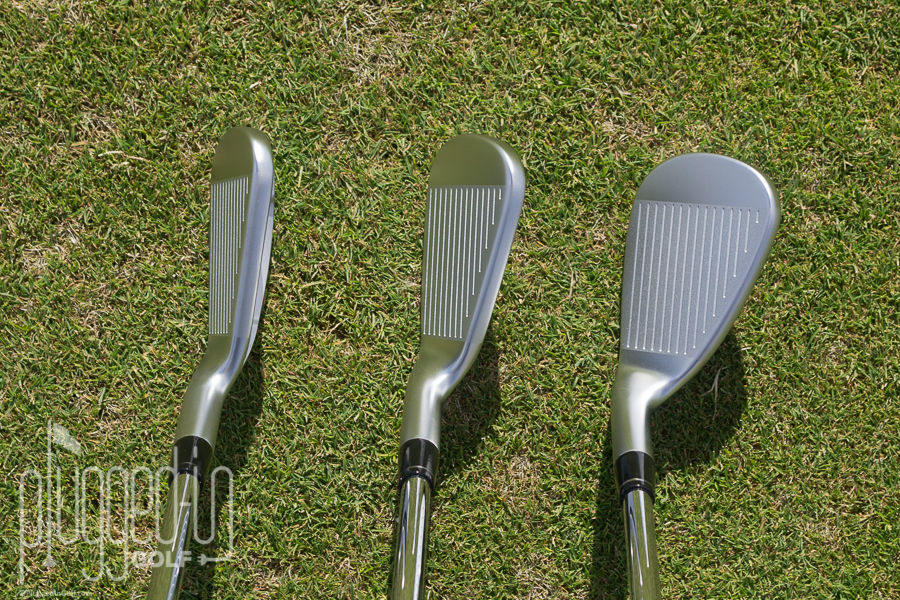 The Callaway Apex CF 16 irons walk the line between players clubs and game improvement irons.  There’s some offset, but not much.  The top lines and soles are small but not razor thin.  These are fairly compact from heel to toe, but the straight leading edge does make them appear a bit longer.  Overall, “I only play real blades” snobs may take exception to the look, but most players from 15 to scratch will be thrilled to have them in the bag.

If you’re looking to compare these to the Apex Pro irons, the Apex CF irons are a bit thicker in the top line and sole, and they have a touch more offset.  Most noticeable is the difference in finish – the Apex CF is brushed chrome, the Apex Pro is a shiny, mirrored chrome.  I actually prefer the brushed finish, largely because I think it will age better. 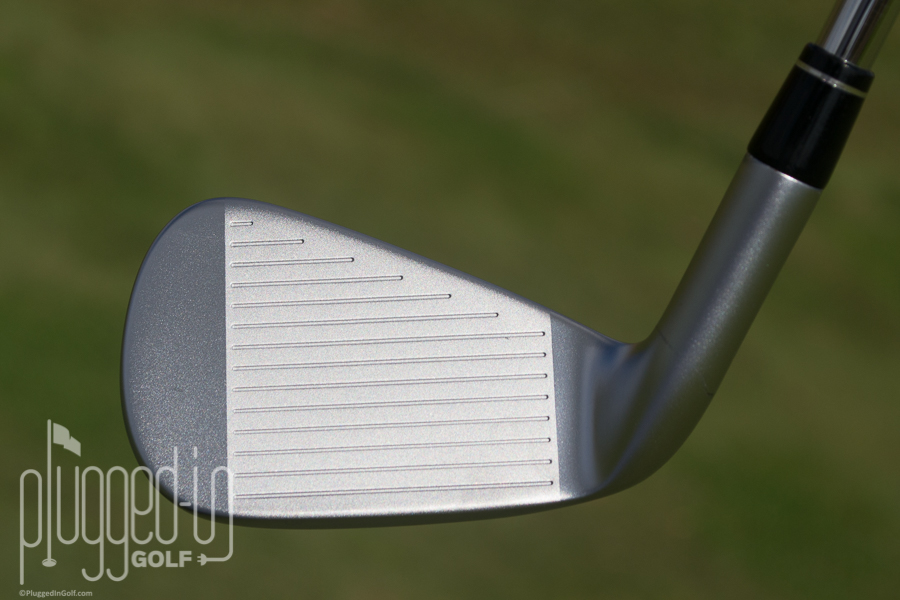 Quiet, crisp, and hot.  The forged face of the Apex CF 16 irons provides plenty of feedback without stinging your hands on those occasional mishits.  Impressively, though there are differences in construction between the long and short irons, the feel and sound are consistent throughout the set. 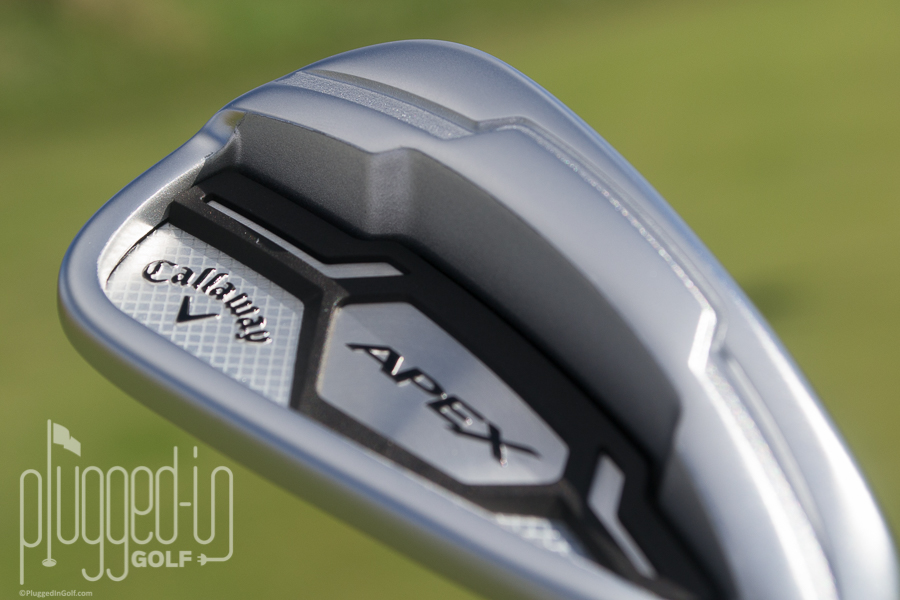 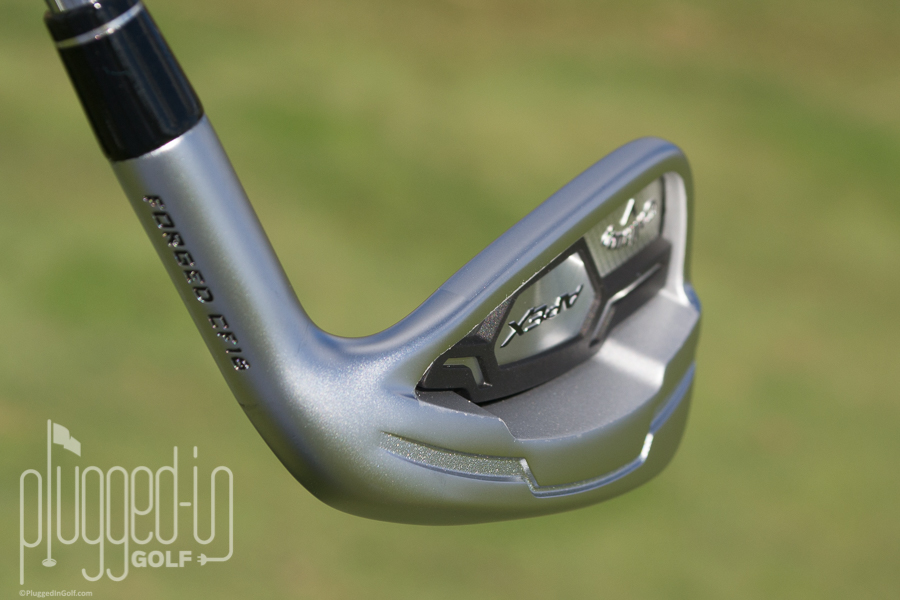 Just as with people, first impressions are important with golf equipment, and the Callaway Apex CF 16 irons made a really strong first impression on me.  My very first swing with the Apex 6I – stiff, cold, right out of the car – went right down the center line, a full club longer than my gamers.  As I warmed up and worked through the set, I found that extra club regularly turning into a club and a half.  There are a few reasons for this distance boost.  First, the lofts are strong.  Second, the long irons use the Cup 360 face technology that Callaway originally put into their fairway woods.  This makes the faces hot even when you miss the center.  Finally, the stock True Temper XP 95 shafts (reviewed HERE) are lighter and have more pop than your average iron shaft.  For those that would prefer a different shaft, Callaway is offering a variety of options at no upcharge, just as they have been doing with their drivers.

Beyond the distance and forgiveness, it’s important to recognize that the Apex CF 16’s are an incognito combo set.  Though the irons all look the same in the bag, the 3-7 are designed differently than the 8-AW because Callaway recognizes that players need different things in their long irons compared to their scoring irons.  This, combined with the progressive offset, sole width, and CG height, means that each iron does exactly what you need it to.  The long irons are easy to hit, forgiving, and high launching.  The scoring clubs produce a more penetrating trajectory and consistent distances. 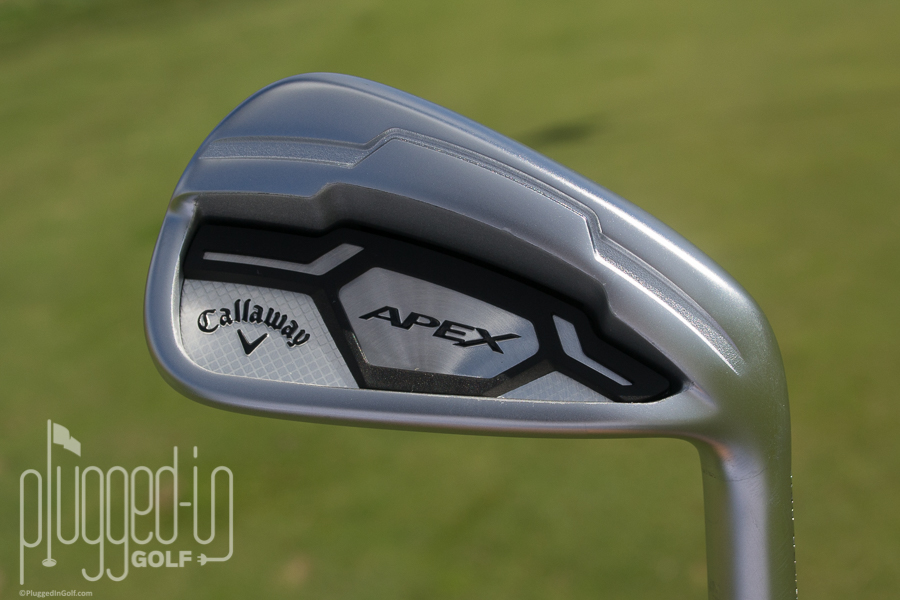 If you’re looking for an iron that combines distance and forgiveness with great looks and feel, the Callaway’s latest lives up to the name.  The Callaway Apex CF 16 irons will be a great choice for the single-digit handicap, the aspiring player, or the scratch player looking for more yardage and forgiveness.