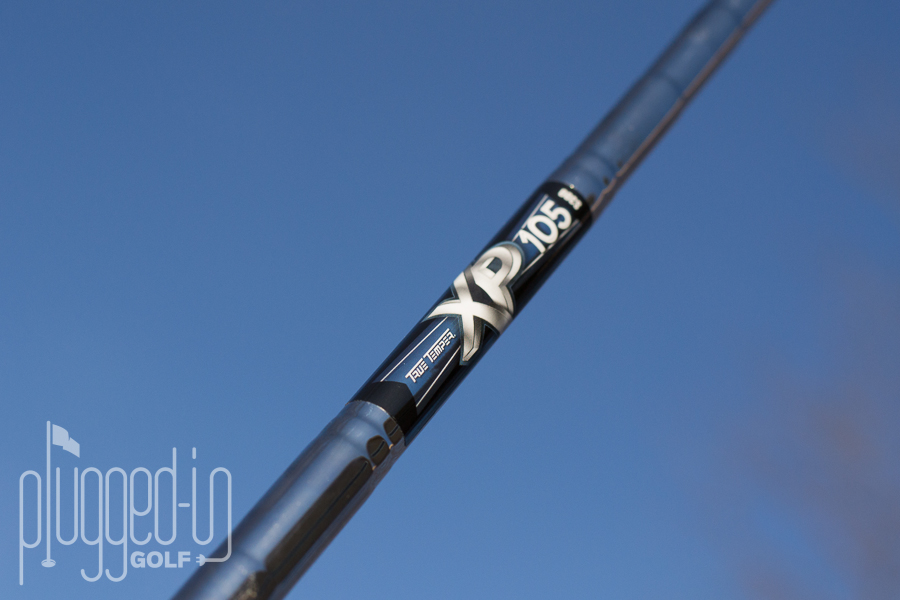 “Ready to hit your irons farther?”

There are rhetorical questions, and then there’s that.  It’s often said that golfers want two things, distance and distance, so if you want to get them excited about something that’s typically unexciting (iron shafts), promising them more distance is probably a smart move.

This is exactly what True Temper has done with their new XP iron shafts.  Available in two models which are separated by 10 grams, XP 95 and XP 105, the XP series promises explosive power and gains of 6-8 yards, according to True Temper’s testing.  Is it time for your iron shafts to shed some weight?  We’ve got the answers. 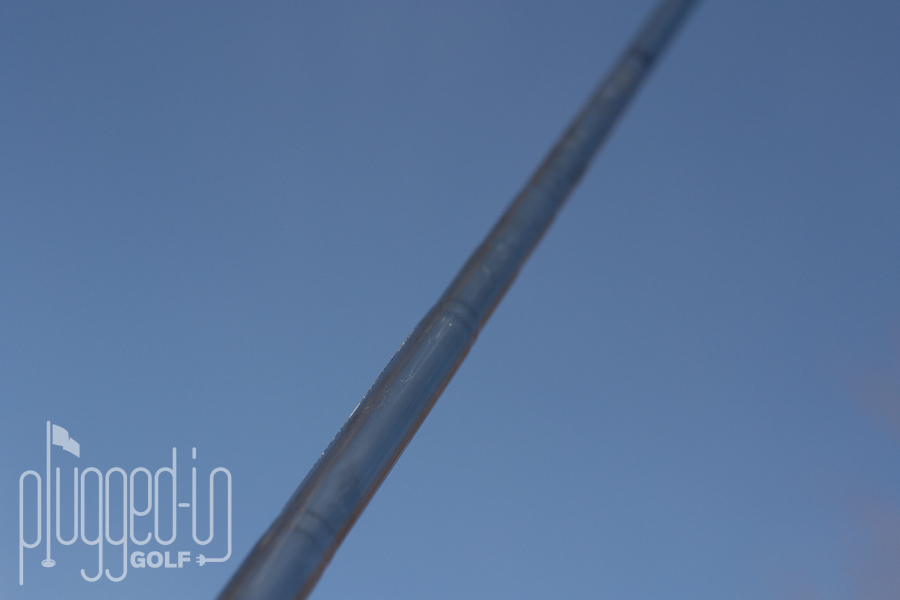 True Temper continues to do a great job delivering really crisp feel with their newer products.  There’s very little sting or vibration on bad shots, and well-struck shots are rewarded with a very sweet, clean feel.

Of course I’d be remiss if I didn’t also touch on the weight.  The difference between the XP 105 (100 grams) and my normal Dynamic Golds (132 grams) is definitely noticeable, but not glaring.  The balance is similar, though the XP 105 is a little lighter in the butt of the club compared to the DG.  Importantly, the XP 105 did not give me the “where’s the club head?” feeling that many lighter weight shafts do.

If I were looking to drop weight, I could switch to the XP 105 with very little adjustment period.  On feel alone, it would be one of my first recommendations to someone looking to switch out of heavy weight iron shafts. 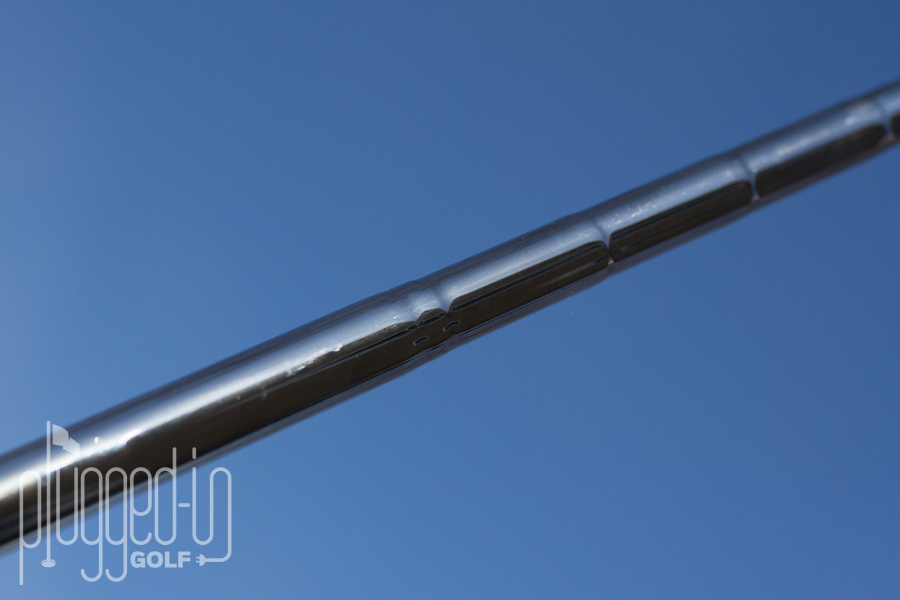 It’s a steel shaft, so there’s not much to say.  The one interesting thing, visually, is that this shaft has the double steps (True Temper calls them “Speed Steps”) that I first saw on the Dynamic Gold DG Pro.  On the XP 105’s, however, the double steps are in the same place on each shaft since it’s not a flighted set. 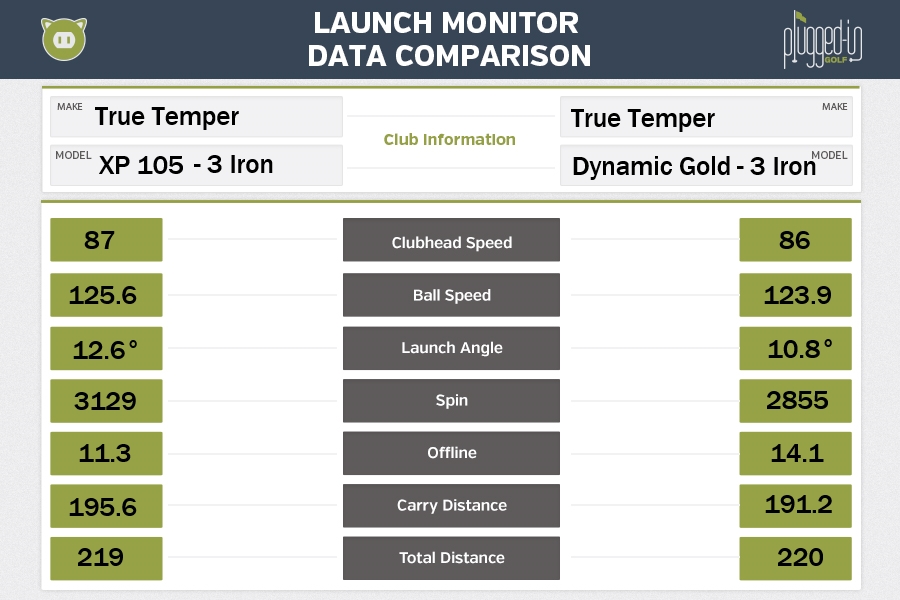 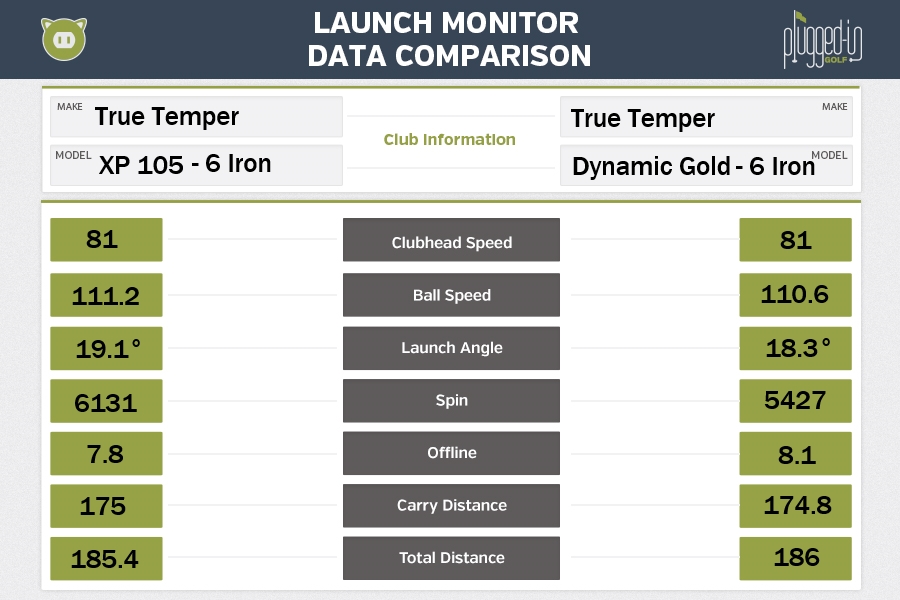 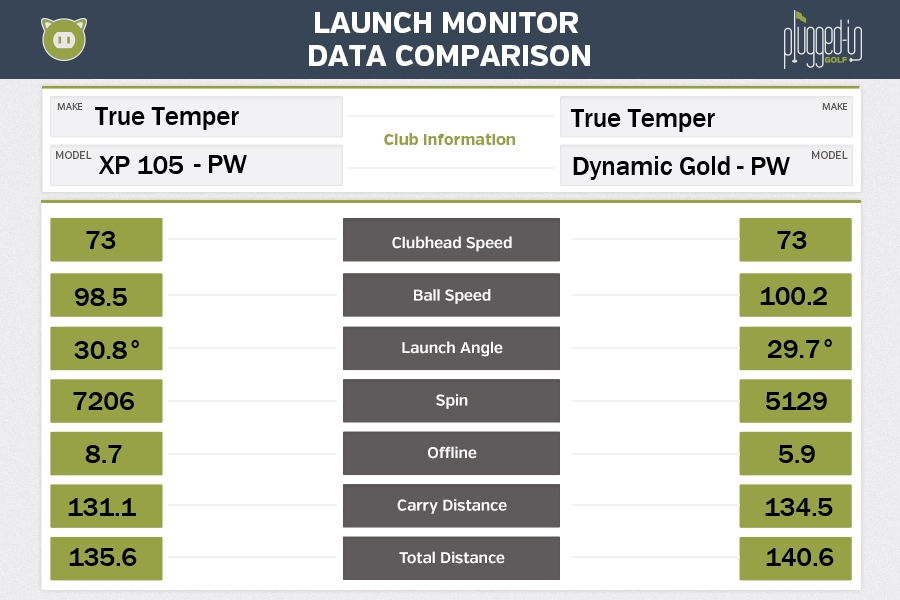 This is the first time that we’re using our data comparison graphic (thanks to Andrew Jesernig and RoboToaster), so I want to let you know a little bit about how we tested these.  We have two sets of the exact same iron heads: one set was built with the XP 105 shafts, the other with True Temper Dynamic Gold Tour Issue shafts (these are my gamers).  Then we put them head-to-head on a launch monitor.  You can look all over the internet, but you won’t find anyone testing iron shafts like this.  We are providing 3 charts with comparisons of the 3 iron, 6 iron, and pitching wedge (top to bottom).

Since these shafts are all about distance, let’s start there.  I did not get into this review expecting to see a distance gain: my irons already go about as far as my pedestrian club head speed will allow.  That said, I was interested to see if I could get a better ball flight with my longer irons.  With both my 3 and 6 irons, I was able to keep or improve my carry distance with a higher, softer-landing ball flight.  That’s a big deal for a low-ball hitter like myself.

In terms of accuracy, the XP 105 really surprised me.  I was expecting to see a marked loss of accuracy simply because I’m so used to my irons, but that was hardly the case.  On the whole, the XP 105 was just as accurate as my gamers.  I attribute a lot of this to the excellent balance: the XP 105 feels very similar to my gamers, just a bit lighter.

Overall, the XP 105 launched all my irons a little higher, spun more, but maintained their accuracy.  While I don’t plan to switch my iron shafts (old habits die hard), I did put an XP 105 into my utility club and found a noticeable benefit in terms of launch, spin, and carry.  The XP 105 made a good, reliable club even better. 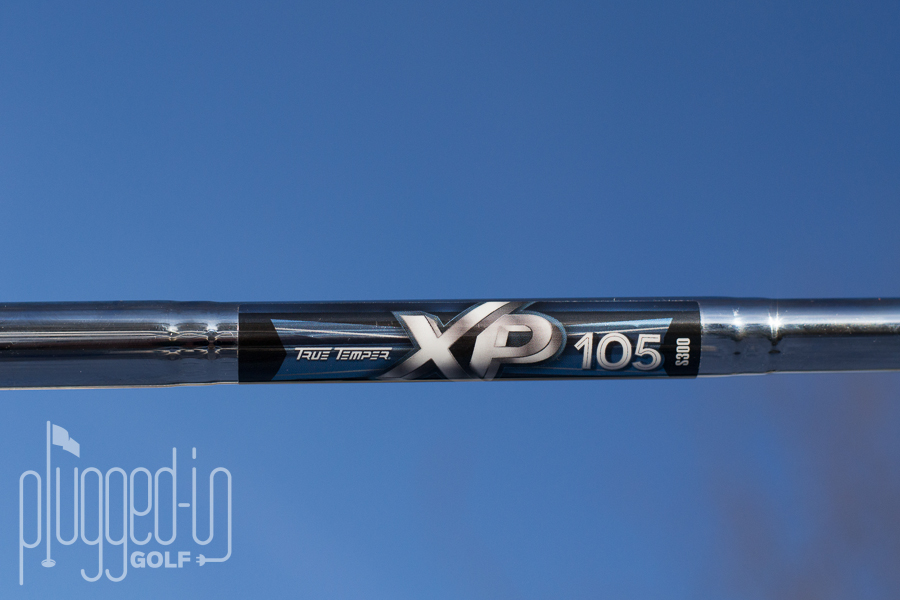 The XP 105 shaft performs just like it promises to: it delivers high ball flight without ballooning and excellent control in a light weight package.  For players looking to gain or maintain club head speed and distance, transitioning to the XP series is a snap because of how well-balanced they are.