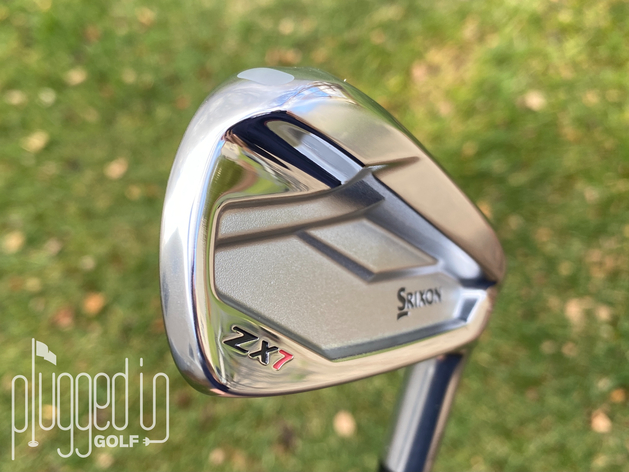 The Srixon ZX7 irons are some of the best players irons on the market.  Surprising amount of forgiveness.  Wonderful turf interaction. Great blend of distance and control. 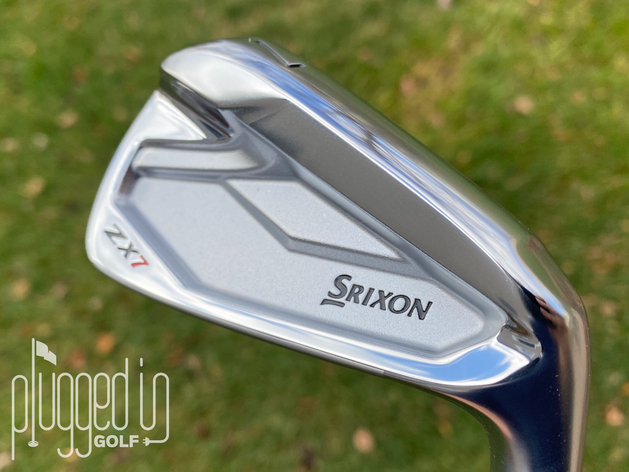 The initial reactions to the official unveiling of the Srixon ZX7 irons were universally positive.  These are beautiful irons.  After the initial glow wore off, however, I was left to wonder if there was going to be anything to be excited about from a performance perspective.  It didn’t take too many swings to find out that this iron is more than just a pretty face. 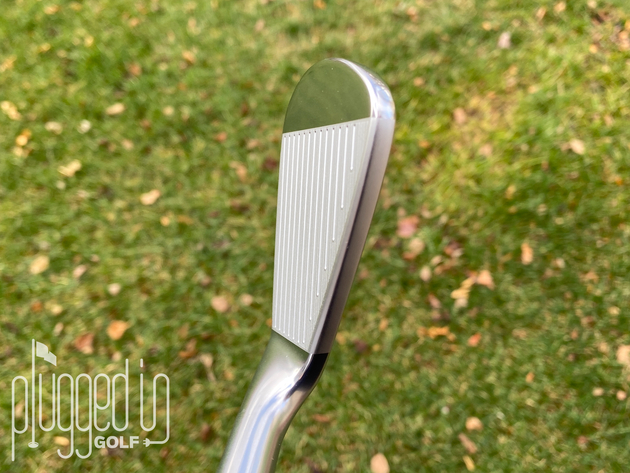 The tsunami of fire emojis came largely as a result of the in the bag look, so let’s start there.  Srixon absolutely nailed this by making the branding small and all black, with the exception of the red “7.”  Minimal branding allowed Srixon to give the cavity a unique, angular look that’s at once familiar and exciting.

From address, the ZX7 delivers just what the better player is looking for.  There is minimal offset and a thin-but-not-scary top line.  What stood out most to me is the compact heel-to-toe blade length.  There’s less face outside of the grooves than normal which enhances the compressed look. 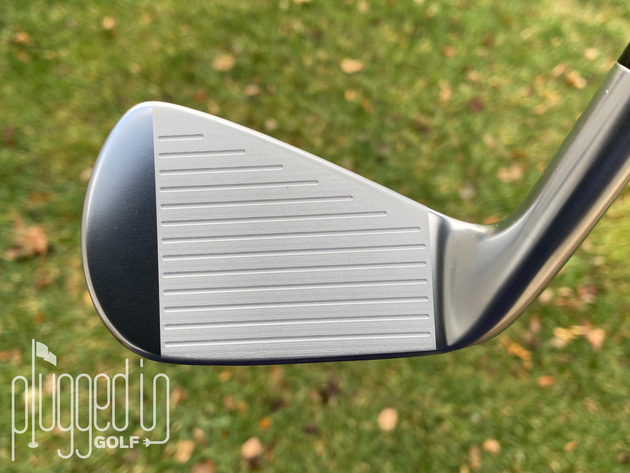 “Smooth” is a word I often use when writing shaft reviews, but rarely does it apply to a club.  The Srixon ZX7 irons are an exception.  Impact – even slightly off-center impact – doesn’t feel like a hit so much as the face accepting the ball and sending it on its way.  This soft feel is enhanced by a very quiet impact sound that doesn’t change much even on mishits.

Feedback from these irons comes almost exclusively through the hands.  The impact sensation firms up when you move off the center, and it’s easy to judge your impact location based on feel. 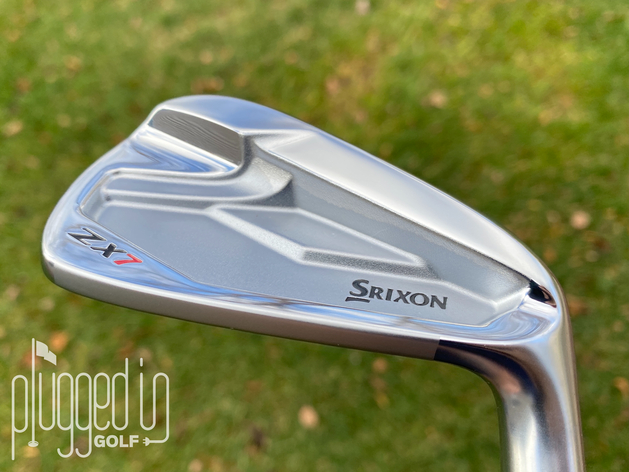 I said this at the top, and I’ll say it again: the Srixon ZX7 irons are some of the best players irons on the market right now.  Let’s dig into why that’s the case, starting with what’s most surprising.

There are some OEMs that put their technology right in your face.  Srixon is more of a “walk softly and carry a big stick” company.  The ZX7 irons have multi-material construction and tungsten in the 3-7 irons for more stability, but you’d never know it…until you mishit one and see if carry within a few yards of your best strike.  The level of forgiveness and consistency in these irons is special.  Thanks to robust ball speeds, launch angles, and spin rates, these irons produce a very tight dispersion.

The other thing that surprised me is the distance.  It’s hard for me to judge definitively right now (I’m just getting healthy again and gaining more speed), but it seems like the ZX7 irons are somewhere between a half club and a full club longer than my gamers.  Given the modern-traditional lofts on these clubs, that’s impressive.  I was especially moved by the 4I, which I dubbed a “flame thrower” in my notes. 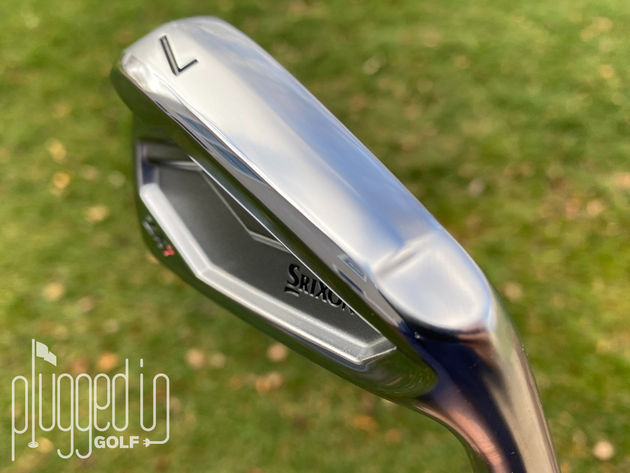 The Tour V.T. Sole of the ZX7 irons deserves special mention, too.  The notches in the heel and toe reduce turf interaction, making the club glide even more smoothly through the ground.  They’re also beneficial in giving more distance to those unfortunate fat shots.  In the middle, the V-sole design works just as advertised, giving you more bounce without making the sole unwieldy.

Finally, the Srixon ZX7 irons are dialed in for appropriate, consistent launch and spin.  On clean strikes, the ball launches on a mid-trajectory with mid-spin.  There’s enough spin to stop and work the ball but not so much that it balloons in the wind.  Similarly, these clubs will forgive a slightly thin strike but are fully capable of flighting the ball down. 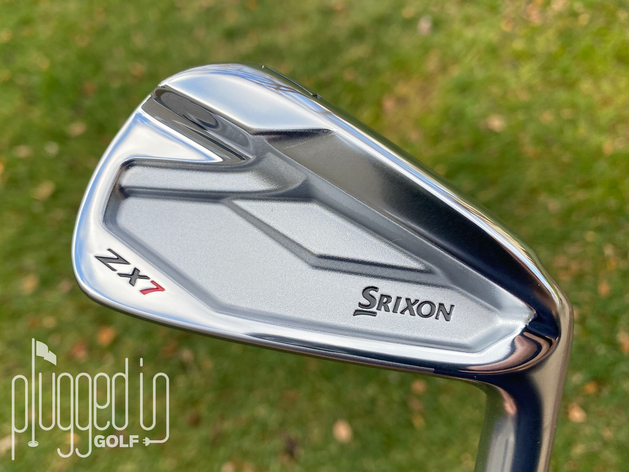 The Srixon ZX7 irons check every box that a players iron should.  They have great looks and feel.  They put the player in control of every shot while providing a high level of forgiveness and consistency.  And as a bonus, they give up nothing in terms of ball speed.  These should be at the top of any good player’s demo list in 2021. 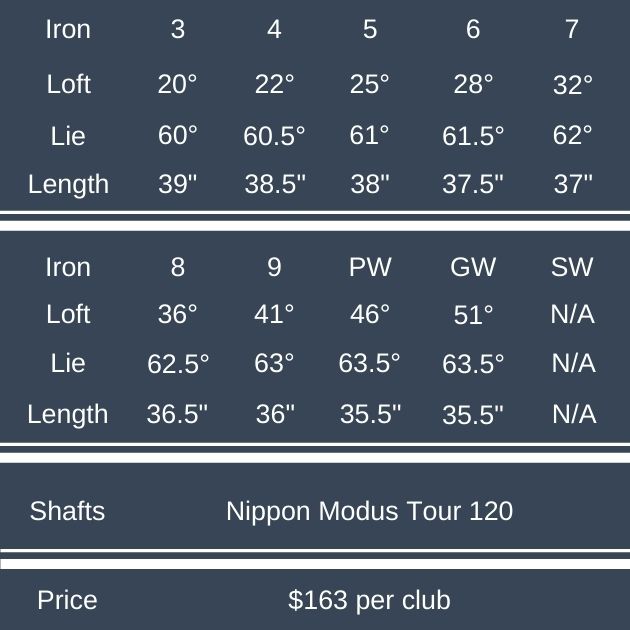