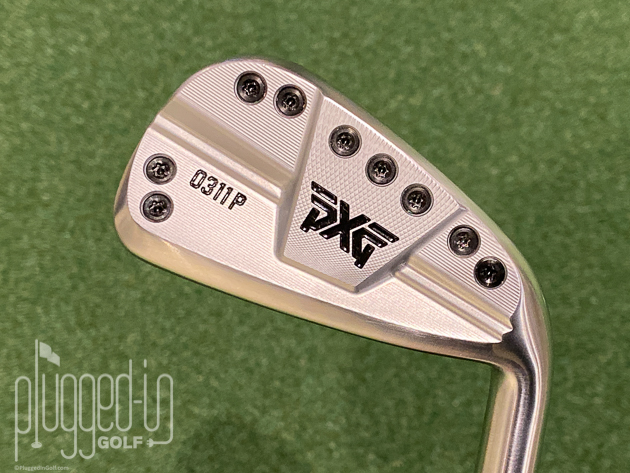 There’s a huge percentage of golfers who want a great looking club but don’t have the time to get their ball striking to an elite level.  Every year, the industry pushes to pack more forgiveness and performance into an attractive package, and the new high water mark in that arena is the PXG 0311 P GEN3 iron.  With its new Impact Reactor Powered by DualCOR Technology, it gives golfers loads of ball speed and forgiveness in a club that with tremendous visual appeal. 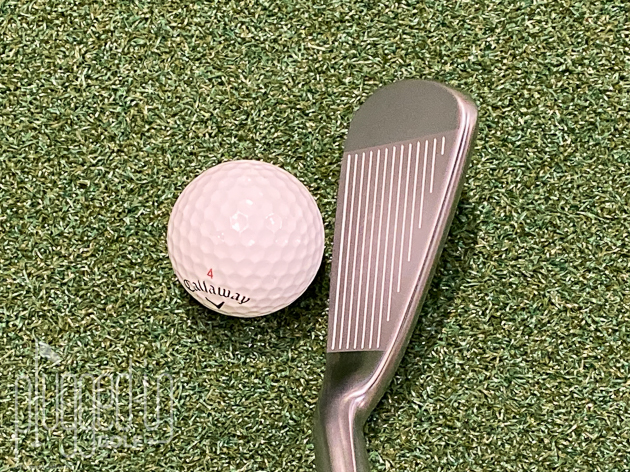 The PXG 0311 P GEN3 irons are the middle child of the GEN3 line, but they resemble the T more than the XP.  In all the key elements – offset, blade length, top line and sole thickness – the P has more game improvement character than the T, but not by a lot.  To my eye, these are still very clearly players irons, but the look won’t scare off a 12 handicap. 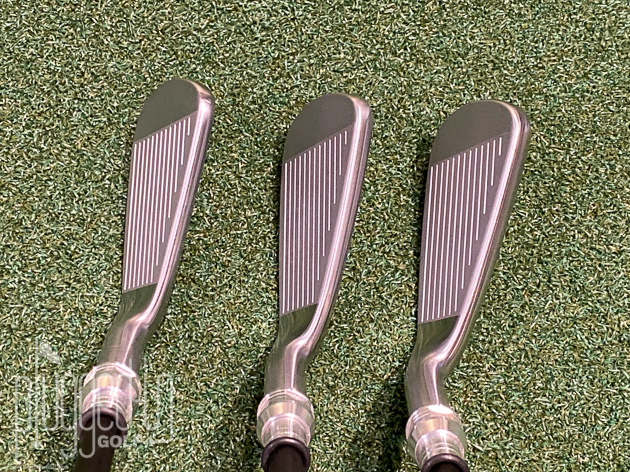 For the GEN3 irons, PXG chose to offer a satin nickel finish.  Even in harsh winter conditions, this finish reduces glare, and PXG promises that it will have a long life.

Finally, in the bag, the 0311 P GEN3 irons have PXG’s signature look with some added player appeal.  The nine weights at the edge of the club immediately signal that it’s a PXG iron.  What’s new is the shape of the back – borrowed from the PXG ST (Super Tour) iron – which gives each iron the shape of a modern blade. 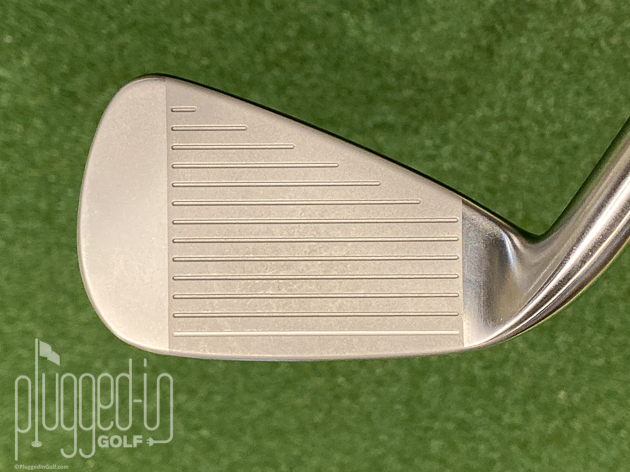 The tech inside the PXG GEN3 irons has a big name – Impact Reactor Powered by DualCOR Technology – but the idea is simple.  Rather than use one material, they use two: one to create a soft feel, one to provide more ball speed.  This gives the PXG 0311 P GEN3 irons a softer feel than Gen2 but with more ball speed.

As I mentioned in my review of the 0311 T (review HERE), I also found that the GEN3 irons have the best feedback of any PXG irons.  Though mishits don’t sting, I was easily able to feel the location of contact on every shot. 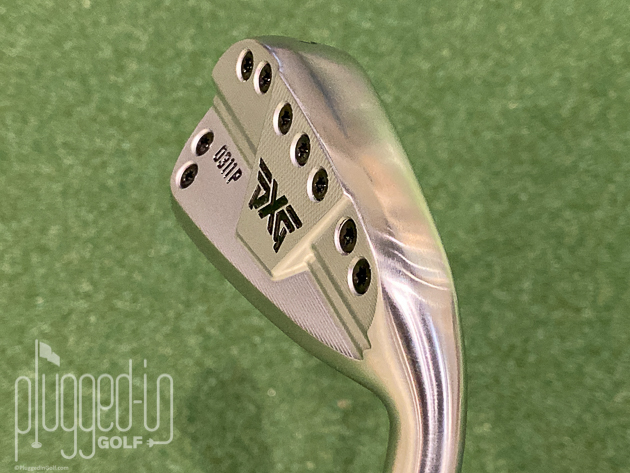 According to PXG’s testing, the 0311 P GEN3 is longer and more forgiving than the T.  Given how similar they look, the differences in performance are impressive: 13% higher MOI, 2 MPH more ball speed, and 5 yards more carry distance.  These improvements are fueled by lofts that are 1 degree stronger throughout the set and a significantly larger Impact Reactor (internal cavity) compared to the T.

My testing of the PXG 0311 P GEN3 irons was an interesting example of the importance of being fit.  While I have no doubt that the P is longer and more forgiving for the majority of golfers, I got my best results from the T.  My fitter, Nick, said that he had similar results because of how he delofts the club at impact.  Additionally, I think my preference for the look of the T gave me more confidence and led to better results.

While the T was slightly better for me, my results with the 0311 P GEN3 still place it among the elite irons in golf.  My 7I was carrying about 10 yards further than my gamer but still landing at a very steep, playable angle.  The importance of this can’t be overstated.  PXG’s new irons get their added distance from more ball speed, not lower spin.  This means that your shots will still hold the green, which, of course, is the point. 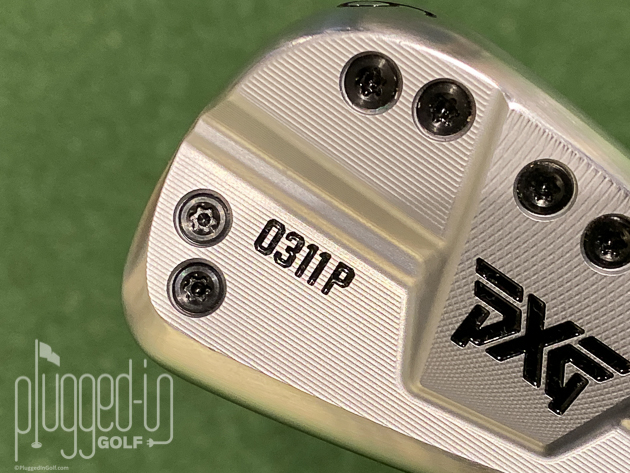 PXG states that they don’t release new clubs unless the new one is superior to the old one.  That’s definitively the case with their GEN3 irons.  Thanks to unparalleled technology inside each iron, these clubs create huge ball speed and offer plenty of forgiveness.  While the price is undeniably high, you’re paying for performance that is unlike anything else currently on the market. 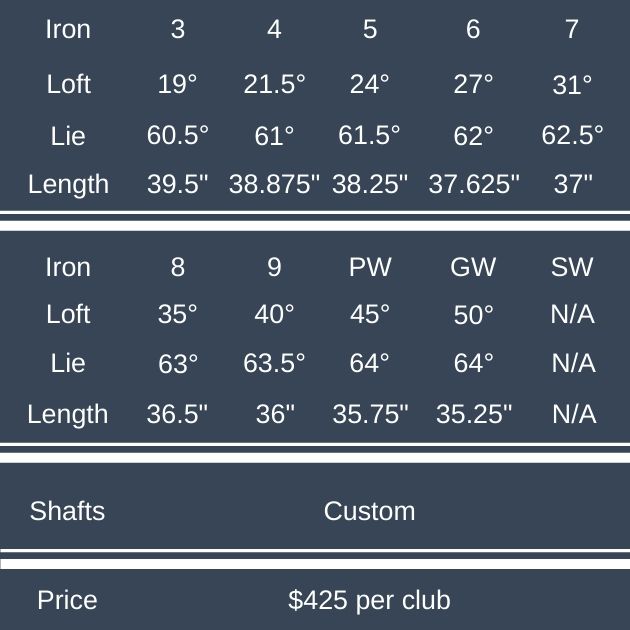