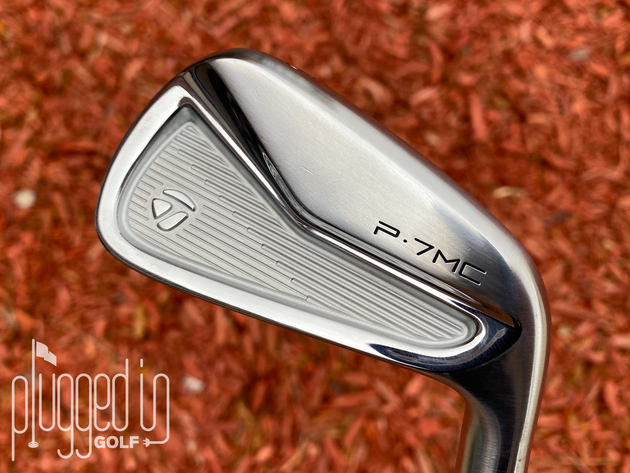 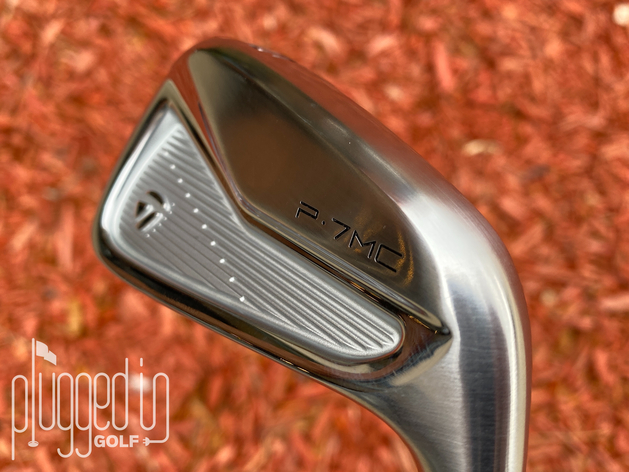 While the P770 irons [review HERE] are unquestionably the showstopper from this fall’s TaylorMade iron release, the P7MC are equally impressive for the skilled player.  These classic looking irons have sneaky good forgiveness and some of the best feel in a TaylorMade iron that I can recall. 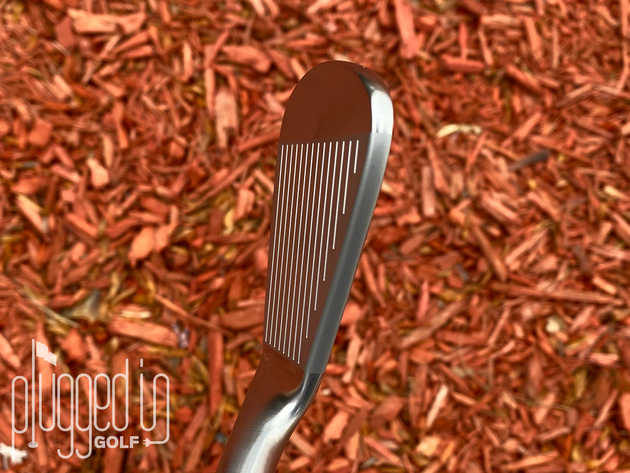 At address, the TaylorMade P7MC is a good looking players iron.  The blade length is compact, and the modest offset is well-shaped.  If you need a razor thin top line, the P7MC may not be for you, but I think most players will find the top line of this iron visually pleasing.

In the bag, the P7MC mixes classic and modern elements with aplomb.  The font of the branding looks high tech, but that’s offset by a shape that’s traditional.  Within the cavity, the grooves vary in depth and width to add subtle visual interest. 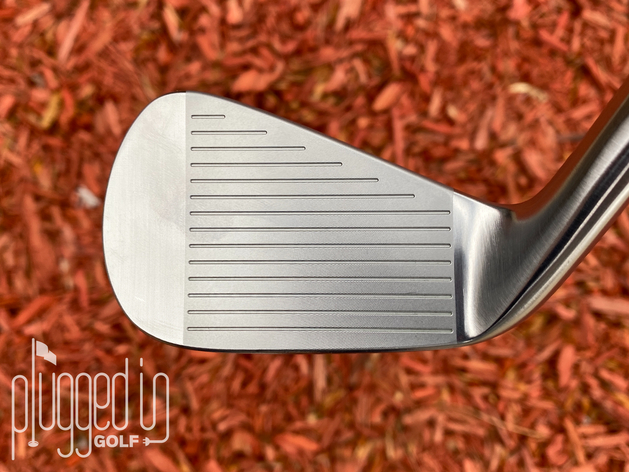 With so much focus on technology and distance, most TaylorMade irons in the last few seasons have felt fast but not satisfying in the traditional way.  The P7MC irons are a stark contrast.  Striking a ball on the center of the face rewards the golfer with a wonderfully soft feel.  While TaylorMade’s talk of “organic steel” is a little odd, there’s no denying the pleasure of hitting a pure shot with these clubs. 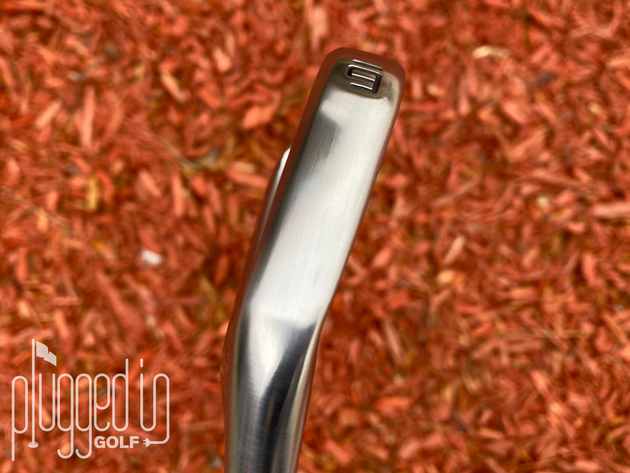 The TaylorMade P7MC irons are a great choice for anyone from the plus handicap to the single digit player looking to improve.  What make these irons more accessible are slightly wider soles and the perimeter weighting.

To be very clear, the soles of the P7MC are not wide compared to most irons.  However, relative to their peers, they are not thin.  There are two benefits to this.  First, they should provide a little more forgiveness in soft turf because they won’t be as eager to dig.  More importantly, a bigger sole lowers the CG which helps thin shots perform better. 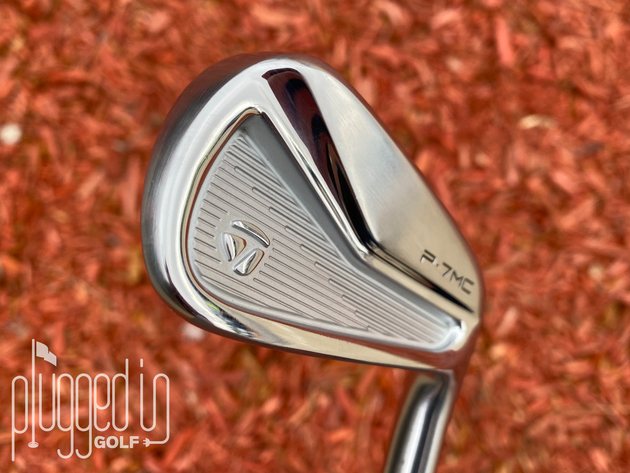 The other key element is the perimeter weighting.  There is nothing high tech here – TaylorMade’s own notes focus on shaping and forging, not on buzzword-y features.  That said, traditional perimeter weighting is still an effective way of retaining ball speed and accuracy on mishits.  If you want the absolute most forgiveness you can get in a players iron, there are better choices, but I was impressed at how consistent the P7MC was for a traditional iron.

Finally, thanks to modern-traditional lofts, the P7MC creates plenty of height and spin for the shot shapers out there.  These irons still pack plenty of distance and a fairly strong ball flight, but low ball hitters like myself won’t have to worry about their approaches running through greens. 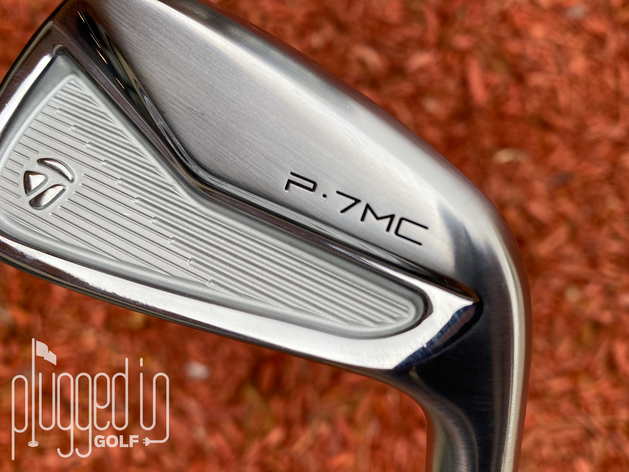 Whether your game is Tour-ready or you simply prefer the look, feel, and performance of a traditional iron, the TaylorMade P7MC is worthy of consideration.  To me, this is one of TaylorMade’s best players irons in several seasons thanks to the excellent feel. 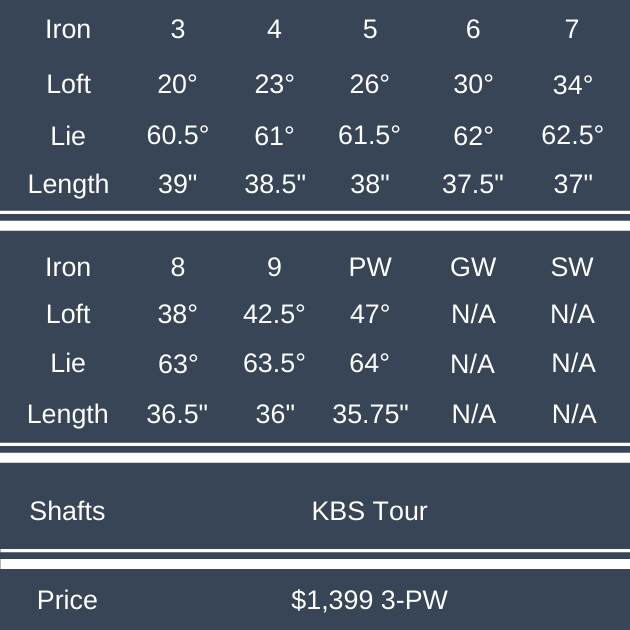