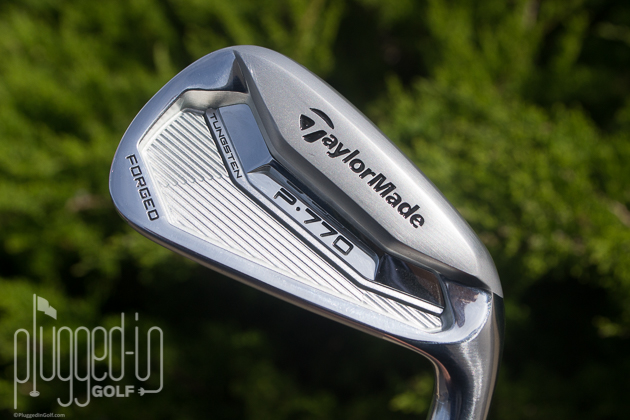 The TaylorMade P770 irons are a modern player’s iron with increased forgiveness and playability. 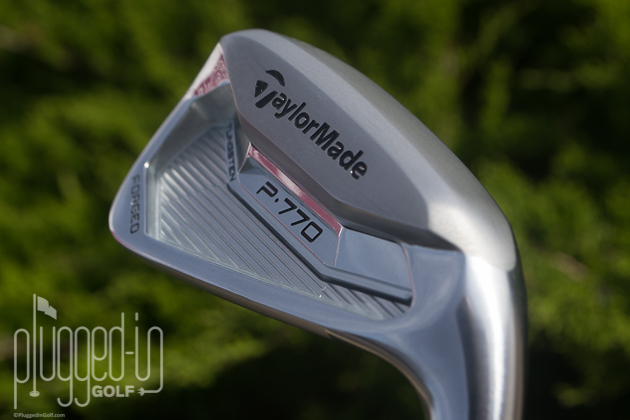 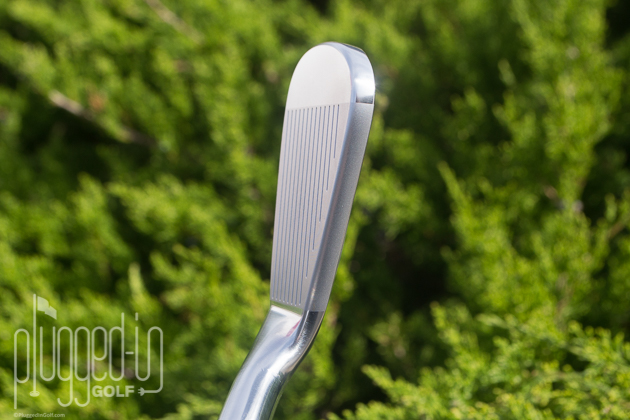 At first glance, the TaylorMade P770 irons don’t look all that different from the P75o irons.  The P770 has the same black and silver finishing with mechanical lines.  Its identity is only given away by the P770 badge.  Where the P770 starts showing slight differences is in the slightly thicker top line and sole.  The head is still fairly compact with and sits nicely at address. 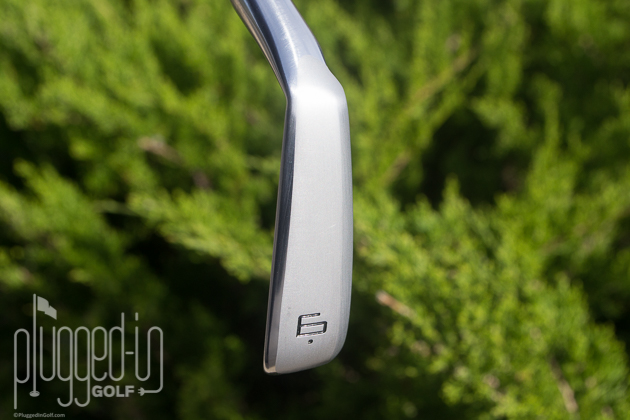 The sound and feel of the TaylorMade P770 are still on the player’s end of the spectrum.  In comparison to the P750, the sound has a muted “pop” to it but less “click.”  The slightly thicker sole gives you a slightly more “thump” feel as opposed to the crisp feeling from a thinner sole.  Mishits have a little more forgiveness in your hands but don’t completely remove sting from the equation.  Finding the center of the face consistently was easy which led to soft and responsive strikes.

TaylorMade implemented a 70 gram tungsten bar in the 3-7 irons of the P770.  This helps to raise the MOI and lower the CG making it easy to launch the ball higher.  These characteristics contribute a lot to the feel, and it also makes the P770 a more playable club.

When paired with the right shaft, I found the P770 to be easy to control, and the longer irons were a lot less challenging to elevate.  I would go so far as to say, the P770 long irons are some of the easiest to play in the player’s category.  The short irons are a single-piece forged cavity back that is also easy to control in scoring situations. 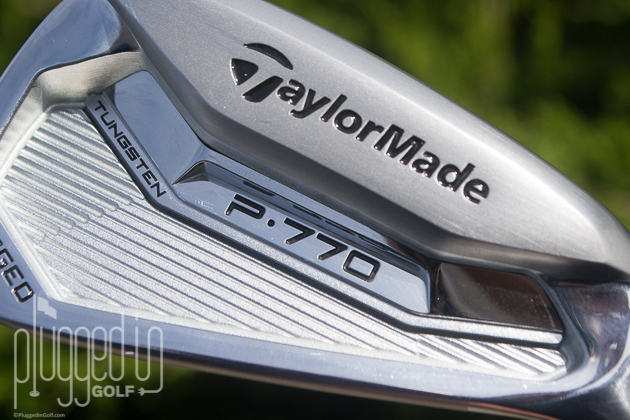 Finding that sweet spot of forgiveness and playability is where TaylorMade really succeeded with the P770 irons.  The P770 won’t save the average ball striker, but better iron players will see a real benefit.  I found the P770 easy to hit, they felt great, and looked good behind the ball. 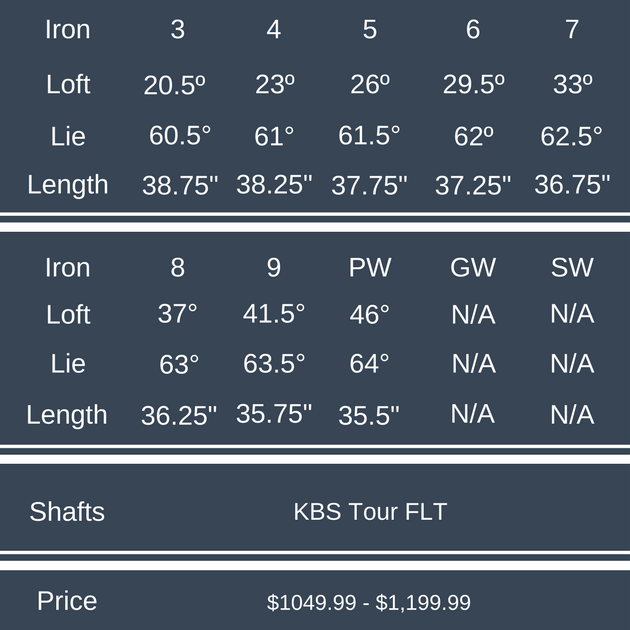