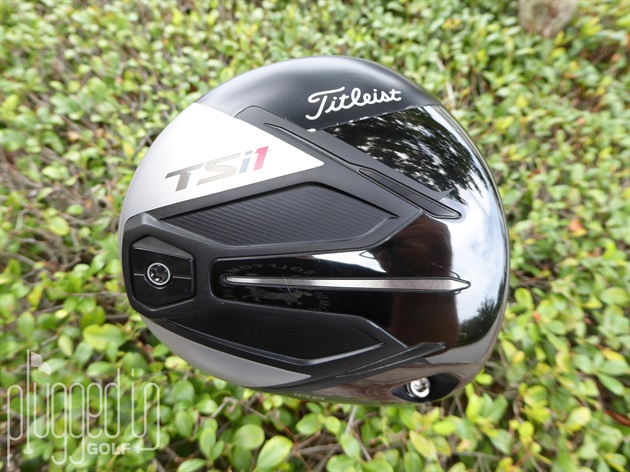 Designed for golfers with moderate swing speed, the lightweight Titleist TSi1 driver is incredibly consistent – a great balance of distance and accuracy off the tee.  Appealing looks and sound. 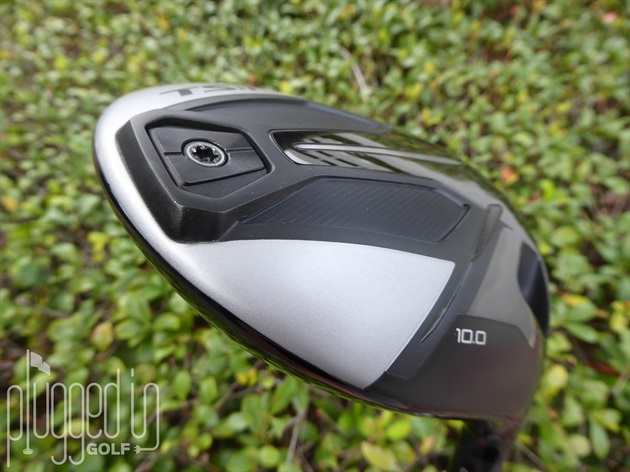 There’s no universal definition for ‘moderate’ when it comes to swing speed, but Titleist categorizes it as less than 90 mph.  And while the majority of golfers don’t fit that criteria, it’s a significant number – around 30% according to Titleist’s assessment.  Having embraced that segment with the TS1 driver two years ago [full review HERE], Titleist engineers have continued to develop designs to maximize performance of not only the new TSi1 driver reviewed here, but of the entire family of metals. 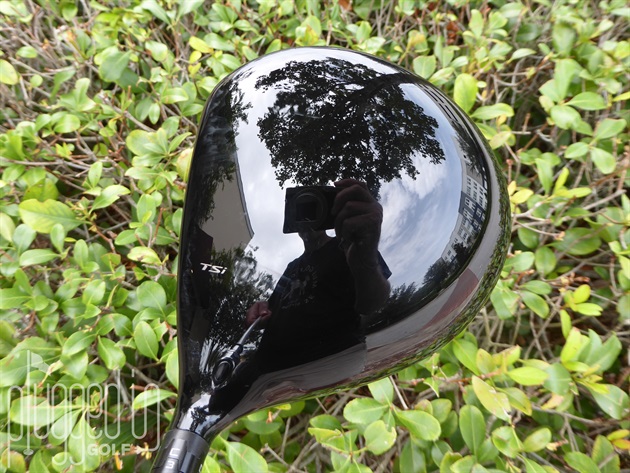 The TSi1 driver shares a lot of family resemblance with the other TSi drivers, but it clearly has its own identity.  At address, the roundness of the TSi1 crown looks like a larger version of the TSi3 [full review HERE].  Like its siblings, the TSi1’s gloss black crown’s only accent is a simple “TSi” that serves as the sweet spot alignment aid.

Face on, the TSi1 has a unique and intriguing look with the stretched diamonds on the heel and toe sections providing the framework for a large and inviting contact zone.  The etched “ATI” low on the toe is like a mysterious code until you learn its secret – which I’ll reveal in the Performance section.

If it wasn’t for the obvious red “1”, I could have easily mistaken the head for the TSi2 [full review HERE] based on the sole.  The well blended mix of colors and finishes gives the sole of the TSi1 driver a clean, contemporary look that is very appealing. 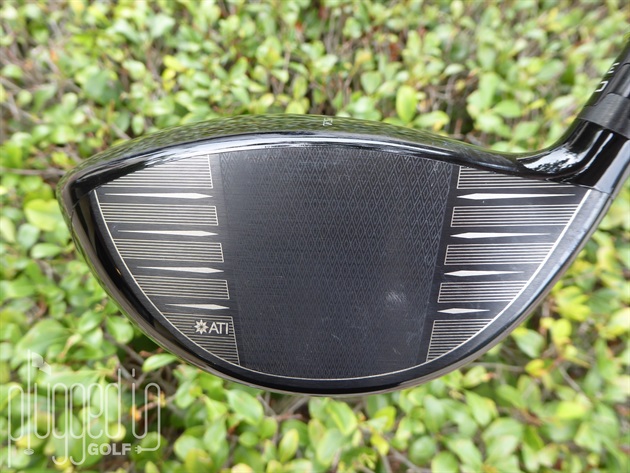 It could be that I’ve become more accustomed to the sound of TSi drivers, but the TSi1 didn’t seem as loud as the TSi2 I previously tested.  The sound was familiar, with a baritone metallic pop that sounded throaty and powerful.  The sound was consistent with contact anywhere in the middle section of the face while a tad duller on the toe or heel sections.

Feedback in my hands matched up to the sound distribution.  Despite my ever present swing variations, I can normally find the general center of the face, and the TSi1 made me feel that every decent strike was pure.  And when my contact was off, I was impressed with how stable the club head felt. 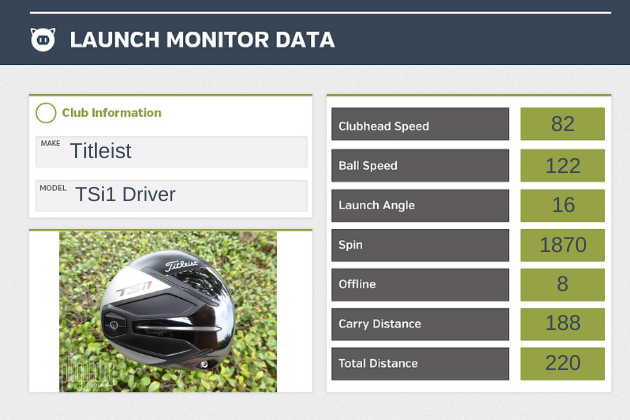 The main design aspect that aligns the TSi1 driver to moderate swing speed golfers is the club weight, which is around “40g lighter than standard drivers” according to Titleist.  Besides incorporating an ultra-thin titanium crown and other weight saving designs in the club head, Titleist also made the Aldila Ascent Ultralight the sole featured shaft.  Titleist has other top shelf shaft options, many at no additional cost, but the Ascent UL was singled out because it provides golfers a lightweight shaft purposely designed to produce a high launch with stable feel.

I loved that the TSi1 driver felt balanced throughout the swing, as it seemed to encourage me to hit through the ball instead of at it.  I achieved good launch angles, but did find the spin a bit on the low side for optimum carry.  The spin, and really all the performance data, was incredibly consistent.  If you’re familiar with launch monitor groupings, and we hope you are, my carry points formed such a flat oval that it could have been better depicted as a wide line.

The length of that line, which equates to dispersion, was also reasonable – adding to the conclusion that the Titleist TSi1 driver is very forgiving.  I did note a slight left of center bias which, as I learned researching the design of the TSi1 driver, was intentional.  While many draw bias clubs incorporate offset, Titleist engineers focused on the positioning of the center of gravity, which makes the club a compelling option for a wider group of golfers when you add in the SureFit Hosel which features 16 loft and lie settings. 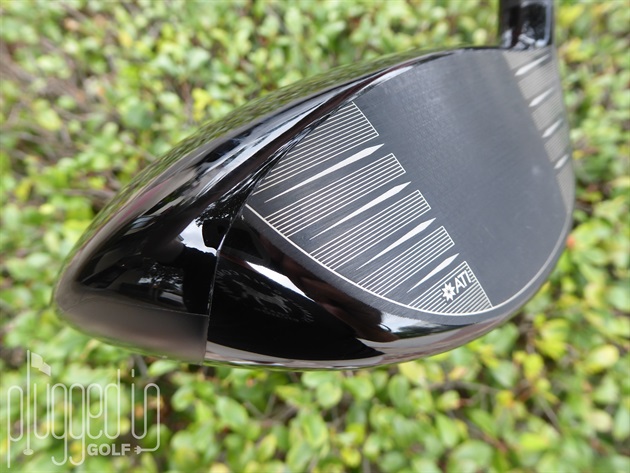 As for the mysterious “ATI” on the face – it’s actually the name of the specialized foundry in Pittsburg, PA that produces the 425 titanium metal used for the face.  The unique alloy, mainly utilized in for military and aerospace applications, gave Titleist engineers the ability to boost ball speed via material science.  Not exactly secret sauce, but a great example of Titleist’s seemingly limitless pursuit of speed. 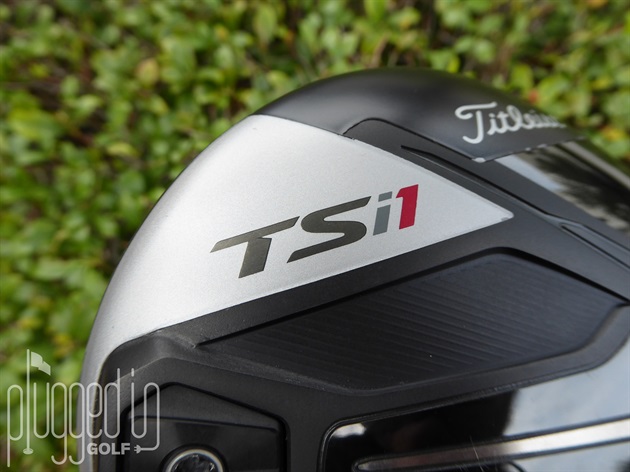 The visual appeal and satisfying sound of the Titleist TSi1 driver were indicative of the TSi family.  Left or right from the alignment mark, up or down on the face, the Titleist TSi1 driver delivered consistent ball speed and spin for fairway-finding accuracy.  Although the performance focus of the TSi1 is intended for moderate swing speed golfers, don’t dismiss it if you swing faster – many of the design features may align with your swing and needs.  The beauty of the TSi family is that a certified Titleist fitter has four heads, a plethora of shafts and the SureFit Hosel to unlock the best TSi driver for you. 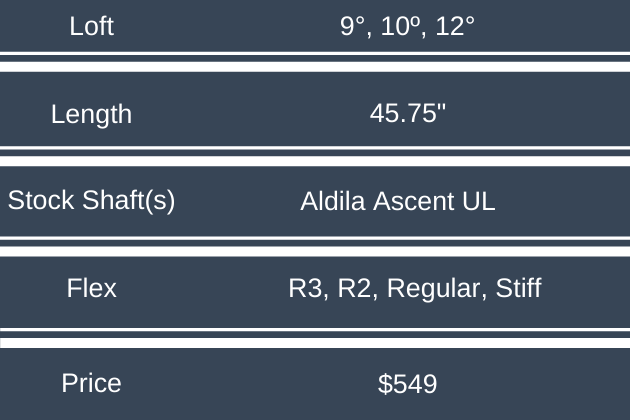