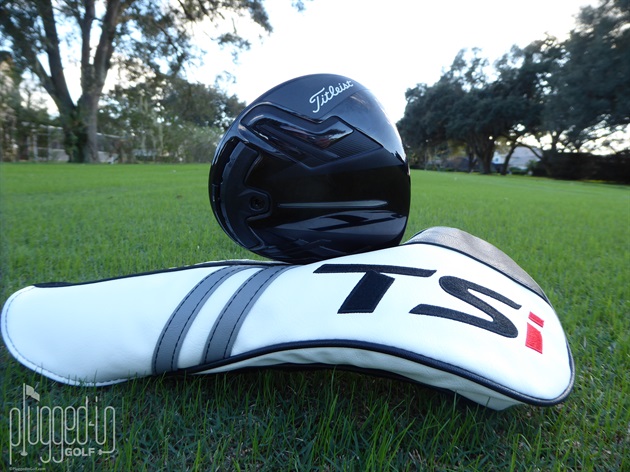 The Titleist TSi3 driver is a gorgeous club that players are going to fall in love with.  Powerful impact sound.  Forgiveness is good but not elite, so this driver is best left to lower handicap players. 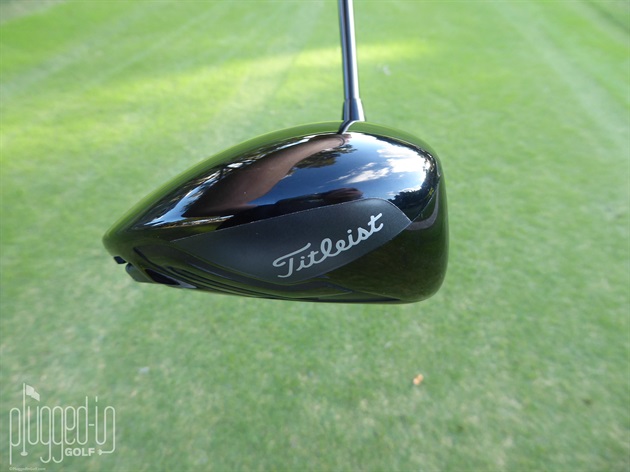 Titleist makes arguably the most desirable drivers in golf.  Their “players” driver almost always has a beautiful shape, clean looks, and a wonderful impact sound.  That’s certainly the case with the new TSi3 driver, but can a weekend golfer wield it successfully?  I tested one to find out. 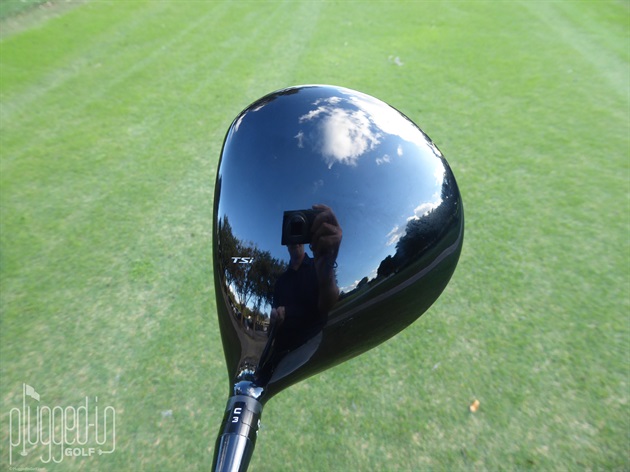 The TSi3 driver shows just how fine the line is between totally bland and “Holy ****, that’s the best looking driver I’ve ever seen.”  I’m talking specifically about the sole, which has almost no color and virtually no branding – the “Titleist” and “TSi3” are pushed to the far edges.  Yet somehow the geometric design and slight changes in height and texture make it look fast and futuristic.  Of course we shouldn’t buy drivers based on the way the sole looks, but, if we did, I’d buy this one. 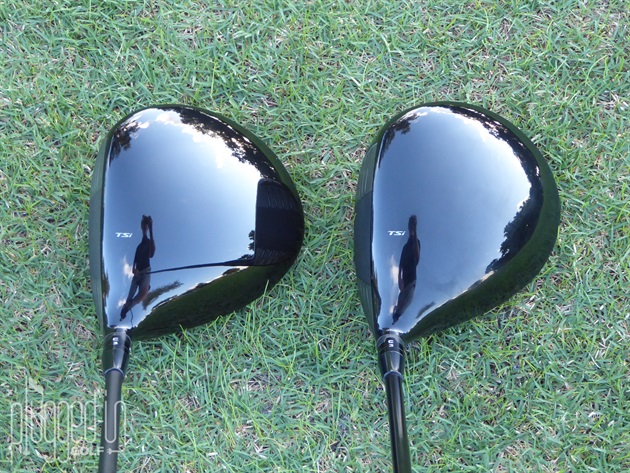 With the exception of the “TSi” alignment mark, this driver looks equally good at address.  The shape and size are as traditional as you’re going to find in a major release.  It has a deep face which looks powerful behind the ball.

Side by side, there’s a pretty dramatic difference between the TSi2 and the TSi3 (right).  The TSi3 is much shorter from front to back.  Additionally, it’s symmetrical, maybe even slightly pear shaped, whereas the TSi2 skews toward the heel. 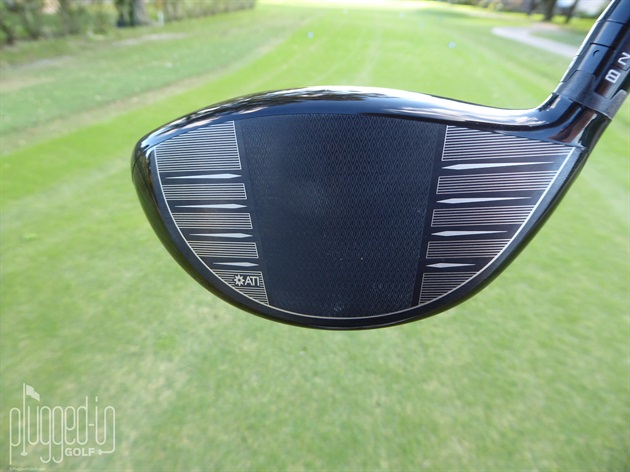 The TSi3 driver sweeps the subjective categories by pairing its beautiful looks with a killer impact sound.  My favorite word to describe this club is “powerful.”  On center, impact is slightly louder than average with a booming mid-bass timbre.

Through the hands, contact feels solid and, again, powerful.  Based on the feel alone, you wouldn’t be surprised to find the ball smashed into an oblong shape.  The feel of this club is also excellent at letting you know exactly where the ball met the face. 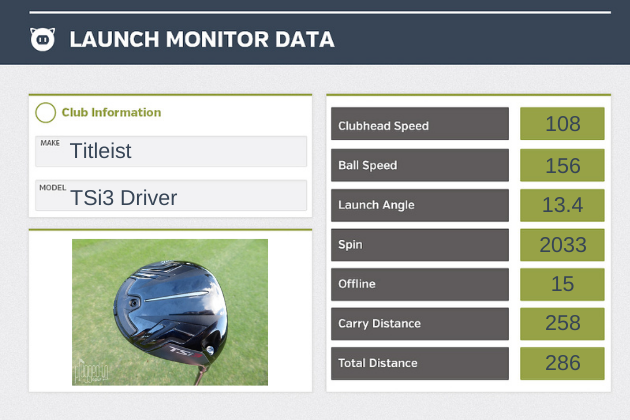 The big question I had for the TSi3 driver is, “Can a mid or high handicap player game this club?”  Titleist tips us off to the answer in their product description, stating that this is a club for “players who create more consistent contact.”  While the forgiveness of the TSi3 driver is impressive relative to its size and shape, golfers who don’t regularly find the middle of the face and fairway should opt for the TSi2 [review HERE].

Through both materials (ATI 425 Aerospace Titanium) and weighting, Titleist has made the TSi3 driver impressive at maintaining ball speed, launch angle, and spin rates.  As I worked into my testing sessions, I was pleasantly surprised at how much distance I was getting from mishits.  While it’s not going to forgive poor swings as well as the biggest, most forgiving drivers, the TSi3 is very stout for a players driver. 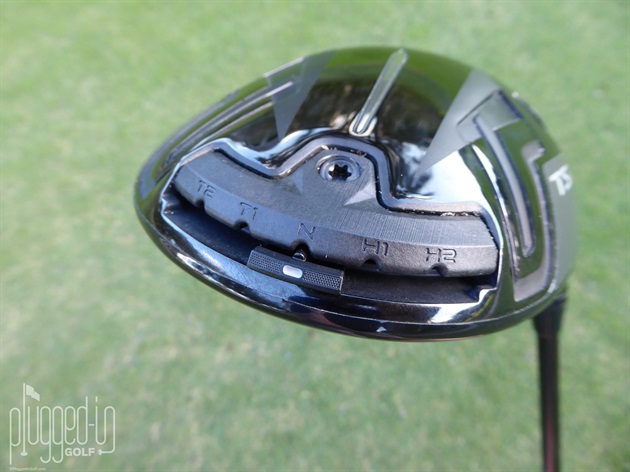 While Titleist has been committed to their SureFit hosel for numerous generations, they’ve shown that they’re not afraid to change weighting systems, and the TSi3 brings yet another new version of adjustability.  The SureFit CG track at the back of the head has five positions: neutral and two each toward the toe and heel.  It’s a very slick, stealthy system, but the downside is that the weight doesn’t move very far.  This means that, unless you’re a very consistent ball striker, you probably won’t see a big change in your ball flight.  If you need adjustable weighting to keep your banana slice on the planet, this isn’t for you.  If you want to turn a baby fade into a straight shot, you’ll be very pleased.

In addition to the SureFit hosel and SureFit CG, Titleist has also given club fitters a great range of stock shafts to use when dialing in their players.  In addition to the Project X HZRDUS Smoke Black RDX, there are three offerings from Mitsubishi: Kuro Kage Black, TENSEI AV Raw Blue and TENSEI AV Raw White.  This covers weights from the high 40s to the high 70s and mixes stout and active bend profiles.  For players who struggle with a slice, both the Kuro Kage and TENSEI Blue have MCA’s Straight Flight Weighting technology.  I tested the TSi3 with the TENSEI AV Raw White [review HERE]. 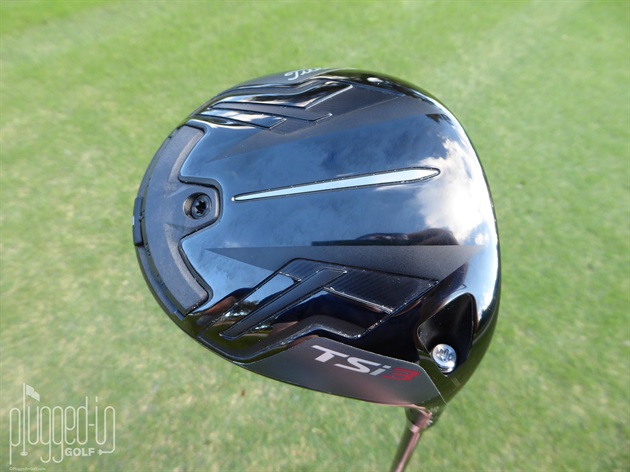 Looking at and hitting the Titleist TSi3 driver is a joy – few drivers look and sound this good.  And for the skilled player, the results they get from this club will be equally thrilling.  However, for the golfer that needs more forgiveness, the TSi2 will deliver more consistent performance. 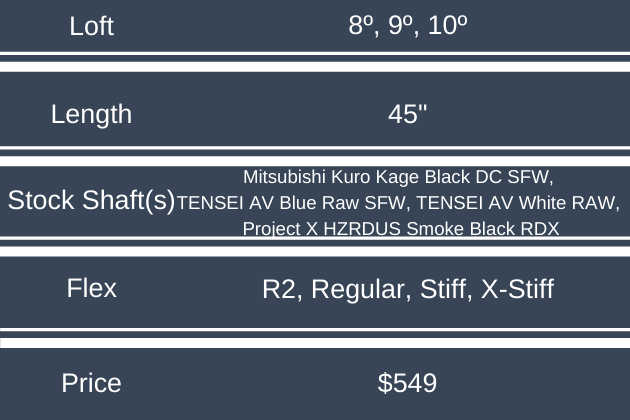