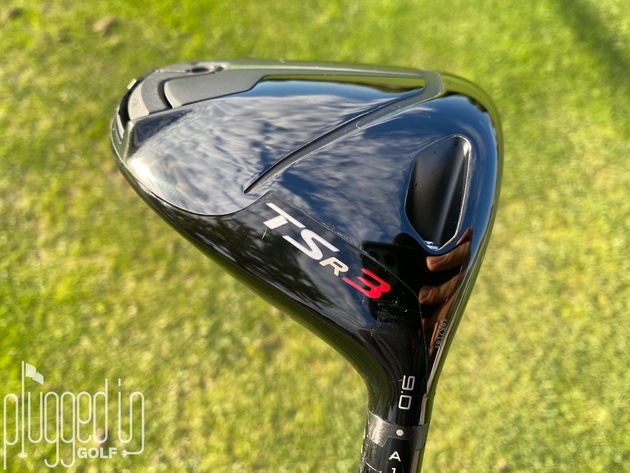 The Titleist TSR3 driver is a dream for the high level player.  More aerodynamic with great speed on center.  Large range of adjustability with the SureFit Hosel and Adjustable CG.  Best for players who consistently hit the center of the face. 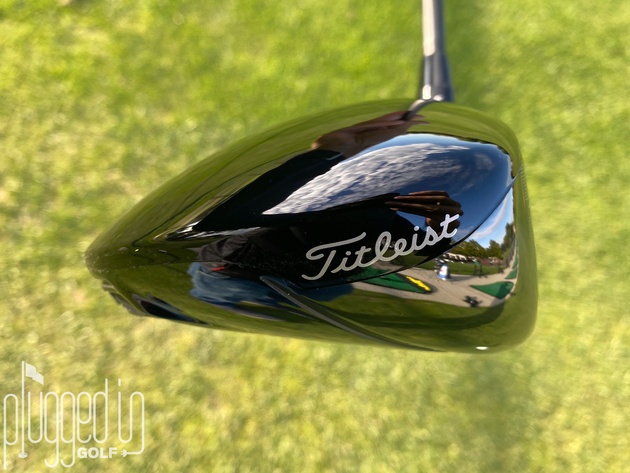 If you’re looking to put together your PGA Tour dream bag, the Titleist TSR3 driver is the place to start.  This is the most-played driver from the most-played brand on Tour.  Since its launch, it’s already racked up a major win and numerous PGA Tour victories.  Why is it so popular among the game’s best?  I tested one to find out. 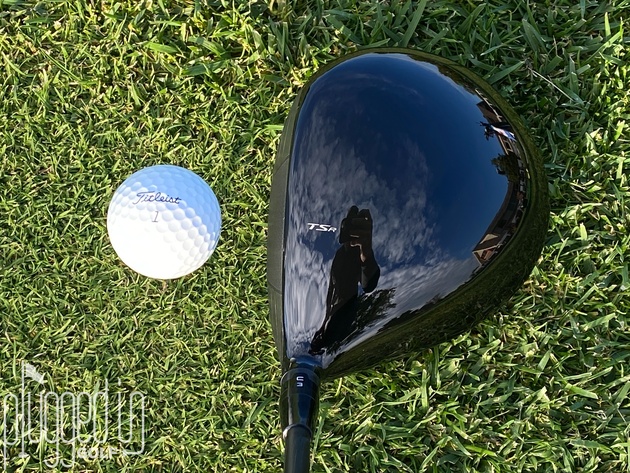 In the bag, the TSR3 driver doesn’t look radically different than the TSR2 driver [review HERE].  Both have an all-black sole with an arrow of silver down the center.  Additionally, both drivers push all their branding to the edge of the heel and toe for a very sleek appearance.  However, if you look closely at the rear of the TSR3, you’ll see the SureFit weighting system which I’ll discuss later. 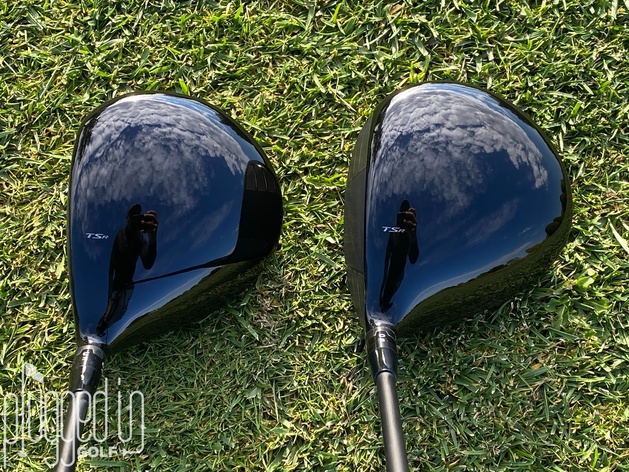 At address, the TSR3 (above, left) is noticeably more compact and traditional than the TSR2.  The biggest difference is that the TSR2 is much longer from front-to-back than the TSR3.  This change gives the TSR3 a shape that sits right on the border of pear shaped and round/symmetrical.  Putting both drivers behind a teed golf ball, you can see that the TSR3’s face shorter heel-to-toe than TSR2.  This makes the 3’s face appear much taller though the real difference is a fraction of an inch.  Both drivers have gloss black crowns marked only by small “TSR” alignment aids. 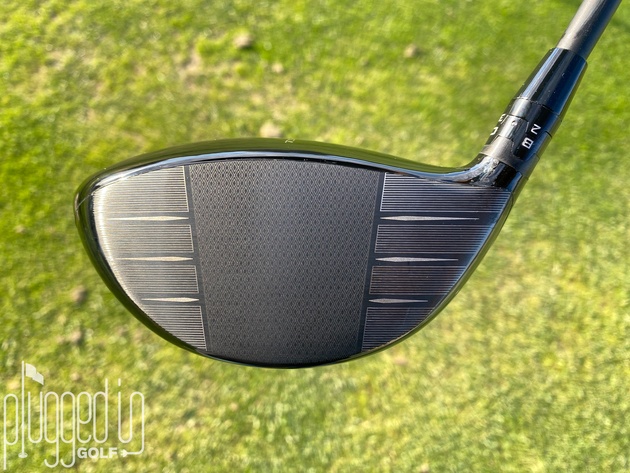 Even indoors, the Titleist TSR3 driver is whisper quiet at impact.  While I can appreciate a stout, thumping sound off a driver, there’s something about the combination of huge ball speed and tiny sound that makes me smile. 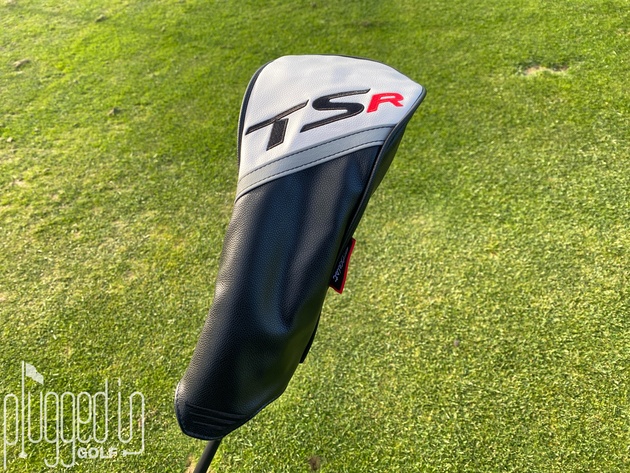 Something that the TSR3 shares with the TSR2 is the feel of impact.  With both drivers, the ball feels very light on the club face.  Impact still feels solid, but it’s as if the ball is afraid of bothering the club.  It tiptoes on the face before streaking down the fairway.

This being a player’s driver, there is ample feedback through the hands.  You could be half asleep and still clearly locate where the ball met the face.  In contrast, because it’s so quiet, there’s not a ton of audio feedback. 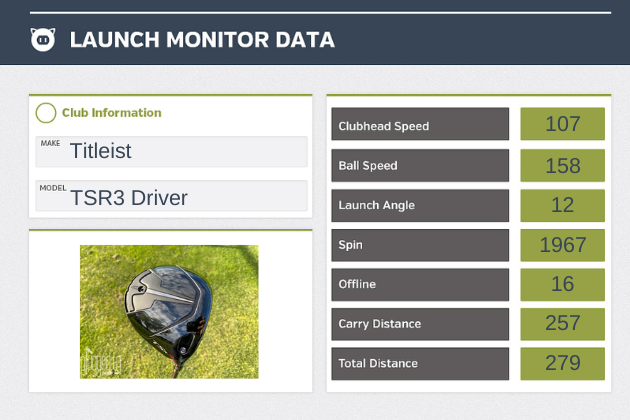 During our podcast [listen HERE], Titleist’s Director of Metalwood Development, Stephanie Luttrell, shared that there was a long list of things the Tour staff did not want changed from TSi3 driver [review HERE].  On one hand, that’s very high praise, but it did make it hard to know what to change.  Titleist decided to focus on speed, making the head more aerodynamic with a new “boat tail” shape that removes an element of drag from the sole.

Titleist also implemented a face design that’s entirely different from the one used on the TSR2 driver.  Where the TSR2 is designed to deliver high ball speed across the enter face, the TSR3 driver uses Speed Ring VFT to maximize speed in the center of the face.  To be plain, this means that the TSR3 is extremely fast on center but will shed speed when you hit the heel or toe.  The head still feels fairly stable on mishits, but this club is optimized for the high end ball striker. 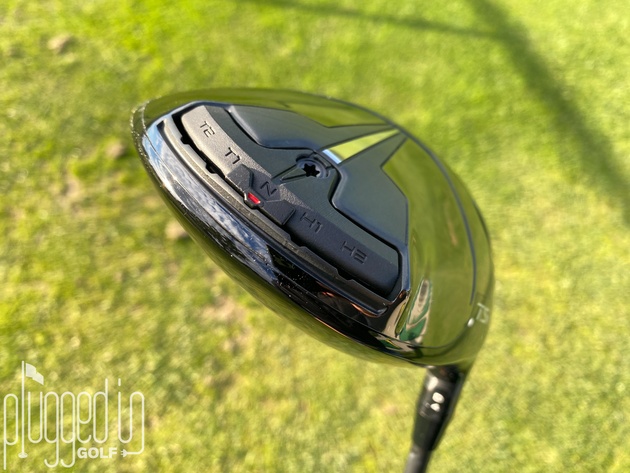 The other major difference between the TSR3 and TSR2 drivers is the level of adjustability.  Both feature the SureFit Hosel which, despite requiring a chart to interpret, I regard as the best in the industry for the number of options it provides.  The TSR3 goes a step beyond that with the SureFit Adjustable CG Track System.  This system gives players the ability to move the eight gram weight into one of five positions.  It is important to note that this system moves the CG over a fairly small range.  This means that it’s not going to be a slice-buster or a cure for hooks.  It’s meant to give players who consistently strike the center of the face a small tweak to their shot shape. 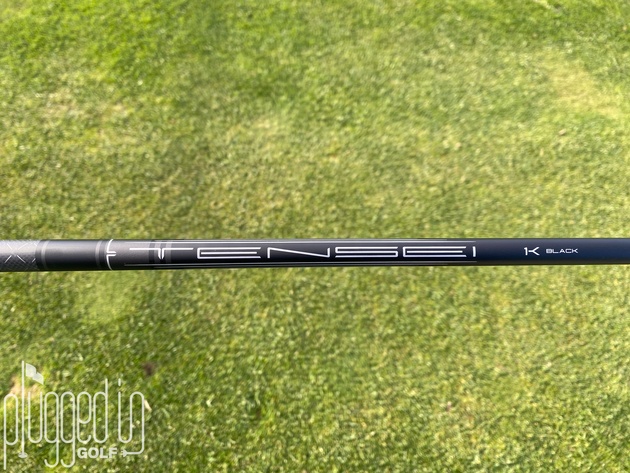 In terms of launch and spin, I found the TSR3 to be slightly lower than the TSR2 on both metrics.  The spin difference was not visible for me, as I’m already a fairly low spin player, but on my best strikes, I could see the TSR3 launching on a more piercing trajectory.  I tested both heads at the same loft – 9 degrees – with the same shaft – the Mitsubishi TENSEI 1K Black.  If you want even lower spin, consider the TSR4 driverHERE 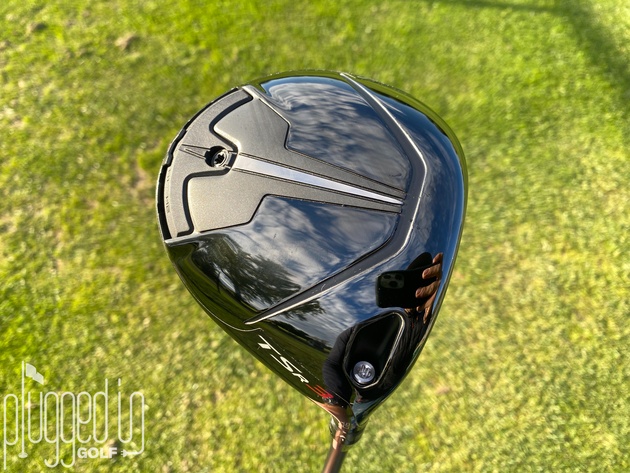 After several testing sessions, it’s clear why the Titleist TSR3 driver is the choice for so many Tour pros.  The shape is beautiful, and the sound and feel make it addictive to hit.  More importantly, everything from the face design to the adjustable CG is optimized for the player who consistently hits the middle of the face.  Visit your Titleist fitter to find out if the TSR3 can earn a spot in your bag, too. 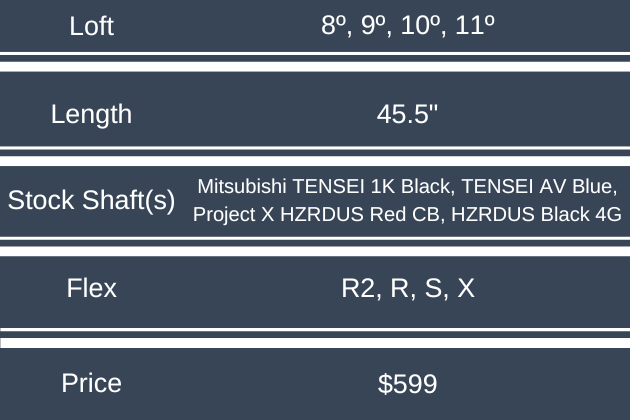