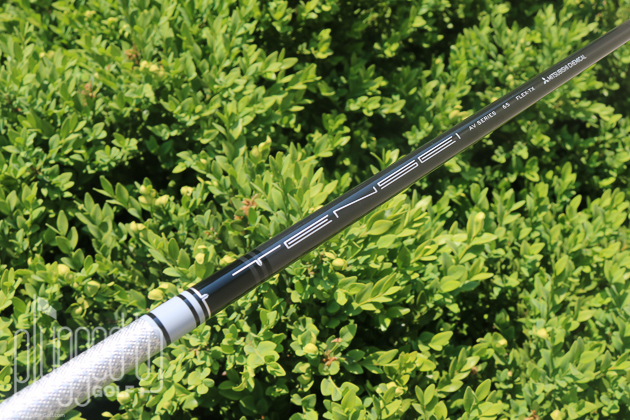 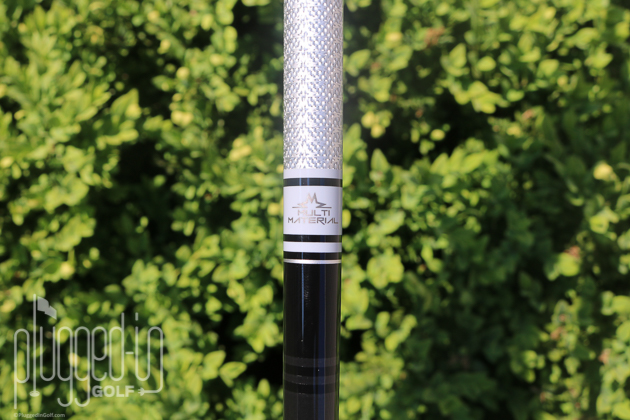 This past Thursday at the Travelers Championship, Rory McIlroy was paired with Bryson DeChambeau and showed that, despite his lack of bulk, he’s still a heavyweight with the driver.  His current shaft of choice?  The new Mitsubishi Chemicals Tensei AV Raw White.  I tested one to see why Rory and other PGA Pros trust it in their most important club. 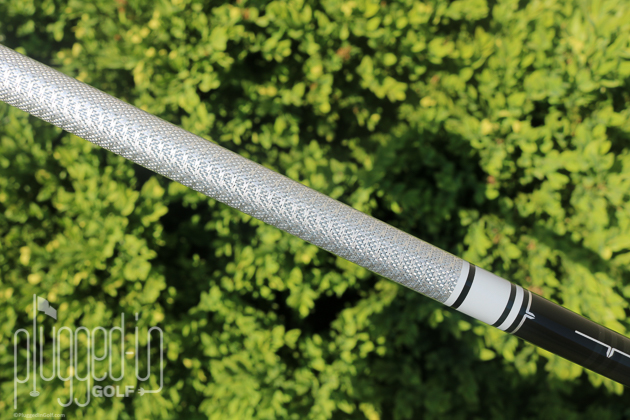 The eye-catcher on the new Tensei Raw AV White is the butt section.  An Alumnium Vapor (AV) Coated Weave is revealed by a raw finish, and the look is unlike anything I’ve seen before.

In the mid and lower section, this shaft is visually similar to its predecessors.  The Tensei branding dominates one side, and the other is plain black for those that want a distraction free “logo down” installation.  A thin band of white denotes which model Tensei you’re holding. 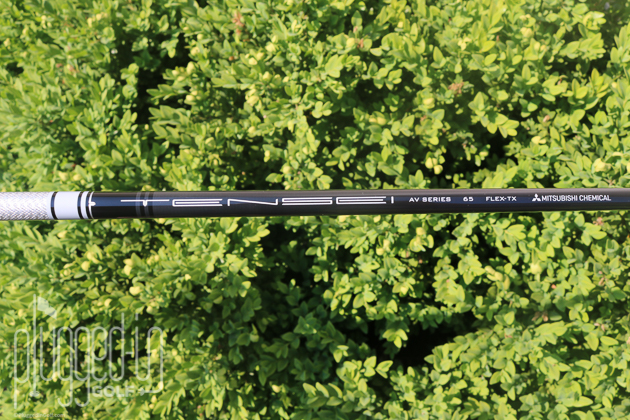 Over the last month or so, I’ve been dealing with a minor shoulder injury that has necessitated a much less aggressive transition and has cost me a little speed.  With this mind, I was afraid that the Tensei AV Raw White would be way too much for me at this time.  It took only a couple of swings to erase my concerns.

Despite having the stiffest tip section of the three Tensei AV Raw shafts, the White feels incredibly smooth.  As in, Diamana levels of smooth.  There’s nothing in this shaft that asks you to swing harder.  It’s definitely not active – there’s no kick to it – but it’s as far from harsh or boardy as you can get.

What makes it exceptional is that the smoothness is paired with a very stout tip.  Against my better judgement, I leaned into a couple swings and the Tensei AV Raw White just shrugged them off. 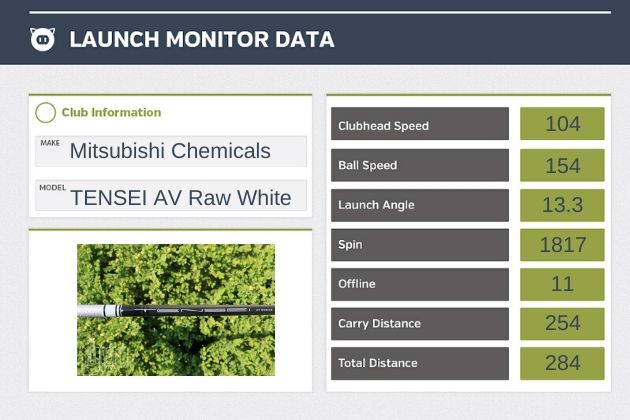 After seeing that Feel section, regular readers may be skipping this section because they know how it went.  In short: amazing.  The Mitsubishi Tensei AV Raw White is, along with the Diamana ZF [review HERE], the most impressive shaft I’ve tested this year.

Most golfers will agree that the number one thing we want is consistency, and that’s exactly what I got from the Tensei AV Raw White.  Shot after shot launched in the same window, with the same spin, and the same shot shape.  Because I knew exactly what the shaft was going to do, my strike locations were consistently good which meant I was regularly maxing out my smash factor and distance.

The biggest thing for me is that I knew the ball wasn’t going to hook.  I know I’m capable of hitting an ugly pull from time to time, but the tip section is so stable I was never worried about that unpredictable snap hook.  Having that kind of confidence on the tee provides a massive boost for my game.

The Mitsubishi Tensei AV Raw White is available in stiff, X, and TX at 65, 75, and 85 grams.  Compared to the first generation Tensei, this adds a third weight class but drops regular flex in favor of TX. 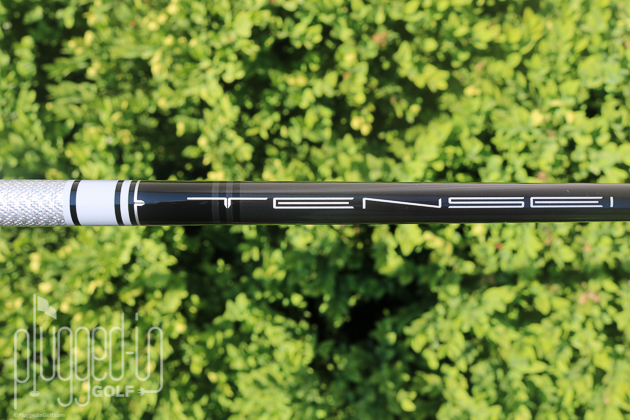 While no one is likely to compare my driving to Rory McIlroy’s, we may at least have some commonality in our equipment.  The Mitsubishi Tensei AV Raw White is immensely impressive and is a serious candidate to go into my driver for the rest of the season.  If you want low spin and more shot control, visit a Mitsubishi shaft fitter to try one for yourself.