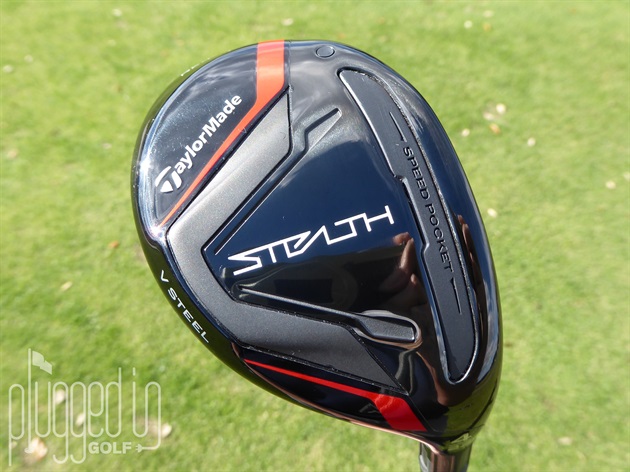 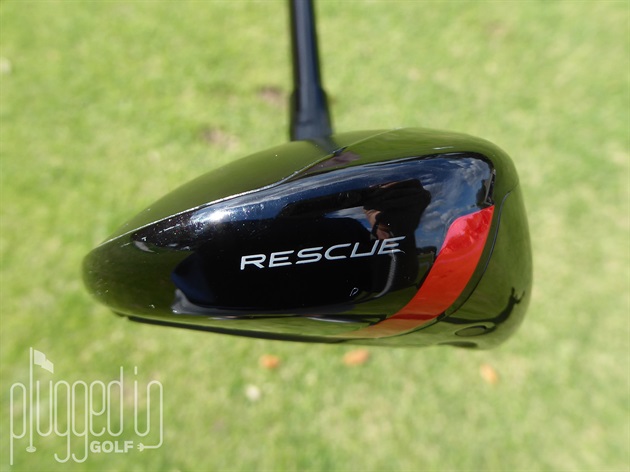 First off, thank you for reading.  Secondly, please note that I use the words hybrid and rescue interchangeably in this review.  TaylorMade coined the term “rescue” nearly twenty years ago when it was one of the early innovators of what are now commonly known as hybrids.  And finally, before getting into the specifics of the TaylorMade Stealth Rescue, it’s worth clarifying the Stealth replaces the SIM2 Max [full review HERE].  For the players version, Stealth Plus [review HERE] replaces the SIM2 [full review HERE]. 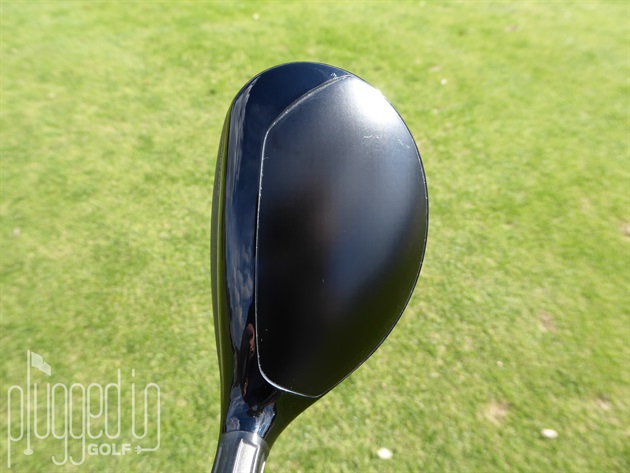 The most obvious difference in appearance between the SIM versions and the Stealth rescue is the all black head.  I like that TaylorMade used a gloss finish for the face framework and a matte finish on the crown to maintain visual interest.  And true to the Stealth name, I didn’t even notice the raised text on the trailing edge until reviewing photos. 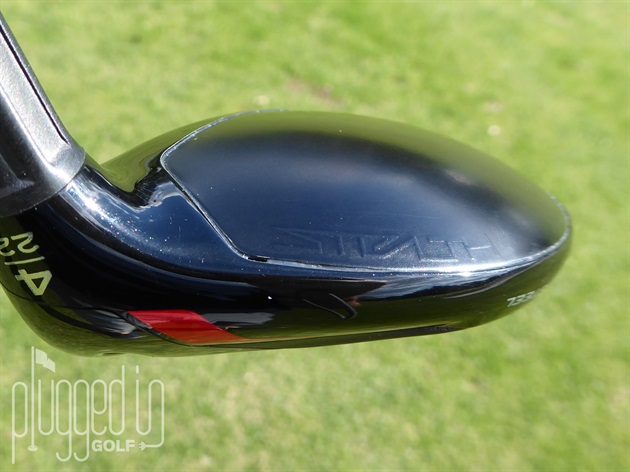 At address, the Stealth Rescue sits ever so slightly closed.  There’s no mistaking the Stealth as a full size hybrid, but the balance of dimensions and symmetry keep it eye pleasing.  Same goes for the face on view. 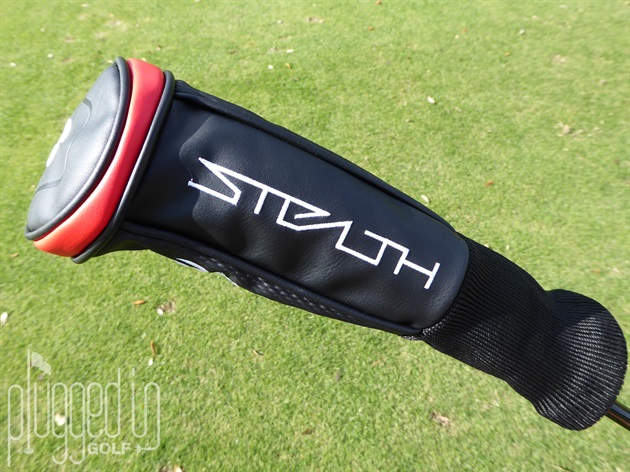 Besides the obvious trim color variations, the sole of the Stealth is reminiscent of the SIM2.  There’s a lot of elements, but TaylorMade kept the sole harmonious and intriguing.  And stealing a line from my irons review [LINK] “the font created for the Stealth family is picture perfect. “ 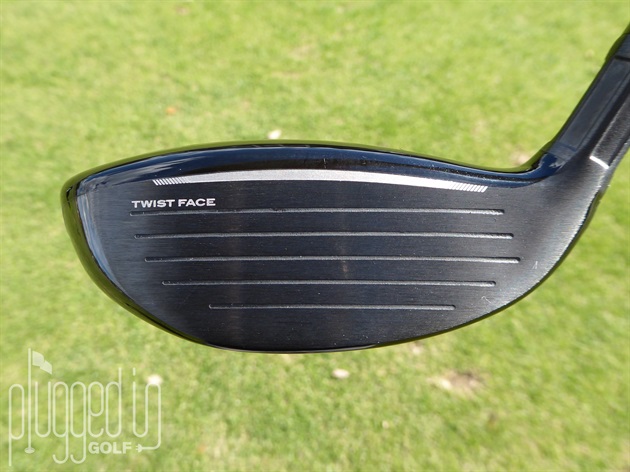 The TaylorMade Stealth Rescue produced a mid-volume, hollow “wrack.”  Not a real word, but an apt descriptor for the sound that fell somewhere between a whack and a crack.

Contact felt crisp and powerful.  Impact feedback wasn’t a pinpoint sensation, but general location was clear.  My deduction is that the flexibility created by the Thru-Slot Speed Pocket somewhat dampens feedback to both the ears and hands. 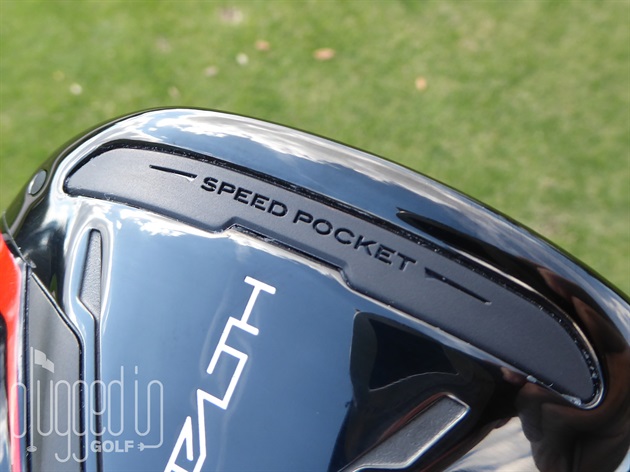 The one word that kept coming to mind hitting the TaylorMade Stealth Rescue was ‘consistent.’  Consistently high trajectory, consistent distances and a consistent right to left ball flight.  Let’s delve into each of those more closely. 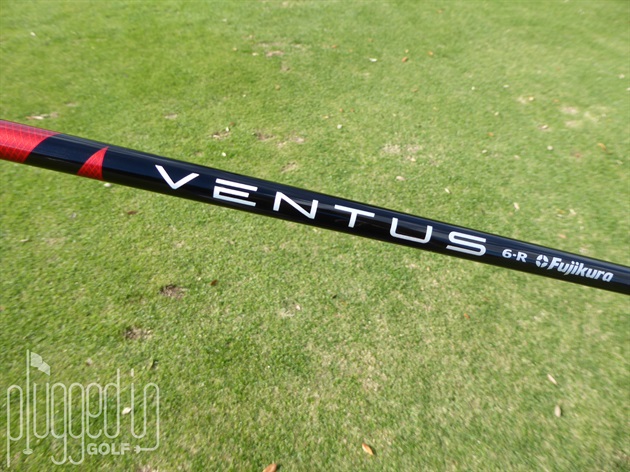 The high launch can be attributed to three design elements: the carbon crown, the V Steel sole and the Ventus Red shaft.  TaylorMade designers saved 7 grams in carbon composite crown and reallocated the weight lower in the head.  At the same time, the relatively heavy V Steel sole also promotes high launch – as well as smooth turf interaction.  Add in the high launch profile of the shaft and you have a great recipe for getting the ball airborne. 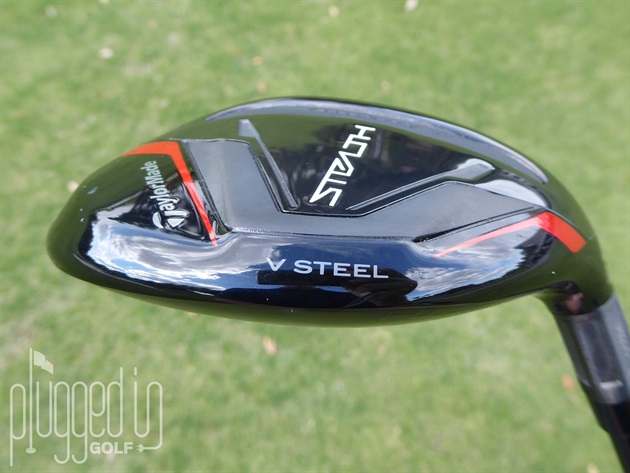 Reviewing launch monitor data, ball speeds were strong and power losses on mishits weren’t overly penal.  I was achieving 200 yards on good strikes, but even my dreaded thin shots were rolling to 185 yards.  I thank the afore mentioned Thru-Slot Speed Pocket for maintaining ball speed on low on the face shots.  And the good rollout seems a product of the low spin rate design incorporated into the high-strength C300 steel Twist Face.

The one element that didn’t fit me was the draw bias.  I applaud the consistency, and the Stealth Rescue will benefit many golfer that struggle with a slice.  But for someone like myself who’s been working hard at eliminating hooks, the lack of adjustability really stands out. 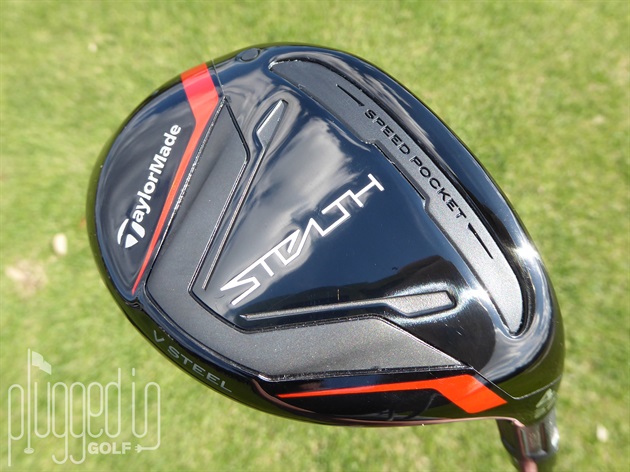 The Stealth Rescue may lack the carbon face of its bigger siblings in the new TaylorMade carbon wood family, but the DNA proves out in performance.  High launch and low spin with plenty of forgiveness – a great combination for consistency.  The more classic look should have a broader appeal, but make sure the draw bias suits your game.  And for all you true golf geeks, check out the video tour of the new TaylorMade Tour truck [LINK] – you can thank me later. 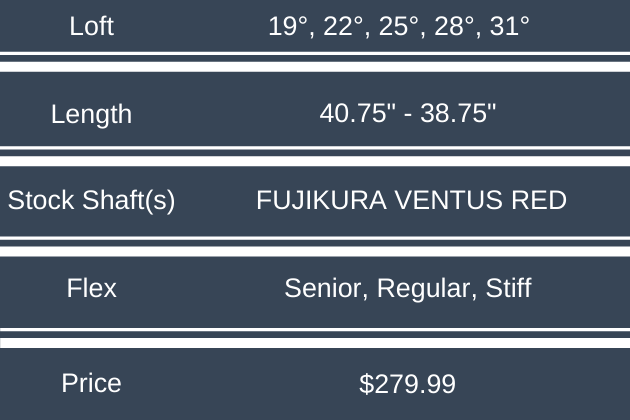