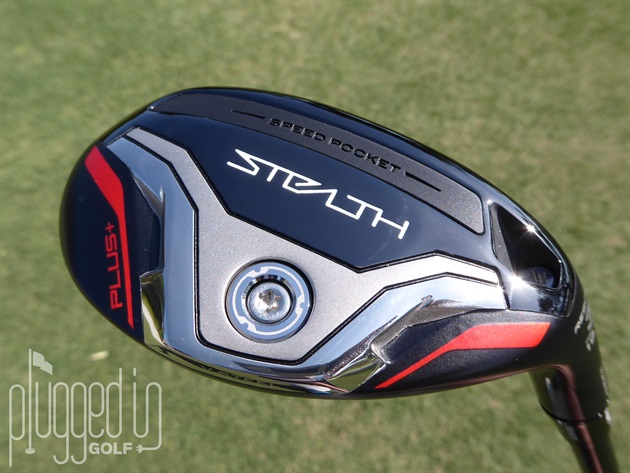 The TaylorMade Stealth Plus Rescue delivers mid-launch and mid-spin – a great combination for shot shaping in a hybrid.  Good forgiveness for its compact size.  Adjustable hosel a nice bonus. 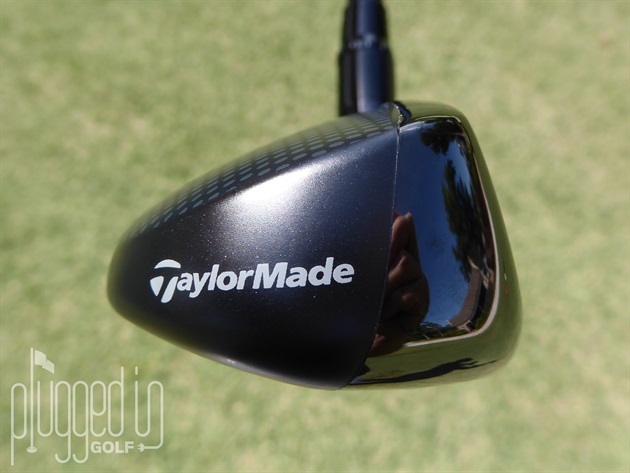 It wasn’t all that long ago that the word “hybrid” translated to “the old guy/gal can’t hit long irons anymore.”  And while that may still be accurate, the truth is that today you can find hybrids – or rescues as TaylorMade refers to them – in the bags of touring pros as well as those of us older folks.  To cover that wide range of needs and abilities, TaylorMade offers two models:  the friendly Stealth Rescue [full review HERE] and the player-focused Stealth Plus Rescue.  TaylorMade sums up the Stealth Plus Rescue as:  “designed to deliver the distance and forgiveness of a hybrid with the workability and control of an iron.” 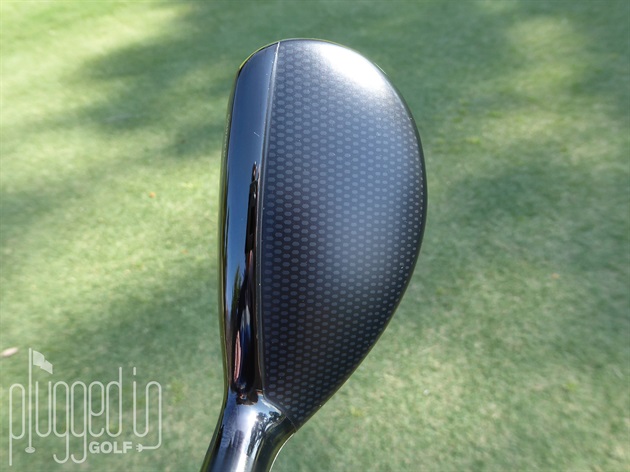 The TaylorMade Stealth Plus Rescue has a look that should be appealing to better players.  At address, the slim, pear-shaped profile and compactness beckon for a precise strike.  The clubhead sits square and in harmony with the thin and straight metallic topline. 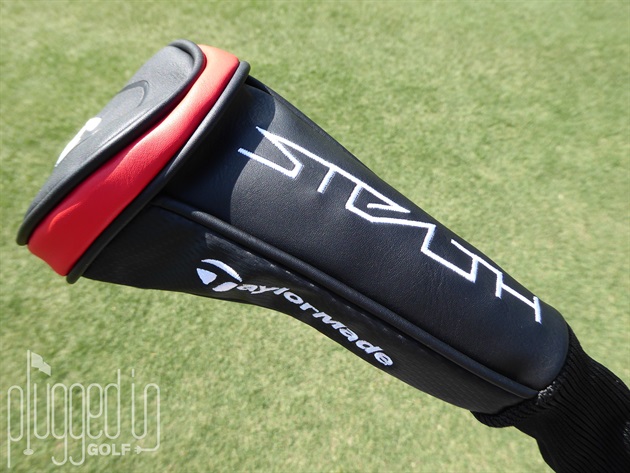 Face on, the Stealth Plus Rescue displays its high, square toe that mimics an iron.  I like the curvature of the bottom of the face.  To me it makes the statement that it’s ready to catch it pure from the fairway or glide through the rough.

Although there’s a lot going on with the sole, the designers appear to have been driven by technical purpose rather than marketing pizazz.  The mix of metallic finishes and angularity reminds me of snapshots of slick sports car engines where a lot of power is packed into a compact spot. 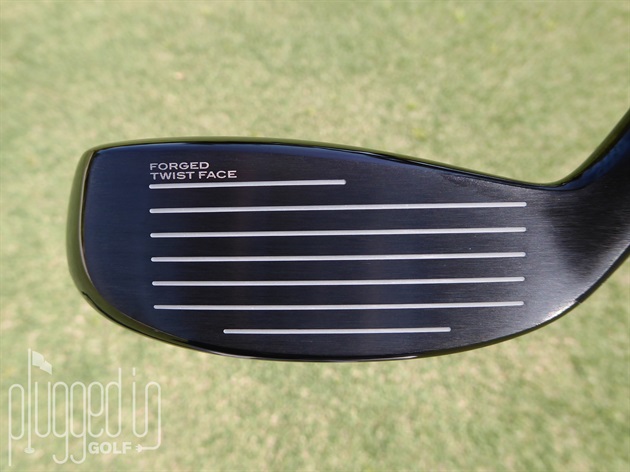 The TaylorMade Stealth Plus Rescue felt crisp, solid, and powerful.  It was difficult to discern precise contact location, but it was clear to my hands when I didn’t strike the ball solidly.  I attribute the limited feedback to the flexibility created by the Thru-Slot Speed Pocket that runs the full length of the face.

Sound was also fairly consistent.  With urethane-covered balls the sound was a mid-volume “crrack” – yes, with a second ‘r’ to emphasize what seemed to be extra contact time on the face.  “Solid” again came to mind. 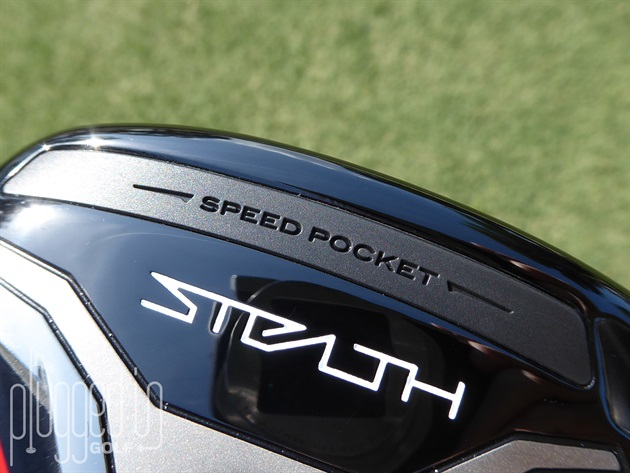 Even though many of the Stealth Plus Rescue’s design elements (high-strength C300 steel face, V steel sole, and Thru-Slot Speed Pocket) are the same as the Stealth Rescue’s, the way the TaylorMade designers implemented them resulted in notable differences in performance.  The most visually obvious difference was trajectory – mid for the Stealth Plus.  TaylorMade paired the mid-launch with mid-spin, making the Stealth Plus green receptive and also workable. 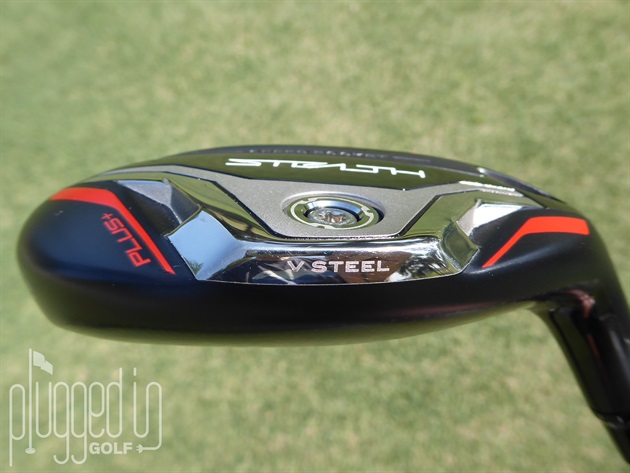 Workability was definitely dependent upon strike quality.  I was able to work the ball both left and right with good contact.  Slight mis-hits lost most curvature.  This shouldn’t be too surprising if you’ve absorbed the hype of TaylorMade’s Twist Face technology, which is designed to “give everyone straighter shots on mis-hits.”

When striving for a straight shot, my mis-hits lost around 20 yards.  A bit more penal than with the standard Stealth Rescue, but understandable based on the spin attributes and compact nature of the Stealth Plus.  What I grew to appreciate over time was the consistency of the Rescue Plus.  I knew exactly how far a good or poor strike would go – a valuable attribute when considering the carry on a hazard. 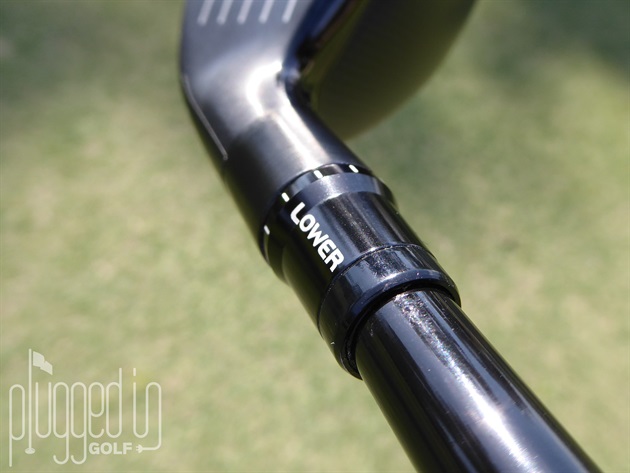 One major design element exclusive to the Plus version is an adjustable hosel.  For the better player looking to dial in performance, that can really tip the scale on deciding between the two models – or even going with a driving iron. 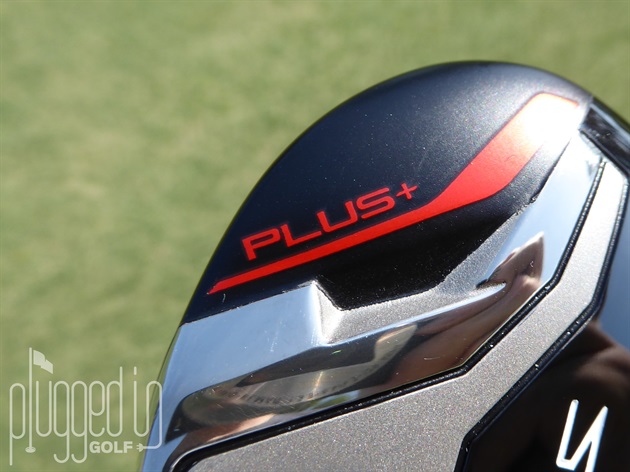 I have no doubt that TaylorMade club designers utilized their vast stable of touring pros when developing the Stealth Plus Rescue.  It’s not that you have to be a scratch golfer to game the Stealth Plus Rescue, but it’s clearly geared towards stronger players.  To emphasize my point, take a glance at the chart below and note the focused loft and shaft options.  That said, if you’re a good ball striker and want performance in the gap between your woods and irons, the TaylorMade Stealth Plus Rescue is worthy of a try out. 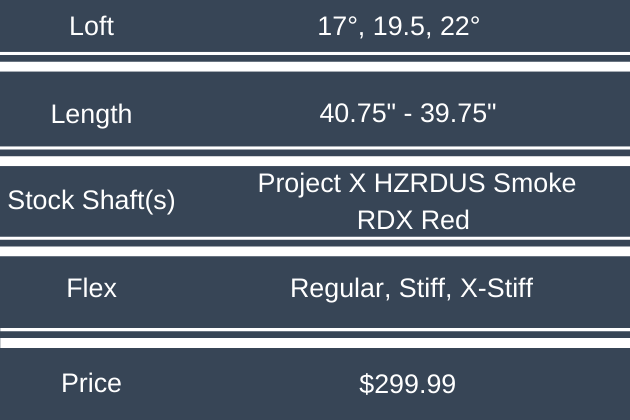