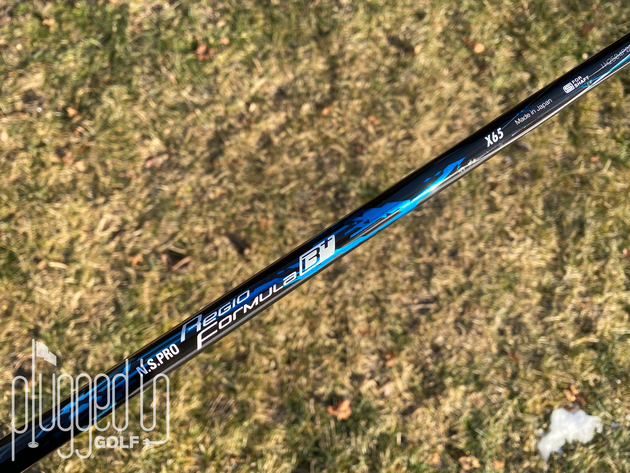 The Nippon Regio Formula B+ shaft is designed to pair seamlessly with the Modus 120 iron shafts.  Subtle kick with plenty of stability.  Steady, consistent performance. 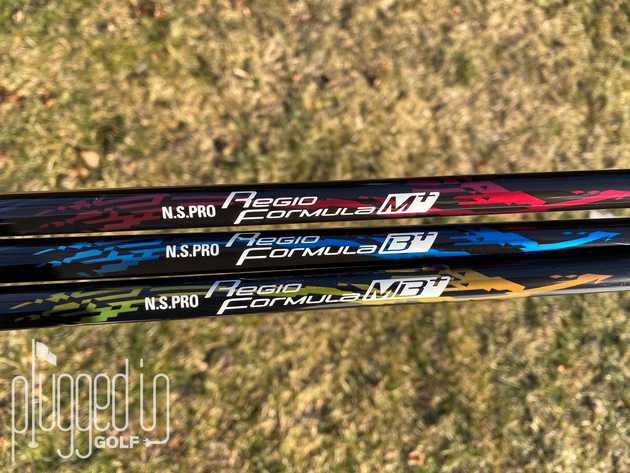 Most golfers know Nippon for their outstanding steel iron shafts.  From the lightweight options like the 950 GH neo [review HERE] and the flyweight Zelos [review HERE] to the Modus family with all its professional wins, Nippon makes something for every player.

What many golfers still don’t appreciate, however, is that Nippon also manufacturers elite graphite shafts.  With the second generation of the Regio Formula line, they’re introducing a concept that seems long overdue – matching your wood shafts to your iron shafts. 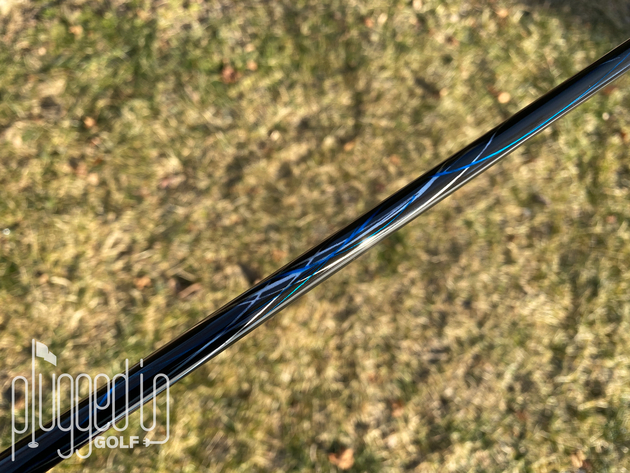 Like the other shafts in the Regio Formula + family, the B+ has a black background that’s a step up from the previous version’s white, in my opinion.  Regular readers can probably guess that the blue of the B+ is far and away my favorite look in this family.  It looks great in the sun, but doesn’t cross into “Look at me!” territory.

My favorite thing about the look of all of the “+” shafts is the swirl of silver and colored ribbons that run down the “logo up” side.  It’s a subtle design that looks great without screaming for attention. 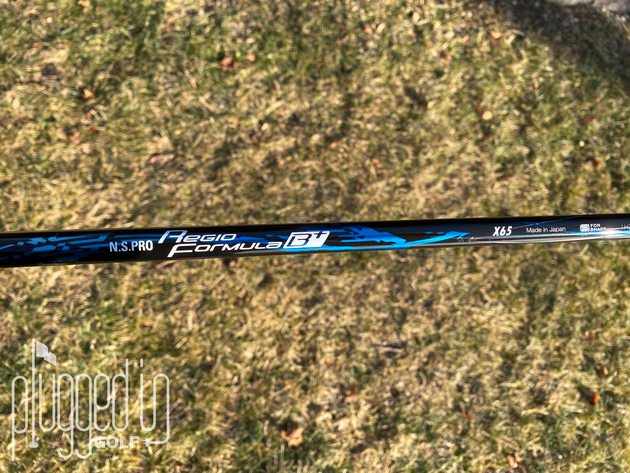 The original Formula B was extremely smooth with a firm tip and more active mid and butt sections.  Nippon uses that same recipe for the Regio Formula B+, but with every section made a bit firmer.  The result is a shaft that gracefully transfers energy to the golf ball without feeling out of control.  Swing after swing, I knew I would get a subtle kick just below the grip. 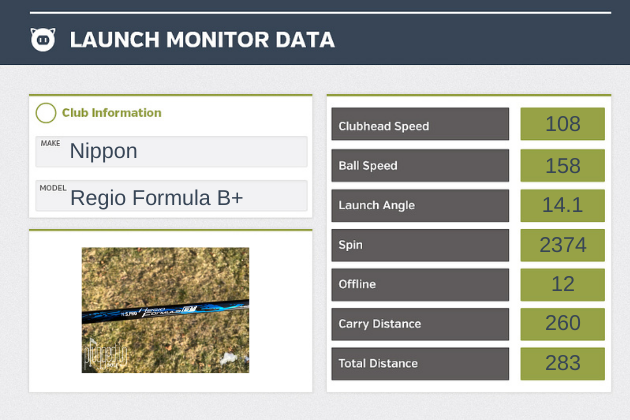 When I tested the Regio Formula B+, what stood out to me was the consistency of the shaft’s performance.  Just as the feel was the same swing after swing, anytime I made a good pass at the ball, the result was nearly identical.  I saw mid launch, mid spin, with a tight draw.

While I was impressed with the Regio Formula B+ on its own merits, what shocked me is how well Nippon has mirrored the Modus 120.  My experience with the two shafts was practically identical.  In both cases, I really liked the feel, and the performance was very good.  The downfall for both was that I can’t help swinging like an ape sometimes, and Nippon makes shafts (Modus 105/Regio Formula MB+) that give me a little more insurance against those aggressive fits.  For the player with a smoother transition, the B+ will be an A+ choice. 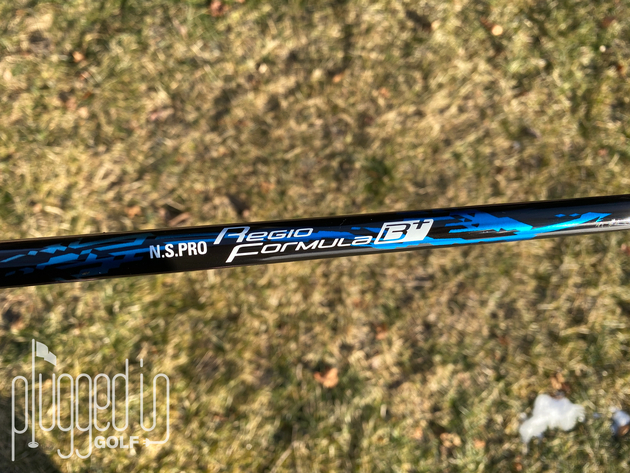 It’s time for golfers to realize that Nippon makes more than just great steel shafts.  The Regio Formula B+ takes an excellent offering and dials up the control to perfectly suit the Modus 120 player.  Whether you game the Modus 120 or not, make sure to include the Regio Formula Plus shafts in your next fitting.